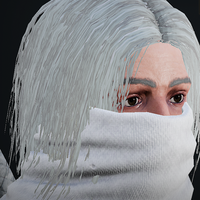 Besides your title's hyperbole (you know balance updates won't stop after release), I'll go through a few things I know are either tentative, are in the pipeline or have been discussed.

We've suggested to start with 25ms windup increase and 50ms feint window decrease. But changes are coming at some point so just gotta wait and see.

Shields:
I personally think they really require mechanic changes, and I assume marox is busy with other stuff. Either way, as long as they're not entirely OP or weak at release, it'll be ok for awhile.

1vX:
Tentative easy parry riposte buff in the pipeline, plus some other mechanics to help punish purposely missed attacks.

The easy parry one would be a buffed riposte (still up in air on specific buff, could be damage, speed, knockback, etc) after you do a parry into parry, riposte into parry or chamber into parry. This would help with your chamber desire as well.

Again, an actual mechanic change, so I assume will come when programmers can get to them.

I think some of the sameness comes from timings/releases not lasting forever like Chiv, and from using the procedural animations. Not much to be done about that though.

This isn't necessarily a defense, just my thoughts and what I have seen discussed. Balance wise the game is in probably the best spots it's been, so I'm happy mostly.

I didn't have the issues with not getting into games. Once I got in an active server, it was a pretty quick loop of playing till death/win then switching to the new server where everyone else was waiting for game start. I have an SSD so load in game quickly, but I definitely saw some others having issues loading in late.

As for gameplay, I had a lot of fun with it and liked it more than FL, and I hate BR games. I think at the moment the most skilled players will have the most fun. Once the playerbase isn't sweaty tryhards mixed in with others, it should even out somewhat for everyone. It's pretty easy to get to the end game just avoiding fights and scavenging stuff near the end, but the games weren't full earlier.

Are the chests in the dungeon affected by your graphics settings? I could instantly tell after a round or so which were real and which were fake just by the look of them.

BR is the most fun I've had in this game

@Frise said:
Imagine thinking the only way to make stab feints reasonable is to give us chambers to crutch read. Imagine lacking that amount of brainpower to think past a single step.

Imagine thinking stab animations will ever be readable or thinking anything like that will change before release, or that removing chambers altogether will be healthy for a game where they're used as a soft read for feints or to pressure when you don't have initiative. Imagine thinking that making parrying more difficult will lead to enjoyable team combat when parry is already shit to begin with. Imagine having a chin. I love just being able to be absolutely invincible in all situations because of FTP and CFTP, wait nvm im not and ur just fucking wrong lmao

@GIRUGIRU said:
Well, you appear to be rather upset

If i had to explain the games mechanics to aggressive, arrogant people like you, i wouldn't be able to pay my bills and go to work because i would be here explaining to you the games fundamentals, which you don't quite seem to understand

I suggest you stop with your arrogance, I have thousands of hours balancing melee slasher, and i am very good at the game, therefore i know more than you

I have no respect for you. If you can't help but talk down to all those around you, you have a mental issue.

I've just about had enough of the arrogance of Giru Giru. This child comes into our forum after belittling and humiliating and upsetting backers who are simply trying to enjoy the game and make it fun for everyone to play. It is high time some justice was brought to the forums and the game. BAN GIRU GIRU!

Well, you appear to be rather upset

If i had to explain the games mechanics to aggressive, arrogant people like you, i wouldn't be able to pay my bills and go to work because i would be here explaining to you the games fundamentals, which you don't quite seem to understand

I suggest you stop with your arrogance, I have thousands of hours balancing melee slasher, and i am very good at the game, therefore i know more than you

Seeing as you're attempting to derail after being disproved, just to clarify:

You already have many, many ways to punish a miss. The only potential justifiable reason to add lockout in a game based around freedom because CFTP is instant it can look weird - but the downsides of adding ur silly little idea vastly outweigh that and it doesn't take a massive post with 99% irrelevancy to address that either

All people are gonna do is miss and run away after, will look retarded. There are already many mechanics for punishing misses already, garunteed damage is just a very silly and not well thought out idea especially for a skill based game

This thread only got traction because we're all bored waiting for patch, I hope I don't have the displeasure of reading something so stupid again

@Naleaus said:
It's a lot of possibilities and the back and forth of initiative seems more interesting to me than just taking damage because of a timing nerf.

It's really not a lot of possibilities. It's the same fucking possibilities that exist at any other moment in combat that you didn't just out-play your opponent in a very blatant way through footwork and timing.

That's a different issue. It's not that the possibilities don't exist, it's that you don't like them, which is fine. You outplayed your opponent through footwork and timing, you're rewarded with initiative without using stam through parrying to do so. Once you have initiative, it's up to you to make the play.

@Frise said:
Getting to morph/feint/drag to punish a whiff is not a punish, it's just getting initiative back, since the whiffer can combo-feint and start reading. Conceptually, it also turns interesting plays into more of what the combat already revolves too much around. And as we learnt from Chivalry and shields in this game, balancing through stamina is a boring approach to combat design.

The morph/feint/drag is the counter to the counter. The original punish is attacking their miss. They counter with CFTP, you counter with a morph/drag/feint. However they could instead just combo feint and read as you said, which is a counter to your counter. It's a lot of possibilities and the back and forth of initiative seems more interesting to me than just taking damage because of a timing nerf.

@rob_owner said:
i think i value training over intuition. Accept the rules of whatever fighting environment, so it doesnt matter what scenario you give.

That's completely beyond the point. This discussion's point is to make the game better by making the combat intuitive. It's not about complaining vs adapting, it's about providing feedback during the alpha to improve the game, because that's the fucking point of the alpha.

There's two ways to look at intuitive in this situation. One is what they see visibly when attacking someone that misses. The other is what they know is possible through extension of the mechanics in the game.

Preferably you'd want both without diluting either. In this instance though, I'd lean more towards the mechanics taking precedent, as punishes do exist and very much work. The animation could maybe be changed without affecting timings to better denote the difference in vulnerability between entering recovery and comboing, but there's always going to be some that appear instant or whatever.

I personally don't think there needs to be more punishment for missing than there already is. I also don't have much issue with matrixing and other dodges not being rewarded more.

I guess they never miss, huh

instead of saying the word intuitive, use its definition.

that sentence makes it sound like you cant punish mistakes, a brazen exaggeration.

If someone feints you, and you read it, and you go to punish, they can parry. Do you think that is an oversight? Why not put a lockout in that case?

There is no default intuitiveness. The game has its rules. Some people think morph matching was intuitive, what I mean by that is they did it on instinct. I saw shroud attempt it a few times.

I thought the length of my blade would play a role in stab chambering so I could counter stab drags with a long zwei because of how the stab animations look. I thought that was intuitive. I never considered this combo feint thing to be intuitive because of the rules I accepted. The attack, recovery, combo, combo feint, etc. I accepted the mechanics. What i'd want is for recovery to be super obvious so you can read if you should do a mixup or just hit them, I would prefer that over your thing. Easily being able to tell if someone inputted a combo.

this thread is legit hilarious

U can just morph, if they gamble, accel, otherwise drag or feint

Misses are extremely punishing it's just a l2p issue