I mean this in the nicest way possible but would you kindly fuck off with the copy-paste king objectives in every single Invasion map.

Enough, im sick of the salty children building walls and spike in the starting areas to prevent players from leaving, or trap spamming their own team.

Also: I'm not a fan of the new default class changes. I liked it better when the baxe boys had flesh wound and a secondary weapon, instead of an unGodly amount of throwing axes. Also Raider class should've stayed T2 torso.

Knights with bandages played out better than Knights with flesh wound. Also the bandage encouraged them to play smarter and understand the ebb and flow of team combat and to heal... pretty sure having flesh wound just encourages them to go berzerk caveman like the Raider class was built for.

Also why is cleaver in the game? It hacks apart armor like it were a 3 pt weapon and should definately be more htk against T3. Anyways, archer class should not have cleaver, it lets them spam apart wounded melee players and win with spamming rmb alone. Yeah dagger like previously may have been too weak for them but there is a short sword and I think that would be best for the class.

Did we really need to give Estar on a beginner class? I feels like Estar has been nerfed in release which is good but its still a really powerful build to give ti newbies, especially with T3 torso. Alot of the medium looking beginner classes take alot of hits and play like Knight load outs... but is there even a real medium load out anymore?

The rapier class is prolly the coolest but is obviously very weak... Not sure if it needs a buff or not but just pointing out that it's almost useless lol

Everyone keeps buying Targe and getting surprised it doesn't have held block (LOL.) There really should be a 1/2/2 class with AS and Targe so it plays like the rat class and raider class combined... but with blood lust perk or dodge/second wind. So it plays both stamina warfare/kiting like Chiv MAA in duels and maybe gets full health when finishing people off in the melee chaos.

Just my feedback on the default classes.

Ok but can we talk about how powerful throwing axes are?

I don't really have a problem with archers, they're very weak imo... but 50 axe boys throwing their axes at me isn't so bad but it only takes 1 or 2 to leave me at 1htk despite full T3. Throwing axes are just too powerful against armor that should be relatively immune to those tiny axes.

Also, knight having Flesh Wound is confusing a lot of new players, and it becomes so annoying after playing for an hour.

@Judas_Iscariot said:
Any idea on the ETA for the fix? Was an Alpha backer and already had 2 years of not having progress mean anything. Little demoralising that it still doesn't mean anything on release. Missed out on about 5k gold by now. 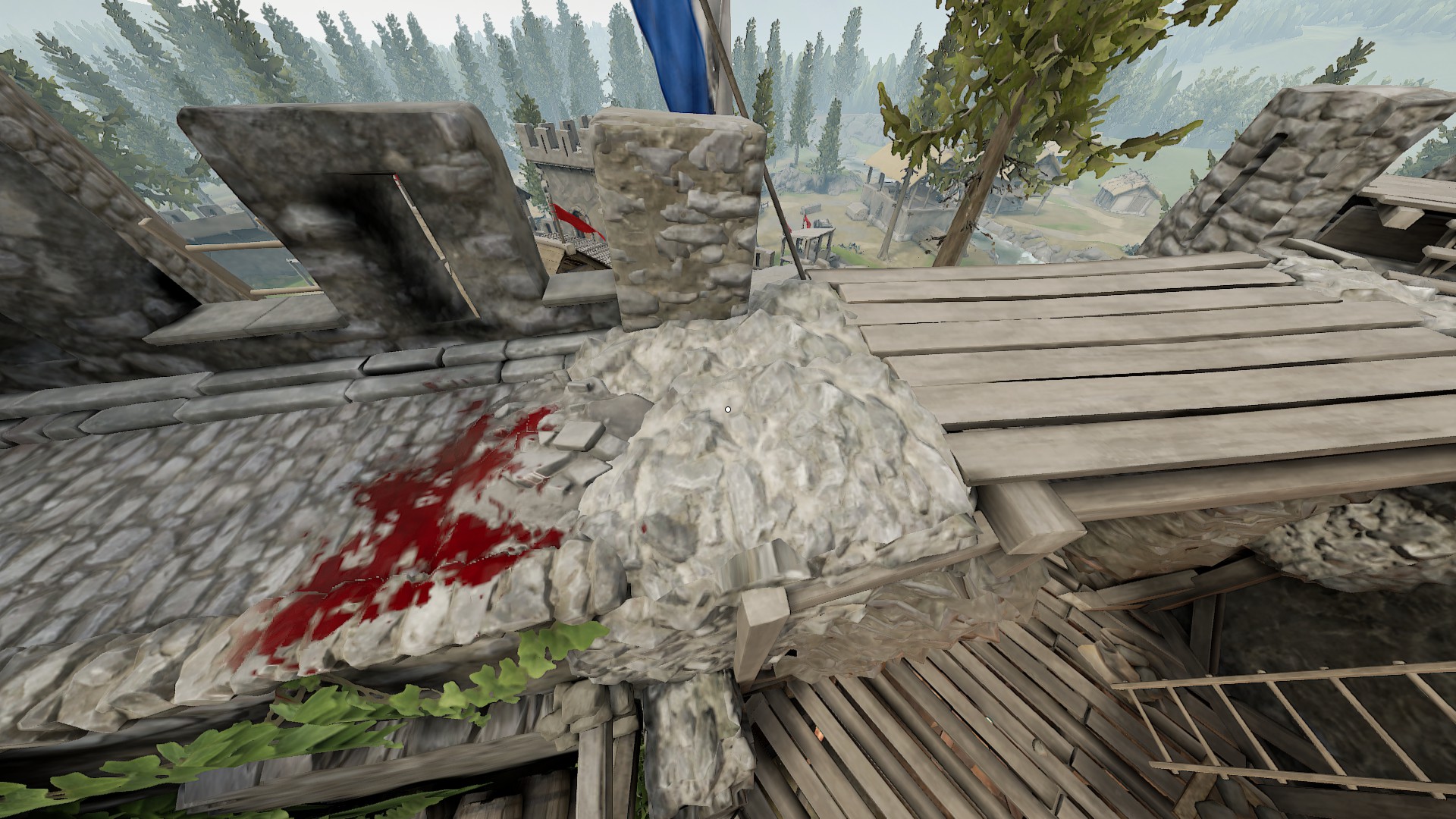 TL;DR - Overall, FL is missing the "soul" of TO because it feels like a disconnected, endless slog of a battle that looks awesome on paper and has great cinematic ragdoll-style effects but ultimately feels like TO's sloppy seconds because it doesn't feel like there's any thread of a story running through each area/objective.

FL seems like it's missing the "soul" that TO once had. If we take everyone's favorite Dark Forest as an example, it feels like both teams are going through a sort of story as the match progresses. Sure, the lore is minimal and pushing the cart is simplistic, but little flavor elements and varied objectives like spilling the corpses into the cistern to spread plague or having two people stand on either side of a gate to lower it, combined with the final epic siege of the fort to kill the royal family, all lead to the player feeling like there's kind of a "story" as the game goes on.

Plus, you'll start to recognize the exceptional players on both teams as the match goes on. You might see a guy with a gold helmet 1v3 and go wow, I better steer clear of him. Then you remember his name and he becomes almost like a miniboss as he's defending the royal family. These mini rivalries create sort of a meta story, combined with the lore elements of the objectives, that make each match of TO memorable and enjoyable even if you occasionally die from a catapult or some nonsense firepot.

FL has almost none of this because the objectives themselves (points and carts) don't really do anything significant. Throwing fire onto blue team's camp tents is neat and a nice throwback to chiv, but the explosive carts and holding points feel sort of uninspired. Perhaps part of that is because they they dont change the terrain at all.

Even in a linear TO map like Dark Forest, you'd have plenty of unique areas to fight around during each stage of the objective. The first two sections are simple with small wooden structures and bridges, but thanks to a bit of verticality they remain interesting (think of the second wooden platform layer during the cistern stage (the one with the gate that two people have to stand on each side to lower) and the log bridge at the royal family part). Whereas FL, or at least Camp, is mostly just a big flat battlefield. Kinda boring. And maybe part of that is because it doesn't change. With TO maps, unique and interesting areas might not last more than a few minutes, so if you want to try something unique, you'll only have a few chances to do so. The experience remains novel in the player's mind because it doesn't last very long, so the fights they have there feel like they have a history and not like it's just a big battle where your last fight could've happened in this match, the previous one, or any other random moment of playing FL.

The attackers have a solid goal to push toward and they know they can make reliable progress that won't be reversed, so they can feel happy about their death if they know it helped push the cart just a few more inches. Whereas defenders can feel extra satisfied when they do finish someone off and clear the cart. They know that they just have to last a few more minutes and they'll win, whereas the attackers need to beat them back just far enough to get the next objective and add more time. Those moments are climactic and exciting because there are reasons to try extra hard during those moments.

Overall, FL is missing the "soul" of TO because it feels like a disconnected, endless slog of a battle that looks awesome on paper and has great cinematic ragdoll-style effects but ultimately feels like TO's sloppy seconds because it doesn't feel like there's any thread of a story running through each area/objective.

as you can see, no need for further discussion.

please close this thread and all other shield threads

Those who think shield is useless, please list ur diet plan and whatever u smoke afterwards. I need that shit.

Refusing shield duels is perfectly acceptable, shields offer very little practice besides hopefully surviving long enough to outstam and last much longer than a normal fight. Once you've won a shield duel you know everything about fighting shields

@Frise said:
Imagine thinking the only way to make stab feints reasonable is to give us chambers to crutch read. Imagine lacking that amount of brainpower to think past a single step.

Imagine thinking stab animations will ever be readable or thinking anything like that will change before release, or that removing chambers altogether will be healthy for a game where they're used as a soft read for feints or to pressure when you don't have initiative. Imagine thinking that making parrying more difficult will lead to enjoyable team combat when parry is already shit to begin with. Imagine having a chin.

Honestly I thought whiff punishing was in a great spot before the introduction of stam recovery on hit.
If you were skilled enough to force misses and punish your opponent's poor stam management while remaining aggressive you were rewarded by winning the stam war.
But now that stam on hit exists punishing whiffs and poor stam usage is much more inconsistent since you can regain anywhere from 13-20 stamina by landing a single hit.
I feel like this greatly encourages more brainless combo/morph feint spam because poor stamina usage is much more difficult to punish.
I really don't know why this mechanic was added, did anyone think it was necessary?

you can't punish anything in Mordhau desu

Jax said "they are looking into making misses more punishable" like last August? and that was the end of that. There are a lot of visual issues with head gore from blunt weapon damage.

This, in my opinion, looks terrible. I'd have rather seen a broken neck and some crushed metal bump map decal on the helmet or some other alternative. If there is no helmet, there should maybe be some crushed head model or some other localized wounds on the head. I'm no game designer so I don't know exactly what's feasible, but I think nearly anything would look better than my magic hammer turning someone's head into chicken nuggets.