Simple quality of life suggestion that would be nice to have:

Add an option/toggle in the load out customization screen that allows us to see what our character will look like in frontline on red team or blue team.

If smoking causes cancer, why do people that don't smoke get cancer too?
Checkmate, atheists!

What if it was never about realism and in reality it was an emotional reaction stemming from neophobia and then internally these people have rationalized it as an issue of realism while in reality they simply applied the concept of realism to it because they couldn't internalize that they have a fear and possibly dislike of social groups they don't consider themselves a part of because of their highly tribalistic upbringing.

I mean there is the alternative that they're all just lying bigoted pricks which is equally possible but I like to give some credit. At any rate bring back Battlefield 2142. While we're at it, can we have turd on peasant weapons list too?

there's gotta be a better purpose to it... can it be thrown?.. try throwing it at a horse, occupied by and enemy or something.
maybe it'll stop it or something

You can couch with carrot on horse. And it can be thrown.
But somehow it has a different stats than carving knife(which it looks and sounds like). [3] Shoulder Bash : performing a kick after sprinting more than 5 seconds will allow you to do a shoulder Bash over a short distance. The first enemy you hit will ragdoll

[1] Spring : you recover faster from ragdoll (you could take 1 hit instead of 2)

@Xatrian said:
people who sacrifice leg armor are the ones who die to bear traps

These two and Acrobat would synergize well together for people who want to incorporate taekwondo into their Mordhau play (I mean shit, we already got horse archery which is a super Mongolian/Korean thing moreso than European).

Cat should increase the fall distance before you take fall damage too.

Maybe only people with Rat perk can crouchwalk through bear traps instead of anyone.

How about Scavenger += extra slot available lolol. And, as others have said, extra ammo pickup. e.g. picking up a dead person's bow would grant you 6 shots rather than 3. For people who really, really like their utility items from dead people. Hell, I'd probably use that for pub objective play.

Feign Death - Ragdoll on command (you do NOT gain the ragdoll armor, however). This replaces the suicide button. Pressing suicide button while ragdolled results in actual suicide. Press any other action to recover from ragdoll.

not related to perk, but maybe when you kick someone with shield held up, rather than stunning the shield guy, you just disarm the shield + do the usual stamina and health damage. This punishes people who blindly shield and "opens" them up for aggression, but it doesn't straight up stun them for instaloss and punish them for using shield in the first place rather than just 1h'ing unlike in Chivalry.

In a way, I kind of wish Second Wind would be removed.

@ColonelMustache said:
Ooh, glad to hear perks are still a thing. I'm still hoping for a perk that starts you off with a random environmental weapon (i.e. you might spawn with a shovel one life, a pitchfork the next, etc.). 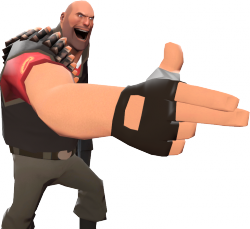 You've been making an average of 11 posts per day for 336 days on a forum about a medieval game.

Next time you walk in front of a mirror take a good look at your face, friend.

This is a less serious suggestion, but I think it would be cool to have tankards as a pickup weapon. The strikes would be smashing the person with the tankard, the stab could be the iconic cheers/toast and if a tankard clashes/chambers with another tankard then a splash of ale comes out. Alt grip could be throw, or drink mode where all attacks just cause you to start chugging, the more you combo the more you chug. The only reason I suggest this is because mod tools are inevitable and therefore a tavern map will be created and people will want to roleplay. Alternatively this could just be a pick up with no attacks and you just hold it/throw it. Hopefully there is another Kickstarter update soon, I'm too bored.

I want a burp emote. 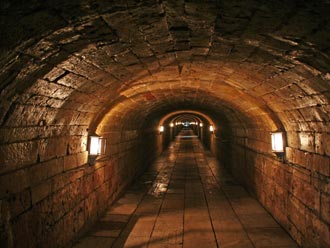 @Humble Staff said:
besides that, we have some pretty decent voice actors here!

Im especially impresed by this one in particular, the voice is so deep, i fucking love this kind of voice. But then what he says goes so wrong with it lmao.

sorry about that its hard to get into character sometimes

I tried to better fit the words of a medieval man with this clip http://vocaroo.com/i/s04DkCTKyRym It took me like five seconds to read the forum rules, and aren't these threads supposed to mostly stay on topic, rather than be a few pages of legitimate discussion followed by a few pages of people basically trolling each other?

I admit that I'm new here, but color me intrigued.

On topic, I disagree with the idea that having women fight will somehow break immersion. We're talking about a video game, not real life. Sure, in a real battlefield historically (not that this takes place in real history) you wouldn't see many females. Women have historically fought in battles back when physical strength was far more important than it is today, but very few cultures allowed it, and even those that did would come up against the fact that women are "on average" far less physically capable than men. So even if women wanted to be warriors, there would be far less of them.

But why not simply believe that the few women you might fight are simply the few women who were capable of becoming soldiers? Is the very idea that a woman could possibly be as physically capable in combat as a man totally unrealistic to so many people's eyes? I mean, there are tons of female body builders out there who are stronger than many men ever will be (for many of these men, even if they also trained), so it isn't as though women being capable of feats of strength is unheard of. Sure, at the extreme levels you'll find more strong men than strong women, but not every soldier needs to be the strongest - just strong enough.

If someone having a high pitched voice breaks your immersion (relative to average), then what about the men with higher pitched voices? Would it be acceptable if women in a game had voices just as deep as men? I am actually curious here, these aren't rhetorical questions.

At the end of the day, all we are using in a video game are virtual avatars. If people enjoy pretending that they are a woman as opposed to a man, then I can't see any reason to not allow them that choice. I might be surprised with how many women I find on a battlefield in a game compared to how many I would expect if this were "real life," but then I can just remember that it isn't "real life." It's a video game, and a multiplayer video game at that, where player choice and the overall experience are more important than worrying about your immersion being broken by something so trifling.

Fists work exactly the same as regular weapons in terms of mechanics except that you cannot block regular weapons, only other fists, and you can hold the block. You are assuming all Kickstarter backers will always be online. All these items will actually be much more rare.