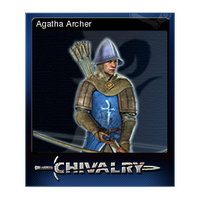 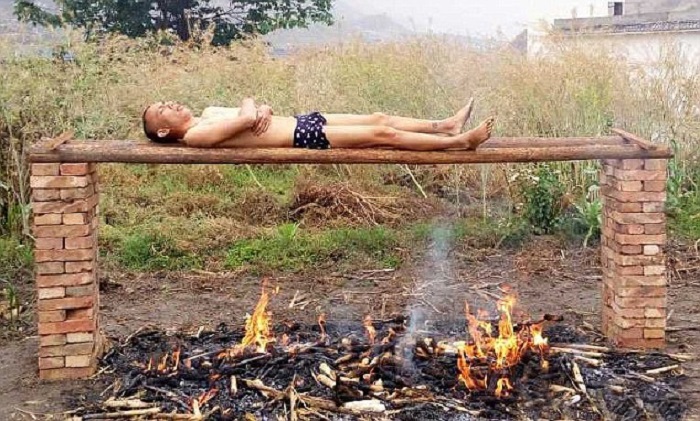 Capes for top 5% of players just to make it cancerous and unattainable for those that actually care about it. Please, get capes in this game and i will buy it twice. Make capes real. Please, it's my dream.

I hope the paladins never hear you saying that my lord

@vanguard said:
That looks perfect to be hooked by a halberd

Your puny halberd wouldn't even make it halfway to a Winged Hussar before you died.

I see you're lance, and I raise you one pike. 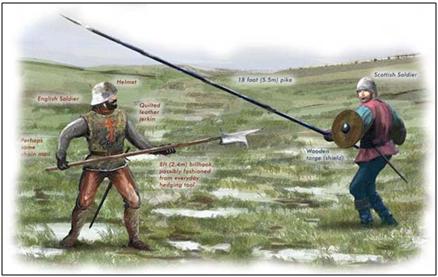 That looks highly OP and cancer

That looks perfect to be hooked by a halberd

@Jax said:
Tbh dynamic weather and stuff is pretty useless in games as it's an aesthetic effect with no real gameplay change.

The only exceptions to this are games like Arma and battlefield, but for a slasher you wouldn't care if it was rainy outside.

But what if there was fog? You would have to play completely differently; archers would become redundant as you couldn't see more than a few meters ahead. Would be cool if some maps had a possibility to be foggy or something like that.

@Medieval said:
This game will rocks!! A lot of Customization options. I really appreciate customization. You are making an incredible work, keep going!!

I liked the Melee Combat post, the way it looks so realistic

Let me ask you something please, I know this post is about Customization and feedback, but I just want to say this, because this game is so cool and I wish I could contribute at least giving some ideas or feedback:

What about degradation on weapons and armors? You know some games have degradation on items like some Elder Scrolls for example, or even Dead island, on that game the weapons degrade and have a shelf life, the weapons changes they shape while they are being degraded.

For example Skyrim doesn't have degradation on the vanilla game, but have a lot of mods and one mod adds that feature, doesn't change the shape or texture of weapons and armors but degrade them, even gives a chance the weapons get broke, let me put a link of the mod: http://www.nexusmods.com/skyrim/mods/55677/? , maybe you could look at it and see about, as an idea

I know this I should post in on "Item Post" or something, but believe this game is the best Medieval game I have never seen, If you delete this because isnt according to the post, I will understand

I will keep following on the site about news!!

Thanks for are making this really cool game, keep going on

This is not an RPG, it's an competetive melee slasher.
You can't have "stat loss" in something like this. The damage you receive needs to be consistent. The whole game is based arround consistency.

Regarding model change, it would probably be way too much work for something this unimportant. You will be able to apply scratches and stuff to your armor in the customization proccess, but that's about it I think.

The speed was fine you inbred fuck. It was the animations.

@EmperorDaemonas said:
I wonder about few things, sorry if its in the wrong forum / said before...

How much you can customize the character? How "deeply"? What you can change actually?

Do you mean the body, or things like armor and equipment as well?

Armor is built out of several parts and generally consists of: shoulders, arms, gloves, upper chest, lower chest, legs, boots, helmet. Each individual part can be colored with up to two colors, some have additional options for patterns and an option for the emblem.

Equipment is created out of up to 3 parts (e.g. handle, guard, blade for a sword), and has up to 3 total colors, but it depends on the type of equipment. Some (like shields) would also have options for pattern and for emblem.

Characters have skin color, face texture, options for eyebrow textures, various hair and facial hair options, hair color, eye color.
Face customization involves sculpting the face, but we haven't settled on how to present it yet. We're currently prototyping actual face sculpting instead of having sliders, so we'll see how that goes.

Body type can be customized, by one of those triangles games usually have, as skinny/fat/strong.

I think that's all, if I didn't miss anything, which I might have!

A weapon I would be so happy to see in this game would be a "Pole Flail" or "Peasant Flail" which is a polearm derived from a common farming tool used to thresh wheat, but weaponized with studs and spikes. http://www.necropraxis.com/wp-content/uploads/2014/07/Flail-2.png - this one appears to have a solid steel bar for a head

These things have been shown in medieval art pieces of war, as shown here

Obviously the advantages of this weapon would be effectiveness vs armor and range (and even being able to hit around a parry if you all go that far with it), but i imagine it would be quite unwieldy given the counterforces on your grip given from the weighted head flailing around, meanin it would be a slower weapon.

Anyhow, I think this simple but brutal weapon would be a fun weapon to use. You can say that again^

@crush said:
Most of the duels in the intro footage are against a developer. That said there might be a gameplay video in the near future

Most of the duels in the intro footage are against a developer. That said there might be a gameplay video in the near future

When can we expect to see an actual duel between developers? I know we already saw it in the first devblog but it'd be cool to see more fights that actually look like fights, the bots make it look a tiny bit boring imo