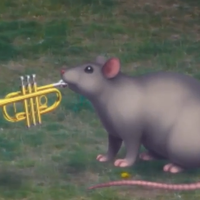 Smokes need to be addressed. They can be a very good tool in the game if they feel right when walking around them. Right now it feels awkward to be around because of the abnormally large "box" that surrounds the actual visuals. This is especially true for the vertical "box" as shown in these two gifs.

Smokes in CS:GO felt really good and is a good baseline for how smokes should look in MORDHAU.

Edit: Here's a better description of what I'm talking about by Gauntlet

Tourney Map
Every door can be crouch-stuck on the map. 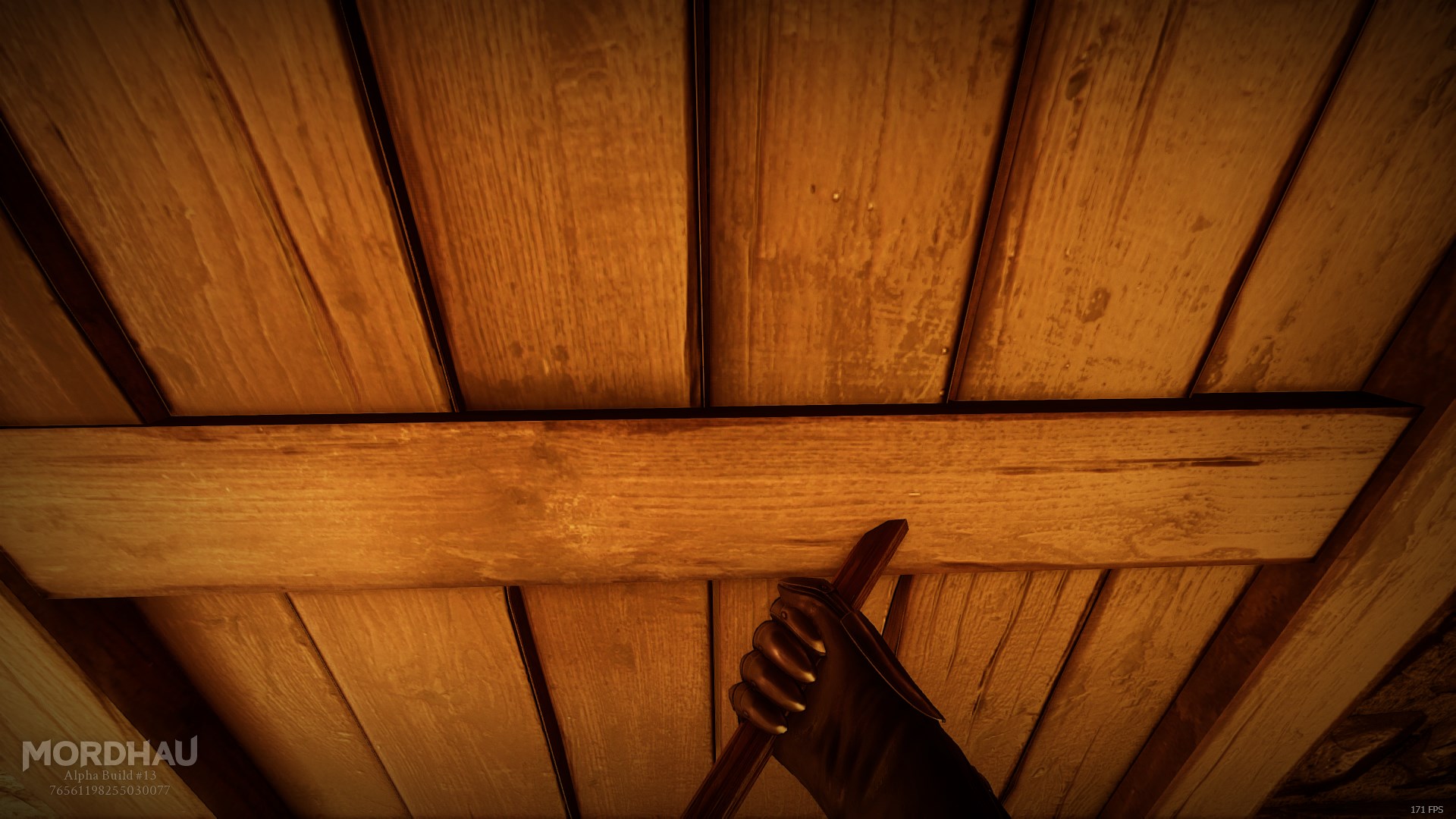 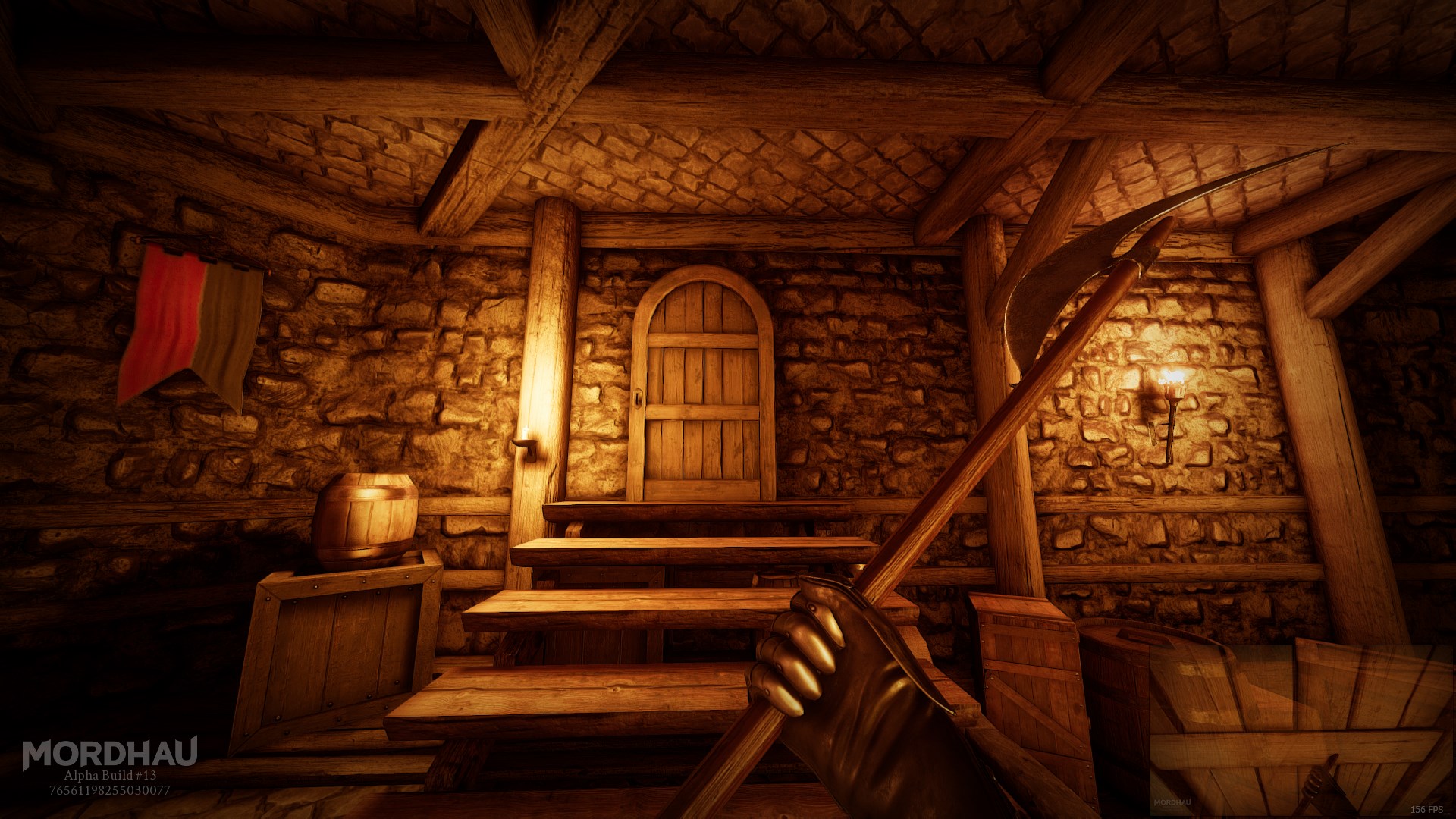 The inside corners have weird collisions. 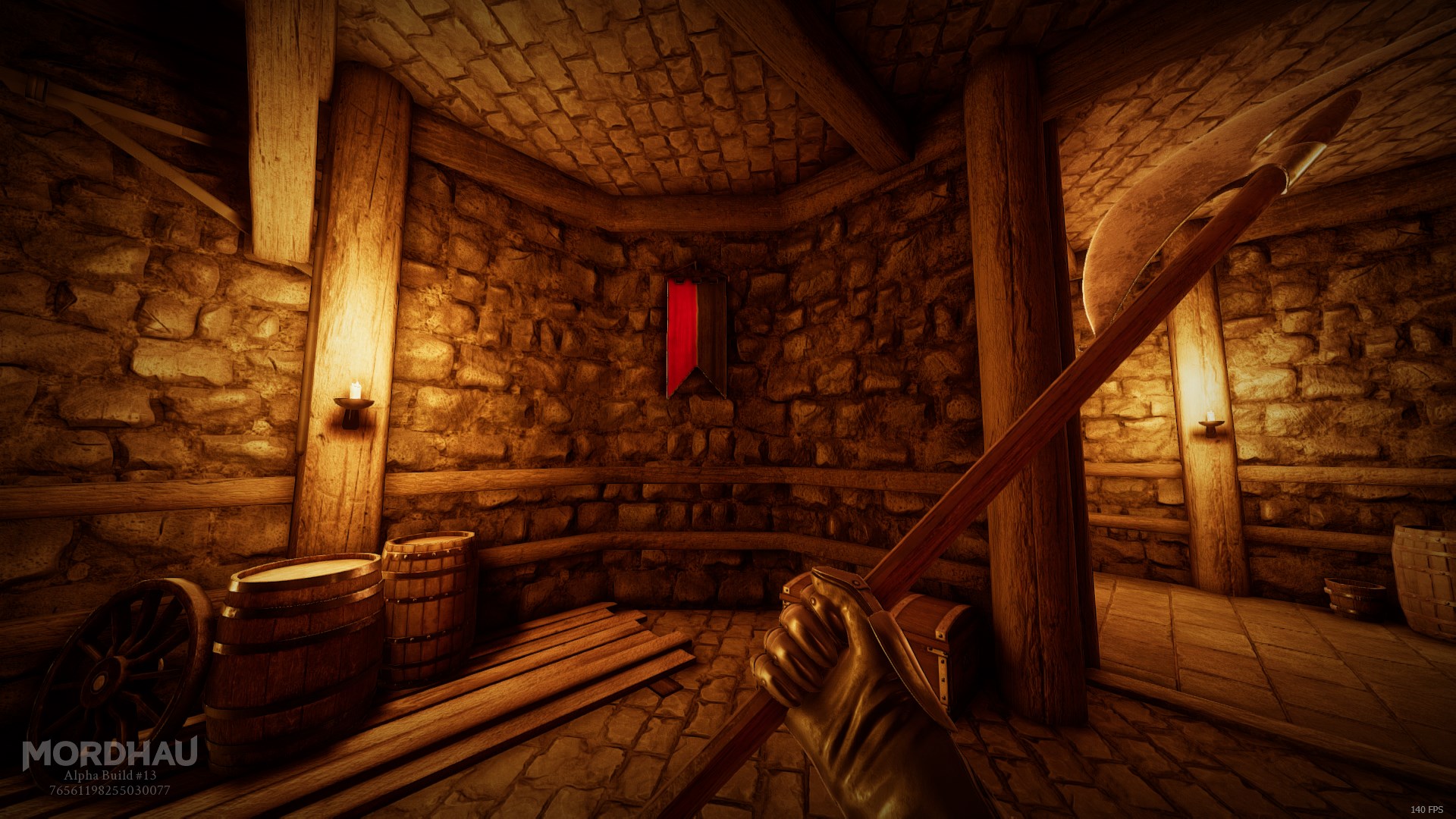 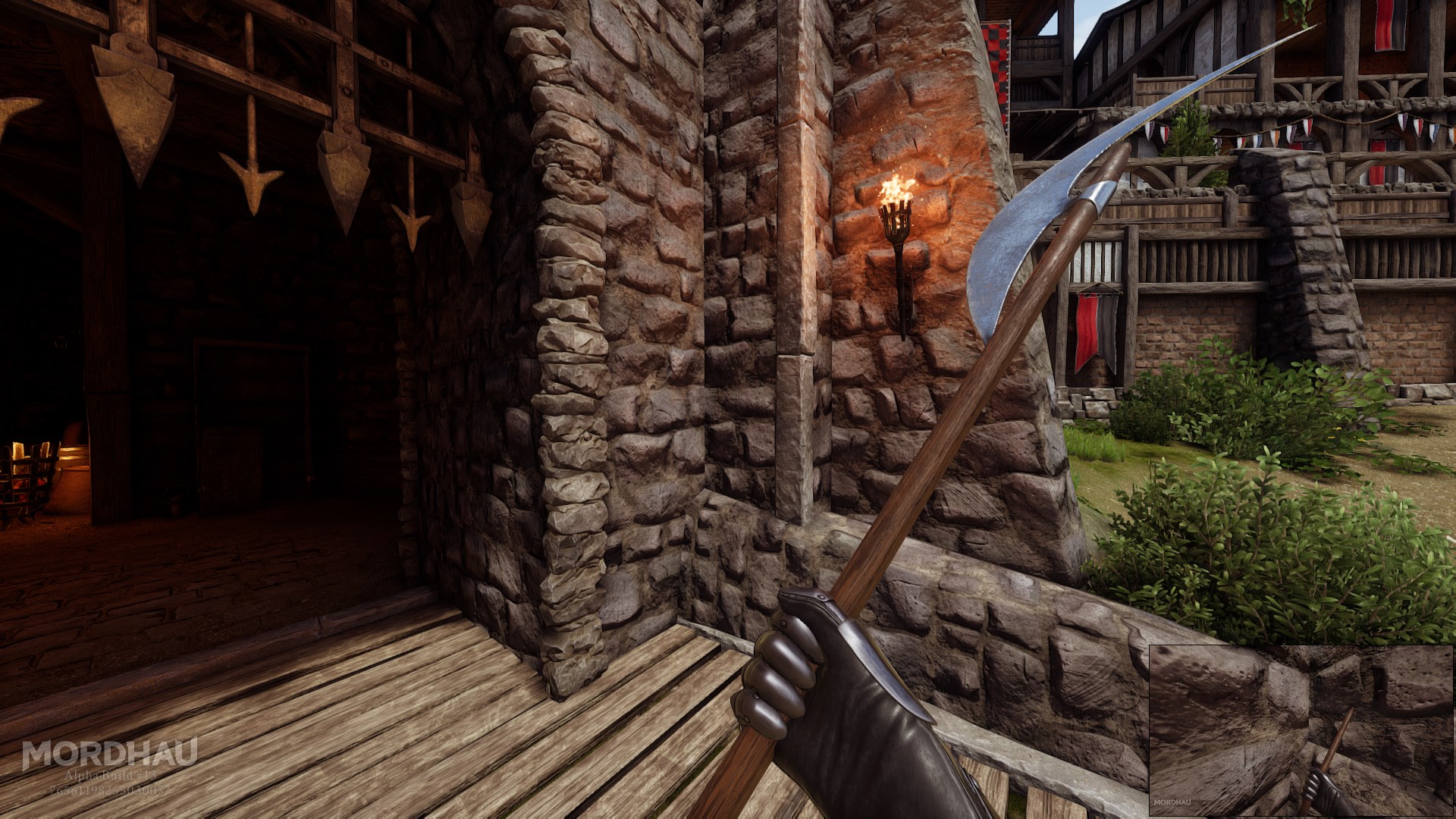 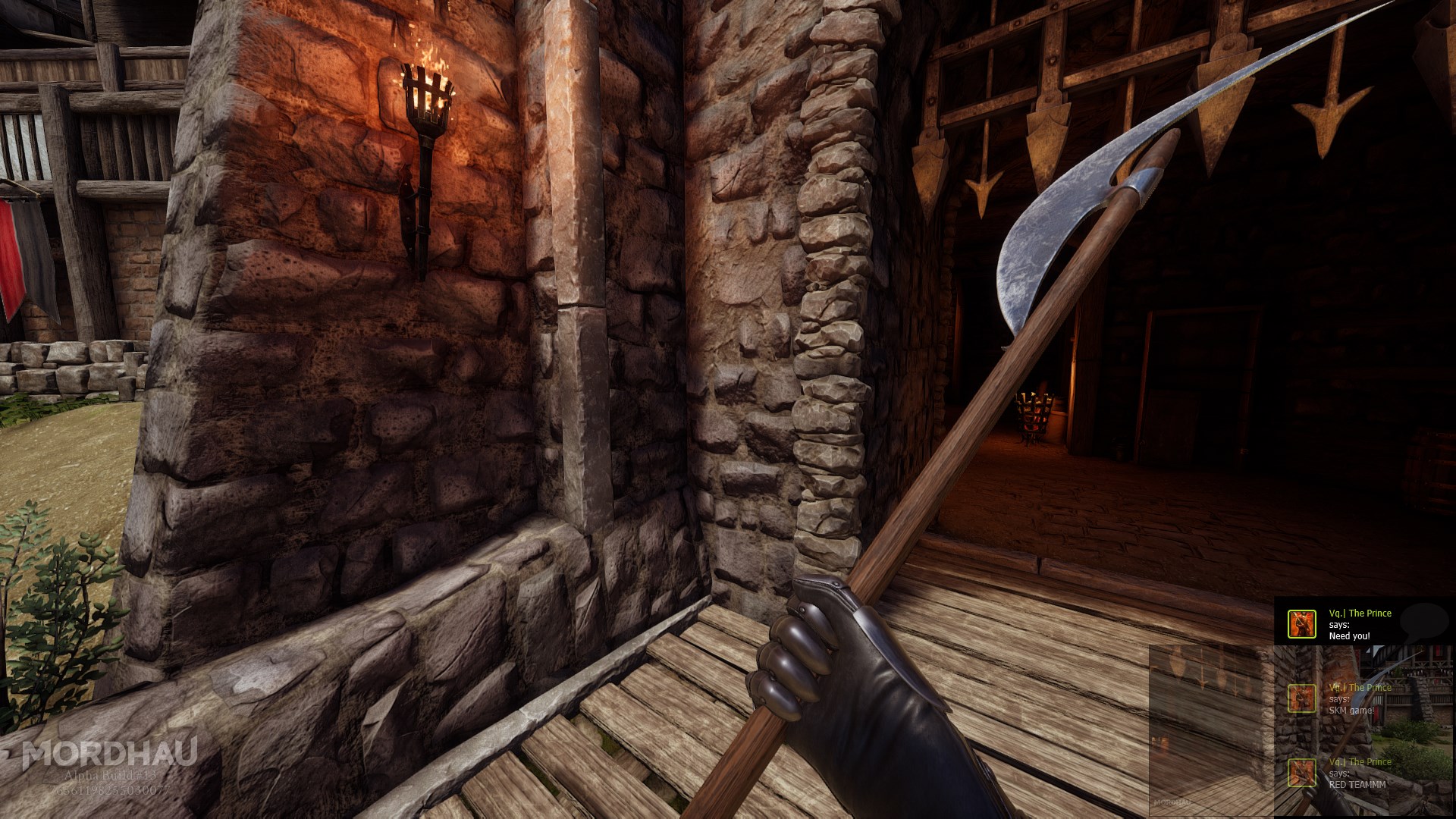 The pillar can get you crouch stuck on most sides. Same case for the same pillar at blue spawn. 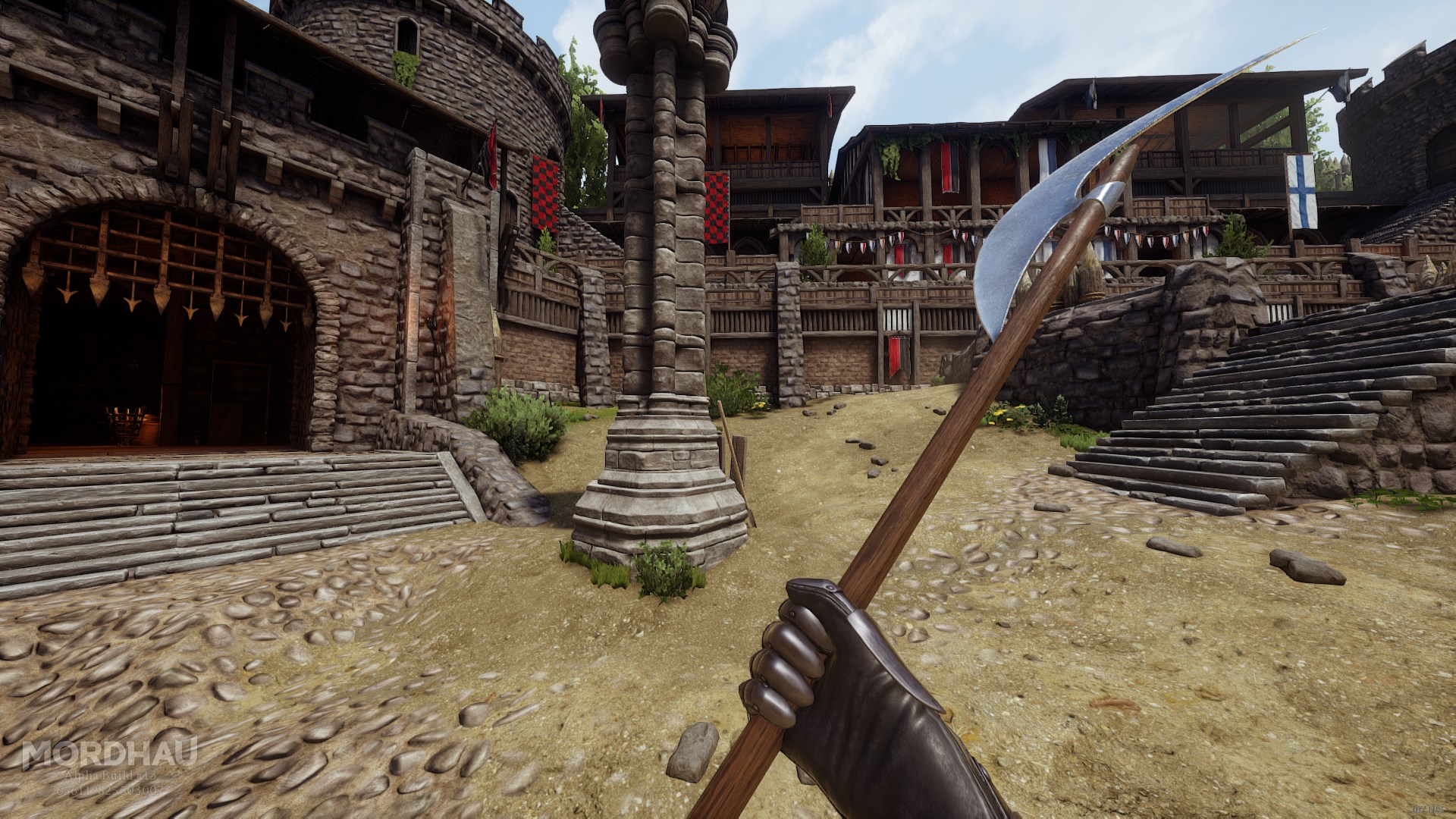 THE BIG ONE
Every object with this doorway mesh can be crouch stuck on. All these collisions happen to be at narrow and wide chokepoints. You can also get stuck on the inside of the doorway. 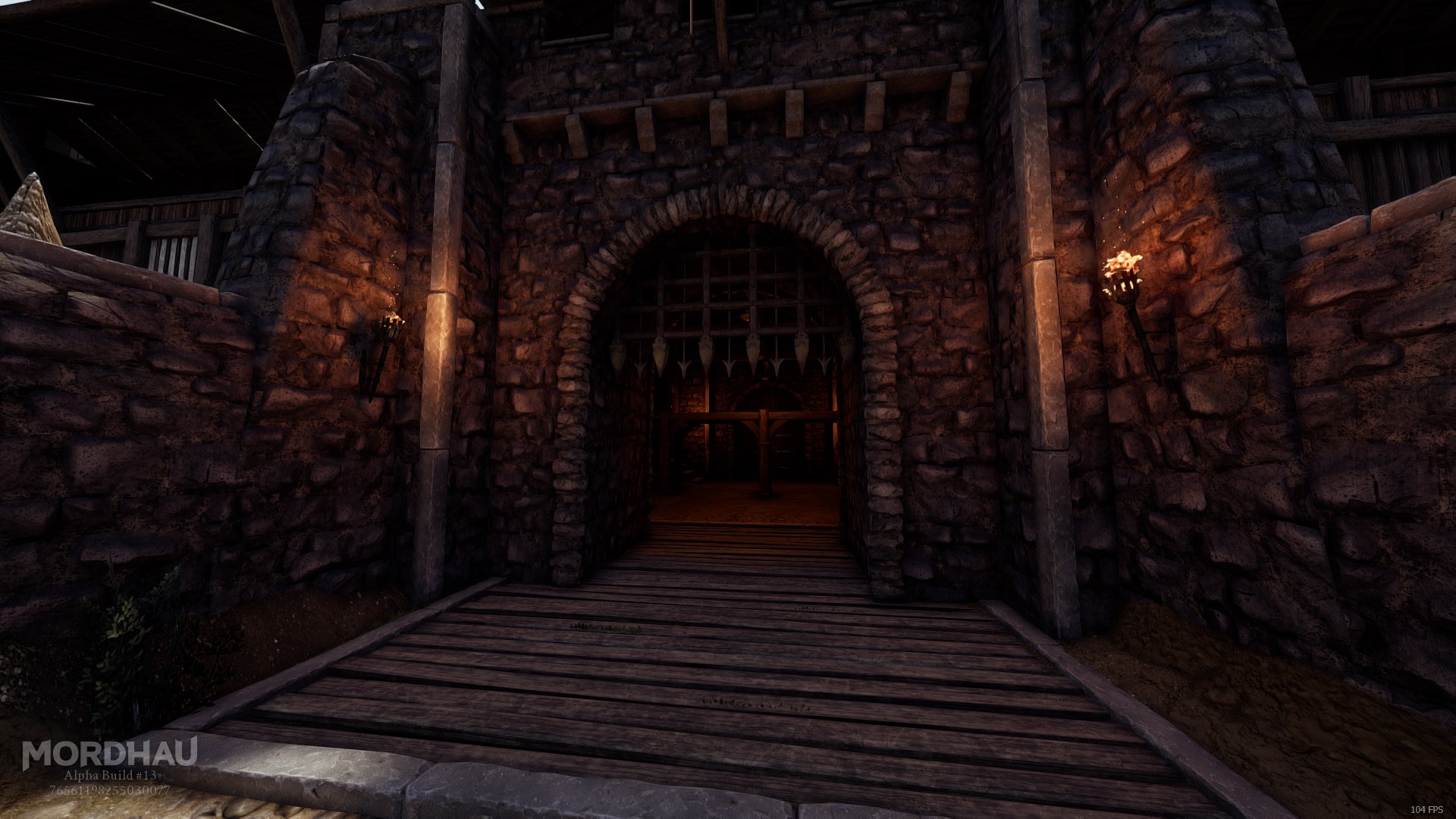 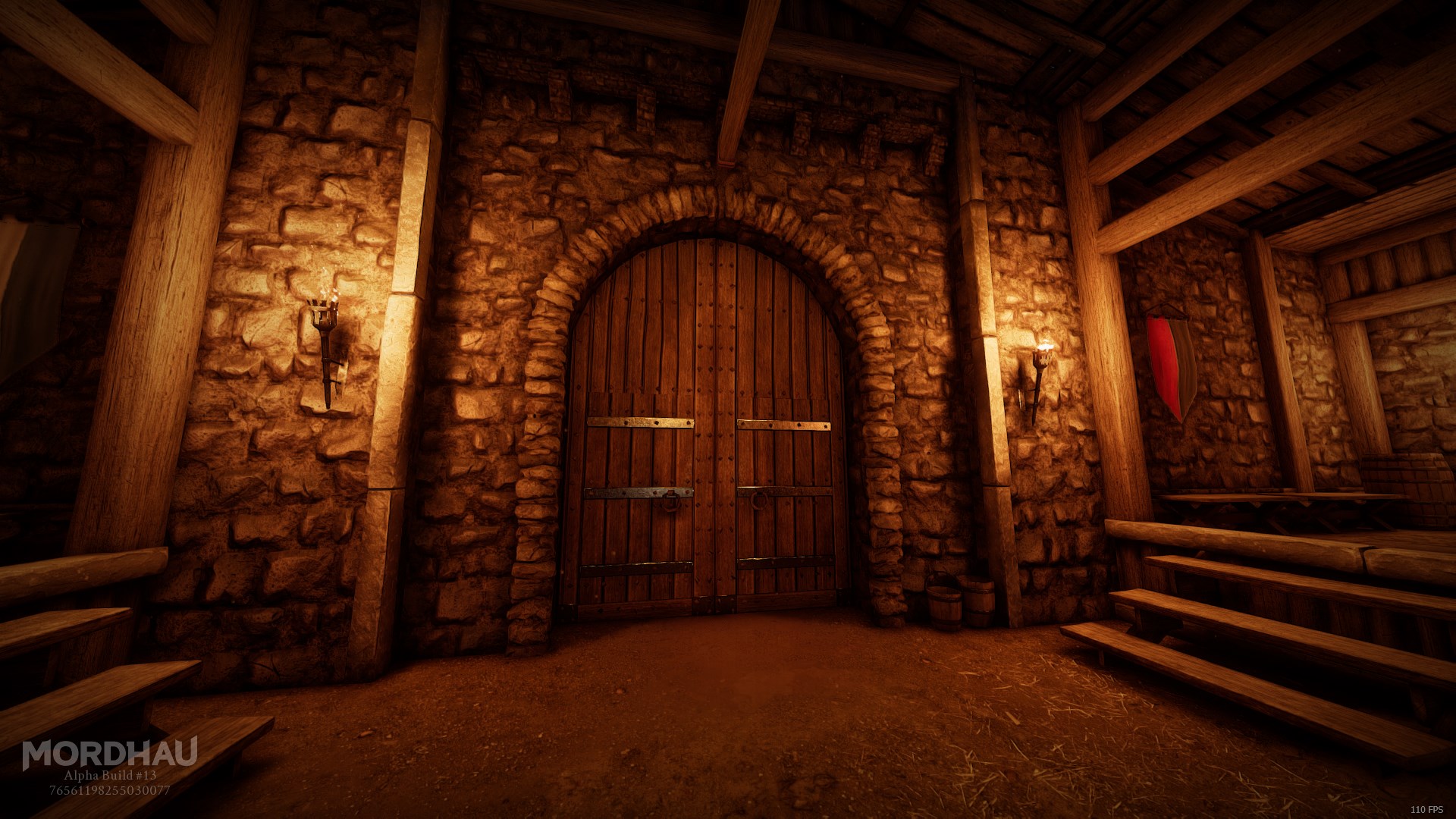 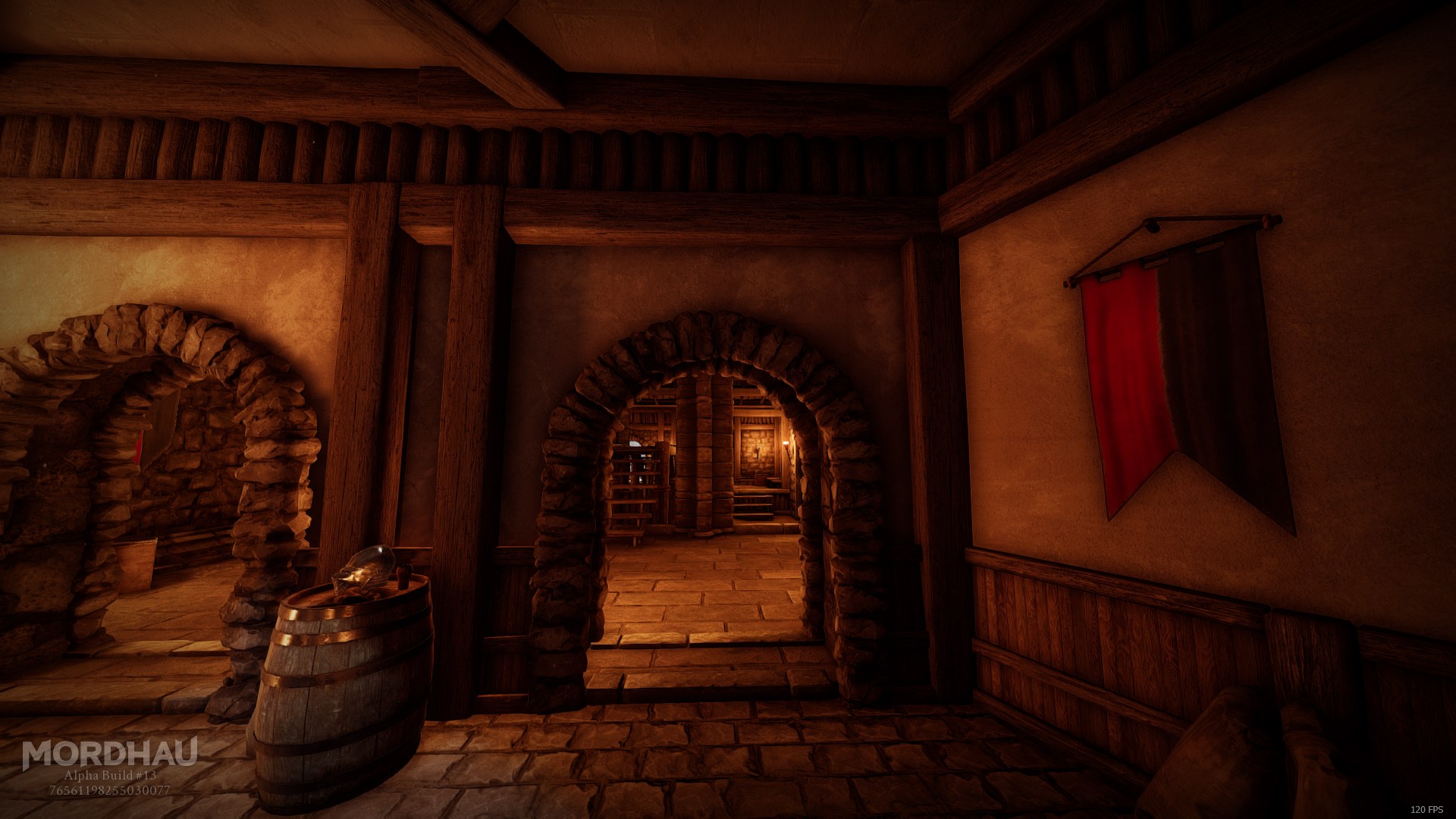 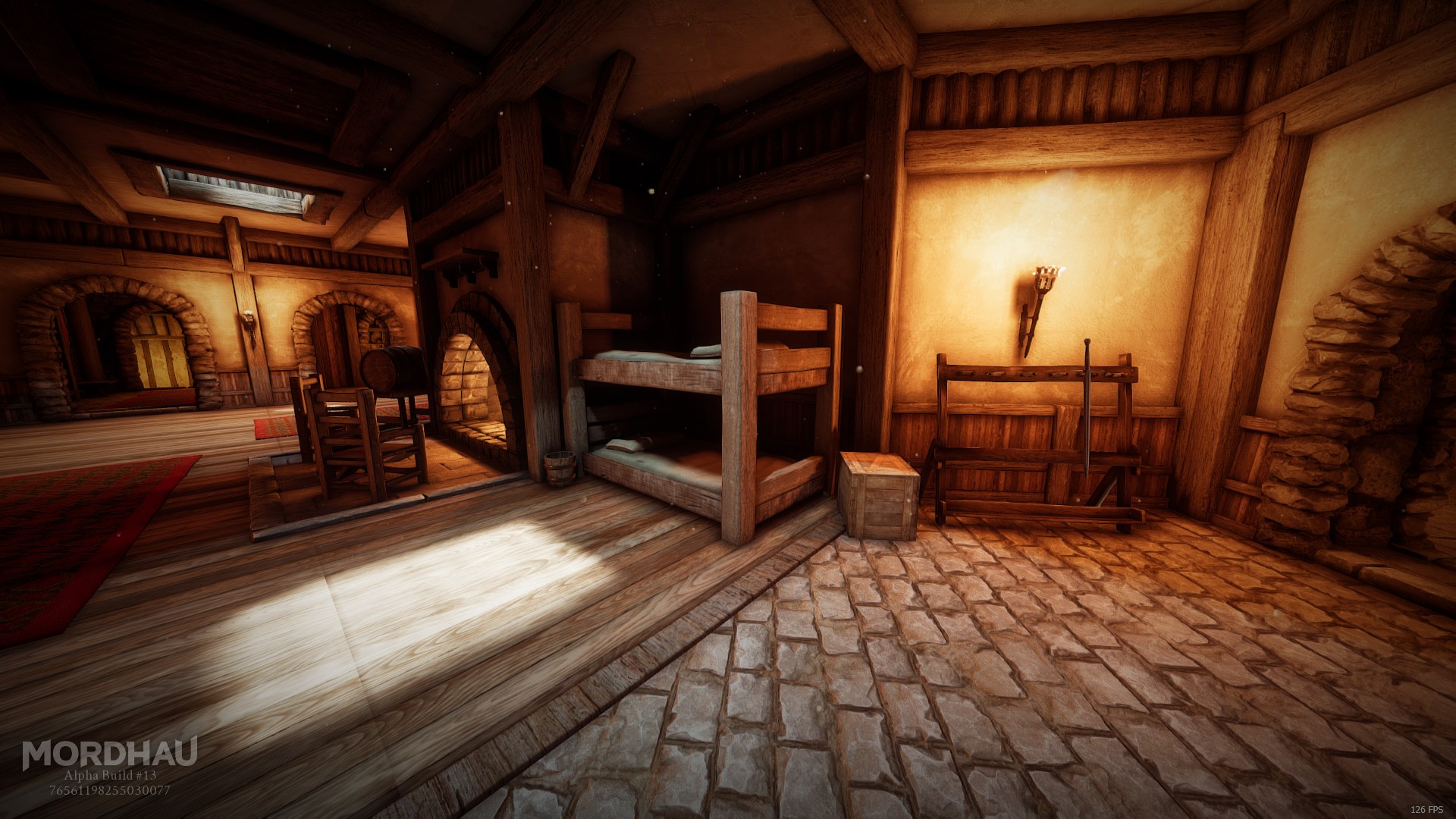 Crouch stuck to the very left of the stairs 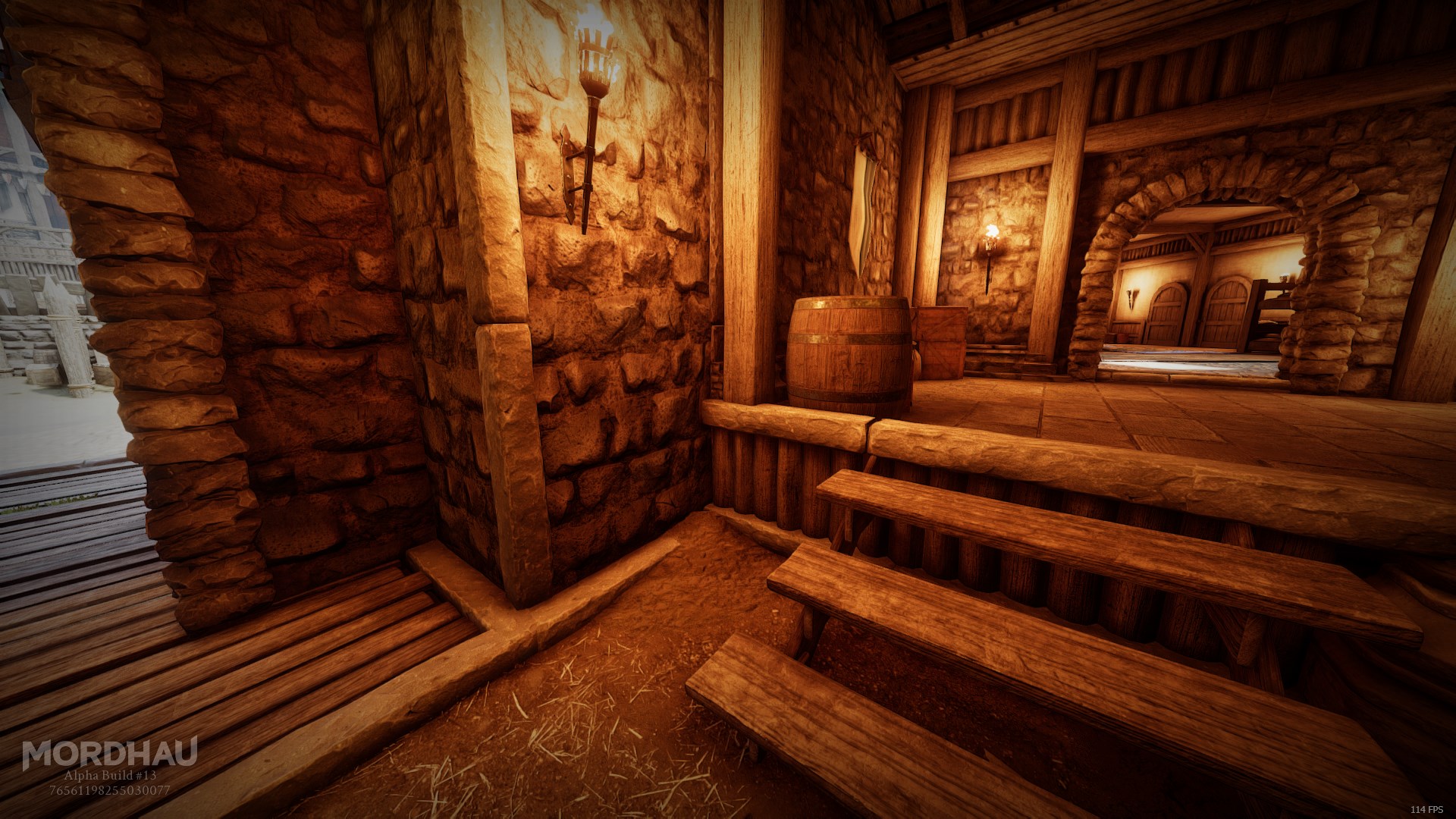 Crouch stuck on the visible stakes (similar on other side) 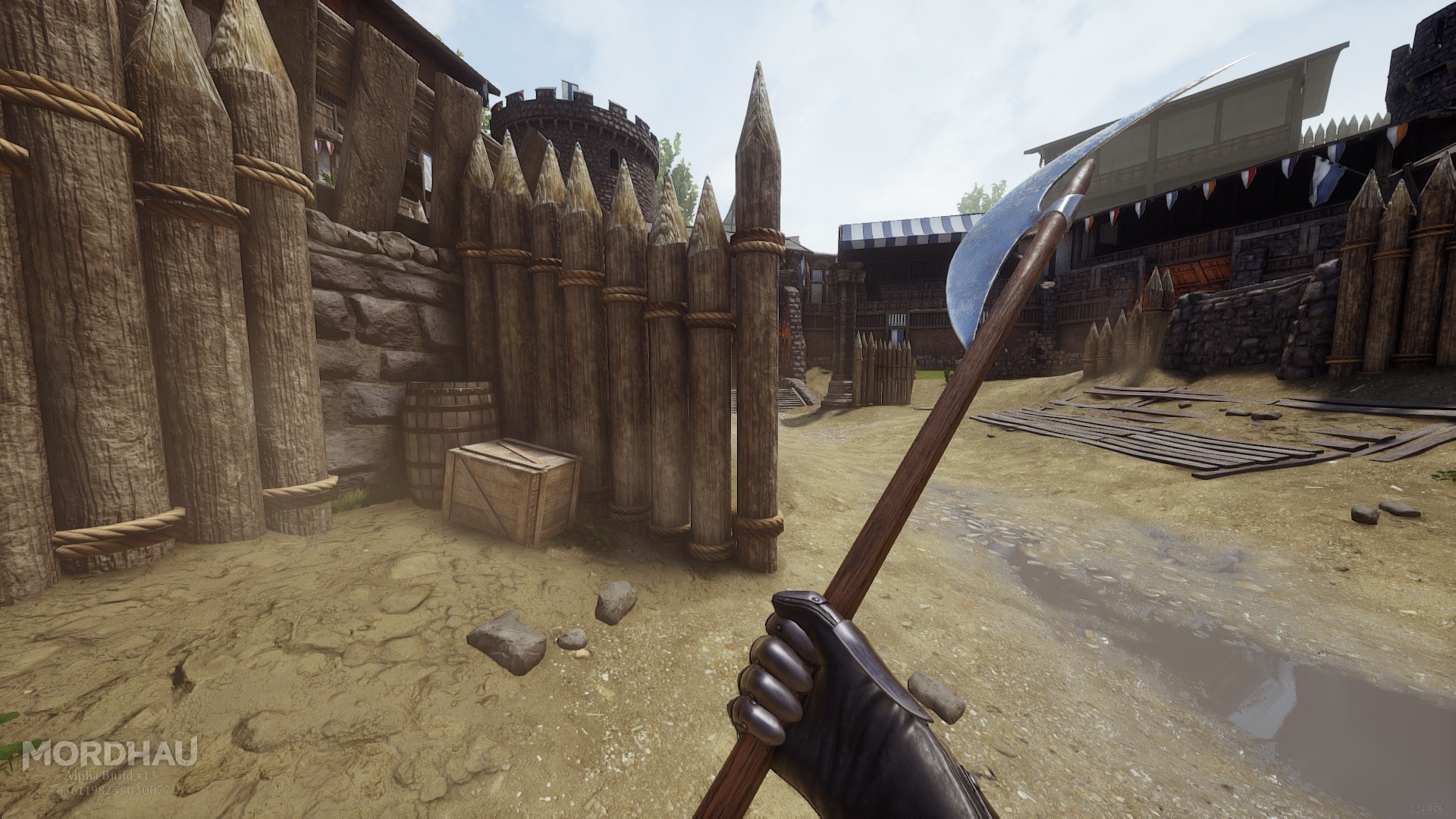 Crouch stuck under the flag 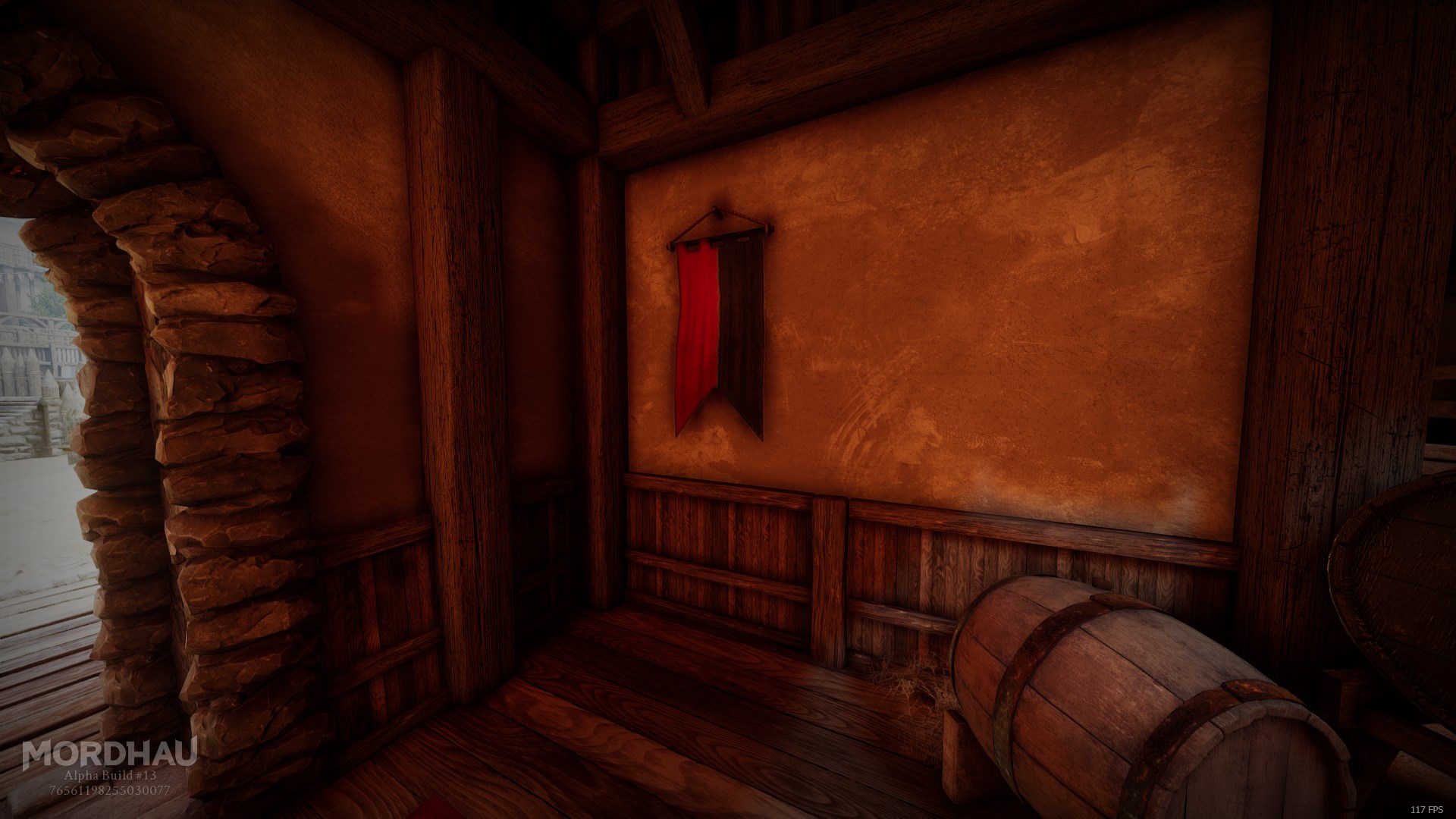 Full-stuck in small room, can only leave via crouch. 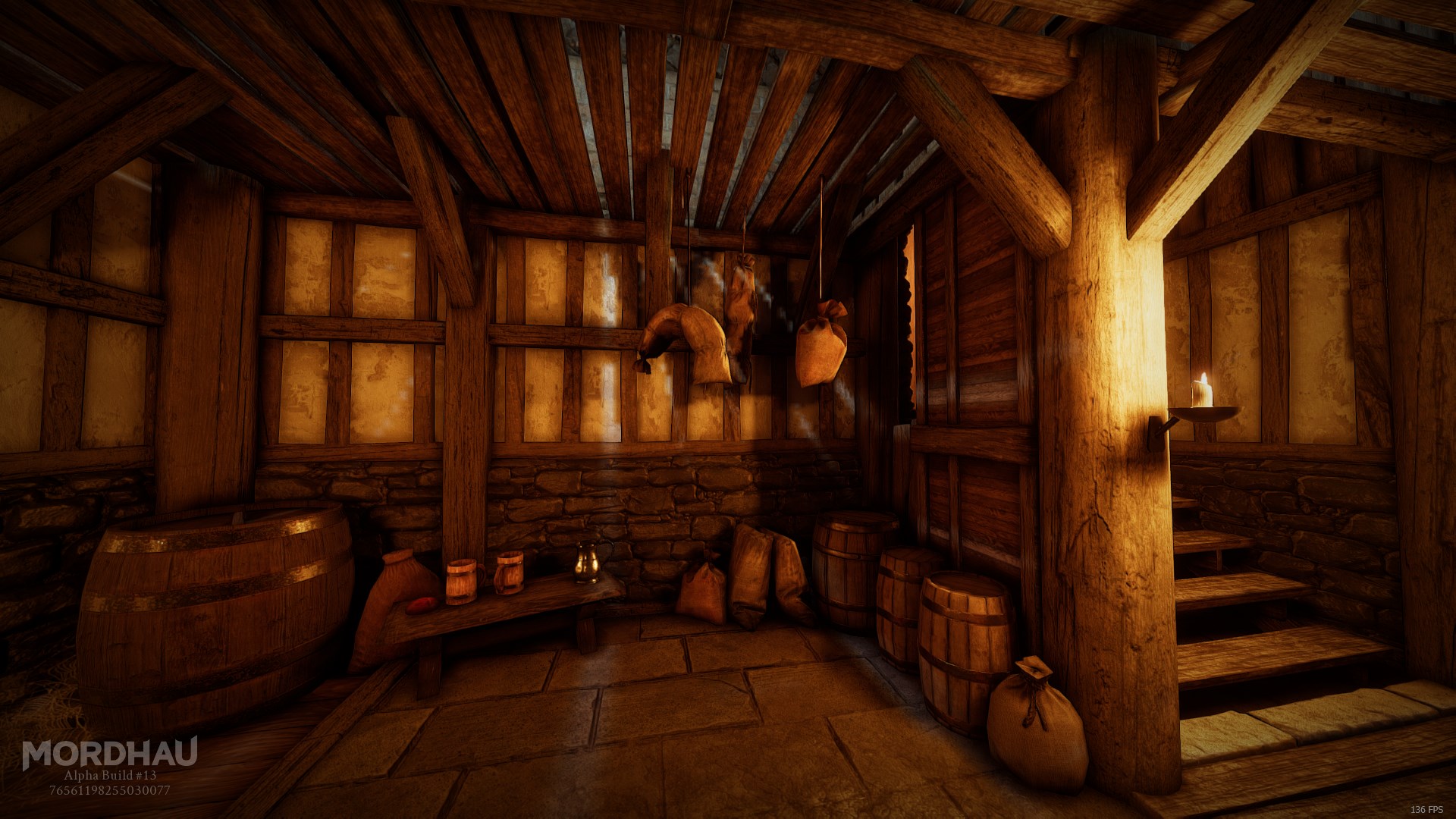 Crouch stuck on bench and flag. Probably the same/similar to previous collision. 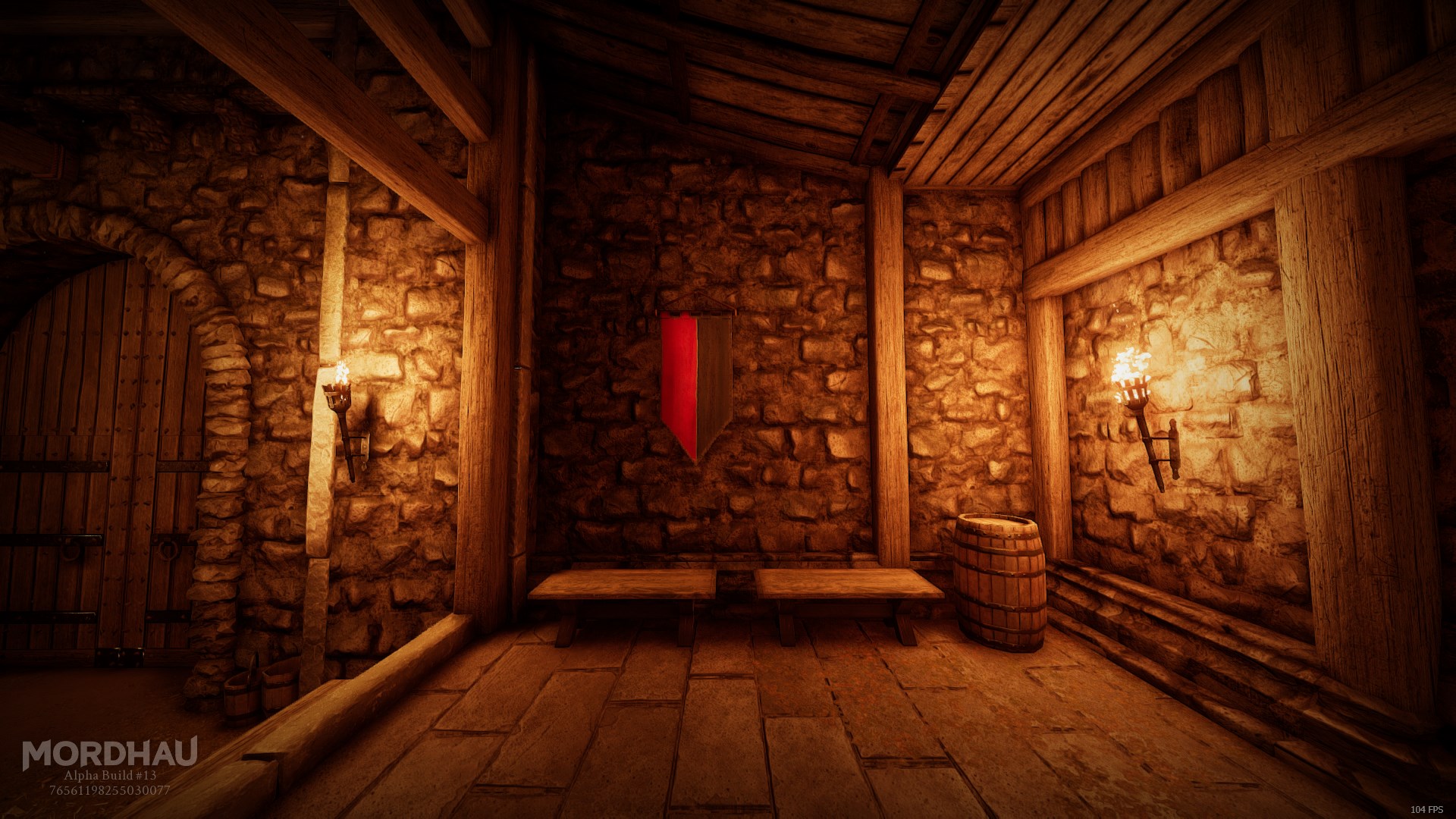 Crouch stuck on barrier. Probably the same on opposite side. 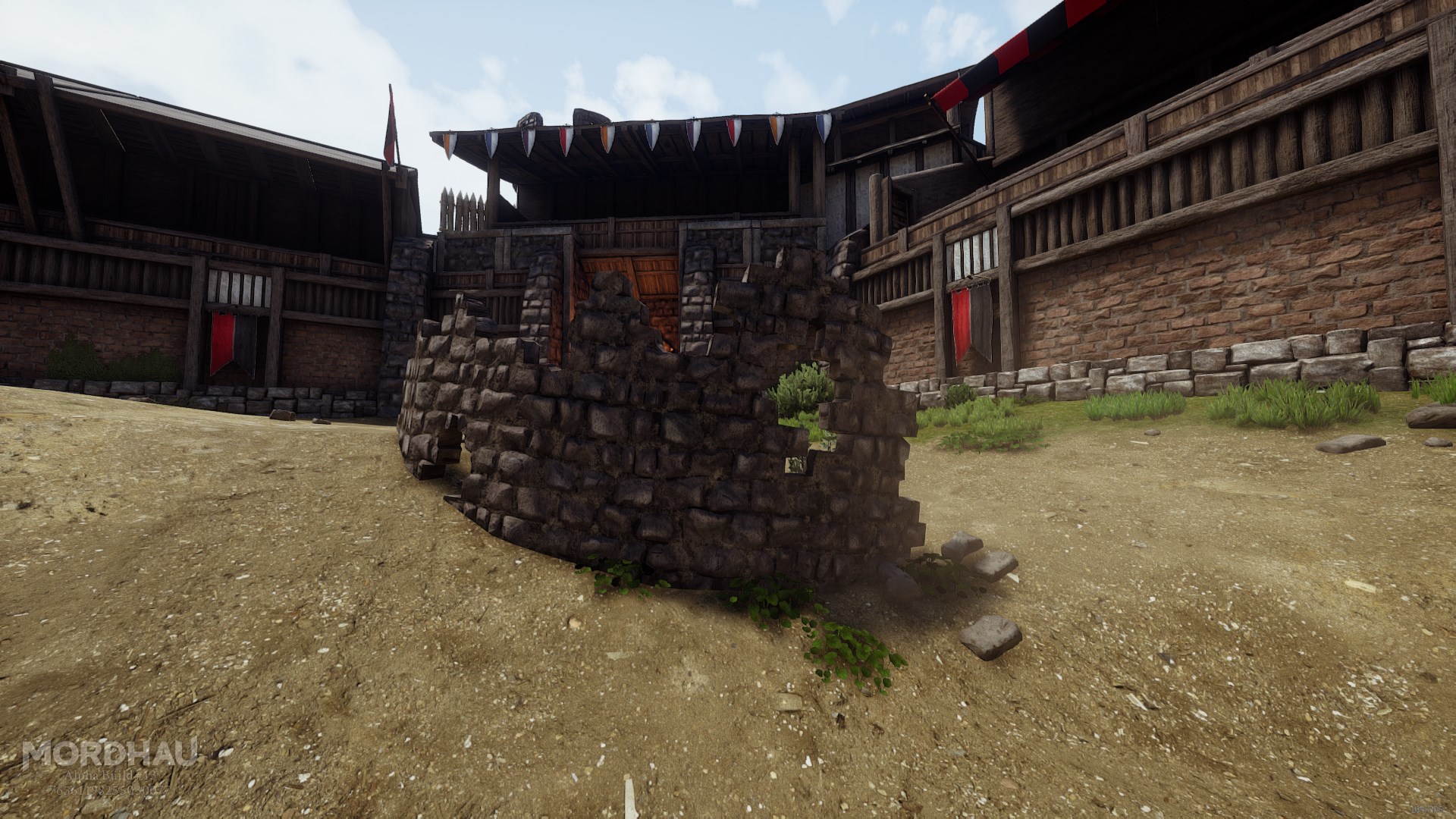 Whoops, forgot to add a zero!

The biggest problem I have with BR is the randomized spawn points. It is the worst RNG in this gamemode because it can make your situation worse just for joining the game. You can spawn outside of the castle with no chests in sight, the guy next to you has spawned almost on top of a chest. You have to run to a place where you know a chest MIGHT spawn, and by then somebody who spawned much closer could've looted the place, or the other guy has been chasing you and ensures that you don't survive two minutes into the game.

Selecting spawns would be more balanced in general, because better players have more confidence and will hot drop and likely fight other good players hot dropping, thinning out the herd of good players. New players can choose to go outside the castle and loot peacefully to hopefully get enough loot to get them to fend of one or two other new players.

Chests are also kinda weird. A wooden chest as the ability to contain much better loot and more of it then an iron chest. I think an iron chest should have a much better chance to spawn pole arms, armor, ranged weapons (not throwables), and healing items. While wooden chests contain 1h weapons, throwables, other misc items, and peasant weapons. It just doesn't really matter which chest you choose. It's just alluring to open the iron chests first because its shiny.

Progression is also foosed. I can have a quick 8k game win and earn 80 gold, while I have a 4k game that I didn't even place top three in and earn 120 gold just because the match was longer. Playtime is over weighted compared to wins and kills. Me and some other players should be rolling in dough because we win so often. But we actually probably have less gold and exp then some other players that just ran/hid the entire match and lengthened it. 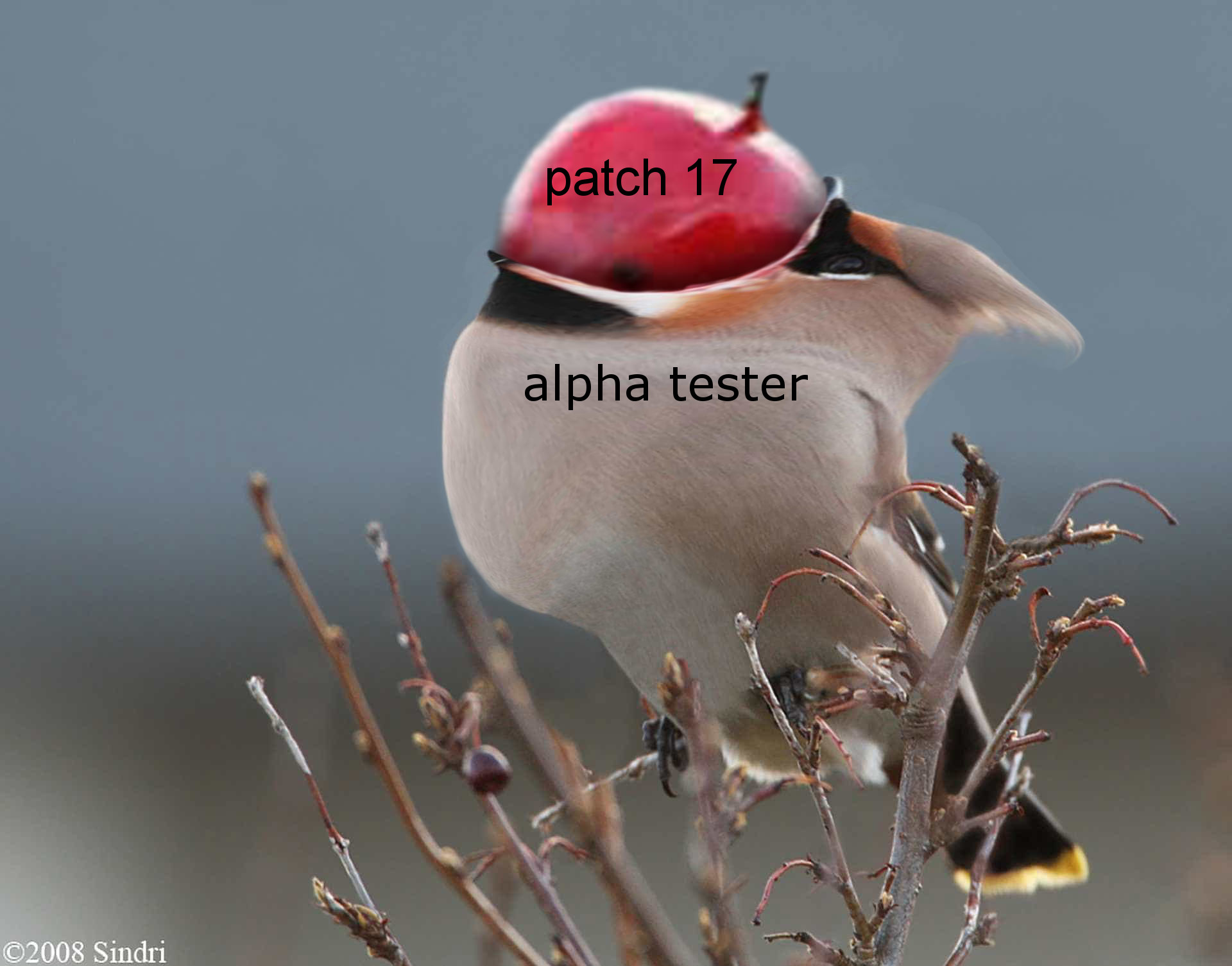 My rant was placed in another thread and is more fitting here, but I don't want to spam. BR can be fun, but I wouldn't call it a BR because it more resembles Skirmish + FFA.

To summarize my points.

Otherwise the gamemode can be fun, but there aren't enough elements to warrant it being a stand alone gamemode. I'm just glad that it only took about a week or two to actually make and it shows.

This might not be the best example but relates to what you're talking about: https://clips.twitch.tv/ToughCrypticCougarImGlitch

I agree that animations blend a bit too well and makes drags especially difficult to read. I have learned to be more patient and it has ended up working out for me so far. It is something that I definitely think should be looked at (which they are) to make the game as good looking as possible.

Shield isn't useless, its just boring to fight. Held block forces players to only use swing manipulation to get around it, or spam kick to get their stam low enough to remove the shield after they block your last attack. Its also the main reason why you don't see many shield users. Who wants to fight them? I speak for myself, but I tend to avoid fighting shield in duel yards and I know other people do the same. So shield users might switch off of shield because people won't fight them.

If you only have shield it provides such a boost in survivability that I'm kinda glad that you can't punch or kick. Its such a chore to try to kill a shield user that players would much rather be fighting someone else that will be more fun to fight.

I haven't been hearing much chatter on where devs want shield to be in the next upcoming updates.

@Pred said:
FFS, this is not about drags, this is about a certain drag/footwork maneuver which looks bad

Well, I wasn't exactly responding to what you posted, Lionheart was talking about delay-drags in general and I responded to that.

@Pred said:
Look at the feet from around 8 seconds and further in the clip.

This is probably the new footwork animations they added two patches ago. I don't know why, or how this happened, just that it probably relates to the patch specifically.

But the drags you are talking about are going to always be present because of footwork. You can run (not in this case) to the left of him to get more time to read the attack or have him miss entirely. You could also run into him or the attack to parry/chamber sooner to throw him off. Bottom line is the drags will always exist with the footwork, but the leg animations did look weird.

@Lionheart Chevalier said:
Drags only counter chambers because they are often times a last split-second drag which many consider unreadable in an online game with latency.

People have been saying that things have slowed down this patch, with offense being nerfed and defense being buffed to account for it. This is also why people were complaining about FTP being too forgiving. Last patch you could windup a chamber for a normal/accelerated attack but could FTP out it.

@Lionheart Chevalier said:
The drag was telegraphed in that the attacker was looking away at the slash part but how long did the defender actually have to read that if it turned out to be an accel?

The offender has his torso turned pretty far, so I think he would've had a decent amount of time to see that the slash was speeding up. I don't know Pred's ping, so I can't tell if he was in predict mode, or reaction mode.

@Lionheart Chevalier said:
Everything should be readable and a fight between equally matched players should theoretically be a stamina war.

The developers and most high-level players don't want stamina wars. They are drawn out too long and don't end with a matter of skill, just stamina management. And dragging does deceive the defender of where to parry/chamber. Naeleus is known for doing this all the time.

Most players just don't want defense to be on the same level as offense. Huggles can tell you all about it, or you can find him talking about it before. Drags are a way to keep this idea in effect. There are few cases where attacks are just so un-readable that you consistently can't beat a player that uses it.

I don't want a game based on who has the best ping and reaction time. Drags are necessary to a game like this. Aiming should be important, I agree with that.

As far as I know, many of the noobs who got driven away from Chivalry was from multiple factors and not just dragging. Devs have explained a few times that dragging is necessary in a game like this, like Frise pointed out. Drags are never going to be removed, they might be tweaked as they have multiple times, but don't hope that they will get removed.

Also, from what I'm reading, the meta will be chambering again. Delay drags are the exact counter to chambers, without them we might have early-build meta back in the game.

One way to get rid of it is to make ragdolls to 0 in the game options. I know this isn't an option you want, but if you are sick of the camera movement you can do that.

I kinda joked about explaining the entire story arch of the two factions at the beginning of beta, but I guess I could say it here too.

Basically, the Iron Company is an arms manufacturer that started carrying out illegal mining operations, the Free Guard were the mercenaries hired to take care of those illegal operations. The mining company hired mercenaries of their own to defend their operations so they could continue making money.

Consider this a writing prompt for the more creative of the bunch. 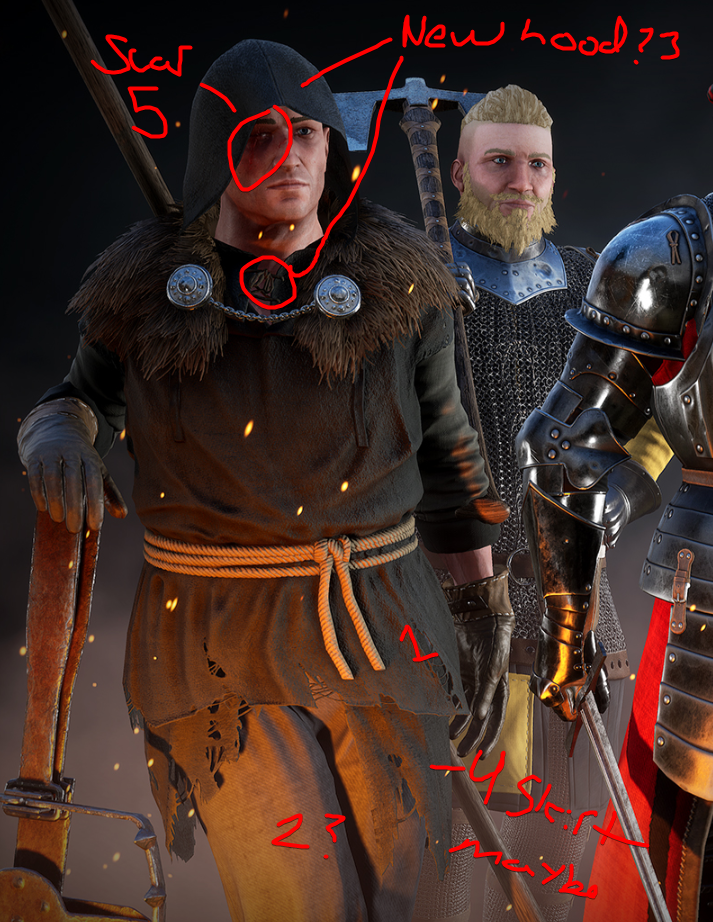 Also emblem is different on shield guy, didn't see that at first.

Okay, this is the second time this has come up in alpha testing when there is a bug reporting thread that gets looked at daily by devs. I said this before but this particular spot is known. I know you are doing your job in reporting bugs, but it reduces clutter if you just use the bug reporting thread.