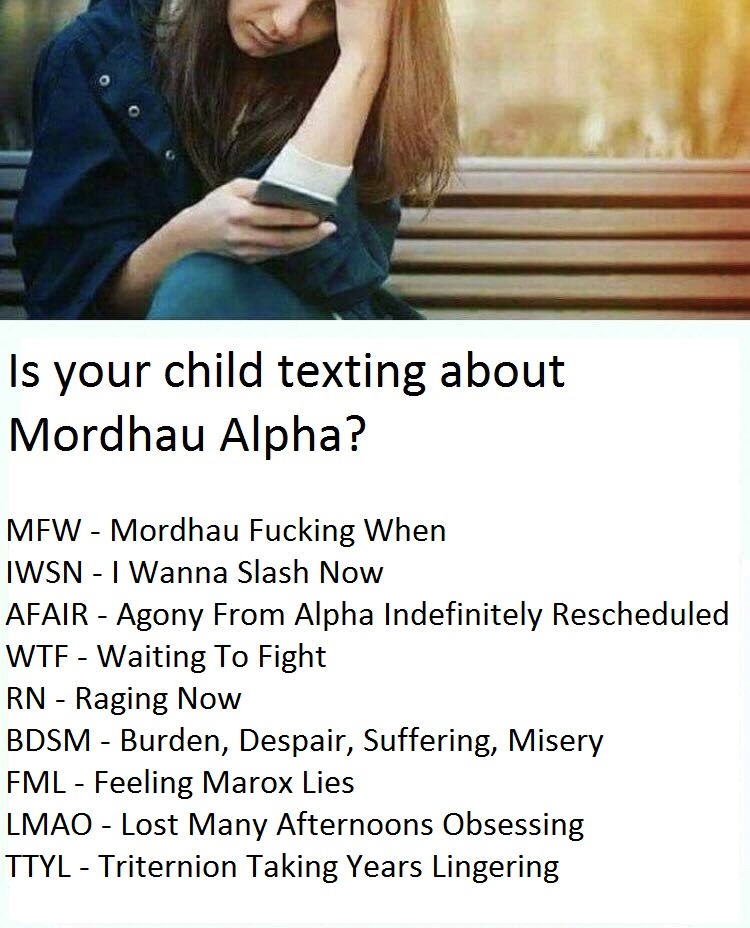 I couldn't really duel for almost 2 months, as I only had a shitty laptop so a rare team deathmatch was the only option for me, but now I got my PC back and finally put in some sessions with our fine gentlemen of Mordhau. I was very happy to dust off some of my favorite weapons and loadouts: 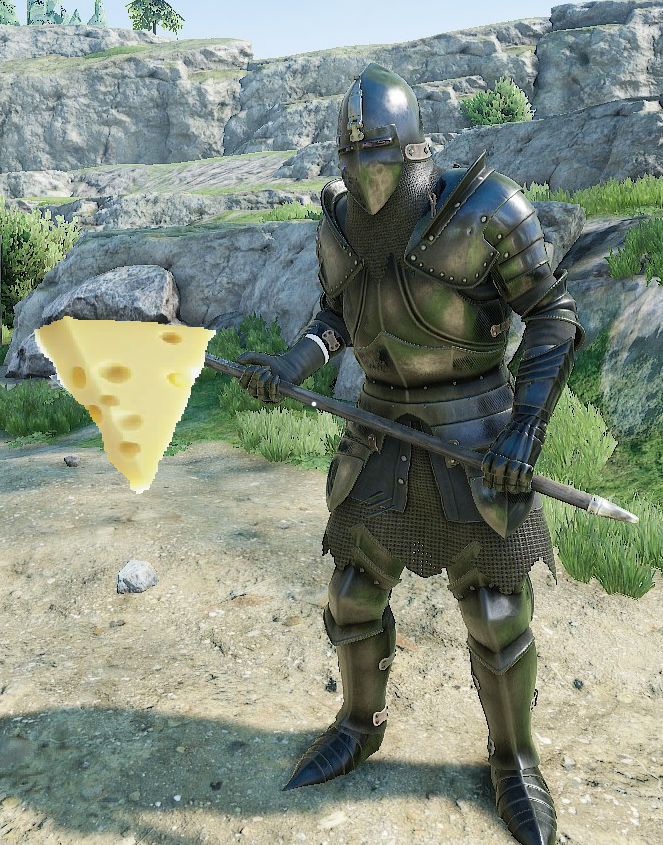 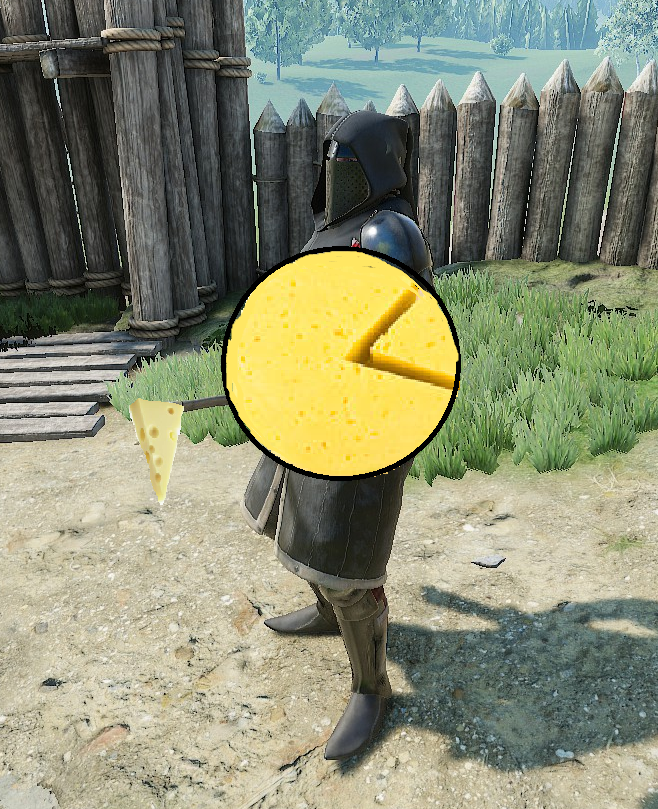 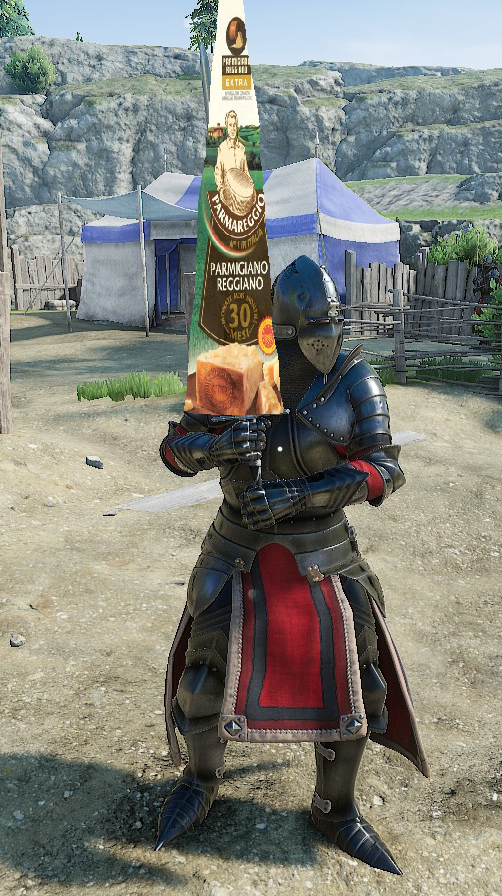 I guess, what I wanted to discuss in this very thread is weapon balance and WHY THE FUCK GAME FEELS LIKE TOTAL CHEESE FESTIVAL.

Srsly, is there a single weapon in the game that is not broken in some way right now? Why beating a good player in 1v1 feels like you just bought a new car with money stolen from orphanages?

I cancered some people with LS Mordhau and riposte feint accels on Bardiche and I'm gonna feel bad about it until at least Tuesday. It's kinda sad to see all the plans in their eyes "oh, I'm gonna do this, I'll try to do this". What they don't realize is a don't give a shit about their plans because I'm busy spamming. In return, I got beat up a few times by a guy who doesn't ever parry or read anything (GS half-sword doesn't require you to do so), some machine-gun hit cancel maniacs, a guy who only does hit recovery morphs and morph feints on Short Spear, which animate like they were taken from 12 FPS clip from World War I, another guy who does these combos to uppercut or jump-uppercut as he has been doing since day 1 of alpha, you know they are coming every time, you see them coming every time, and you eat 2 in a row anyway........ aaaaaaand my new favorite player Broder Tuck, who is already playing in 2032 while we are still playing in 2018.

One big problem I see is that defense is too hard (not necessarily only parry itself) and offense too easy and given too many tools. Player with initiative has way too much... well, initiative. It's like I'm gonna try to read all the shit you throw at me and hopefully live long enough until it's my turn to throw all my shit at you. 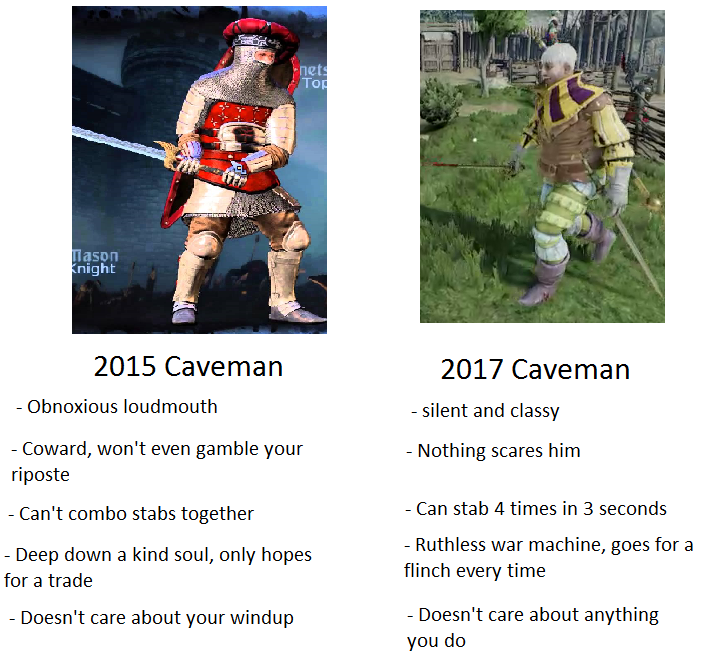 Game is finally fun...
Boring when only one person always wins...

Pathetic attempt at making yourself look good. Exposed in a brutal way.

This cheater lacks honor and today I had a chance to show this "Stouty" guy how a real distinguished knight handles his sword. He brazenly lied yesterday, claiming he's capable of 30-0 scores but in mere seconds after he joined a server I was able to verify his skills and hand him his first defeat and I wasn't even on the opposing team. Imagine what an actual enemy with bad intentions could do to this poser. 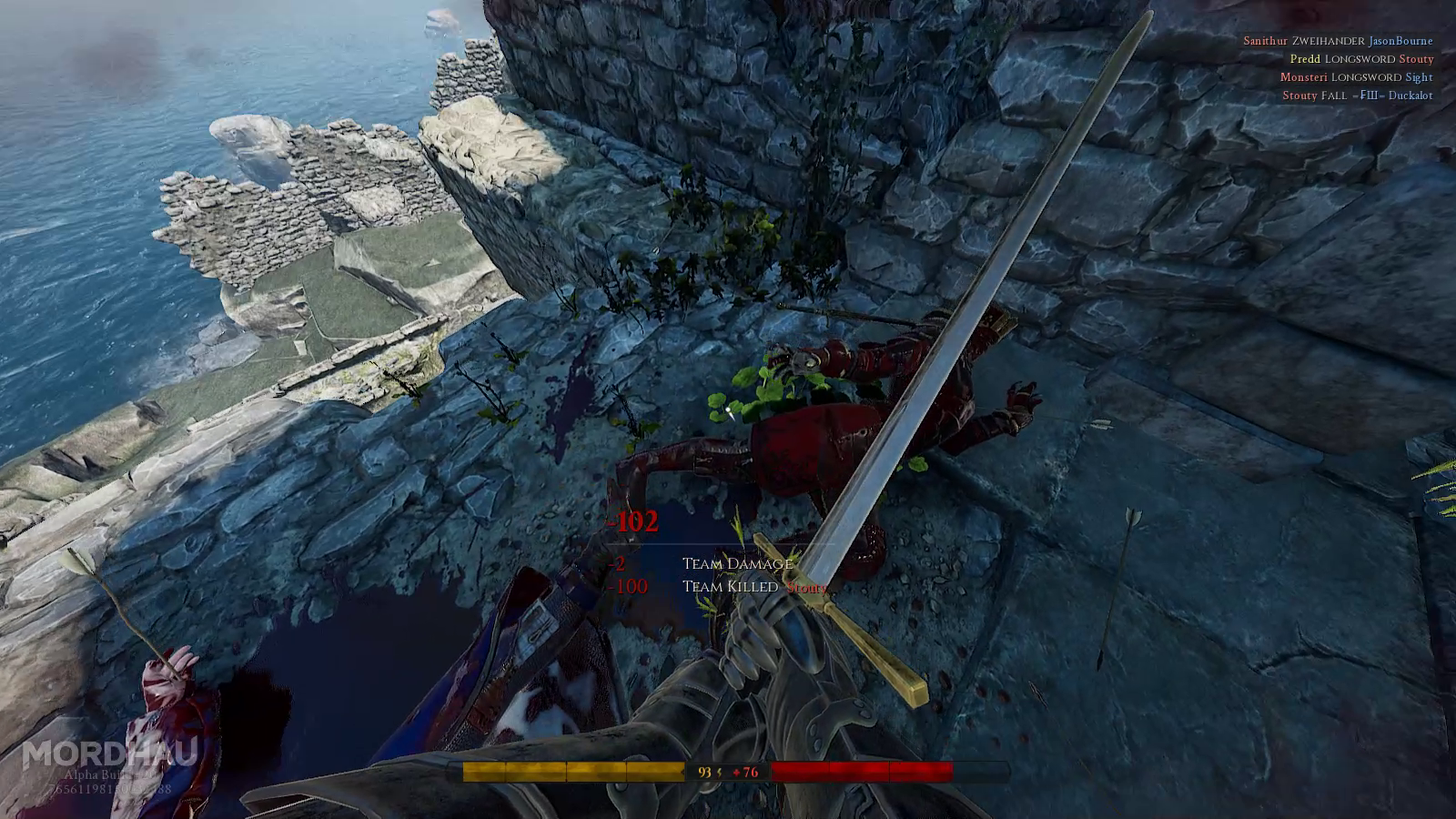 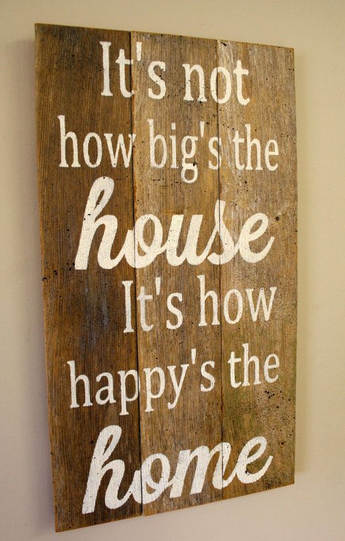 Only saying "YOU MOVE WITH A GRACE OF A DRUNKEN PEASANT"

@greyfox said:
why is 1v1 combat not in a good state right now?

Too much facehugging, groundsniffing, animation hiding and spastic movement, fights look like two flopping fish trying to chop each other with uppercut strikes. I play at moderate sensitivity and keep running out of desk space because people keep moving to my sides with their head down. Most of the attacks are not chamberable in a fight scenario. Balance obviously doesn't exist yet. Kick, I can't decide what to think of it - it's probably too good offensively and too shit defensively. Shields are broken. Some one handers (Rapier especially) are just top fucking kek. Disarming somebody is terrifying. You can gaze upon a windup for ages and then get murdered by a light speed release.

I mean, the concept behind the combat and its mechanics (most of them at least) are good, but execution-wise it still has ways to go.

Hopefully some of these issues will be fixed with new animations.

Rapier and some other fast weapons are zero-effort hit feeds symptomatic of poor ideas for balance and how the combat should work around first hit flinch.

Devs decided that weapon timings pushing on human reaction time are manageable from defensive standpoint in laboratory environment between dedicated players who play Mordhau every day for hours and can be defeated via stamina warfare, so they should be entirely fine for general population.

Well, they are not.

Noobs quickly caught on that having a faster weapon lets you just go bot-mode and attack at all times, which has additional pros that you will rarely have to parry, which is that hard thing that often gets you killed.

Rapier or Bastard Sword are simply asymmetrical, they take very little skill to use and a lot of skill to defend against.

More control? This is me using 240 system: 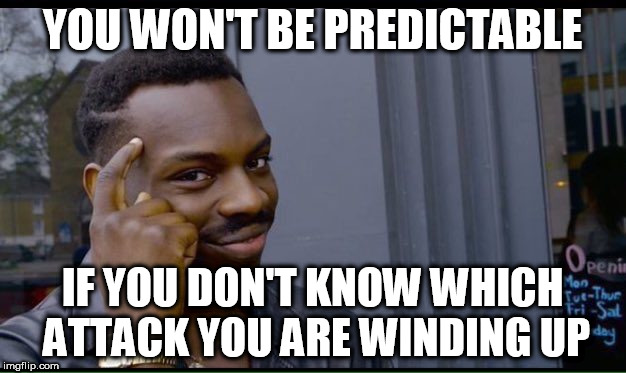 You mean speed up the release from 2024? 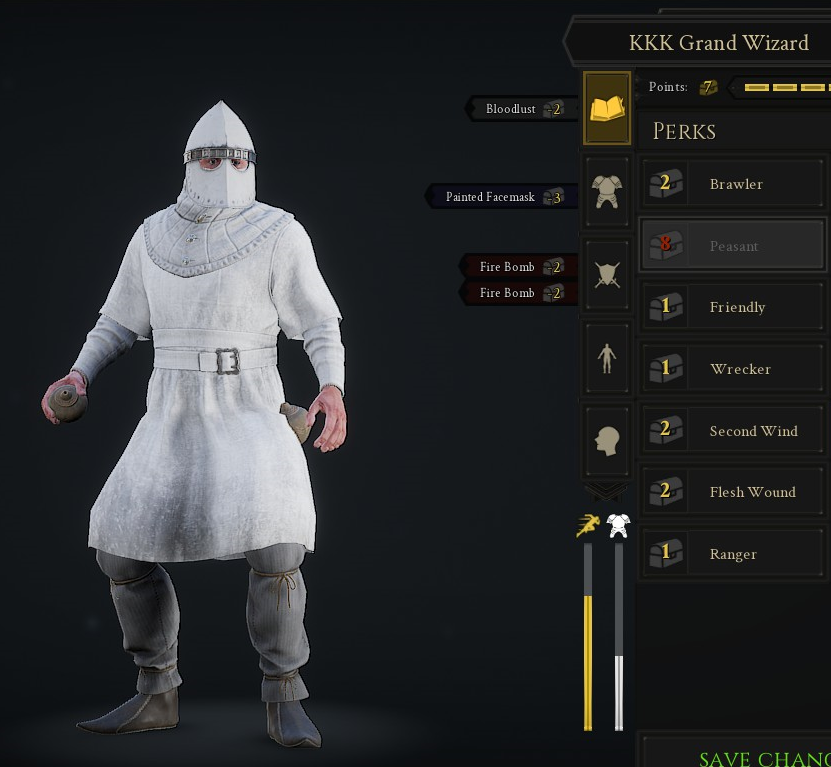 @rob_owner said:
its probably because i think the head hitbox is maybe ahead of where you placed your camera so it looks like it hits something before actually hitting you maybe 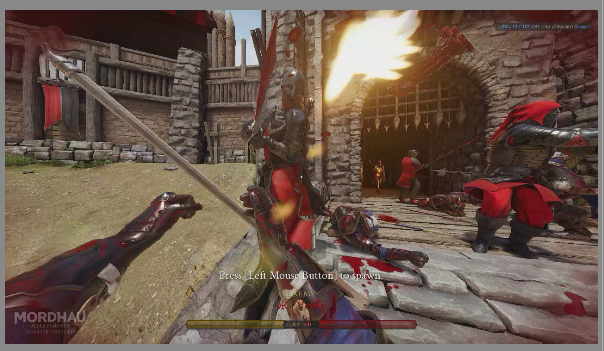 @rob_owner said:
its probably because i think the head hitbox is maybe ahead of where you placed your camera so it looks like it hits something before actually hitting you maybe

It could very well be this. Try putting your camera distance to 0. 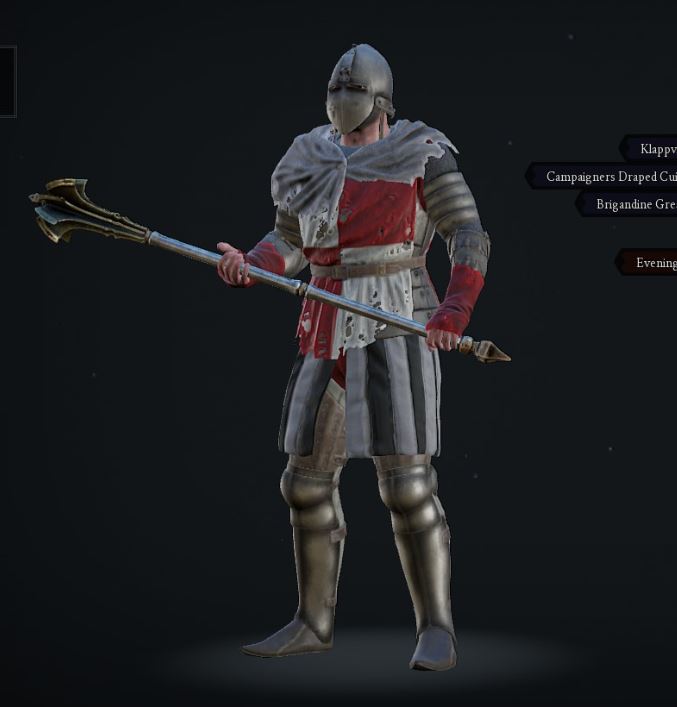 Guy who is always broke but buys the new iPhone.

It's the libtards that want to poison your brain with anti-feint agenda. In fact, most of the feint violence that causes the biggest outcry happens to feint-free people. All these times you were defeated by feints could have easily been prevented if you used a feint yourself.

@LuxCandidus said:
People who are against readable animations are only taking that position because they do not properly understand what others are suggesting, and instead think everyone is in favour of making attacks so slow and telegraphed that even players with two hours of playtime can react to them consistently. This is not what is being proposed.

They should be changed to not look like this:

Because it fucking wrecks shit.

When duel mode gets implemented, there will be 300 threads asking for ES nerf.