Alpha Build #8
Thoughts since launch:
I'm currently 145 hours in and loving every second of Mordhau. The gameplay feels unique but familiar to fans of the melee genre. I'm still improving every time I hop on, and that's a very good feeling. I can't wait to see what archery, objective modes, and ranked MM brings to the table.

Overall patch 19 & 20 have easily been the best patches this game has had. There is a lot of amazing additions to the game which will provide opportunities for individual expression in both combat and when approaching fights. Being able to set up spike traps, blockades, and play as support roles such as medic / builder is great for those who may not want to engage with the combat directly. At this point I'm dying to see how a full 64p frontline match plays out, with all the chaos of the battlefield. Much of the feedback below focuses on what I think should be changed or improved, however I would like to point out that most of the core of the game is more polished than many games that exist in my steam library.

I missed being able to kick heads off of player corpses! Fuck yeah!

This is the good shit right here. The bone breaks are super satisfying and sound brutal. Bones sticking out add a whole new dimension to the gore. Well done.

Below is a long read of feedback I started compiling since patch 19.

Chivalry character recreations, tried to be as faithful as I could be, including face & voice personalities.
Here are their character codes for those interested:
edit - pastebin link: https://pastebin.com/sMwmHHwS 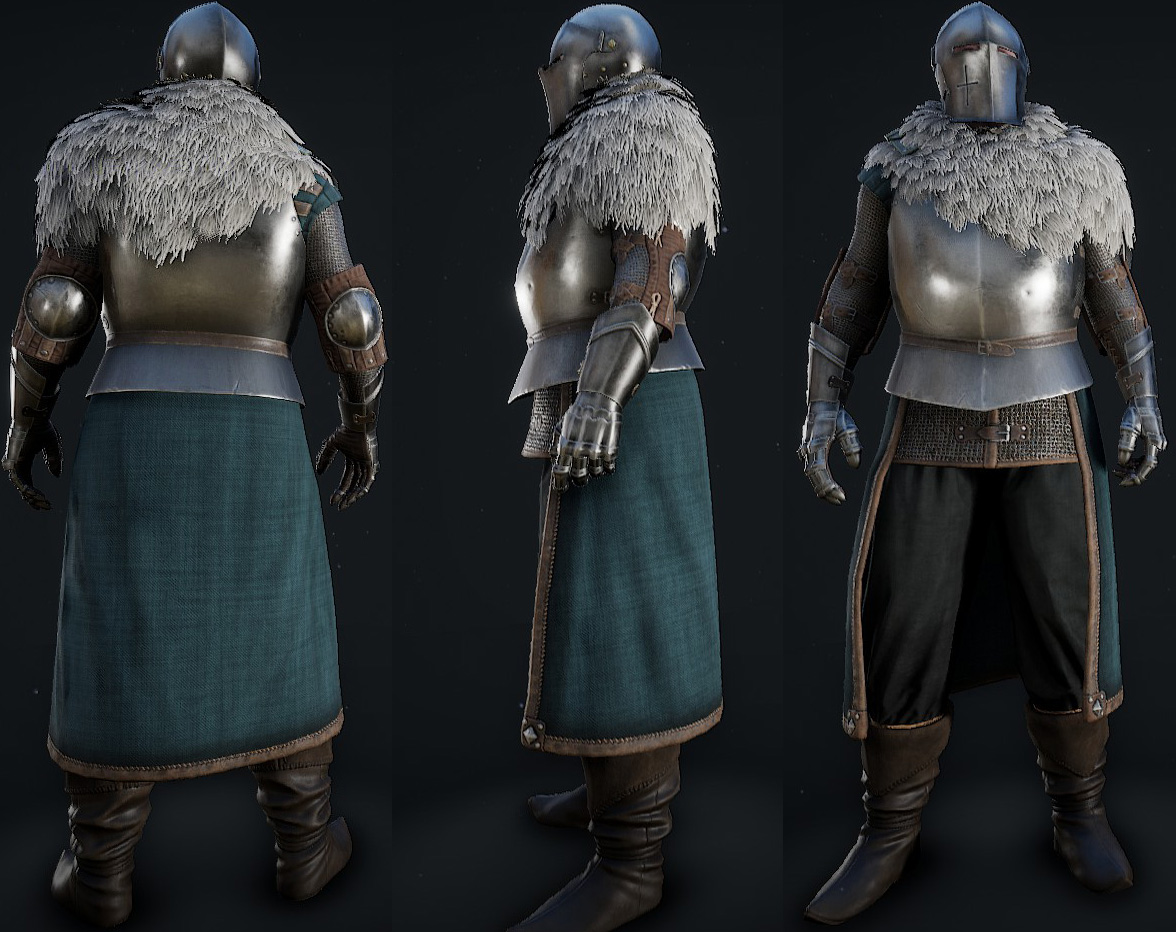 Faraam Knight from Dark Souls 2. I wish I could have shoulder armor underneath the bear pelt. 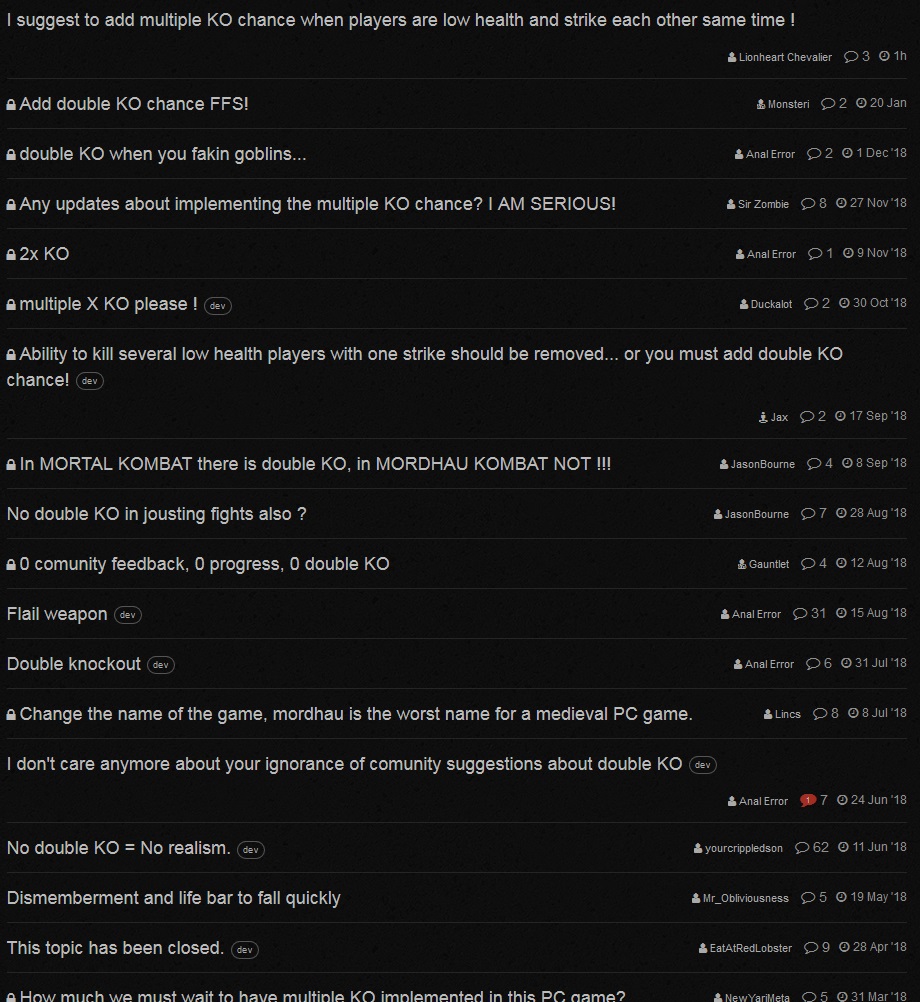 When you go to character customization in a level, you get this nice backdrop for your character of that level. I'd like to be able to set in menu which backdrop I have, whether it be the default blank that we have now, or the nice white hot intensity of tourney. Also being able to select which character is going to greet me at the menu would be nice. I like that the head follows the mouse, would also like to be able to grab and spin the character, and when voices are added to click on the character to make them speak.

I feel like headtracking is something that should happen when you're idle, and based on whoever is closest to your reticle. It should almost always be disabled for crouching, that's where it looks goofiest and has gameplay implications when you're trying to duck.
Also the distance to your target needs to be significantly smaller, I shouldn't be staring at people through multiple floors in a castle that I can't physically see.

I agree Radfox, Survii's behavior will not be tolerated on the forums. As such he has been permanently removed. He was someone who was given too many second chances despite prior warnings.

I normally support community made threads such as these as they are helpful for users who may miss things in the discord. This isn't the case here, given that much of this post came from leaked materials that weren't supposed to be publicly available.
Compiling leaked information into a public forum post ahead of the official devblog is unnecessary. Waiting a few more weeks, displaying discipline and patience, the new information would have found a more exciting platform for reveal in a video complete with information instead of a few screenshots and speculation. The devs would be in control of the quality of said material, ensuring that the presented content is polished for both backers and the general public. The more dedicated members of the community may be fine with raw content reveals, however devblogs are also for those who might not have the same vested interest in this product and may judge the game on unfinished assets or ideas.
Jax would be completely justified in terminating this thread, and I respect his decision to let the community get a slight teaser from the leaked materials. I know that when the devblog eventually hit, the community would have largely forgiven the long silence. 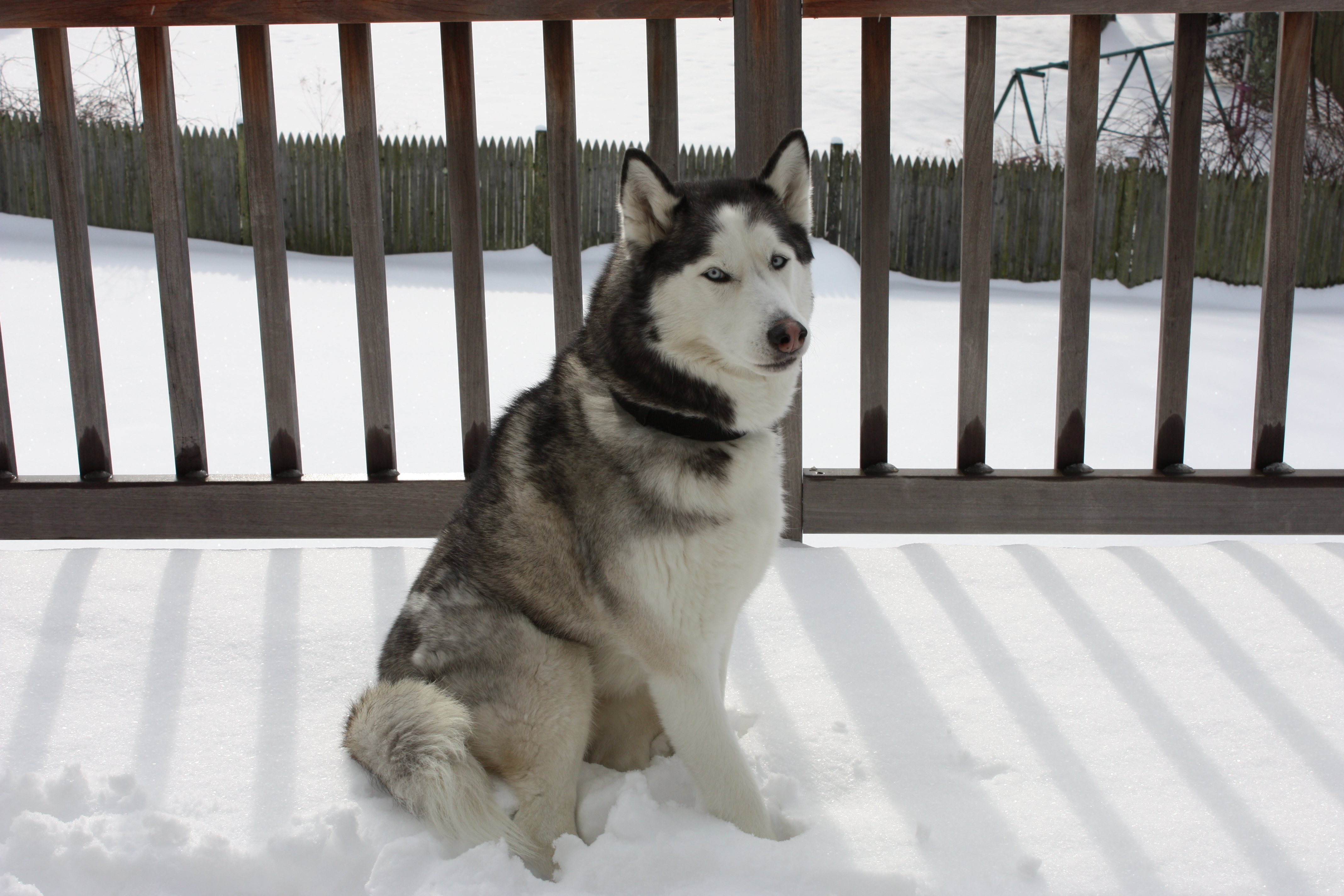 Now I've got this fluff ball 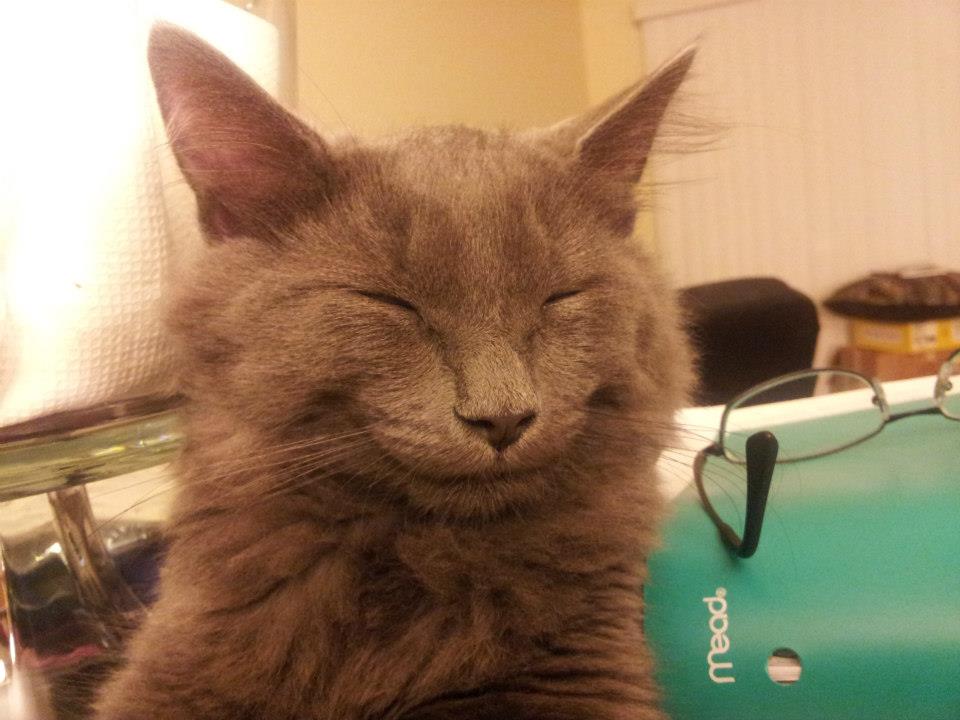 my secret is I don't wear any pants

The fights look alright, the issue is that most of the time is spent looking off-target (down at the ground or slightly to your target's side for corresponding accelerated and delayed strikes). It's a weird issue with real time strikes wanting to either be accelerated or delayed, but no real reason to try and keep your target centered. I'm not sure there is a way to make the high level meta revolve around a centered strike with the current system of timing based strikes. If it was more about angles it would make more sense for that so you can better see your targets swing angle & animations but then the attacker would still want to hide windups with torso rotation as much as they can.
I think this kind of gameplay is a resulting flaw of real time strike systems and torso rotations. Without significant changes to the base game the top end of gameplay is going to result in a lot of camera motion off-target as that is how you control your strike and when it will connect.

Overall a good video though, music is nice and the gameplay is high skill.

This will be your final warning Cygnus - as you've chosen to ignore my last message. You may pm a moderator (including myself) to discuss your discord ban. This is not the appropriate avenue for doing so.

You already have a handful of topics asking for double ko. I'm sure your wish will appear in some form but it won't be from hit trading as this goes against the developers vision of the game.

I do agree that the game feels very much explored, however the way players interact with the combat has changed over time but they are subtle differences. I think the final layer that could reasonably be added to the combat are either perks or more weapon specials for more weapons (think like the billhook pull but more gameplay changing). This would open up more strategies and play styles. Maybe the game just doesn't resonate with you, Roshawn, and that's fine. I would never go back to chivalry after mordhau, and that's my opinion. 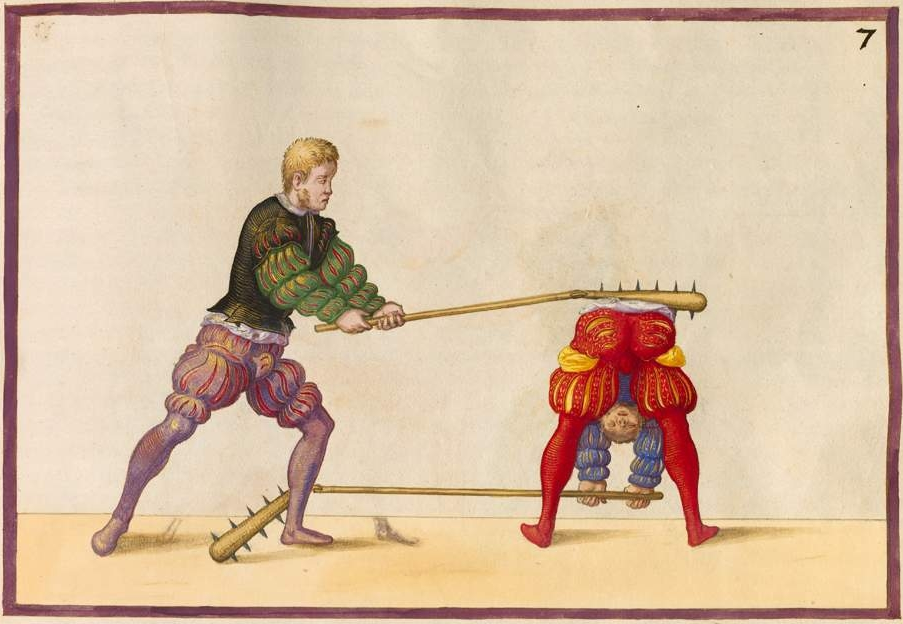 The problem with automation is it's really exploitable. You can force a player to cause team damage by standing in front of them or by suiciding in their firepots. Or a good player can avoid this system by killing plenty of enemies, then firebomb the spawn a couple of times and still be at less than 20% damage done. Trolling and griefing can also take many forms outside of damage done to friendlies. Goading players by kicking them off of things consistently, blocking passages, smoke bombing spawn, firebombing the objective so no one can complete it. I haven't even touched on the kind of chaos a dedicated team of builders w/ blacksmith perk can cause. I think the best system is one that Insurgency uses and I've posted about before so I'll repost it here as well. It does not rely on automation, though can be augmented by it to better suit the needs of the game. I agree with Hadeus that the best system involves admin controls and proper implementation of a votekick system.

Votekick should exist but it can be implemented much better than in Chivalry.
Example: In Insurgency if someone calls a votekick, it requires multiple people to go through the menu and try to votekick said person before it shows up on everyone's screen for a vote. Usually requires at least 3 or 4 people to initiate. This removes all of the rage votekicks people will put up on one accidental tk. It won't stop groups of players from abusing that though.

There are Chiv servers that have votekick disabled. I avoid these servers because they become home to the players who like to tk, or for hackers because no one can remove them. No votekick requires constant admins to be online, which isn't a realistic goal.

@Frise said:
this is from a brazillian chiv vet that was lent an account with the alpha, dm'ing me about the discord being toxic

I prefer playing with the SA community since the people are more sincere and don't treat the game as an autofellating ego contest. It also has to do with internet culture that has popularised disingenuous acting and ironic memes. Cut through the bullshit and most of the people are just having fun, but it's tiring trying to filter between bants and assholes. The take away is don't take it too seriously.

I think I'd be happy to see the "throwing axe" and "throwing knives" be removed. If you want to toss weapons, fill your three equipment slots with knives / axes / maces / 1h swords. This would effectively halve the amount of potential throwables per player and also reduce the amount of players hogging the ammo crates just for throwable resupplies and taking it away from archers. Right now a couple of players spawning naked with 6 throwing axes can be an absolute nightmare to deal with as they are too quick to catch and have huge killing potential at 50 damage per throwing axe vs t2 torso.