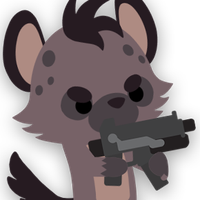 could we get a AU (African Union) server thank you

How to win in Mordhau

@OfficialStuffMinus said:
If you still don't get it, people play Mordhau to get a very realistic medieval combat simulator that is both enjoyable and accurate. It would not be accurate to see Blacks and Females running around the battlefield. The game is already nearing perfection, without the addition of these other details.

Remember the ninja turtle knights of Prague?
The Mario brothers formation?
The rogue glacier palisade shield skaters?
The famous treehouse struggle of Hastings?
The mix of weapons and armors from different centuries and countries of origin?
Daggers being able to hurt by contacting any point of armor? Spears with an equivalent hitbox on the shaft compared to the tip?

"Don't call me racist. It's natural to be racist!"

You do realism that racism doesn't necessarily involve hatred, right? You also realise that this isn't the 1800's anymore and that many races coexist in many cultures throughout the world now? You realise that race isn't the societal boundary you seem to imply it is anymore, right? I suggest you are the one who needs a 'reality check'.

There is nothing wrong with identifying with your heritage, but that is a very different thing from segregating yourself from other races, which is a racist ideology.

I'm sorry, but someone saying "I don't want black people in this game because I only want to see white people, like me" is definitely a racist comment, which is what @Slouchmeister was saying. It's a shame you can't understand that.

So even back in the 1970 the majority of the population in germany for example was still the overwhelming majority white. And what good did these changes brought for the countries? Its a bad thing obviously, and unnatural. But that is another topic.

About the segregation, ever thought this is only a necessity in a modern multicultural society, where a certain race might feel his heritage and culture threatened, so they feel the need to segregate themselves to preserve their culture? Ever thought about it this way?

The your last point, no i really dont understand why there is a problem, when some says he prefers to play with his own race, even in a videogame setting. Whats wrong about this? The game's setting does after all fit such a statement...

Name a single mercenary company in Europe that has been recorded to employ any significant number of darkies or women. Pro tip you wont because it doesn't fucking exist. Inb4 muh shield maidens

Ok since its a fictional game lets add dragons, faeries, and ogres, that would make the game much more fun. Oh wait it doesn't because it keeps a slight grasp of realism. Stop with the school zone speed iq takes.

I WANT TO PLAY A HYENA

@Slouchmeister said:
Heres a lesson in basic psychology since you apparently have autism and don't understand emotions, people like to play as and against people who look like them. To enhance player's experiences they should be able to have toggles to only play as people they want to and see people they want to.

So you want this game to pander to your racism. ok.

I'm in favour of a toggle, but on that is labelled 'Character customisation on/off'. Should you disable it, you remove all aesthetic customisation from the game and can only see default clothing and avatar settings so everyone looks the same and no 'darkies' or women. You want to be racist like that, fine, but you opt out of the privilege of seeing other people's customisations and your own ability to do so to, seeing as you can't play nice with other people.

it takes a racist, to find racism in every little thing

@The_Hero_of_Ages said:
They can easily look at my steam account and all my unlocks. About to make a post a day til its fixed. This is BS

You take this game too seriously.
Go outside for once, get some fresh air and relax. Who cares, it’s cosmetics. Nobody cares that you invested 1000 hours for your “level”

dident you get banned for macro gold farming

@Odd said:
If you click on one of the shirts you can change size to kid, like imagine going to kindergarten with a fire-ass mordhau t-shirt.

thanks for the Idea

@esturias said:
Bears are boring, too.
What about Llamas? Or... even better: Why not obstinate donkeys instead of horses? Randomly changing direction and stopping right in front of an enemy. Oh... and only half as fast as a horse of course. Would perfectly balance the whole thing.

perhaps not be a Zweicopter

does the Castle map have Machicolations

This is fantastic, a well thought out and appropriate response to this issue. I think that a reputation voting system could be a good thing to add? I am thinking kinda like overwatch, where there is in game incentive to be a good person basically. I think there should be a check mark next to a players name at the end of the match that gives like a 50 gold bonus, or maybe if you get enough votes over time you can get a cool skin, it would be nice to get a knight skin for being so chivalrous :P Honestly though, One holy paladin themed skin and sword for good behavior and i bet this community is the most warm and welcoming place on the internet hahaha

Oh, other idea that is absolutely horrible dont do it, but would be funny to see in practice. make frontline character customization based off that voting system. if you get down votes alot, restrict the player to peasant status lool

@THE-REAL-WARSAW said:
I agree the horde is a lil silly,
but I hate to inform you there would be literally no way to fight most of the waves past wave 10 by hand to hand combat.

They have too much health, throw too much horse shit and fire bombs at you and couple that with the archers it would be a losing battle in a pack of them as all it would take is 1 stupid flinch and you are dead, literally plus it takes way too dam long, you could get 2-4 times the gold and xp playing it our way anyway and your actually fighting them not just camping, however sum spikes and 2 ballistas are required at all times to stop the bulk of them, but that only ties up 2 ppl the rest of the ppl could do whatever...

I do not want anything nerfed by any means but I've played horde 3 times and it is fkn lame tbh,
just a bunch of fkn tower campers as that's the only way to survive it honestly.

This is why we came up with a better way to play horde, on frontline maps and it has infinite respawns regardless of the waves progress and the the last wave can be a 60-100 strong if we want.

It is a lot more fun and since its just the regular ai its actually playable hand to hand and way more fun and every1 doesn't have to camp at all.
Obviously it doesn't have the fancy horde looking ai but hopefully when more stuff is moddable that will change.