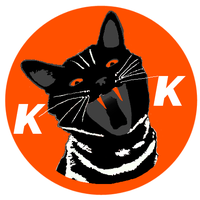 Really? In my experience, if I attempted to chamber too early (beginning my attack when their attack was still in the windup phase), their weapon would end up hitting and flinching me. I found in order to successfully chamber, I had to begin my windup once their weapon entered release.

@Naleaus said:
If you stab feint me, I'm going to end up stabbing you due to how easy chambering stabs are.

Wait, you can chamber feints?

@Naleaus said:
People seem to have the same problem as in Chivalry. They see feinting as a bad thing an purposely don't use it. The skill level is pretty low right now, once people are better at chambering and the defensive mentality goes away, feints are pretty nerfed.

Morphs are really fucking powerful at the moment, much more so than feints. Drags are still doable, but require much more precision.

Feinting is bad. It's a ridiculously easy thing to do, which has a disproportionately high payoff in a timing-based combat system. It's a crutch, like drags, and nobody wants to be that guy.

If you stab feint me, I'm going to end up stabbing you due to how easy chambering stabs are. I'm rubbish at other angles due to only playing 2 days, but feints are pretty well countered by chambers, and turn them into medium risk, high reward.

Wait till the playerbase gets better at the mechanics that nerfs feinting before considering it bad. I'd also suggest using EVERYTHING available at the moment, because the game shouldn't be balanced by gut reactions based on biases from other games.

Fair enough. I think chambers are a worthy addition to the game, as a counter to what was in Chivalry an overperforming low-risk, high-reward crutch, that being feints.

You're right, the game's not been in Alpha for two days, so perhaps I should give it some more time. The similarities to Chivalry are quite overt, however, and I so I think a direct comparison is not unfair.

Feints are a crutch.

Dragging = acceleration but in the opposite direction, hardly deserves its own listing

Side strafing is something most people do subconsciously anyway

Z-stabs probably won't work with the generous parry hitbox in the game atm.

Chamber drags/accels doesn't deserve its own listing, as it's just a combination... same for most of your 'techniques'... pretentious af

@Naleaus said:
People seem to have the same problem as in Chivalry. They see feinting as a bad thing an purposely don't use it. The skill level is pretty low right now, once people are better at chambering and the defensive mentality goes away, feints are pretty nerfed.

Morphs are really fucking powerful at the moment, much more so than feints. Drags are still doable, but require much more precision.

Feinting is bad. It's a ridiculously easy thing to do, which has a disproportionately high payoff in a timing-based combat system. It's a crutch, like drags, and nobody wants to be that guy.

@Havoc said:
Yeah, the parry skill ceiling is a bit low atm and results in a stall that can usually only be broken by feinting or gambling.

That's precisely the problem with feints though.

I posted this in another thread, but the problem with feints is that they take hardly any skill to execute, but have a disproportionately high payoff. In a timing-based combat system, feints and drags are simply overpowered.

Parries take very little skill to pull off, and have a fairly low payoff. I would like the parry hitbox made around 50% smaller, and I would also totally be in favour of reducing the parry time window and making it harder to pull off, but only if drags had their putrid sweaty nutsack sliced off.

My problem with drags and feints is, from a design point of view, they're terrible game mechanics. The risk:reward ratio is totally skewed, with plenty of reward and hardly any risk, they're very powerful, and take very little skill to execute successfully. In a timing-based combat system, drags and feints are disproportionately powerful.

Contrast that with chambers; they take fairly precise timing to pull off, and have an appropriate payoff.

Contrasted also with parries; they take little skill to execute, and have a relatively low payoff.

@Kill3rCat said:
I am a big fan of velocity-based damage.

Deadliest Warrior had that and it sucked. Drags are what makes the combat expressive, and they add a lot of depth. If you don´t like them this is kinda the wrong game honestly.

Good advice is to not make any comparisons with Torn Banner software. I never played DW, since it was a retarded concept to begin with, but if Chiv's anything to go by, DW was probably as badly concepeted and executed as Chivalry MW.

I always viewed the reliance on drags as a crutch. What do you mean by 'expressive'?

Edit: I am aware that drags have always been an intended 'mechanic' for Mordhau, and while I personally do strongly disagree with that, I feel like the rest of the game will be a solid enough concept to make up for violating the laws of physics.

I am, always have been, and always will be, fervently anti-drags. I think it's a cheap gimmick that arose out of the rampant exploitation of Chivalry's badly designed combat system. I can tolerate it though, because despise them though I do, they can be countered with mixed reliability by learning to not block instinctively, and instead wait for the weapon to almost make contact before attempting a parry. Same counter for feints. You can also, with rather low reliability, counter a drag by running towards the enemy's weapon to reduce the time window of the attack's release.

I am a big fan of velocity-based damage. It kills drags stone dead, as it should, and works wonderfully. Mount & Blade is a good example of this. M&B had some terrible issues relating to spammable feints (akin to spasms), very mediocre weapon animations and unreliability of input. However, so long as you weren't trying to game or exploit any of the game's mechanics, the damage always felt fairly consistent.

With velocity based damage, you can have fast weapon animations, less forgiving block hitboxes, and a smaller parry time window (I am also not really a fan of timing-based blocking, but I accept that it can work), and allow the actual game mechanics to have a high skill ceiling without relying on gimmicks such as drags, rainbows, waterfalls and all the other spastic bullshit the Chiv community came up with. Nobody can seriously say that Mount & Blade doesn't have a high skill ceiling, it just has a different design philosophy. Direction-based parries, rather than timing-based parries. Feints are used to mask the direction your attack is coming from, rather than when it'll hit.

I feel a good fight should not last a mere 10 seconds. Even at high levels, Chivalry fights rarely exceeed 10 seconds. In Mount & Blade for example, fights often last between 20 and 30 seconds between similarly skilled opponents. The longer a fight lasts for, the more tense it becomes, the more adrenaline you feel, and the more invested you feel in the outcome of the fight.

Y'know, so people actually have to aim their blocks. The block hitbox is too big as is; there have been times when an attack should have missed an opponent but collided with the block hitbox anyway.

Btw, I'm liking the Alpha. Werily gud. Not quite as frustrating as Chivalry, with its wonky animations and engine exploits, but still competetive.

@afiNity said:
You probably missed the fact that dragging is indeed a part of the designed combat system

Dragging is. Fuck the rest of it. I think even the dragging could be toned down a bit, and still be viable.

@Reapy said:
Wondering if they didn't want to have that stuff happening as much and instead wanted people to focus on parries, chambers, and timing rather than obscuro angles and disguising animations?

That sort of thing is the thing that makes people quit a game in frustration as it more feels like you are playing the game engine rather than the designed combat system. I realize that most games do devolve into that, but things like dragging a dangling hitbox into someone before the animation ends is something you'd want to avoid in your game. You'd want to first avoid it being possible and also provide a designed mechanic that lets you overcome someone's defense so the technique wouldn't be needed in the first place.

This is just my thought on that and my guess for the chosen tuning they used for the turn rates. I'd also hope that they deaden swing damage on the end of the arc as well as the start of it to keep the damage band within the main swinging part of the animation.