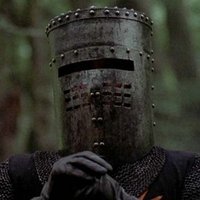 @Mr_Obliviousness said:
I really enjoy reading this thread so I thought I might add some pictures :D

In the game I want a kind of gloomy aesthetic on some of the maps, something in this style: 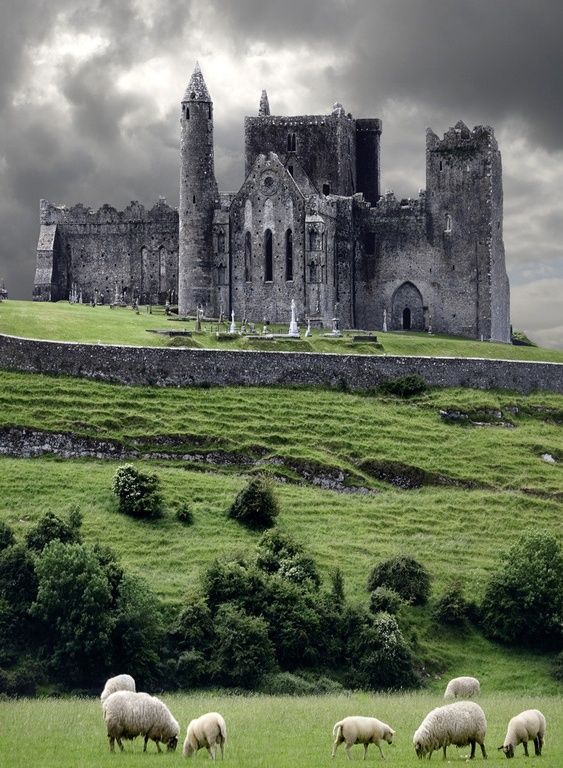 I also really enjoyed @Hiemal idea about the long walkway. I think this could allow some epic moments, and it would really encourage team work. Im thinking something similar to this: 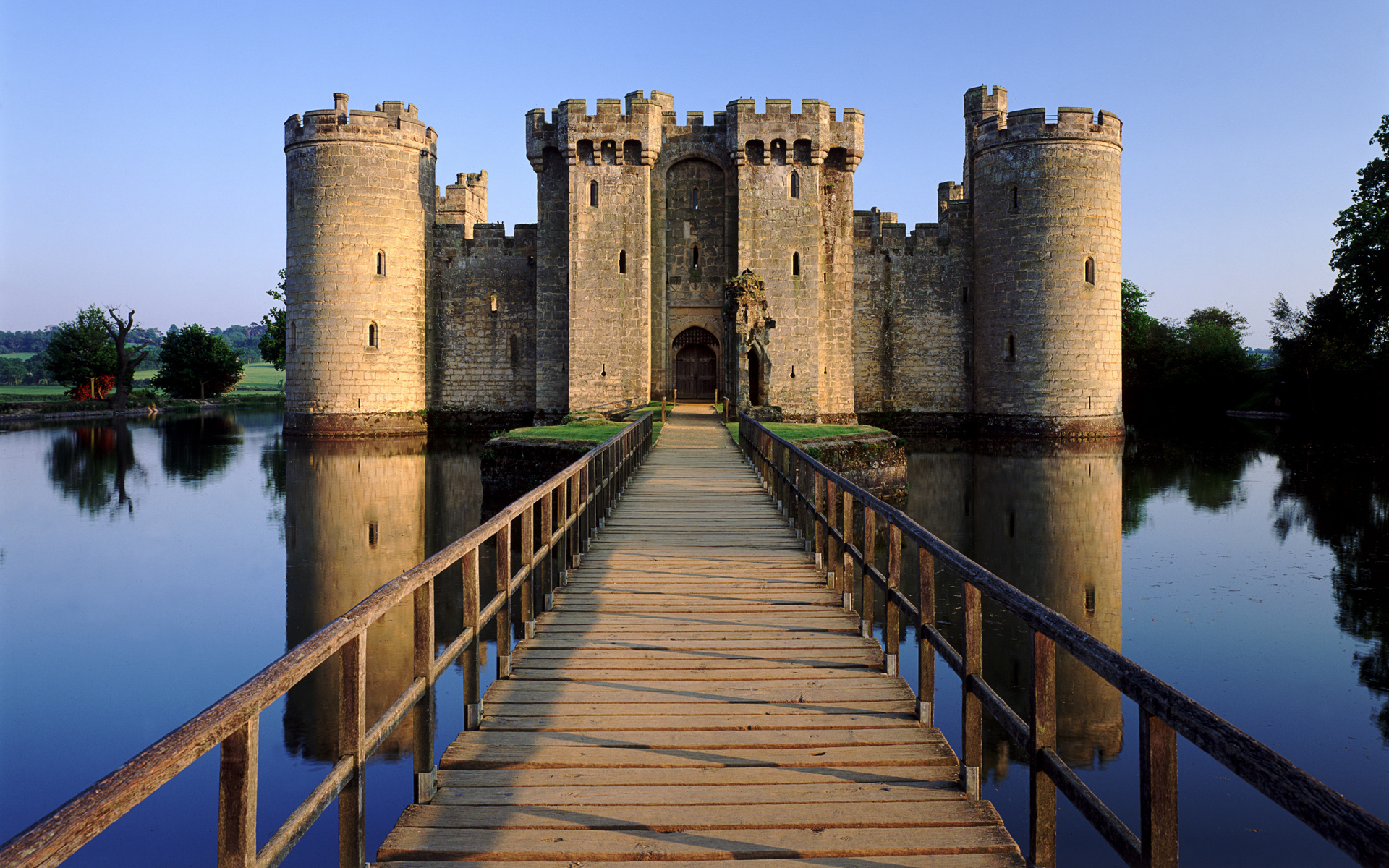 But perhaps as a bigger castle, with some high towers like this:

For the inside of the castle, parts of the "village" or such could look like something in this style, which I think look really cool: 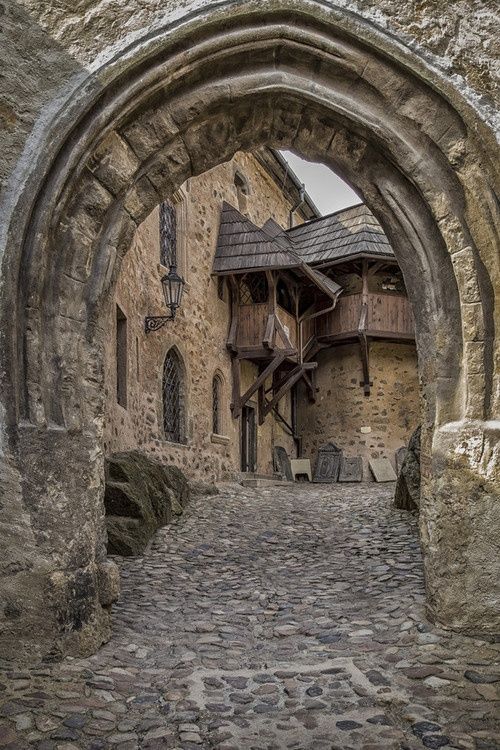 In general I think the layout of the castle could also be something like this: 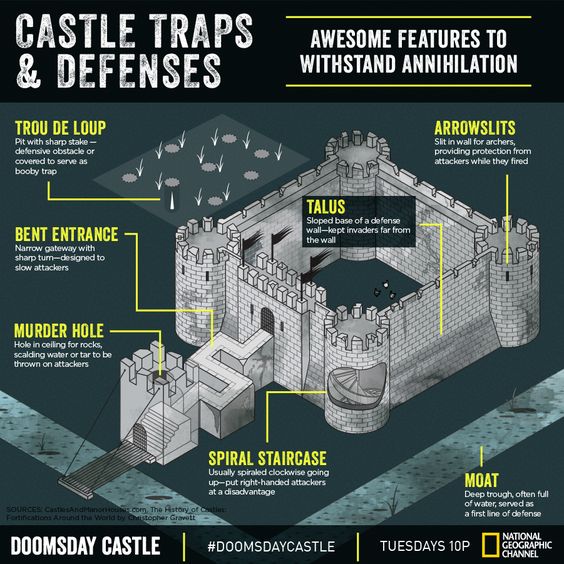 And it would be cool if the interior looked something like this: 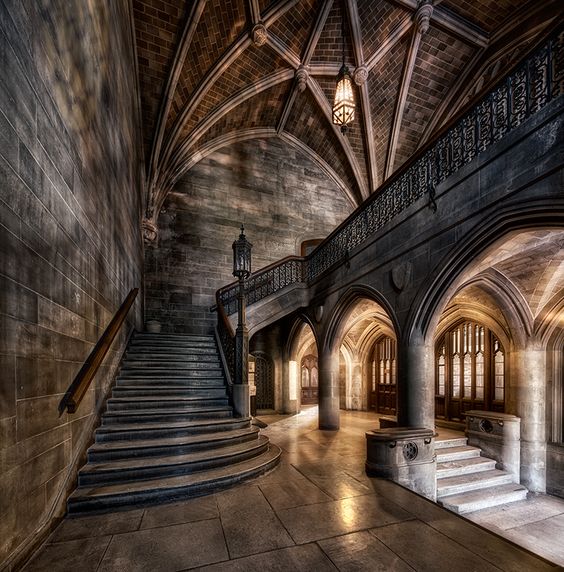 For FFA or LTS (or a combo of both) some overgrown ruins would be very cool, with some open areas and a couple of hidden passages and such: 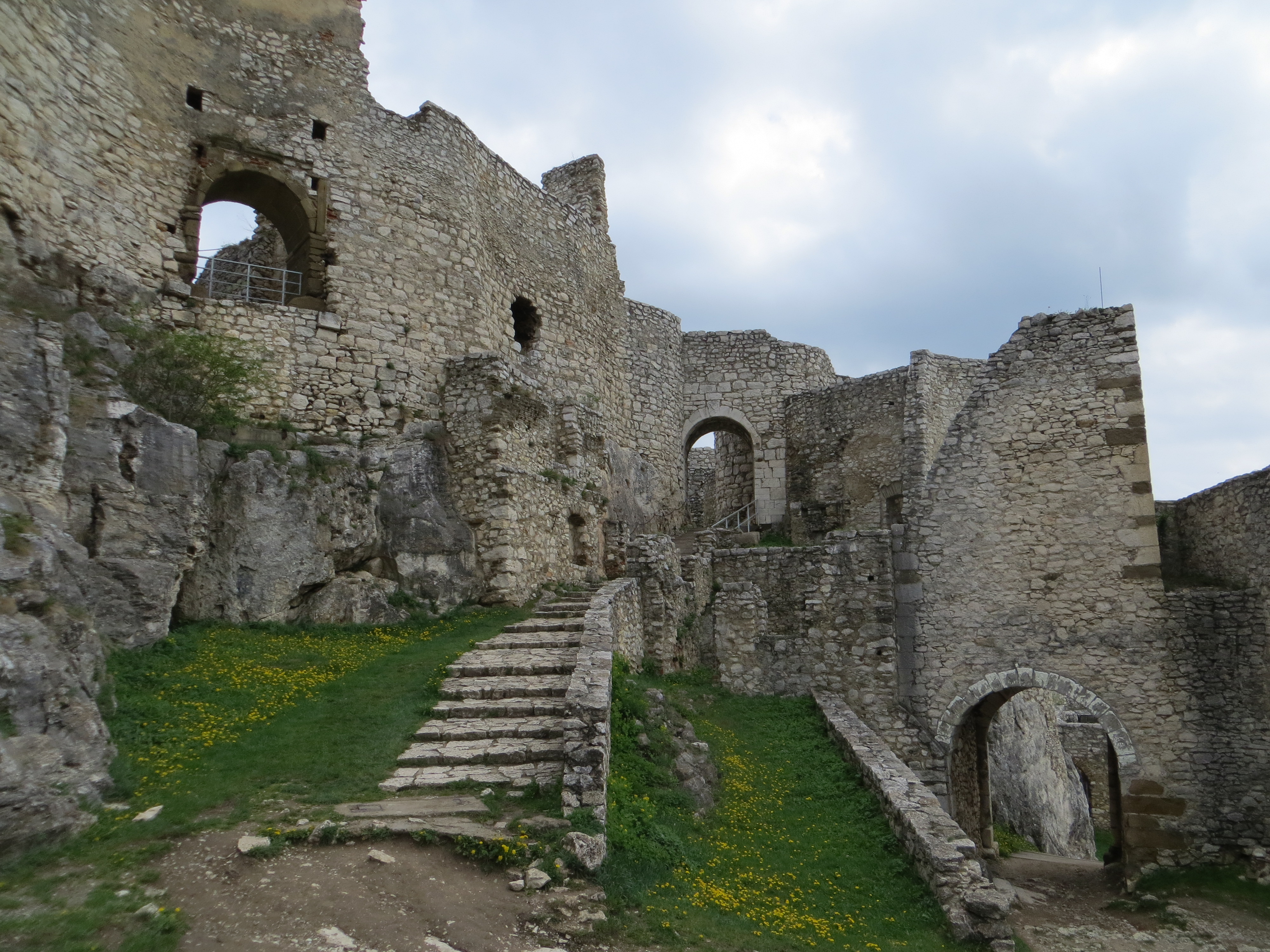 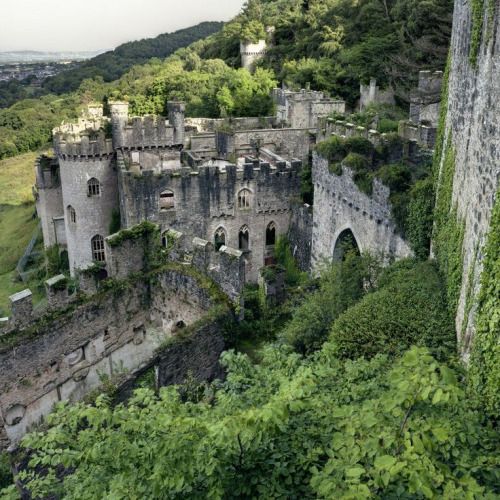 In Team Objective however, it would be cool if there were a lot of dynamic elements in the map, such as being able to throw rocks, breaking wooden objects (ladders, small walls, doors, fences etc.), cutting ropes (which the enemy could climb on?). It would also be cool if you could be able to destroy entire towers and walls, with the help of siege engines. Imagine being at the top of a tall tower like this: 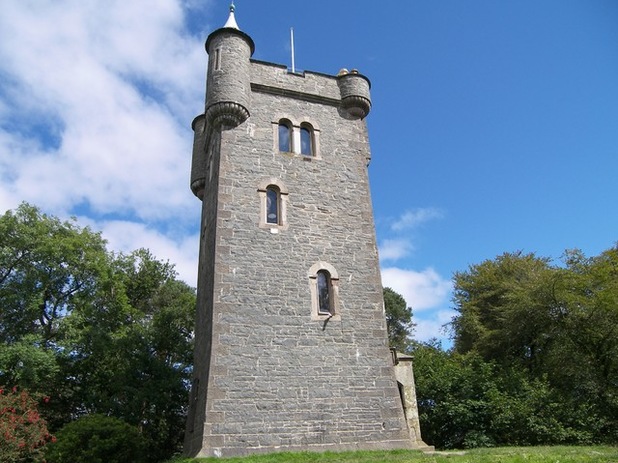 And having it crumble beneath you as you try to find a way out, or if need be, jump out (you could land in a bale of hay and survive perhaps?)

Lastly I have a few images only for inspiration: 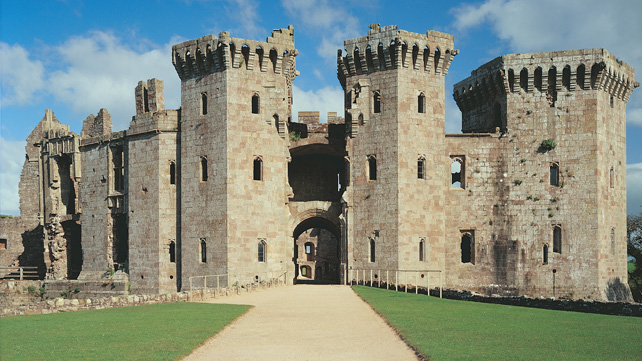 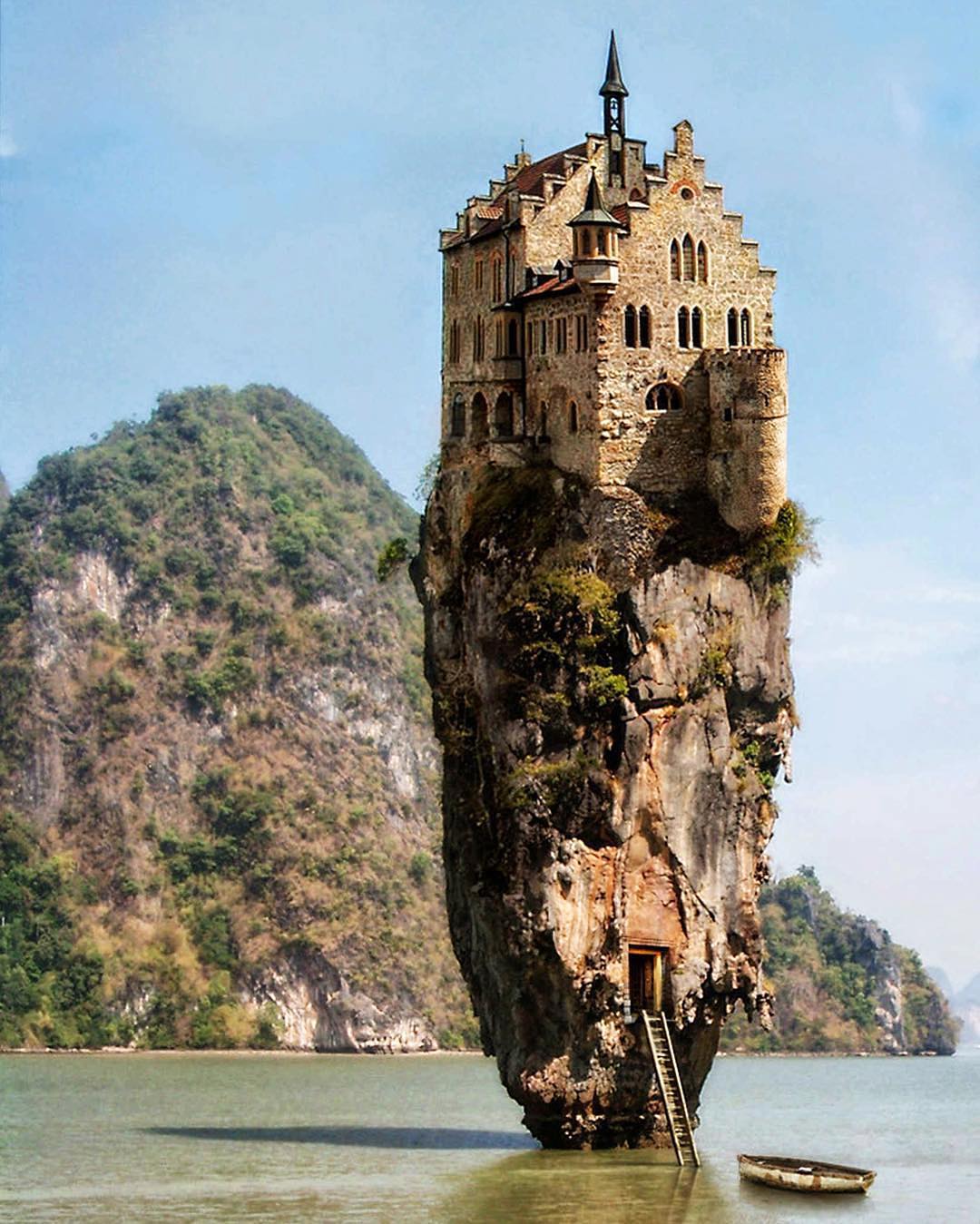 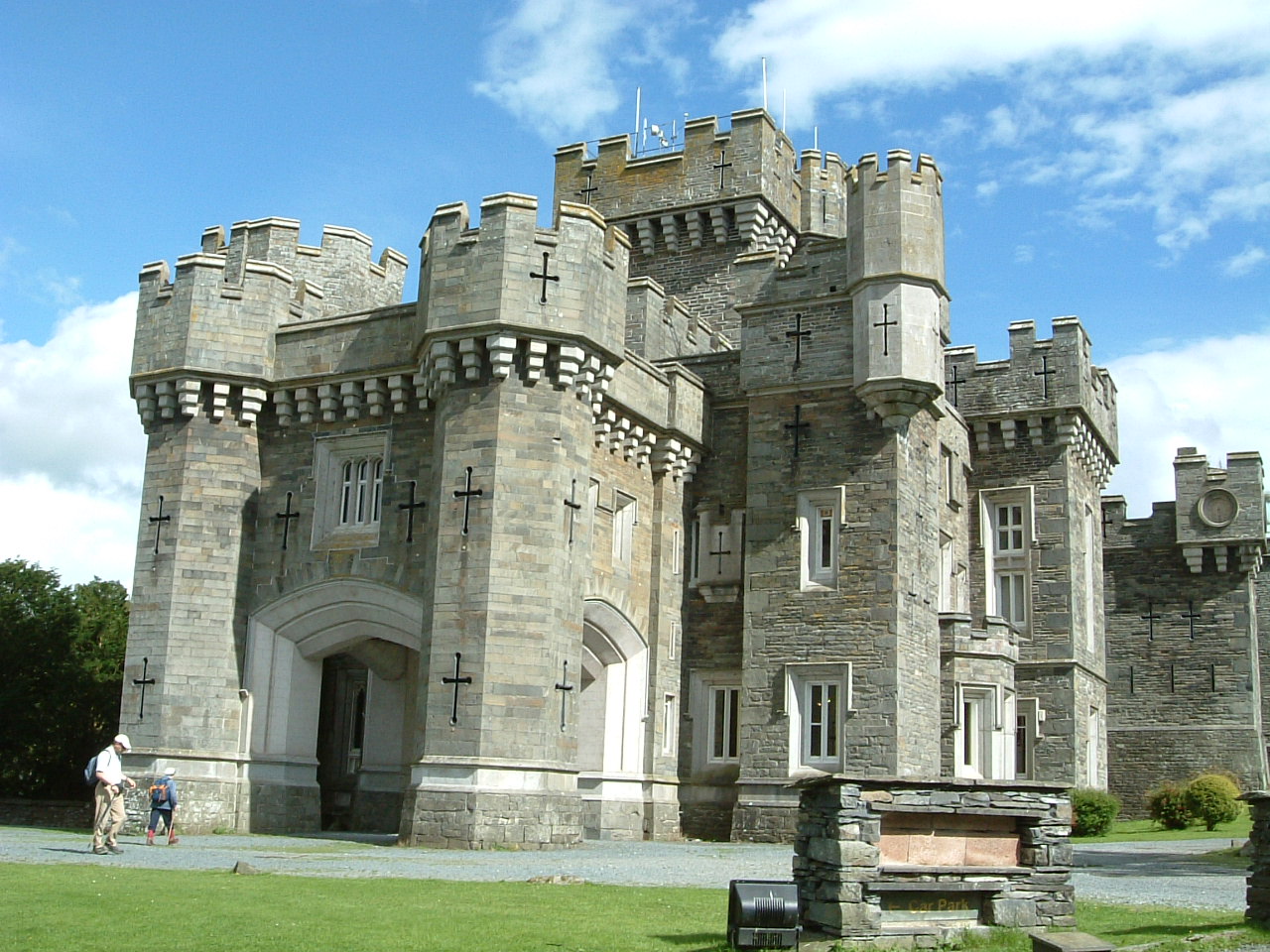 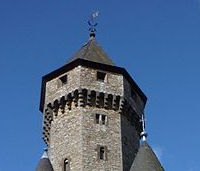 @LuxCandidus said:
It would be prudent to keep in mind the alpha for the game of the century is about to launch. A few fumbles by the developers should not distract you from the euphoria that will ensue. Cherish this once-in-a-lifetime event or you may regret it in the years to come.

I strongly agree with this.
Looking forward to everything at this point to be honest.

@Carlo_Mano said:
But how do you make sure it is applied? If only 1% of the players don't give a dam about NDA, it still makes 300 people who can post videos and screenshots. And if they are smart enough to not link their steam account to their youtube account, what do you do?

A lot of games (Quake Champions as an example) have this watermark player ID thing on the screen throughout the NDA period, if you get caught sharing shit they just copy your player ID and you get banned.

What if the player use a third-party tool to take screenshots, or even taking photos?

This. You could use some pretty cheap or free software pretty easily to remove the ID watermarks from the video.

You'd have to be a pretty big dick to go through the effort, but people never cease to amaze me

You better get a real, experienced community manager because you devs seem to have no clue how to communicate during this release process, torn banana would be proud of this move. I'm not saying that giving access to some folks for testing purpose is a bad idea, it is legit, but this is how it looks like actually : "hey guys, we know you cannot wait anymore for the game, so what we did is give access to the last persons alive on the ruins of cancerous chiv community, they can play now and you can't, wait one more week, they are currently testing it, kys" what the hell are you thinking seriously. Stop transferring the idea of a priviledged, elitist class from chivalry to mordhau, this is exactly what you don't want for your game, and stop giving privileges to your old chiv friends, you have a fresh community to take care of and this was the worst possible move you could do these days in terms of communication. Instead of cutting all ties with chivalry and its community, you're importing it to mordhau and basically declare they are your friends, with a big fuck you you won't get any info to all others, that's a stupid move.

You guys want transparency, so here it is:

This is what we've been doing. Testing different server providers, testing different tickrates. Testing how the servers behave with 16 real players and how they behave with 64 bots. We also found a major bug which is now fixed. Should this have been done long ago? Sure, but it's not that easy. It takes a good amount of work to make a new server build for the first time since Engine updates and such, and we have been working hard on fixing things. The plan was to fix the major problems, then test it on a server. It took a little longer than expected and here we are.

Keep in mind that smooth online play on dedicated servers was a major worry for some of us for a long time, because the netcode is very complex and there are not many examples out there with similar stuff. Now you might say that this is what the alpha testers are supposed to test. You are correct, and you will be testing it on a much bigger scale. However, we first had to ensure it was atleast playable. We know you guys want a proper alpha, and you will get it, there will be plenty of bugs and issues to find and not everything will be polished - but the alpha not being playable would make a very bad impression, hence the early private testing.

Regarding the test itself, lets just say it went smooth and its looking very promising. Much better than some of us expected, so we're excited to finally give it into your hands.

As for the testers, we needed trustworthy testers quickly, so old friends (some even pre-slasher days) came to mind first. We know some of you guys might not like this, but anything else would have taken too long at this point. As for your problems with GIRU, thats between you and him, not us. I would be surprised if you could name me one competitive minded player that didn't get toxic/whiny about another player at some point. Regarding the competitive community, I'm not sure what you are expecting. It is a competitive melee slasher, a lot of the old competitive Chivalry players will come back, it's just how it is. It is a fresh start however, and will hopefully work out better this time.

I don't think you guys would really want a community manager. It would mostly be a buffer. We guys like talking to you directly. You guys want more transparency, we will acknowledge your complaints and try to improve in the future.

And yes, that is a painted sallet in the background of the screenshot.

Very mature , respectful , and informative response. Thank you and thanks for all of your guys' hard work.

"I take SHITS that are better swordsmen than you!"

@marox said:
Attacks by the player are compensated differently to attacks by other players. In case of the player, we slow down attacks so that they are in the past, and use lag induction during attacks to introduce a simulated smooth delay to movement and mouse movement and sync the server and client better. But too much of this makes the input feel sticky/sluggish, so it's used very sparingly. The alternate solution used in conjunction is to simulate ahead of server, but this introduces the delayed response as mentioned above, although we're not doing this right now but will be evaluating it during alpha most likely.

You guys all have some very good points on the matter. You're right that a system like chivalry's would work better to stop inappropriate emblems. Even though it could be moderated that's more work on their end.

I just hope there's going to be a ton of variation.

I didn't get into for honor much. But I did really appreciate the emblem/coat of arms builder on there.

I'm wondering if emblems will just be a texture you slap on like chivalry, or if it'll have more customization or layering options. I suggest that. It really open up more creativity and customization potential.

@Sammy said:
Who the fuck actually cares about fucking Smurfs?

Smurfs can be a big problem for a game. Most new players on chivalry quit or give up because they can't learn the game
when they're being constantly destroyed by everyone on low and high rank servers

@Punzybobo said:
I think the issue is replacing it with something that looks like you scored a hit also has to look good and feel satisfying, you know.

This may be over the top / too ambitious for the developers,
but how feasible would it be to apply deformation to the armor piece hit?
i.e deforming/fragmenting the mesh where it was hit depending on the angle and other factors.
Dents, chunks split off the shoulder piece, etc.

One strange immersion breaker I've noticed is spoken of here. I couldn't really say it any better myself, but it's something I again have some slight issues with.

I'm not going to complain about it but I was wondering if anything in this area is subject to change?
I believe blood should only splatter if you pierce chainmail or hit flesh rather than plate.

I realized it was because I tried joining/clicked on the link on my web browser rather than copying it into the discord app.

Can I get an invite link to the discord server?
The link provided in the announcements has expired

I am wanting to buy a key for $120. If anyone's interested please let me know. It's really all I can afford at this moment in my life right now, but I am dying to play this game and missed the rewards period due to work. D:

Hello. I saw the announcement thread about you no longer selling keys.

However I was curious if I'd be able to spend $60-$100 for the alpha access to mordhau. I've followed your project for a very long time and I am a veteran of chivalry(about 2,000 hours overall).

I've been dying to play this game and due to being away for work the last several months, missed the reward period on the backing.
I don't want to annoy anyone by asking for an exception, but I truly have been obsessively following this game since "slasher" and before then, and would've backed it months ago had I the ability to.

I appreciate any response, thank you :)