@Humble Staff said:
Interesting, how is this helmet variation called?

They are great bascinets, or grand bascinets. 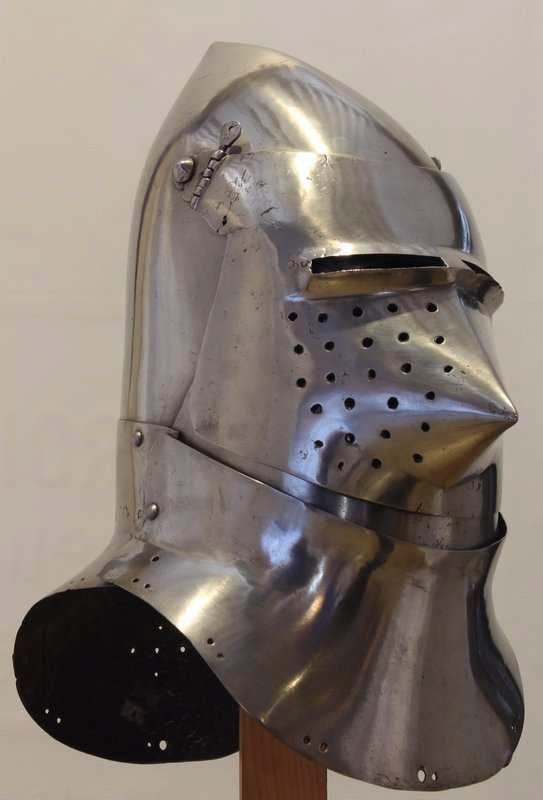 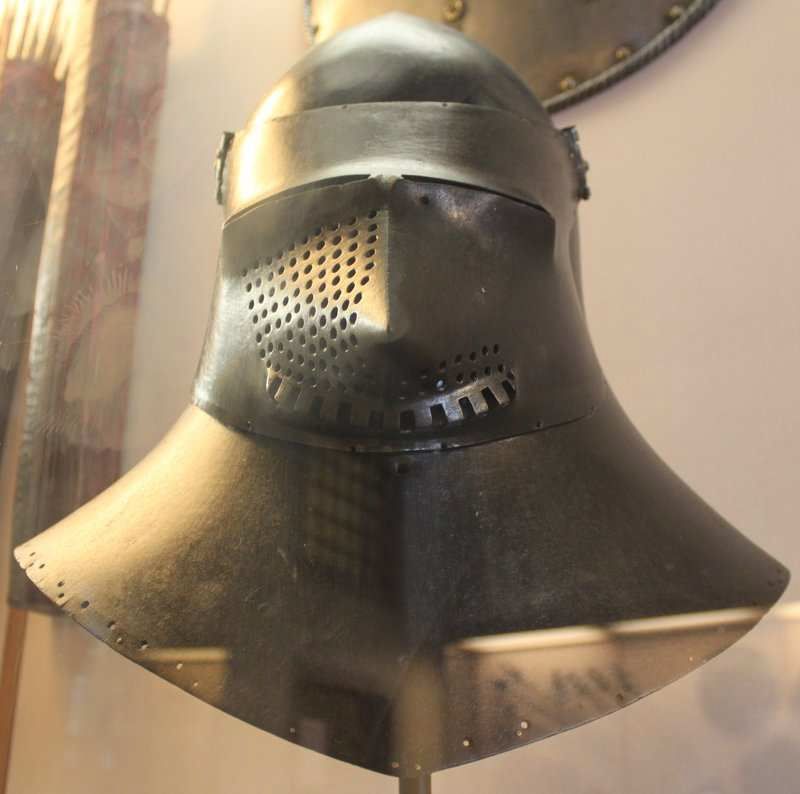 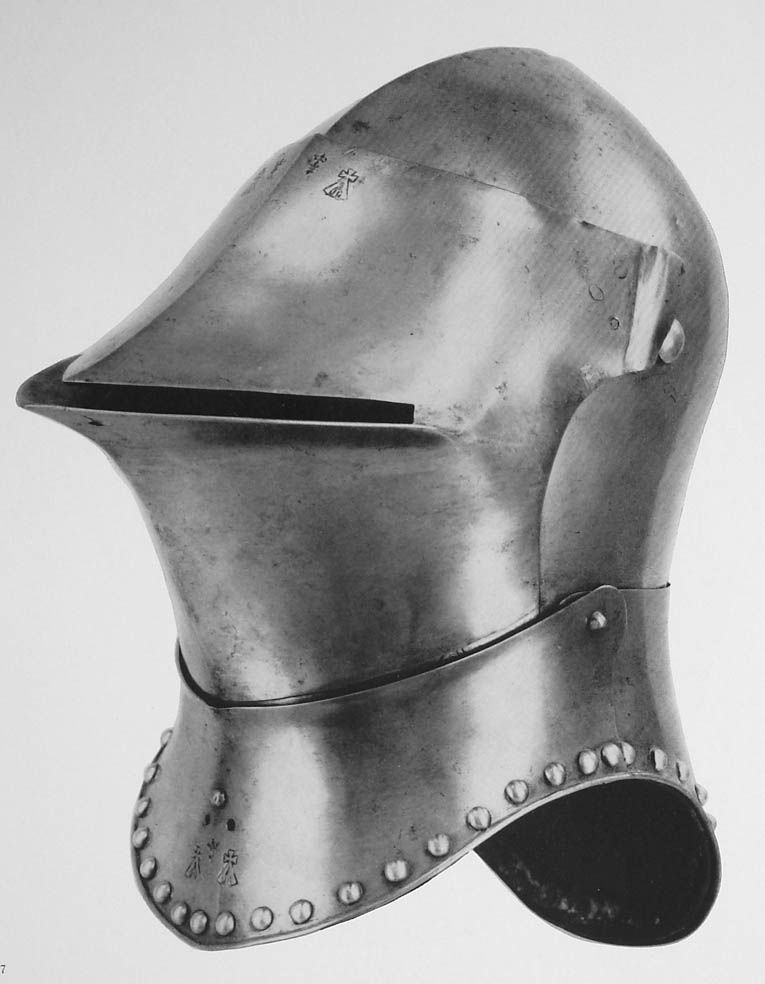 The Bird wants all of them.

@Humble Staff said:
Interesting, how is this helmet variation called?

In KC:D it is referred to as a "grand bascinet," but it could just be called Gothic Bascinet or something. The Bird must have this. 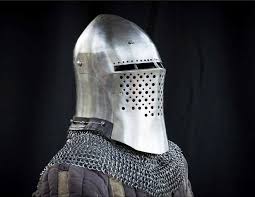 Here's an example from KCD 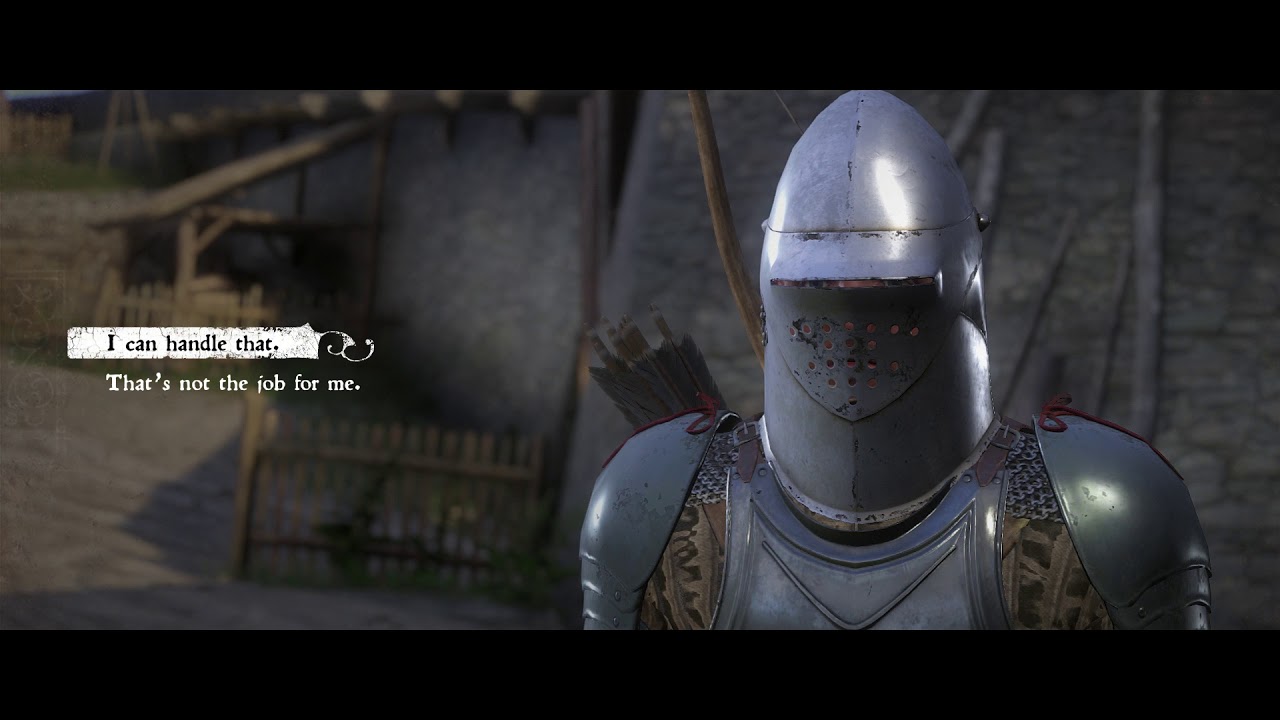 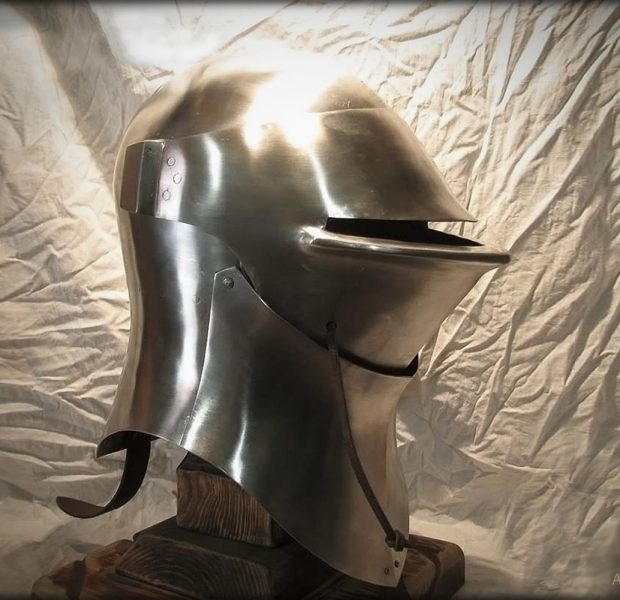 Note that this is not a frogmouth. The Bird disapproves of those. 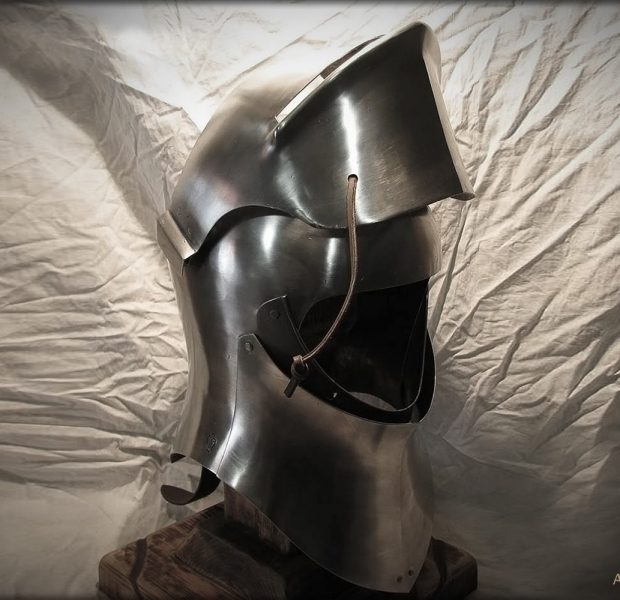 @The Bird said:
The Bird approves. Be kind to birds. 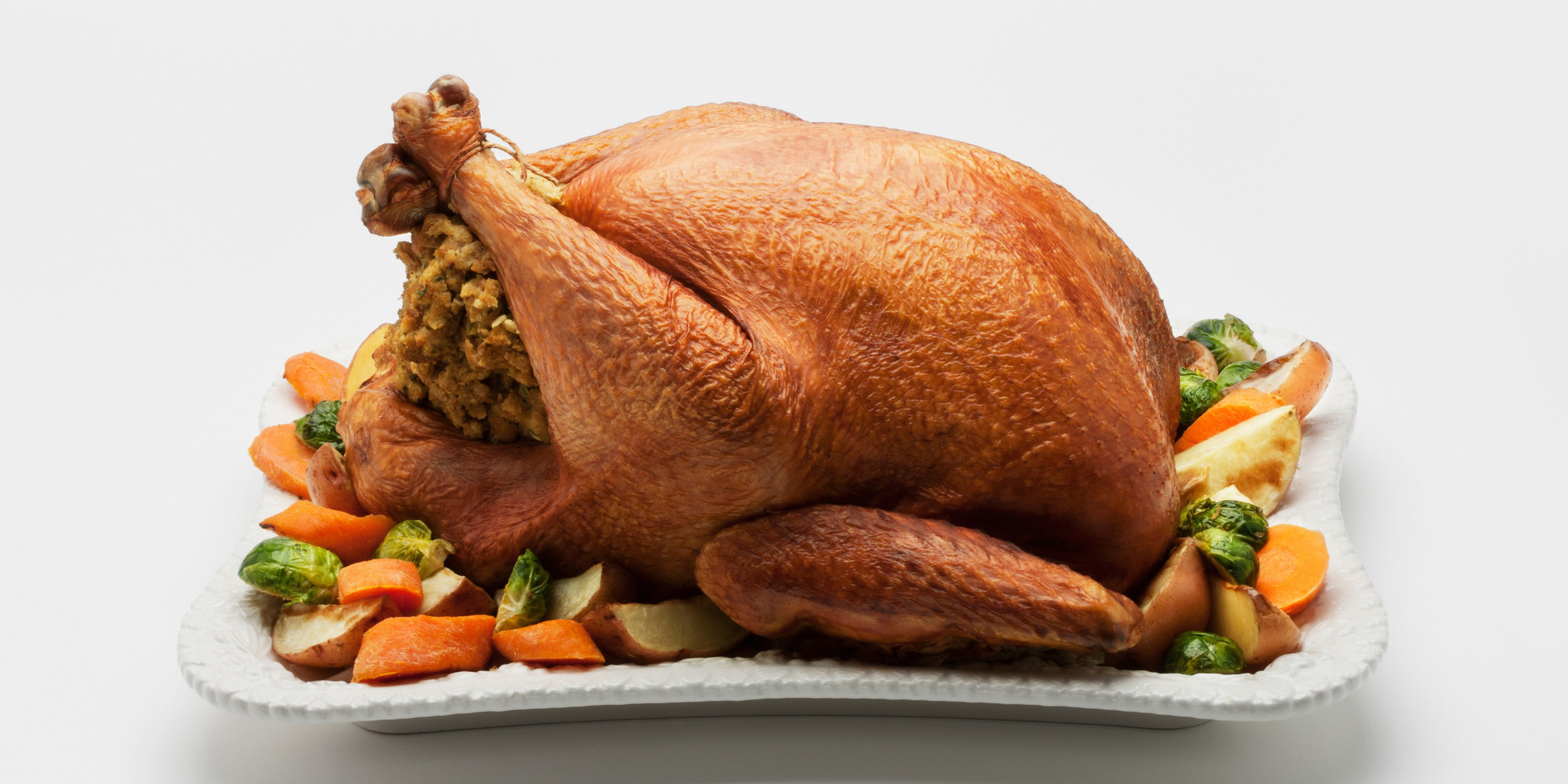 This cruel and inhumane treatment should not be tolerated. The Bird shall mourn the loss of this fellow bird.

The Bird approves. Be kind to birds.

@SWSeriousMike said:
Since when are you an owl?

The Bird is all birds in one. The Bird is the ultimate expression of Birdism in the world.
In this particular scenario, however, The Bird's expression has not been specified as an owl.

@EatAtRedLobster said:
Why do you care Bird? As soon as the sun goes down you tuck your head under your wing and sleep while standing.

The Bird cares, for he can pose in this manner, luring unsuspecting prey into approaching. This benefits The Bird.

The Bird approves of this idea.

@PC_Principal said:
I think if there should be any changes to the handaxe, they should rather adjust some of the damage numbers or windup / release speed and miss penalty, rather than loadout cost. Keep in mind Toolbox costs 8, Handaxe 3. Not many points for armor + perks left if you make it cost 1 more. Could reduce Toolbox cost alongside it to make up for it.

Engineers have alot of power in how a match goes.

The Bird agrees with this statement.

The Bird begins fights with 2h messer, then switches once they are flustered, and pecks them with 1h.
However, The Bird generally doesn't use the messer, preferring to instead wield a more suitable weapon, such as the LS, or best yet, Beak, the Legendary Greatsword.

@EatAtRedLobster said:
I like the suggestions to add a sabre, and feel it would fit nicely into the game, which is why I included it. I see potential in it.

For instance some ideas could be:

4pts and slightly longer than rapier or bastard sword (making it the longest 1 hander) but slightly slower than either.

Give it very good strike damage but low stab damage. Very strong against T1 and T2 (50+ damage against torso) but weak against T3 (4 HTK.)

Give it slightly higher stam drain but high miss cost, along with good wood damage values.

Give it the highest damage multiplier on horseback and against horses making it useful as an anti-cavalry 1 hander.

Hell you could even make the thing non-combo like the Executioners Sword and give it higher leg/head damage than other 1 handers.

But if I had to choose between adding a Sabre or Heavy Quarterstaff (or even a Quarterstock™) to the game then the Bik-Stik wins.

The Bird approves of this reasoning.

@The Bird said:
The Bird disregards your opinion and spits in your face with contempt for your unintelligent, foolish rambling.

I know your feathers got ruffled but I think you can make your point without coming down on him like a hawk. Strutting around like a peacock and crowing angrily every time some turkey disagrees with you is very likely to leave you with egg on your face.

You might try making it a cardinal rule to duck out of contentious arguments. Instead be as peaceful as a dove and let your more agreeable nature take flight.

The Bird is displeased with thine accusations of feather rufflage. However, this crude wording has been forgiven, for your bird puns are excellent, and are pleasing to The Bird.
Unfortunately, The Bird is unable to promise and such peaceable behavior in the future, as it is his duty to assert dominance and bring forth stability in this chaotic forum.

@xXLuxXx said:
Because weapons are primarily balanced in 1v1 situations. The maul isn't anywhere near the top in power for 1v1's, but its busted in team modes. It should cost as much as a zwei because thats pretty much its power equivalent for score whoring.

But how would that fix ANYTHING?
You already have people running around naked wielding that thing?

You are suggesting to make the car more expensive because it drives so fast and thus causes so many accidents.
Stupid example, but... yeah.

The Bird dubs this the worst analogy one could have used.
That said, The Bird would suggest reducing the damage that this vulgar weapon deals. The man is correct. One cannot 1v1 someone from behind. The maul isn't used for fighting in FL, it is used almost exclusively for hitting people in the back. It rewards bad gameplay and caters primarily to naked trolls. The Bird does not approve.
Perhaps reduce damage output slightly, or make its windup longer..The Bird does not know, but The Bird is not the one who initiated this suggestion to begin with.

@The Bird said:
The greatsword is one of the most well-balanced weapons in the game. The only weapons that are currently in terrible balancing are the cleaver, maul, and possibly the war axe. The Bird bids thee be less salty.

Also, the legendary weapon, Beak, is a greatsword.

Maul is overpowered or underpowered?

Lmao are you high its terrible in 1v1

The Bird disregards your opinion and spits in your face with contempt for your unintelligent, foolish rambling.

@The Bird said:
The greatsword is one of the most well-balanced weapons in the game. The only weapons that are currently in terrible balancing are the cleaver, maul, and possibly the war axe. The Bird bids thee be less salty.

Also, the legendary weapon, Beak, is a greatsword.

Maul is overpowered or underpowered?

@EatAtRedLobster said:
So you weren't an exceptional retard... But a conventional retard?

W- When's that lock coming moderator? I'm running out of material here... I guess I have to steal some...

The hashtag "GETPEKT" is allowed under certain circumstances, so long as they fall under the "proper use" clause of Bird Law Article 217 "Concerning Hashtags and Bird Materials."
The Bird approves of this usage, but suggests that further use be kept to a minimum.
The Bird thanks you for your understanding and compliance with Bird Law.

The Bird prefers battlefields where females are not present. Females should be seated atop their nests, not peking enemies in battle. The Bird has declared it so.

@Sir Boring said:
Mordhau devs be like
"Remember when we would get vanguard charged by 3 people at once in Chiv and see them kill all their teammates?"
"Yeah or when they would vanguard charge through 2 teammates just to kill me?"
"Yeah let's add that"

Your sarcasm is of low quality and should be done away with immediately. This is a learned talent which you have not yet acquired. The Bird bids you work at this.

You are without a doubt my most favorite person on the Forum.

I worship The Bird!

The Bird bids thee pay homage to him, that you may be welcomed with open wings into The Nest.