Such a great product came of this endeavor so thank YOU for taking the risks necessary to develop this game while putting other career moves on hold.

LOL @ DrEpoch getting roasted in this thread.

PS: Epoch, if you think this is rock paper scissors, duel gauntlet and get 10 wins and 10 losses. That should be how it plays out, right?

I get this when using Nvidia GeForce experience sometimes. Particularly when hitting the record button for shadowplay.

When equipped with just a shield and no weapon, kicking is impossible as is punching

@marox said:
Thanks for the video, I have an idea what's wrong, has to do with the ping compensation that needs some rewriting because it's a bit too aggressive right now.

Good to know! I'm usually recording when I play so if there are other elusive bugs i will try to upload them 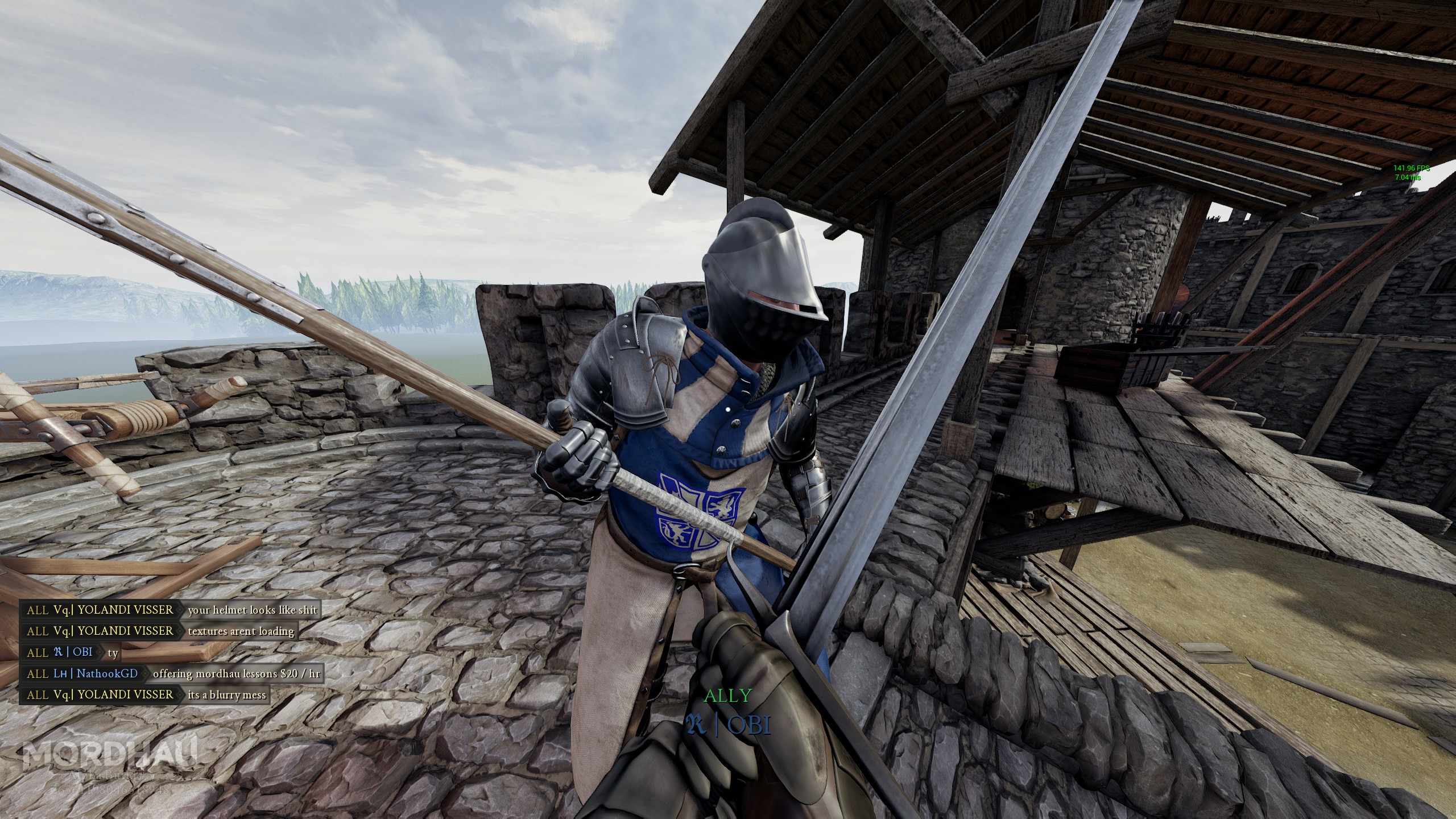 Aiming at weapon tip is NOT the way to do it. You have to aim somewhere between the weapon tip and the direction that your opponent is in. Something like right in the middle.

Uppercuts require an exaggerated lookdown parry that isn't really required for other swings. They're fucked up

Yeah this is what I figured without the evidence to back it up. Something that long needs a pretty long swing to get moving and spinning would be a good way to do this.

Is it that outrageous to imagine someone spinning into an enormous sword swing? There are lots of kicks in real life that involve spinning the entire body to generate force.

@YOLANDIVISSER said:
Non issue tbh. UE4 games are gonna take a while to boot up on your shitty 7200rpm HDD and you're complaining about 30 seconds once per day because you can't free up 6gb in your SSD.

Non issue tbh. UE4 games are gonna take a while to boot up on your shitty 7200rpm HDD and you're complaining about 30 seconds once per day because you can't free up 6gb in your SSD.

It's fine to assume only hyuuge women would be engaging against men in combat.

@greyfox said:
I think it's a really good decision to punish a jumping style. Jumping around like crazy just doesn't fit in the game.

It's already punished
Tim and I were alone in a tdm server yesterday and he was fucking around spamming jump for shits and giggles- his stamina got drained so hard that he was disarmed with every parry.

Tim frag is a silly frog

@Alphonse said:
NEVER-FUCKING-MIND. The culprit was the Flip X-Axis option in Controls. It seems like I can flick just fine in this build, but only with that option disabled (maybe a tad of spaghetti code caused it and I had tried it with ON/OFF before build #4).

Edit; Just wanted to confirm the game plays completely different when you can stop fearing the wrong attack will come (I used to focus more on my weapon than on my opponent's and I wasted a bunch of stamina from having to cftp the wrong almost every time I LMB'd)

My problem with LMBing and hoping the attack would come out at eye level is still pretty bad (because Imo it should work as a predefined attack since there's no lateral or vertical input when the button ON-BUTTON PRESS or ON-RELEASE, or at least that's what I'd expect. Maybe it's just that I didn't understand it?

I will not attack for a full minute while moving around them map and the first LMB I'll send will be something I don't even remember. It saves my previous direction or it changes just for moving the cursor only slightly to the left or to the right prior to clicking it.

I can chamber stabs much better because well, they're stabs. Side chambers are also kind of easier from what I've seen from players, but I will not even consider them from being too afraid my direction will be flipped or I'll throw an upper strike, even though I held my mouse as still as a statue when I clicked.

As a result, my most effective attacks in combat are the ones I had in Chivalry.

I literally feel like every strike chamber I do manage to pull is a gamble or pure luck. It takes so much brain power that morphing these side chambers is literally light years far from me.

That's why you get really high and join a duel server for a couple hours ONLY focusing on chambering. Then sleep.

Most improvement I've had in a night

THANK GOD FOR BEING ABLE TO KICK SHIELDS! This has saved me so much misery.

How many hours have you played?

I'm not saying this in a "cocky" way, but really.

I get a feeling that many people in the alpha were really good in chivalry and expected to be just as good here.

But this is a different game, I have now 36 hours recorded on steam, if you take away the hours when I'm AFK or in the menus, I think solid 25 hours of gameplay could be the correct measure and I allready could see huge improvement with all kinds of stuff.

Don't get me wrong, when I first started the game, It felt weird to me as well - but with every hour it gets better, as do I.

Yeah I agree. I couldn't see or figure out what was happening at first in this game. You develop an eye for it.

HUGE TIP: Turn your sensitivity down from chiv. You need it lower so you can use the 240 system without letting your opponent leave your view. I was fucking up majorly with seeing what my opponent was doing and this helped a lot.

@marox said:
Please give more details, no need to pull any punches.

Don't worry marox, Havoc has the most consistently bad opinions of anyone I've seen on these forums.