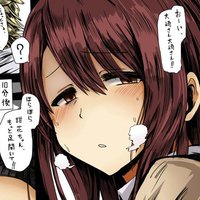 i still fail to see why fov cannot be freely adjusted, it limits competitive players which is a no no zone

morphs and feints are bad, end of story

pretty obvious since if you compare chivalry and mordhau, drags were more consistent to block (even accels) because everything was slower, while mordhau has faster movement. also bring back stab drags since i see no reason to drag with a stab when they are all the same

mordhau has no swing manipulation, its all feints/morphs like dark souls

preventing emergent attacks makes the game however linear, everyone would/ would be able to do the same attack. Either your promoting a "who has a better combos of feints/morphs" game or one where you can kill an opponent by your decision that you think is more efficient/cool

the thing that makes no sense is to know what truly looks good, this is all subjective/abstract. drags, feints, and morphs are all brain dead mechanics but the level of freedom to it makes it complex/professionally useful.

the only bad thing about chivalry was the feints. nothing to counter it. dont see the reason why they focused on feints,etc to make the game better.

i mentioned this like a year ago, the thing that i liked about slasher and chivalry was the drags, footwork, and small hitbox/parry.

Seems like something Sammy would do, but still, fuck you

@ohshitsorry said:
The only issue with fist combat is lack of double ko.

This man looks deep beneath the skin

it adds a layer of realism, isnt that what everyone wants

@Seseau said:
The notion that to win you should need to make your attack as unreadable as possible baffles me. That seems like such a wrong approach. You should be able to win because you have superior mechanics or because you're better at the mindgames. It should be about pushing your opponent to make a mistake, not have them stare blankly at you and get hit and go "wha?".

By that logic we should take the greatsword as a model for every weapon. Nobody would like it, but at least you could perform truly unreadable attacks then. See what it's like.

dragging is the only way.

@rob_owner said:
Its probably easier for you to hit around a random joe's parry in chiv because it was so easy to parry. Effort was low, confidence high.

recognizing the strange flash of recovery animation that would play randomly when you parry someone, where if someone parries during it, attacks go through the parry. No clue how many people noticed that besides me.

This was the weirdest thing. I basically knew I would hit the person for free. Of the many times I've seen this glitch, I've only had the other guy parry it ONCE.

I definitely noticed it, it's cause Chiv had client side hit detection, and since you literally don't see their parry/the server doesn't inform you a parry exists, your client tells the server you hit them despite whatever they see on their side. Chiv had the worst netcode, nothing but desyncs everywhere. No clue how this was never fixed besides incompetence on TBS's part.

Semi-related, I remember CS:GO used to have a weird bug in 2012-2013 or so where sometimes, you'd see a guy flicker at a spot, signalling that he was there behind a wall. 99% of the time, that person would actually walk into your screen for real. It was an insanely weird bug that let you pull off some wallhack-esque kills. Only once or twice did that guy not actually end up walking into my crosshair, I think it must've been the guy was shift-walking and the game makes a mistake of sending the direction he's going to too far or something. They fixed it eventually because I haven't had that bug in years.

@s522662 said:
if every attack is replicatable, then how can a pro player stand out? each person has their own way of approach but if you remove that ability by making everyone equal, then whats the point? im not even sure why people are struggling with waterfalls when it doesnt look as bad as chivalry, which i could block consistently.

You'd understand why people struggle against waterfalls in Mordhau if you had the alpha and played against good people. Chivalry's parrybox was ginormous so almost all the fancy drags weren't all that useful against comp players. In Mordhau, however, the drags are much more subtle (thus the unintuitive for the defender part) and the parry box is smaller (still much more lenient compared to chambering).

Every attack in a fighting game is replicable and often even noted out in the manual or training section. How do good players stand out there? They win the neutral game, they have impeccable spacing, they know how to keep vortexes and wakeup pressure going, they know how to continually pressure defending enemies, they know how to bait people. Note that I don't mention fighting game combos, because that concept doesn't apply to Mordhau, but every other concept I just outlined does. Hell, we can even take this back to Chivalry. The best players there weren't defined by how retarded their drags looked, instead it came down to their defense against instas + drags + feint mixups, awareness (for teamplay or 1vX), and positioning. In fact, it was often the case that the duelyard pubstars who only focused on doing the weirdest Halberd drags were dogshit useless and just terrible in scrims, taking on the stupidest engagements headfirst.

even still, blocking an attack thats predictable to parry just doesnt make it skilled in a sense.

but its pretty similar to the combo animation thing discussion

just limit this to certain weapons to make some of them unique, without having conflicts

the zweihander is a very cute size

if they upgrade the servers, then yeah