Maxing your FOV in Mordhau results in a fisheye effect that distorts the edges of your screen. This can be removed using Panini Projection. 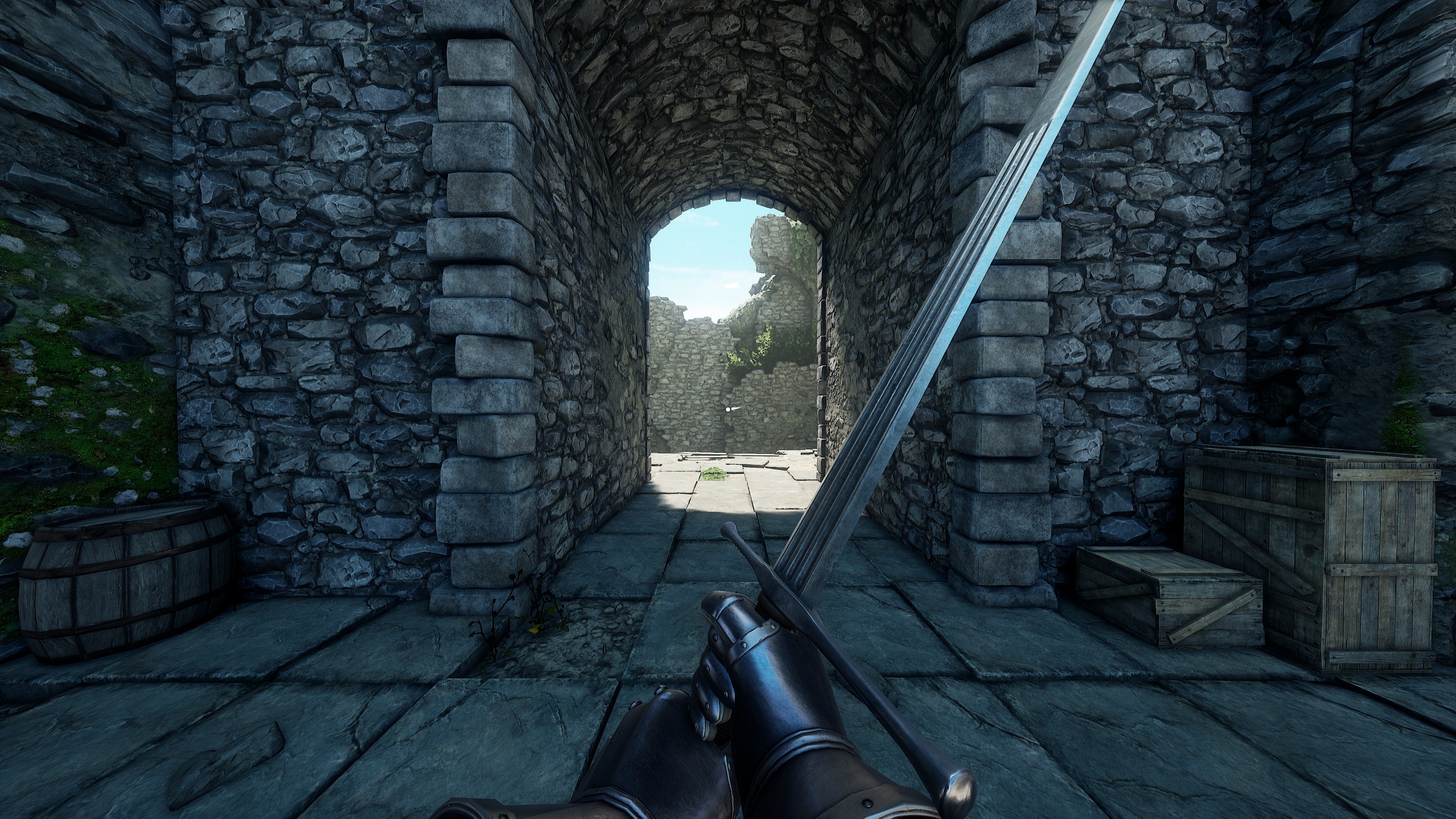 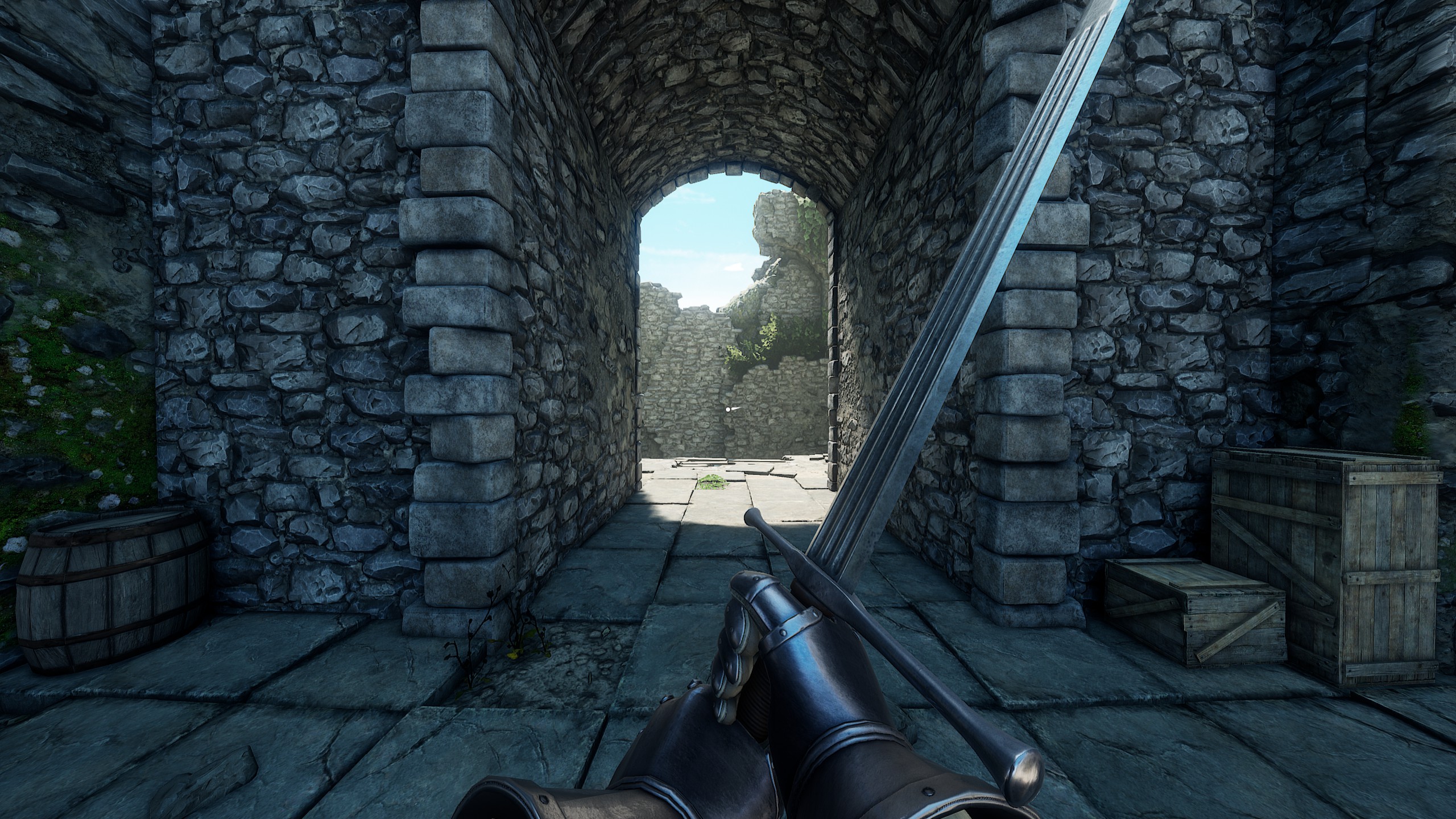 As you can see, Panini Projection greatly removes the fisheye effect without sacrificing horizontal FOV.

To enable this you'll need to enter two in-game console commands. These are r.upscale.panini.d and r.upscale.panini.s and I encourage you to experiment with different values. The two values below are the best I've found so far.

Unfortunately, Mordhau reverts these changes each time you launch your game. Luckily your recent console commands are saved so you can open the console and use your arrow keys to quickly reenter them when needed. There may be an .ini file that we can modify to get these changes to stick but I haven't found it so far.

Let me know if you find better values!

I just had a pretty silly experience that I wanted to share with everyone.

I was playing in the VQ Duels server when I killed an admin that didn't like the way I fought. After beating him, he proceeded to rage in chat, interrupt my next 2 duels by killing me, called me a scumbag, and then kicked me from the server. It sucks because I usually record while I play but I only had 10~ minutes to get a quick session in so I didn't bother turning anything on. This whole thing would have made for a pretty funny video. The only thing I have related to the event is a screenshot from Discord immediately after I was kicked. 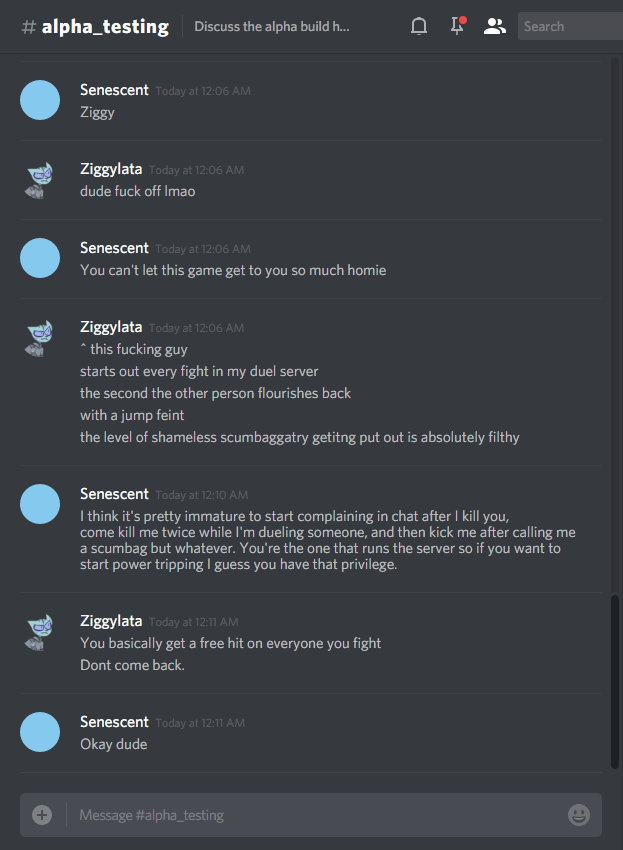 I jump feint a lot, that's true. However, I believe he's greatly exaggerating how quickly I initiate each duel. Even if what Ziggy said is completely true, he handles himself in an incredibly childish way.

I've really enjoyed the tiny alpha community so far and I think it's unfortunate that one of the most popular servers is ran by a toxic man child. I'm sure once the game is open to more people and we have more populated servers it won't be a big deal. For now, I'll just hope everyone eventually migrates elsewhere.

To anyone that I've fought that's not Ziggy; I repent for my feinting sins, amen. 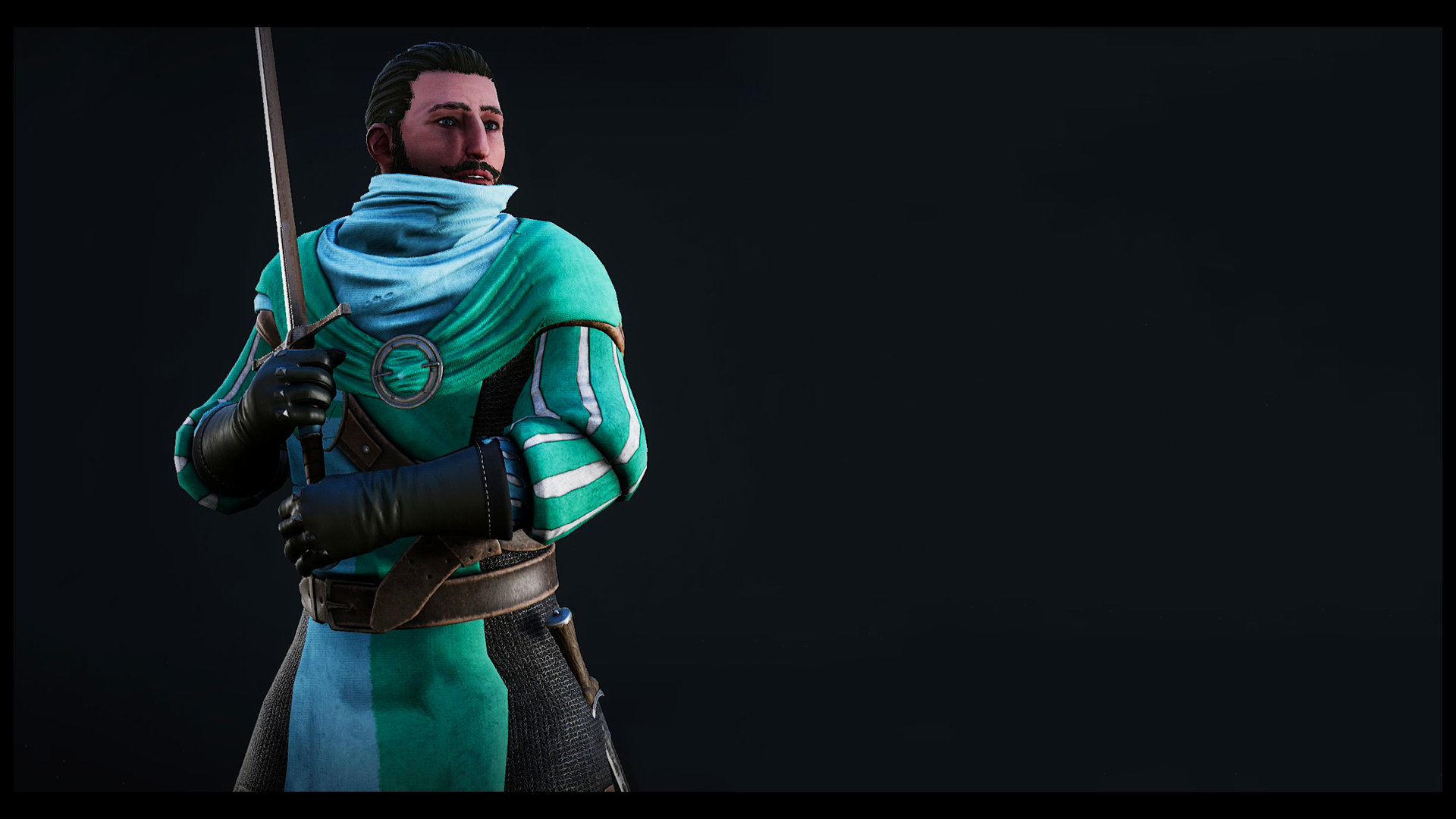