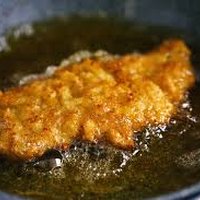 @邪悪な領主 said:
Can you guys please make an update that has Asian weapons or armor. For example katanas, naginata, and shurikens. PLEASE MAKE AN UPDATE AND ADD THESE THINGS !!!!!

Yay, agree with this!

i guess that's the least important currently. first of all they should finally fix the animations in this game.

You guys still talk about women or not? I mean let's talk about sth far more interesting:

How cool would it be to ride on a freakin bear instead of a lame horse? Let's add bears and remove horses.

Close duel. was exciting to watch

"Fixed bots being afraid of heights"

probably the most important fix in Mordhau history

@ANALGRINDER said:
I payed for this game and i have still no double KO enabled... ffs!
^

Always thought about the lvl 1 dudes in chiv, blocking the spawn exit while looking up...guess they were already recording the slow moving clouds. This is a big issue in medieval slasher games i guess.

Lol take a hammer, stay with ur back close to a wall and try an overhead..i mean in RL. Could be difficult. All the other points are understandable. I played mordhau for 40h and stopped playing it. I can't see any reward in getting used to animations and mechanics which will probably get changed in Beta or release. Also it was just annoying to fight groundsniffers, "gamblers" and spam feinters. It was like "oh i got a rapier, fuck ur windup, fuck ur release, i can flinch u every time i want".

Tbh there're really not as much player as when the alpha released. True but a normal process i guess as a few guys wrote in this thread.
But we also need to see that a few ppl left, not because the game is too hard to play but because they were playing against a few thousand hours of chiv experience which is telling me that this game is very similar to chiv. Things like dragging, feints, morphs are quit hard to understand for newbies in this genre. So hopefully they'll add a matchmaking in Beta to refill the servers again cause actually we need to say that the alpha is going to be dead but not the game at all.

@BEACHES said:
You don't have to parry the backswing of any attacks like in Chiv, so if people do that shit just hit them.

Imo it's better to parry the reverse just to confuse your enemy^^ I mean it happend often to me as i tried to drag very slow that the enemy just blocked my windup and made a riposte. So to parry accidently reverses is the best way to punish spinners.

Yeah if you do that too then their back is turned to you and it's a free two hits.

Spinning is really shitty in this game and easily punishable.

That's the thing. As i said it happened often to me and this thread gave me the idea to punish spinning in that way ^^

@BEACHES said:
You don't have to parry the backswing of any attacks like in Chiv, so if people do that shit just hit them.

Imo it's better to parry the reverse just to confuse your enemy^^ I mean it happend often to me as i tried to drag very slow that the enemy just blocked my windup and made a riposte. So to parry accidently reverses is the best way to punish spinners.

Seems like a good update but it's still possible to Morph without any Stamina...

Well what do u guys expect? It's a game from melee comp players for melee comp players. I like the game but what I've learned in my little 30h is, that this game is not about realism. So drags will stay, feints will stay and spins too. The only thing they removed (what u can at least see) is reverse stuff. Ofc they changed more things and it's ofc not chiv but the old chiv tactics are still working. Spam-feints for the win for example. I hoped the focus will be less on feints but more on chambering. But the opposite is happening.
There will be no new comp scene. It'll stay the same like in chiv. And again we'll have a splitted community. The casuals and the comps. I hope u devs proof me that I'm wrong. Sure it's an alpha yet but these are some basicly things which wont get "fixed" I guess. You've done a great job @devs but this game will be nothing more than frustrating for newbies. Look a chiv, just. 1.3% of the players played at least 80h. I'm afraid the same will happen with mordhau. Well, that's just my opinion guys.

Reverse hits (someone hitting you while he's facing you backwards) aren't possible in Mordhau, unless there is a new bug we are not aware of in which case footage would be greatly appreciated. They do no damage and you can parry them. There was a bug which let you still do them in some cases which was fixed in Build 2.

I guess what you probably mean is the edge cases where people can still spin, do a full turnaround and hit with the end of the swing. They are not anywhere near as bad as actual reverse hits, but still bad, as they are annoying/unfun to fight against and look dumb. Currently thinking of a solution to get rid of them without destroying some other aspects of the game, but we will sort them out.

As for noobs, you have to keep in mind that this alpha is the worst possible entry point for them, as there is no matchmaking, and no rating system, no ingame tutorial and things are currently unbalanced/with some possible cheese existing. On top of this the vast majority of players ingame are melee veterans. Mordhau is most fun when played against equally skilled opponents, like any other skill based game that uses matchmaking.

As for feints, the game is definitely not balanced yet and in the future it will be a bit easier to defend against feints (currently thinking about possible backpedal changes and chambers being more consistent). As for feints being OP in lower skill levels, keep in mind the noob fights youre describing arent actual noob fights, in actual noob fights, there are no feints. And if there are, they are usually very badly executed.

What you are describing is someone figuring out how to do good feints against people who have no idea how to defend against them or even do them themselves. This is a common thing in skill based games, someone figures out a strategy which works against players of a certain skill level, and they use it to win games, climbing up the rating. But eventually they will hit a cap with this strategy where they are fighting people who can deal with it or do it themselves, where it balances out again.

Except that currently there is no "climbing up" and and its very rough, you have to fight the same people over and over and its an uphill battle right from the start, instead of a natural skill progression as it should be

Guess the current problem about feints isn't that they're existing. Well personally i don't like feints too even if i can read them sometimes. but that's not the point. The point is that feints just cost 10 stamina. That means ur opponent can feint u a couple of times and lands the first hit. after he just need to step back a bit to regen some stamina as it regens very fast. Guess the problem abour feints could be solved by punishing it with more stamina consumption. Feints would be less used but things like chambers and morphs or chambers to morph would be more used also by high skilled players. actually the issue is, that if u fight a heafy armored knight as an medium armored player u'll get feinted with the zwei and killed in 2 hits. OFC skilled players will deal with it...maybe...but just "good" players will have their problems. Just punish it with more stamina consumption and feints will be more seldom and better used like in combos for example. But now, they are meta and there's not really a focus on chambering on duel maps unfortunately. But well. As i said, it's just my opinion. And if it won't be changed i need to deal with it.

i just found out with a mate that morphing still works when u got no stamina even if it should cost stamina. If u want a proof i could record it but i got shitty internet and it'd take some time to upload it.
Guess this is sth which should be fixed very urgent.

@ANALGRINDER said:
Kick and cry is for kids, u play a pc game for fun... and please don't act like police posting screens with bullshit, first of all, the game have big problems in gameplay with weapon directional swings..., and that the everytime someone must have the last hit... 0 draw match chance between two players.

Guess @Havoc just did exactly what the devs want us to do when we're playing the Alpha. The earlier the devs get feedbacks, the earlier they can think about it and work on it so imo all the posts like "it's just one week out", "it's Alpha", "get good" is pretty useless. SURE it's an Alpha guys and exactly because of this Havoc tries to get some first impressions of other players and sums them up in one post. What's wrong with it?
To Havoc's post:
I don't agree with everything but the main problem for now i guess are the animations and i agree with that. For sure balancing is not what the devs put the focus on for now but giving them early impressions about the Zwei,eveningstar or the polehammer is usefull. Not usefull are comments like "git gut". That's just crap.