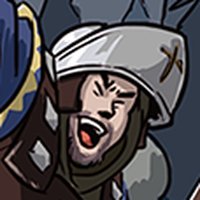 Got switched to R.

It's possible, my account has black armor but if I log onto a different account and play, I can use my loadouts with black armor (well, at least whatever pieces I have unlocked). As long as I don't swap the metal tint to anything else, the black tint remains. Third parties have confirmed that I have black armor as a sub-70.

It wouldn't work for me until I reset the game.

My friends and I went to a Los Angeles Gpower (err... is that what the server provider is called?) server a couple days ago that was unofficial.

Had the same problem as most Los Angeles officials.

My friend and myself who live in Norcal had no problem.

My friends who lived in Los Angeles had a consistent ping of 100.

It's been quite the half-decade.

I've been told that the challenge with insta turncap removal is making it look good animations-wise.

What if instead of outright instant-turncap removal, it just halves it during the time period where it would look too spazzy, and be 0turncap the instant it wouldn't look weird anymore, kind of a compromise.

And/or parrying after landing a successful parry/hit doesn't get normal parry turncap, so you can aim the hell out of that second parry (and it'd convert into revenge parry too). A no turncap parry.

Also, forgot that one of the biggest difficulties in 1vX is that, with non-hitstop weapons, your attacks cleave through and are still in active release after hitting someone.

How about this: pressing feint while in release AND after hitting someone stops your release. This prevents you from comboing (it will look like a hitstop weapon halting upon hit) and you'd have to wait until strike recovery timing to queue up your next attack. However, this also removes turncap, returning you to normal sensitivity so you can aim your parry.

This would also have the double bonus of being able to halt your giant Execzweihalb LMB if you want to hit one guy but stop it before it cleaves into your teammate as well.

1vX stuff, both planned and suggestions. I've lost track of which ones are planned, but I figure it's nice to discuss thoughts onboth anyways.

PiP, Chamber-FTP, parry-during-kick-clash-recovery, parry-after-hit (e.g. you LMB through enemy and parry incoming attack), and parry-after-flinched (you parry an attack shortly after getting flinched, carving knife and friendly fire do not apply) activates new status, currently named easy parry but I like the sound of "revenge parry", lolrevengemechanic.

I am in 100% agreement with the short spear change. 2/2 would be perfect but necessitate an increase in cost. If they ever add a parry-functioning buckler, I'd probably play this weapon a lot.

There have been boatloads of discussion around CFTP and some internal tests, I wouldn't expect this to change.

I've been able to gauge weapon ranges for quite a while, even when lunge was much greater. Now it's even easier than ever. This is one of those things where you just have to grind some time matrixing greedily and dying + remembering when you are too greedy. Eventually you remember and internalize the distances, just like a musician not looking down at the keyboard/fretboard. I've always disagreed with comments about it being inconsistent or too "impossible" to read.

Estoc is superior to LS in teamfights as aforementioned. One of the best stabs in the game and one of the fastest strikes among 2hers which gives it very good flinching ability. Also heavily rewards accuracy because stabs can 2shot plate and strike headshots on plate still do yellow damage.

I think they're buffing GS soon.

So chambers are to blame for bad 1vX

At any rate, my grievances are more map-specific than mode-specific now.

@Pred said:
Yeah, sorry but your main game mode at the moment is some fighting sprinkled on top of excessive walking, constant interruptions, getting shot and RNG deaths while the cata guy and the horse guy go for 40-5 each.

I'm hoping it's more the map's fault than the mode. Battlefield suffered the same pacing problems as an Agatha player. Now that FL is like a dynamic TO, I see potential in the mode for maps tjat get you in the action without tedious spawns.

Smoke bombs should be putting out fires, it's probably a problem with collision if it isn't.

Toolbox is certainly getting reworks in the future as mentioned by devs. How? I don't know. But they do want Engineer to be an actual important role in the same vein as Knight, Support, Archer, and Cavalry as opposed to just being cancermeme-gineer, and they've admitted that the Toolbox feels more like an afterthought at the moment while melee, archery, and horses are already much more fleshed out.

Let's see, we already have spikes, wall with archer hole, and ballista.

Weapon racks, mining, wood chopping, and blacksmithing is already coded in, so there's potential for more.

Same problem here, played a few games on my account in my brother's computer and then logged into his mostly untouched account with nothing unlocked. Had the exact same stuff unpurchasable.

I think AngelEyes actually alludes to what they had in mind back in the Slasher days (there used to be a cactus in the dusty map).

The player characters are always going to remain "generic" unless the devs start adding team-based restrictions (e.g. only one team can use the semi-Asian/Middle Eastern looking armor like the Mason Knight and Temujin MAA) which I doubt because it kinda goes against a big idea of theirs. However, the non-merc opposing faction's civilians, scouts, architecture, and siege weapons can be really different. Seeing notably different NPC sides and their neutral mercs alongside could probably help.

Horde has proven to me that Mordhau indeed has massive potential for PVE and even a PVE-only focused audience (which is actually sometimes quite serious in some games). In fact, I'm going to make a separate thread about it in Off-Topic with how inspired I am by it.

There's cheese available and I'm not 100% sure if the difficulty curve is granular and balanced enough among the waves for, say, a brand new group of 4-8 friends trying out Mordhau. But I think Taiga overall seems to be a pretty good "intro horde map".

copy pasting a discord post:
my computer's HDD or something has been really fucked for the last 2 years, which means i have to often boot my computer up 2-3 times before it works; PUBG is unplayable for me because none of the buildings and stuff are loaded by the time i drop, so i keep bouncing while everything looks like cardboard around me for literally 5 minutes. mordhau in general has that to a much smaller degree in the beginning (~10 seconds, and stutters for a minute), then everything eventually loads and i'm usually fine for the rest of the match, maybe a rare hiccup here and there. however, a joining player always causes a stutter, presumably due to loading in a new character. i've seen some people complain about stutters in BR, and i have the most stutters in BR, i'm presuming this is because my ill computer has to suddenly load in new models every time a chest is opened. just offering a possible explanation to others who might have cruddy computers - and i'm guessing the only alternative to this is even longer loading times to preload everything, as well as a dip in overall FPS.

Overwatch is similarly problematic in that, while I almost maintain a constant high FPS, the player models are STRAIGHT UP INVISIBLE, ranging anywhere from 30 seconds (before gates open if I join a new game) to an entire ~4+ minutes... I once told my team of my "condition", played a Soldier 76, and spammed wildly at air waiting to see numbers and hitmarkers to pop up... We won before the models and sounds loaded lol, it was just floating teammate names everywhere and maybe like 4 visible players.

CS:GO on the other hand has practically zero stuttering whatsoever. I believe Source preloads everything at once. However, if I've alt tabbed once, I noticed that my computer stutters everytime I go through like a new visleaf or whatever it was called, been a while since I used Hammer.

BR should be the premier gold farming method for those few who can keep winning #1-3, while Frontline and other gamemodes are a much more consistent stream of revenue imo.

The devs are aware of many of these points and suggestions, but I reiterate just for the sake of stoking imaginations: