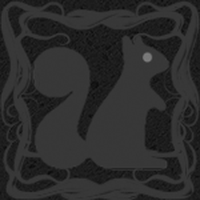 @AngelEyes said:
Horses are supposed to be OP and take no skill though.

Nobody is saying they shouldn't be powerful, but they should at least require a little brainpower to use.

@Snake Skin said:
No! You'll then get the problem of unkillable archers.

Your vision is blocked from spawn. The only enemies you can shoot are spawn-campers, which is actually a good thing.

The main issue with couched attacks is that they are an extremely easy to pull off 1HTK. It requires almost no skill to get kills with a couched weapon. Sometimes you're fighting someone else and by the time you notice the guy on horseback it's too late, and there's nothing you can do to stop it, like a heat-seeking missile.

@Snake Skin said:
No! You'll then get the problem of unkillable archers.

@Frise said:
I said this on Reddit like 2 years ago. Fuck you, those likes should be MINE.

We are taking affirmative action.

Well nothing is slower or more cumbersome than scrolling a mousewheel, except maybe 240, so I'd say even a shoddy full-binds set-up is superior to a partial-binds set-up. Mirroring axis with ALT or movement is also much more restrictive than just hitting a single button. Though it really comes down to what you can get used to, some people unironically use a foot-pedal, and some even input attack binds with a keyboard input instead of a mouse input.

I have that exact mouse (Naga Trinity), and I HIGHLY recommend it to anyone who wants to go full-binds. It's got a fairly normal mouse shape, which is the most important thing to look for in any mouse. You don't want some awkwardly-shaped uncomfortable "gamer mouse".

I use the 12-button "numpad" style personally, since the buttons are closer together for quicker inputting. Overheads on 6/9, Horizontals on 5/8, Underhands on 4/7; other six buttons left unbound or used for other stuff. It seems like it would be confusing or hard to use but truthfully it only took me one day to get used to it; it's very intuitive. It makes chambering incredibly easy, you really have no idea until you try full binds.

Before buying the Naga, I tried out the Logitech G600, which is another 12-button "numpad" style. It's a drastically cheaper alternative at only $30, but the mouse itself is much worse, and the buttons are far less comfortable. However despite how underwhelming the mouse was, having full binds felt so good that I didn't even mind I was using such a shitty mouse. That's really what sold me on the Naga, I basically just wanted a better version of the G600.

Addendum: about the "wheel" style for the Naga, since I think a lot of people would be curious to try it. It was also very easy to get used to, I tried it for about a week, I just left "3" unbound for the most part because I used LMB for stabs. However I found that having even a small distance between the buttons was slowing down my inputs too much compared to the "numpad" style. I don't think the wheel side-panel is unusable or bad, I just liked the numpad style more.

Another thing to consider is that the "wheel" is very unique to this mouse only, and probably won't exist on many mice in the future either. That means if the Naga stops being produced due to low popularity, and your mouse breaks, you might be fucked. The numpad design exists on a lot of mice currently and no doubt there will be more in the future, so it's a much safer bet. That's honestly a big worry for ANY specialty mouse: if you get too attached to one particular design, and it stops being produced, you'll be shit out of luck.

yeah, couched attacks are really bullshit and take almost no skill to perform. couching should primarily be a way to knock other riders off their mount. as for bear traps... I'll be honest I have no idea what you're talking about, I've probably died to throwing knives or door-kicks more times than I have to bear traps. I agree they are great for trolling but otherwise they are not particularly overpowered.

as you can see, no need for further discussion.

please close this thread and all other shield threads

also a non-shitty demo/replay system would be great too

Considering how easy it is to do, couching on horseback should at the very extreme only cause ragdoll with heavy damage (~90), and never 1-shot even naked. Unblockable, braindead attacks should not be so highly rewarded. The primary purpose of couching should be to knock other people off their horse.

On the otherhand... ride-by attacks (i.e. regular attack swings while the horse is moving quickly) should do massive damage. Something like a longsword drive-by attack should pretty much always 1-shot plate torso, because it's parryable and takes a lot of skill to pull off. Furthermore, it should probably disarm, ragdoll, and/or heavily drain stamina when parried, due to the force.

@Tim_Fragmagnet said:
that won't fix anything

Well it'll stop you from dying to Calvary / Traps the literal second you spawn, which is currently a huge problem.

@Christian2222: You have 10 seconds to prove you're not an analgrinder alt.

and don't you forget it, shieldie.

@Jax said:
one small thing that might help could be kickstun returning on shields

I can already tell you that this won't make shields more fun to use or deal with. It's gonna nerf shields into oblivion because they'll be so easy to counter, and/or force you to play a tedious kick-gamble mini-game when fighting shields -- neither of which are good.

the 2h club was a suggestion. and yeah nice post, I think it'd make a good addition to the game.

I meant it's already been fixed internally.

That's awesome news, any ETA on when the fix will be implemented?

Read his first reply but slowly.

Release is supposedly next month, and that will be the most important time for the progression system. While a 'marketplace' does sound interesting, it's probably out of the developers' scope for now.