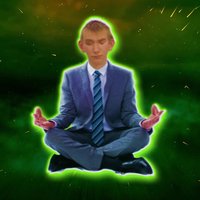 @Senturion, Duke of Ontheon said:
Update never, The Slasher alpha test will be released instead.

@SIEGE said:
WHISPER DIDN'T SHITPOST DUDE WTF IS GOING ON OMG ARE WE ALL GOING TO DIE WHATS GOING ON

'It' woke up a male this morning.

they can reach audience

I don't really like Gamestar because they are pretty much the German Kotaku, but they cover medieval stuff a lot which is nice.
They are #1 fanboys of Kingdom Come and the likes.

I feel kind of sorry for Lazy...
This was possibly the only place he could live out his political autism and speak his mind and it was taken from him.
He put so much time into his posts, all of it wasted. 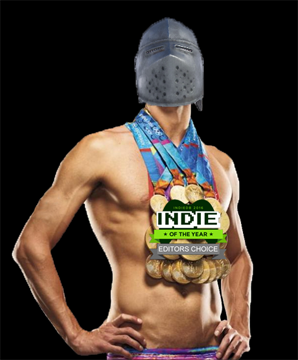 @Medieval said:
This game will rocks!! A lot of Customization options. I really appreciate customization. You are making an incredible work, keep going!!

I liked the Melee Combat post, the way it looks so realistic

Let me ask you something please, I know this post is about Customization and feedback, but I just want to say this, because this game is so cool and I wish I could contribute at least giving some ideas or feedback:

What about degradation on weapons and armors? You know some games have degradation on items like some Elder Scrolls for example, or even Dead island, on that game the weapons degrade and have a shelf life, the weapons changes they shape while they are being degraded.

For example Skyrim doesn't have degradation on the vanilla game, but have a lot of mods and one mod adds that feature, doesn't change the shape or texture of weapons and armors but degrade them, even gives a chance the weapons get broke, let me put a link of the mod: http://www.nexusmods.com/skyrim/mods/55677/? , maybe you could look at it and see about, as an idea

I know this I should post in on "Item Post" or something, but believe this game is the best Medieval game I have never seen, If you delete this because isnt according to the post, I will understand

I will keep following on the site about news!!

Thanks for are making this really cool game, keep going on

This is not an RPG, it's an competetive melee slasher.
You can't have "stat loss" in something like this. The damage you receive needs to be consistent. The whole game is based arround consistency.

Regarding model change, it would probably be way too much work for something this unimportant. You will be able to apply scratches and stuff to your armor in the customization proccess, but that's about it I think.

@snake said:
hey i'm making a map for you game i'm going to put a lot of work in making this map.. i'm pretty decent at making maps i'm using the unreal 4 engine map maker if you want me to make a team deathmatch map reply to this comment if you want me to work on a map it would mean a lot i'm a big fan of mordhau thank you

You might wanna wait until the game is actually out, so you have access to the assets and all that.

Kinda sad Joe killed himself one day before the devblog hit...

Kudos to whoever made the music!

No, Dank would be better, clearly.
Also, nice video!