If it's an inside hit you can run into them and it wont hit you...

Yo yo fellow memers, its ya boi skin pistol clag bullet. orright guys, we gotta prep yo asses by learning some defensive footwork. This is the backbone of your defense and 95% of the timing of which you parry attacks is dependent on your positioning to the opponents blade.

A common misconception is to backpedal from the player model instead of the actual weapon itself. Mordhau has realtime swing mechanics, meaning that there is a tracer that follows the path of the strike when someone attacks and if you happen to cross that path you can take damage. This path is independent of the playermodel so if you backpedal from the playermodel rather than the blade, in some cases you might find yourself not being able to read attacks consistently.

The logic behind backpedalling away from the blade rather than the playermodel is that the player isnt dealing damage, it's the weapon he is using so if you backpedal from the weapon, you are giving yourself the most amount of time to think about how you are going to counter that attack.

I see people complaining about broken unreadable feints or morphs too often and then when you actually analyze further, they are either backpedalling from the playermodel or completely ignoring that and running into the attack expecting to use offensive footwork where it should not be applied to read attacks which isn't humanly possible due to the human reaction time unless the opponent's feint or morph is micro. I'm not saying that animations are completely perfect and I am aware they are being worked on but in my experience 95% of the footage that I see of someone complaining about an unreadable animation is due to their lack of defensive footwork strategy.

This strategy makes reading feints and morphs incredibly easier and is used at a competitive level to create a consistent ability to read attacks properly and efficiently.

Mouse movement while on defense is almost as important as the way you backpedal for a consistent hard reading playstyle (desirable playstyle). You want to keep your mouse movements at a slow and smooth transitioning toward the tips of weapons when you are parrying and furthermore you want to make sure that you aren't flicking to incoming attacks due to the lack of focus in your eyes when you snap to a location on your screen. You are essentially resetting your reaction time by moving your mouse too fast and losing focus.

You want to make sure that by the time you are ready to parry an incoming attack you are already in the right position to just click rmb. It is the same concept in CS:GO called "crosshair placement" where you line your crosshair up to where you know they will be and just left click rather than flicking all the way up and risking a miss.

Notice how the animation is alot harder to read while running into the attack: https://www.youtube.com/watch?v=h3TnrCSwxtY

Running into attacks and falling for every feint: https://www.youtube.com/watch?v=UWMv-1_G3uM

TLDR: backpedal from their blade not their playermodel, transition smoothly on defense from animation to animation, preparing your parry in advance and never run into attacks unless the scenarios in the next explanation "offensive footwork" happen to occur.

Hello my fellow memers, it is I, skin pistol clag bullet once again coming at you live with a BRAND new food review about the offensive footwork burger box meal.

Offensive footwork can be used in a variety of ways and is much more abstract than defensive footwork described in (https://www.reddit.com/r/Mordhau/comments/aim1gs/defensive_footwork_and_mouse_movements_strategies/) . I would personally define offensive footwork as running into or redirecting attacks in order to dodge or chamber at a more consistent basis.

I stated in (https://www.reddit.com/r/Mordhau/comments/aim1gs/defensive_footwork_and_mouse_movements_strategies/) that you want to be on your backfoot almost all of the time while defending from incoming attacks but this is not always the case. Mind you, you should always start by backpedalling first during windup and switching to offensive footwork where applicable rather than flat out running into attacks.

You should be reading the attack while backpedalling properly as described in my last reddit post as a defualt move against any sort of incoming strike during it's windup phase unless a gamble on your part is necessary. I will go further into where gambles are necessary in a later post.

During this reading phase of backpedalling you can make a decision on whether or not it would be appropriate to run into the attack to dodge it or not depending on their positioning of their blade during late windup (This technique works best when the opponent is accelerating their attack).

Before explaining how to determine whether their positioning is appropriate for your offensive footwork I must first give a brief explanation on the different kinds of accelerations.

Neutral accelerations: Starting an attack in a neutral position looking toward your opponent until you hit late windup or release before accelerating(see example 1).

Setup accelerations: Telegraphing your attack at the start or during your windup to achieve the fastest practical accelerations possible(see example 2).

Insider accelerations: An insider acceleration is any attack that begins the start of their attack inside your parry box and can be a neutral, setup or fake. These are not possible to read without offensive footwork(see example 4, 5, 6, 7, 8, 9, 10, 11, 12).

I will explain the use of these 4 main viable styles of accelerating and dragging in a later post. Now that I have briefly gone over the context of the types of attacks in question I can now explain how these are relevant to your offensive footwork and how to identify each of them.

Most of your offensive footwork will be attempted on "insider accelerations" in which the opponent's margin for error is at the lowest. In example 4,5,6,7,8,9,10,11,12 you can see the different kinds of insider attacks, If you notice any of these you can run into them while keeping your head down to avoid their re alignment of aim in order to dodge them unless it is a fake one in which when you notice it you backpedal and defend as per usual. It is extremely important that you don't parry during these offensive movements because it will restrict your turncap on torso movement. The reason why this works is due to the opponent attempting to hit you at the first tick of his release meaning that you have the whole windup phase that doesn't deal damage that you can manouver through without taking damage. I am aware that insider accelerations are currently being worked upon but this doesn't make this explanation invalid due to "insiders" being a result of the freedom of swing manipulation.

This strategy of footwork also works with drags too, if you notice that they are mustering the fattest drag they can possibly summon from their deepest darkest soul by the start of release, you can run away from the path of the blade and look down and it will probably miss where backpedalling normally will not.

A good rule of thumb to identify insiders is that overheads will look vertical from your perspective and horizontal attacks will have the player looking at an extreme angle into their swing. Insider underhands are extremely uncommon and aren't worth worrying about.

Offensive mouse movement has no rules as long as you keep initiative, you can spaz out until you get dizzy while you have initiative but the point that you lose it is when you should be straightening up and going back to defensive movements. Mouse movement is key when you are dodging insiders to insure the most consistency. Make sure that your head is the least exposed and furthest point away from their blade's path. Not much else to talk about here except that you can often get less experienced players to panic parry or gamble just by spazzing out in their face.

How bout, maybe you don't have such bad stamina management?

The game has been abandoned

I would argue that kicks in their current state can be gambles if done incorrectly. They feel like a soft counter to facehug and a hard counter to predictability. It definitely needs work to make it more viable though, at the moment the risk is too great.

If I turn Music volume to 0 in settings I can still hear very faint drumming of the music in the main menu. 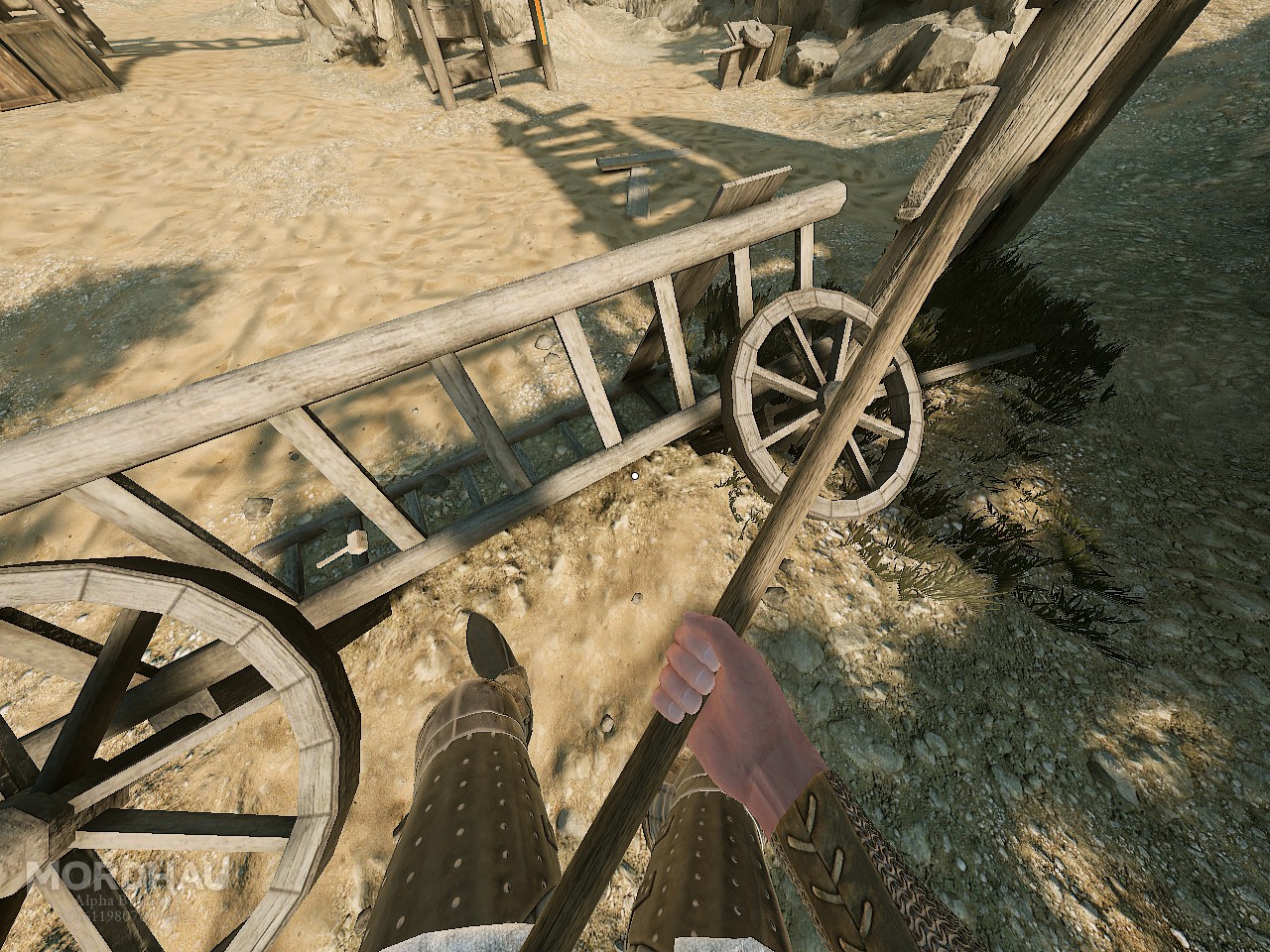 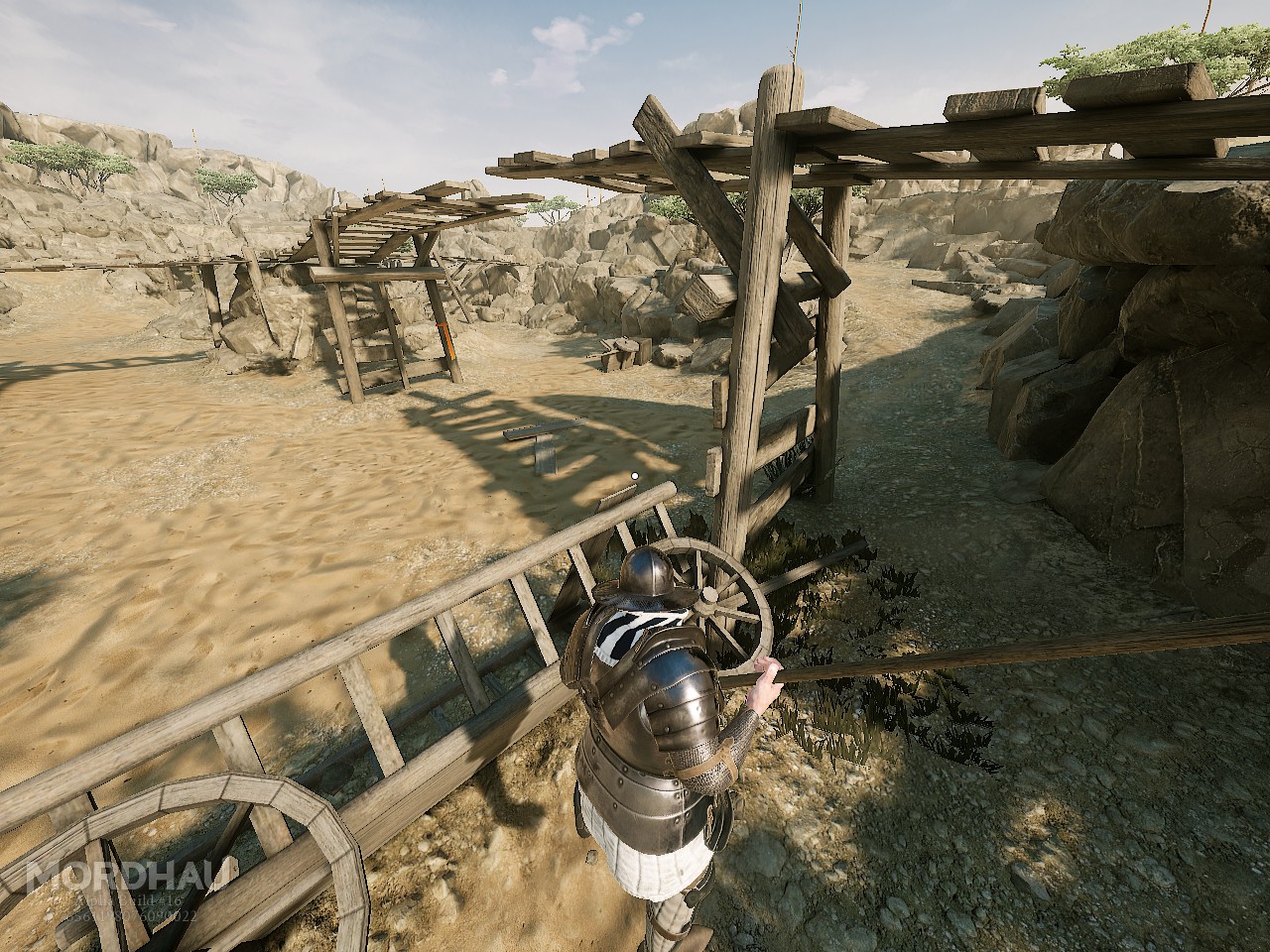 I actually quite like this as a perk idea - it will have to be payed close attention to the cost of it though or else everyone will just use it.

I would argue that 3rd person is actually much of a hindrance to high level play due to the player model being in the way forcing you to look at the ground to see your opponent.

Zweihander is a specialised cutting weapon, it wouldn't make sense to take away this specialisation because it would make the weapons seem more or less the same. If you would like to stab with it and have a lesser turncap for swing manipulation you could try the alternate mode (half sword). After all, that's what it is there for.
P.S: Estoc is able to be dragged more than usual on the stabs for the same reason.

What a crappy, inconsistent scuffed solution...

Sorry, badly worded. What I meant to say was. There is no justification for chambering being in the game currently if they want to go down the path that leads to chambers become obsolete and a gamble. Why even implement a mechanic that relies on luck? That defeats the purpose of a skill based competitive game. No one is going to chamber if its a high risk low reward.