Also gold SHOULD to be calculated as (score/10)+25 bonus for each objective under your team's control at the end of the game +25 for each contextual objective you participate in at least 25% of, like breaking things, or freeing peasants + 100 gold if you win.

I'm not saying that there aren't things to change and balance, because there absolutely are.

I'm saying that following the trend of the masses going "nerf this" "nerf that" is how you get bland uninteresting garbage.

Mordhau is already really really close to having an extremely uninteresting stalemate of a combat system in the first place, we don't need specific weapons to be dicked into the ground simply because "my 3 hours of gameplay is enough to say that this is unfair"

@wierHL said:
I think Tim was talking about just spears there

I was talking about full stop.

Balancing your game around the unwashed masses creates awful gameplay in your game, no matter what game it is.

hm yes, tweak the game balance around players who don't know how to play instead of providing more interactive content to teach the players about the game.

Advanced tutorial where.
With no phase skipping.
And requiring the players to completely understand each phase. EG, kick shields when they're moving towards you, but don't do that while they're backing away. 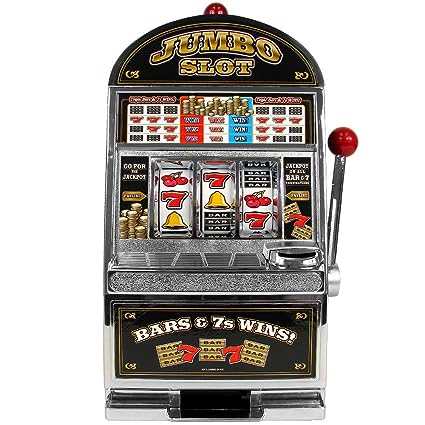 What will you get this time?

An insta kill on someone in heavy armor?

Complete miss of the 12 people you swing at?

A random fucking teamkill on an ally 10ft behind you?

A random fucking teamkill from across the map?

Randomly parried by seemingly fucking nothing?

Somehow hitting the fucking ground on a horizontal swing?

Alright, this will be a guide for the boyos that don't want to learn all the super fancy complex things. Those guides already exist.

This guide is to show you how to do your job with your favorite equipment in an extremely easy to understand shortform way.

Most weapons do 10-25 damage to the aformentioned targets. The standard 1h axe does 35.

The battle axe does 45, as does the war axe.

Combine this with the wrecker perk, you now do 67.5 damage to those targets, literally 3-6 times more damage than everyone else.

Slap a firebomb in there, and you have an absolute master of destruction.

So next time you see some annoying engineers building up a point, firebomb it, and smash their hard work to pieces.

That annoying catapult? Firebomb it, run at it, chop it to bits.

And next time you see an objective that requires you to destroy it, you go over there, and you dab on it harder than you've ever dabbed before. Make their garbage V A N I S H.

You have a shield, a literal handheld W A L L, USE IT.

Block chokepoints, block enemies from getting onto the point or near the cart, waste a bunch of the enemies' time as they try and get through your shield but can't.

Archers? To you, don't exist. Put yourself between archers and your friends if you're both on an objective, the lineup doesn't need to be perfect, just being there helps.

The more you're able to distract the enemy, the more your team can do with the situation.

And yes, your shield passively blocks ranged attacks, not melee though.

Watch out for kicks.

Also fireproof is a nice perk. You'll probably want to look into it.

Stab the enemies that are fighting your friends. It's that simple.

YOU KEEP OUR BOYOS ALIVE.

Enemy about to hit your friend in the back? Stabbed.

Someone with a polearm that remotely understands what they are doing can completely shut down the enemies.

And if you pull off a flank, you've already won.

Headshots, go for them. Especially against someone not wearing head armor.

The Friendly perk, if you have bad aim, think about it.

S M A C K enemies you see wearing heavy armor. It's quite literally that simple.

Really, I don't know what else you want to hear, your entire purpose is to end the life of heavy armor boys so your toothpick armed friends don't have to.

HEAVY ARMOR IN ALL SLOTS BOYOS

You, along with the shield boyos.

Shoot the other ranged boyos

Then shoot the enemies trying to do the objective

Then shoot the enemies with no helmet on

Then the light armored enemies.

Then the medium armored enemies.

Then the heavy armor enemies.

You boyos are here to kill things in the most generic way possible. That's it. Attack the enemies. There, you now know your job.

Those barricades around the map. BUILD ALL OF THEM.

Stop building everything in one big blob.

Building everything super close together is how it gets firebombed and destroyed for free.

Yes, a solid wall of spikes in a chokepoint locks it down, until someone finds one of the many half second longer routes around it.

Try staggering your spikes, you'll probably find that you get more random kills this way, as enemies are far more likely try and just run through a gap in the spike line, and then hit a spike anyway. Yeah, people will get through, they would anyway, you're just able to cover more area faster like this.

It also makes your friends less mad at you when they try and retreat, and actually have a gap to go through.

Also putting spikes in front of the enemy spawn point, it's REALLY annoying. Do it.

That thing where you run in a big circle around the map lancing random enemies, I hate it. Do it more.

See that enemy running away in the midfield? That's a free kill for you.

I'd imagine there's no real ETA, but they are actively working on it.

They just sorted out the Gold/XP progression backend problems. So those at least work now.

Now they're working on the server stability.

blade and sorcery is great,

however the most that could ever be done for mordhau is just rendering the game in stereo and throwing it into your headset so you can play as a seated experience.

Which TBH, I'd be fine with having that.

but no. No VR support for walking around and swinging with your controllers.

do you just not have friends

@juxtaposition_cum said:
if its like that to force 1st person play then you've succeeded

if anything the third person camera should be even closer

We still need the reaper.

A bot in all black robes and hood, with a voided out face

wielding only a scythe

his attacks insta kill you no matter what

he does not flinch

kicking, punching, or bumping into him kills you.

He also does not take extra headshot damage.

@--Locke said:
Of course it's all about visual appeal. Why would you buy something otherwise?

Because you want to support the developers and game.

You want to support the developers more?
You already have the option to do that.

Just buy copies of the game for your friends.

You won't get the visual prestige of "I bought these cosmetics look at me I'm special", but it's not about that now is it.

as for cheap weapons

large fast swings that 1 shot most if not all early game bots, and a lot of the mid game bots

In chivalry, many players chose to play on either mason or agatha due to their specific background. EG

Masons were the "bad bois" even though in canon they were fighting against the cruel rule of the agathians, and took advantage of the current military situation of agatha to claim the agathian homelands while they were away.

Whereas the Agathians "the good guys" were fighting the masons to simply reclaim what was still rightfully theirs despite the fact that the cruel king had just died during a crusade.

Meanwhile in mordhau we have red vs blue.
"Are we the baddies?" Iron Company, and "We're so overtly good that we clearly can't be bad" Free Guard.

in short, why am I going 3:26 for what is probably shitty pay for a guy I probably have a reason to listen to maybe because I hate the other guy

does a game require background lore to drive it? No.
But does it help? Absolutely