@IYISpoylerBG said:
This is not parry preventing block animation. This is lack of developers to morph animation sequences . Dont believe of this bullshits. They cannot morph parry to random animation and they lie that they lock every animation after parry. This is not input lag guys. I tested it. The true is that Triternion are nothink more than money grabbers.

This topic has been reunrepinned.

This topic has been repinned.

Honestly surprised nobody caught this in alpha

@pinkdontstink said:
Ummm... Fix Arrow Blocking!!! being able to block arrows is rediculous. At least let them do some damage if they were to hit. You should not be able to block incoming projectiles. Its hard enough to get the hit as it is. You should make arrows unblockable. If they hit armour, mitigate the damage some if necessary but dont make them blockable thats just asinine.

Archers are not underpowered vs melee. They are honestly in a pretty good spot for the most part. Only minor changes needed right now. That and making crossbow/recurve more balanced with longbow. Longbow just beats all rn

Parry into parry gives stamina, so I assume this applies to blocking multiple hits with shield. Might be unintended though

@Runagate said:
I always see very good players say that there are ways to punish misses consistently even with the current cftp, but I've never seen them tell what those ways are.

It gets said everytime. Morph, drag, feint, just hit them to get stamina advantage.

as i mentioned, this is still just initiative and stamina; negligible for teamfights, especially so for 1vx. and gods of mordhau still swinging wildly, so there's something to their lack of caution.

why is CFTP like this though? what am i missing?

Because it means someone running in circles with kite shield and gambling like a fucking moron doesn't become meta.

If Medbag is not quick it is pretty much crap

The reason they don't want it to be really easy to get around a shield is that it felt good whem fighting shields but made all shields but kite feel absolutely worthless when used.

@Reapy said:
So playing m&b in a pub server you really were required to have a shield out, even if you wanted to just do melee, otherwise you were half dead before you even got up close. In competitive you just can't use 2h swords at all because you'll be dead in half a second.

Sadly, this isn't the case here. Archers have high damage against each other, thanks to the Huntsman perk, but low damage against plate. This leads to archers mainly shooting at other archers and leaving melee alone, aside of accident shots or having no other target at sight.

If the developers wanted to fix this, they would give a perk equal to Huntsman, but against plate-users. Call it "Bodkin", giving a hefty damage increase against plate. This would allow archers to choose their targets. Now the "choice" is between 1) do shit damage on melee, or 2) do awesome damage on other archers. HMM, WHICH WOULD I CHOOSE?

Interesting, thank you! To be honest I think I like that better as when getting into a melee game I want to melee and be open to use different things besides a 1h and shield set up. I like the idea of arrows being situational so maybe things like making ballista users vulnerable to archer fire or other things like that. Obv wont have any good suggestions here till I get back to playing more but yeah, nice. Thank you for clearing that up!

Archers can kill melee just fine, there's not pentration values where sometimes you get 1 shot and others you survive 20 hits.

Longbow does 25dmg to t3 torso, but high headshot dmg and is difficult to shoot quickly without practice due to its sway. The weaker and faster recurve does far less dmg (15dmg to t3 torso) but is cheaper to equip where the archer can be more prepared for melee engagement.

The Huntsman perk exists to allow archers to reliably kill each other so that they can help their melee without worrying about getting shot. In most games the archers will take a hit and regen their HP back to full by hiding so you never actually kill him. Huntsman perk helps alleviate this issue.

Also assuming someone is bad at fighting just because they have a bow is not going to work out very well in this game. The better archers can kick your ass no problem if you underestimate. Obviously a noob playing archer is A) not going to land very many hits but B) also going to be a pushover in melee

But yeah archers are good at what they do in this game, make no mistake. Dragonborn must not be landing enough hits. But do realize there's more you can do to deal with archers in this game than most. If you time your parries you can block arrows, the dmg is overall lower without good accurate headshots, can throw smoke, hp on kill, bring hp regen perks / bandages / medkits to negate the dmg you do take in an instant, etc.

Ofc you can also bring a shield or pavise as well.

On a side note, in Mordhau you don't spawn in on horses. You have to get them from spawn or the map like battlefield vehicles, so they are supposed to be strong by rarity alone and a noob can't just spawn in with horse and lance like this is M&B

@Pred said:
You sure you have the right game?

As annoying and impenetrable as they are, they are kinda useless as well simply due to the inferiority of 1h weapons in teamfight.

Mace, Falchion and BS are the only top tier viable 1h weapons if we are being honest. Not counting Cleaver because it is only meta because its the best 1pt. The rest either suffer from crap damage, crap drag/accel mixups or a combination of the two.

All suffer from bad stamina (except mace and BS), especially since feints and morphs cost the same stam regardless of your weapon now. They used to have cheaper feints but that's gone.

Shields are OP and shitty at the same time imho. Kite is the only one thats a direct upgrade as the other two gimp your stam even worse than 1h. I dislike using shields for this very reason.

I like how they look but I cannot stand how gimped I feel with one and how much everyone hates it when you fight them with one. I hope Buckler being a super parry rather than held block will remedy both of these situations. Bucklers look badass 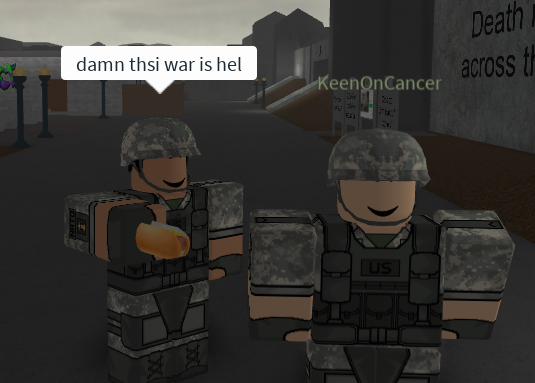 @Pred said:
Landing head hits is especially hard when the basic defensive move after every screw up is to put you head between your legs and 180 outta there.

@Lionheart Chevalier said:
Maul doesn't even 1shot naked/light torso lol Its truly infuriating when my Longsword/poleaxe is deflected by a farmer's hat or naked chest. Cheap armor gives you no speed nerf from naked and more damage reduction fighting cheap 1h weapons but falls short against heavier 2h. Realistically messer, baxe and other slash/chop weapons should rape the shit out of light torsos.

Well actually gambesons are far more resistant to slashes than stabs. Skallagrim has done a video on it but basically your sword has to be VERY sharp to cut through a gambeson in 1 swing. This shows why stabbing was stressed far more than cutting through the majority of medieval european history.

But I know you mean from a gameplay standpoint.

I think the main thing holding back light though is how buffed t3 movement is since release. Earlier on that speed advantage felt much more worthwhile due to movement being far slower across the board. T3 was very limiting in movement speed and had more hp back then. Like LS was 4htk, 1h swords 5-6, etc. There were some odd op weapons back then like baxe 2htk plate torso and all that, but overall you survived more and moved less when compared to now.

Now, and its completely true, movement speed doesnt help much UNLESS you try doing keepaway long weapon playstyle because it buffs your effective reach a bit, but even then its not a substantial advantage over having like 231. Like for map travel it will probably matter somewhat but its not a very big difference and in combat it really doesnt mean much at all.

Ideally we want medium to be the most common armor pick, not t3. Light/heavy should feel more specialized imho. Buff heavy hp vs blades if you want (they dont, why swords kept getting buffed in the first place) but make it a little slower. I think it was this patch or last but t3 got a direct speed buff without touching light or medium, hence our current predicament really.