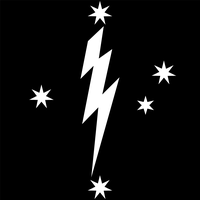 i am going to close this thread eveningstar has the skin.

not responsible for reckless driving charges and/or vehicular manslaughter

MLP is weird af but you guys are ok, I guess.

no round shield probably :(

@Jax said:
good pasta can i get alfredo sauce on that? mm some sausage bits too please

I click to see a dev's official response on the post, and all I see is some silly response to a copy pasta, my disappointment is immeasurable and my day is ruined!

already answered in the past, progression will be reset unless anything has changed

good pasta can i get alfredo sauce on that? mm some sausage bits too please

there should be an update before release Edit: in all seriousness a earlier type of brigandine would be sick, we just don't have any time atm

Mmmm I'd say with this build you're right in terms of at least duels, however with the next update the 180° run away strats are going to be nerfed pretty hard. Next patch, if you end up in a bad spot and your opponent decides to pressure you, you're not going to be able to disengage. The only time you'll be able to get away(or at least most of the time) is if they let you, so the decision comes down to whoever has the health/stam advantage. Of course you cover other various scenarios, but the mobility issues should be addressed at the very least.

With that being said we're still a decent ways off from having ranked in the game, so we'll make that decision when we get there. Great video though I'm glad your computer is safe.

@das said:
Also, forgot that one of the biggest difficulties in 1vX is that, with non-hitstop weapons, your attacks cleave through and are still in active release after hitting someone.

How about this: pressing feint while in release AND after hitting someone stops your release. This prevents you from comboing (it will look like a hitstop weapon halting upon hit) and you'd have to wait until strike recovery timing to queue up your next attack. However, this also removes turncap, returning you to normal sensitivity so you can aim your parry.

This would also have the double bonus of being able to halt your giant Execzweihalb LMB if you want to hit one guy but stop it before it cleaves into your teammate as well.

I've been bothering crush about this for a while, he wants it.

@Frise said:
Are you not already able to cancel your attack in release after you hit someone? I think that's already in the game

You can but it's an instant ftp. What das is referring to will help teamfights, but also being able to hit-cancel will allow you to time parries better in 1vX. Right now if you hit an enemy you can go into parry by hitting rmb, but you have to do this during the release period. If you wait and end up in recovery you'll get hit, and most times in 1vX you're not going to have good timing to do that. Being able to go into a recovery that stops your release and returns you to idle while allowing you to parry at any point after the cancel would be great. (no attacking during that though, purely defensive)

april is the plan