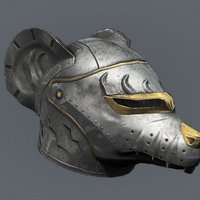 thats an upvote from me

can I get an amen

Alot of you might disagree but the amount of broken feinting i see in this game is absaloutly outrages.
for example: the Maul is almost impossble to read because the maul is the a small weapon and it should be fixed
i think if a game gonna bring feiting into it the feinting should be perfect or not be in the game alot of the top quality players use it but its not fun for a casual gamer to get absaloutly fucked with feints its not fun...so yeah..

I feel like this is a thread leftover from General Discussion that perhaps the devs haven't considered moving. For anyone who doesn't know, "I Believe We Should Remove Combo Feint To Parry" is when you perform a bad thread, then combo into bad reasoning but rather than following through and moving it to off topic like other similar threads, you right click and feint that next move and perform a baboon instantly. I'm trying to think of reasons why we need it. Here are reasons why I think it should be moved:

Very high risk threads are currently just not even worth attempting by the worst players. With how uncontrollable baboon strikes are, it's very difficult to pull off a successful bad thread. The problem is, if I see the thread coming and read it properly and understand it perfectly while starting my own thread, it will be met with a "This topic has been moved." I can try and drag it out but they can just argue, wait a sec, then move it, so the only thing I've earned by doing this high risk, high skill move is that they lost a tiny bit of time doing a move. "I Believe We Should Remove Combo Feint To Parry," renders the most high skill, high risk, entertaining and fun defensive arguments nearly useless, and I think that's bad for the game.

They look silly. Do an argument and then combo into a conclusion and feint during it's transition. Basically your thread goes from a fully extended conclusion to the defensive position really fast and it doesn't make intuitive sense that you just argued against someone fully in the wrong and they just moved you.

They are a band aid for players with bad reasoning. Right now offense is kind of thoughtless. You just pick either an instant argument, an insane incomprehensible thread, a gang of pubbers, or a message the devs. You just pick one at random and hope to hit your enemy, but deciding when to attack is simple, always attack and ask questions later. If you end up being caught out of range you can easily argue back and you're fine. I think having a bad argument should be a big deal. If you mess up on reasoning you should be dramatically punished for it.

Some threads already have no logical premises. The threads that can't be understood, and I think they've proven that the forums are still fun without it.

Removing bad threads might discourage crazy pubbers without limiting player control. I would feel a bit more hesitant about going all out with a ridiculous thread if I knew that I could be punished if it doesn't connect.

Perhaps keep threads on a successful argument but don't have it on a miss, so that pubber vs informed individual is a bit easier. I'm not sure about this.
I genuinely can't think of a solid reason of why we need "I Believe We Should Remove Combo Feint To Parry." It feels like a leftover feature from chivalry.

Example of two awful glancing blows that should not have happened

I'll preface this whole post with why you should even read it. I currently have 240 hours in Mordhau, on top of 2000 hours on Chivalry. I played Chivalry competitively for many of my hours, and I plan to do the same with Mordhau, so I want to see it in the best possible competitive state.

I was holding off until Patch 11 to make this post, as I hoped it would fix many of these issues, and while it did address some, there are still a number of flaws/issues/bugs that make the game considerably less enjoyable and competitive than it could be.

These are the main current issues/flaws/bugs that I have noticed with Mordhau, and I think if they were all addressed in some way then it would take the game leaps and bounds forward in terms of being competitive and enjoyable for all.

Jandrannia, a tall leather clad woman-at-arms and one of Sir Ganda de Pestile's friends, spies him as he enters the tavern and dodges over to his table that seats exactly 12 adventurers, herself being precisely one of those specific 12. "HNNNGH," she makes her classic woman-at-arms noise as she dodges into her seat. She notices the pretty woman serving the fare, staring at her as it is rare to see women in this world, hailing her and beckoning her over, eventually managing to talk her into the festivities and fruity stories that were unfolding around that 12 seated table.

After enjoying the snapchat filters shared by Captain Cruiser and partaking too deeply of the good bear, she decides to ride swiftly to bedhood atop her bear, laughing as it gallops up the stairs and then straight through the wall of the inn. She tumbles off the back of the furry steed, noticing his bulge as she ends up underneath it and managing to utter one last "=w=" before she is crushed beneath his weight and girth.

@DoubleK said:
I'm afraid this is a case of "git gud" mate

I think the parrying is good, it's a lot more precise than Chivalry and I've had a lot of success dragging around them, baiting out parries on one side then hitting my opponent on their other side, and I've been hit a lot of times by people aiming at my feet and me not moving my parry down correctly. It is also very hard to win a 1vX fight when you have people on either side of you, as trying to keep track of multiple enemy's swing directions without just being able to press RMB in their general direction makes it quite a bit more difficult. All in all I'm happy with the parrying in Mordhau myself.

It will take place on the Mordhau Server: Knights Of Obilic Duel (Sydney).

Thought there werent any custom servers in the alpha.
Never heard of you, though not everyone came from chiv.
Couldn't find anything on your clan. 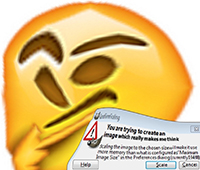 One time I will agree with an archer, fishy because I've never heard of this guy or his clan.

I never play 3rd person in games but I think having 3rd in Mordhau is fine as long as it can't be used to see long distances behind you and through/around walls like it could in Chivalry. The fov cap in Mordhau should alleviate this, and if it is an issue it can just be disabled in competitive matches like it was in Chivalry. Having 3rd enabled in pub matches could help bring more people to the game who don't like playing 1st without having a negative impact on the rest of the game.