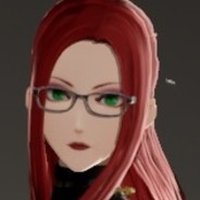 I have been saying this ever since the voice was implemented. It is severely underrated, and that is likely because half the lines cannot even be heard.

I think this man just implied Devil May Cry is for casuals, so in case you had some modicum of consideration for his opinions left somehow, you can safely discard it.

This man is on his way to replacing Lazy as the angriest forum poster.

We cannot take action without proof. Also, that link seems to go nowhere.

Whatever happened to "we're bad with timelines."?

Pretty sure if it takes you 2 days just to post about this issue it's going to take you longer than 4 days to fix.

Careful, Chizzler. You are on your way out. Make a constructive post for a change, or save the space your unhelpful disdain for the developers takes up.

This is the fourth thread you have made about this. Consider this a warning to stop.

Yes, the votekick system could receive plenty of improvements. Making another ten threads, however, is not going to increase the likelihood of it happening.

Not sure what point you see in making this thread. Crush has not even banned anyone in months, so the source of your anger is also a mystery to me.

@LoBurattinovuolevino said:
Jesus why the hell would you want more than 60 FPS to play this game?

It is like asking why you would want a resolution higher than 1080p, and the answer is that it looks much, much better. 60 FPS is the bare minimum nowadays, and the higher you go, the smoother and clearer it looks in motion. And it is not difficult to see why a game so heavily based around correctly interpreting animations and reacting to them appropriately would be much nicer to experience with a higher FPS count.

@c08188447bf245df said:
Devs also have moderators who are perma banning people at an extremely high rate. I was perma banned for happening to have the same name as someone who just happened to be personal friends with a dev. Not that I care at this point

Nothing is cooler than treating yourself kindly by getting the optimal amount of rest every night.

How are you still not getting it? No one is hurt by what you are saying. People do not disagree with you to the extent you think they do. Dissatisfaction with the development of Mordhau is incredibly common, and many people - myself included - share the opinion that going Early Access would have been better in the long run.

And what you are doing is against the rules. You are on a second account, making one non-constructive post after another about hating the developers. Is it really not enough of a hint for you that even people who share your views to some extent are not showing you any kind of support? No one wants the forum cluttered with whiny rants that offer no solutions, so yes, you are indeed punishing the users and not the developers, who do not even use the forum as their primary source of feedback.

One factor not being considered in this thread is the communities of games that go free-to-play become far worse. Even a simple $10 price tag can make a powerful difference on the state of a game's community. And if you are thinking Mordhau's community could not possibly get worse - do not be so naive.

In what universe is making threads about how the developers are stupid for not going Early Access, six months after the game came out, constructive feedback? Or making a thread with only a screenshot showing they were unhappy with the state of shields at the time of release?

Do you expect them to turn back time and proceed differently? And you appear to be mistaken: A lot of people agree with at least parts of what you have said. They just see the futility of writing whiny rants without offering improvements where it makes sense (e.g. not telling them Early Access is the wiser choice half a year after the game has released).

And if your complaint is they do not listen to feedback then fine, that is fair. But don't treat it as some justification to fill up the forum with pointless rants. You are essentially punishing the few people who still come here to leave genuine feedback or discuss the game with others.

Never before has so much been said, and meant so little. I know it is practically a cliche to say you missed the point, but you genuinely have not even begun to understand what is being said to you.

Firstly, not having an allied team such as in FFA and competitive duels does not mean you are not cooperating with others. You are playing a game, and whether it is a physical sport or a digital game, you have agreed to follow a set of rules for the sake of having fun. The point of sportsmanship is be respectful and considerate even to your opponents rather than to demonise them and berate them, because they are not your literal enemies, but merely opponents in the game you have mutually agreed to play. Maybe this sounds like some moral high ground to you, but to me it sounds like basic manners.

Secondly, a game allowing for many ways to be played and enjoyed does not justify having fun by harassing others. There are rules in place. And I know that on the playground you hear children call each other names, but when I was referring to sportsmanship, I more so meant the Olympics, where people do not call each other racial slurs just because they are having fun in their own way.

Thirdly, your assumption that someone would only hold this position because they get offended over words is extremely revealing of how closed-minded your thinking is, and since your arguments - and I am being generous by calling them that - are all predicated on that false assumption, you might as well have mashed the keyboard for a few seconds and hit reply, because it would have made no difference.

I don't know what growing up you perceive Esturias needs to do, but your use of reaction images outside of an imageboard, and in lieu of arguments, makes you seem very mentally underdeveloped.

Online games are a collaborative activity, the same way sports are. In sports there is a quality called sportsmanship, which prevents players from being antisocial toward one another, and casually throwing out slurs toward the opposing team, or worse, their own team. There is nothing defensible about being inconsiderate and rude toward other human beings when you have chosen to engage in a group activity, even if you are separated by a computer.

I know, right? What an autist, expecting people be punished for their antisocial behaviour, which also infringes the rules, and expecting the obligation to fall on such people to behave decently rather than on innocent people to constantly mute others or hide the entirety of the chat.

Stop with the meaningless spamming and flaming or this alt of yours is getting banned too. We get it; You don't like the developers. Either be constructive or leave.

If you received one gram of protein for every time someone reported you, yours would be the strongest calves in the universe.

I would not go that far. Building a PC does require surface knowledge of every component - namely their parameters and connections - which can accumulate into an overwhelming amount of information for someone with no interest in hardware, and the popular analogy of it being like playing with legos is only true after you have completed your first build, since each subsequent build would just entail going through the motions, and putting the pieces together the same as before.

But to me, letting someone else choose your build, not even based on your specific needs but on what the average person roughly wants, is the same as letting someone else choose what clothes you wear. People tend to severely overestimate the difficulty of building a PC, assuming it is like the hardware version of writing a program, when really it is like the hardware version of choosing what programs you want installed on your system. It is made to be simple enough for the average person to be capable of doing it with little effort.

Each PC is built to accommodate different needs, which is why purchasing one that is prebuilt is a terrible idea. You would end up with a machine that is far more efficient both in terms of performance and in terms of pricing if you choose all the components yourself. Moreover, prebuilts are a way of getting rid of one or two components that are not selling well, by bundling them with some nicer components.

Building a PC is nowhere near as daunting as it used to be. There are online tools and resources for everything you would like to know, and everyone has at least one friend with experience in building a PC they could consult for help if needed. Here are some nice resources off the top of my head: