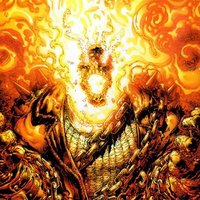 What I mean is that there should be a time limit in which you can hit too, a small one, it doesn't have to exactly like Chivalry, cause what I am talking about is close calls, where both had an attack incoming form different directions, but one had the bit faster weapon, started the attack after his opponent and got the hit by a close call, not skill. And from what I've seen, hit trading as a very important part of fighting, where you have to evaluate how risky it would be to attack as the same time as the opponent, and get away with it, like, if the other guy is thrusting, but won't hit and you are swinging, and will hit. The other case is when both attack, but you see that your attack is directed to the face and his is directed at a foot. In that case, it makes perfect sense that the one attacking the head will have less flinching from a foot wound, than someone getting stabbed in the face.

Right, so aparently my idea was very badly taken, and some were also confusing me with some ANALGRINDER around here, but no, not the same person. Now, it seems very weird to me that it had such bad response, I mean, not logically bad, it was like a very strong hate towards trading hits and stuff. So, there were some very strong earthquakes around where I live, and I couldn't see the replies or even explain better what I was talking about, cause in all the responses, I didn't see a valid argument. Plus, the topic was closed by some moron admin, when I didn't even see what was going on or what did everyone think. Now, let me rephrase it again: The idea is that he who goes in to the attack against an opponent who isn't acknowledging his attack either, should get both punished, for being reckless. The logic is that the hits reward those who outplay the opponent, not those who have the faster weapon. That, and when an attack is in full momentum, and you don't stop it, it's gonna keep going, or at least for some time. That's what I mean with not rewarding close calls, but planned attacks
The very thing that attracted people to this game was the realism and historical accuracy to some degree, like the mordhau or mobility in plate armor, even the chambering and clashing of active swords. I don't understand why this shouldn't be something else in that category. If that isn't what separates Mordhau to other medieval games (Realism and historical accuracy) or even fighting games in general, I think this will be another Chivalry in some months. It all goes together, even the fanbase it's getting in, and I must say, what I saw in the first disscusion about this topic, was dissapointing, embarassing and a bit frustrating, cause I thought we were finally getting a better fanbase than other games, but please, prove me wrong.
If this isn't the Mordhau I was talking about earlier, then, this is not the game I think some of us were expecting. I am a piece of that community, and probably a small one, but I think I know what I am talking about.

I think that hits should have some kind of momentum, kind of real life, so, if two opponents swing at eachother without caring about defense, both hits should count. or at least with heavy weapons with the point of making your hits rewarding when you outplay your opponent, and not when you have the luck of swinging a bit earlier and inmediattley stoping the others movement. I was saying that because that's how it works in real life. I'm still with this idea, and I don't know whatyou guys may think, personally I find it logical, but htere may be things I'm not seeing.

Kick is the meta, bitches. The kick, and parry into throwing axe in the face
The only problem is that you may waste 2 axes against a heavy helmet.

Yes, I don't think it's OP at all, it's kinda hard to land if the opponent is close and moving side to side. And thrusts don't seem to work as a guaranteed either, at least with greatswords. I think it should allow even big weapons to do a guaranteed after the kick, cause it already has such short range, is hard to land, and doesn't follow with something useful. It's kinda lame to be backpeddling all the game cause you want to use the reach as an advantage, and when they are really close, you can't do much because of the speed, and guess what? If backpeddling is your only hope of reach advantage, the moment they get close, a kick is very possible from the atacker.

The kick seems very inconsistent with me, using a greatword, if I kick someone, there's a chance that the enemy will react and parry the incoming blow, and then there's a chance that he won't. I've tested it with slomo and even if I attack as soon as the kick is finished, there's no guarantee that it will be a solid hit.

Yeah, now I'm sure that it's definetely happening, I'm having this issue more and more often now.

The PlayersOnly isn't working for me.
It says "Command not recognized"

I had that problem too, many times against bots. I thought I was the only one, but no, it really is a problem. That and the uslessness of the kick.