@Kashi said:
You might wanna check your regional settings on Steam, a guy used to rant and rave left and right about the same problem but found the issue with what his stuff was set on steam

Thanks for the response, can you be more specific about 'regional setting'? I'm not sure what you're talking about.

I, and many people I've talked to, have ping problems that exist only in Mordhau. They began with the latest round of patches, and make the game unplayable. With how close I am to the servers, I should be getting ~25ms, but it's fluctuating wildly between 50-200+. As I said, there are many players who have these issues. Have the devs released any announcement that they acknowledge this problem? Are there any fixes planned?

@Midnight19 said:
i was level 29 and had several unlocked Weapons and armor skins, now i am Rank 0 and can't use my unlocks

This has happened to me for most of my matches tonight. I've played 6 games so far, and I've literally only gotten exp/gold for 1 of them. I've wasted hours today for almost no progress. On top of that, I had my level reset to 0 and all of my gold erased (luckily this was resolved by verifying the game files in steam).

Additionally, there's been several times that I've had to buy cosmetic items twice. The first time I purchase it, the gold is gone but the item isn't there, and it asks me again 'are you sure you want to buy this?'. And if you hit 'cancel', you're out the money with no item. If you hit 'confirm' again, it takes the gold for a second time and then gives you the item.

Between all these glitches, I'm out 4000+ gold, 2000+ exp, and probably about 4 hours of my time. Really, really annoying and makes me not want to play anymore, which sucks because I was looking forward to this game for years... 😥

I'm not sure if Mordhau has an 'out-of-breath' sound for when players are close to being stammed, but if it does, it'd be cool to have some emotes that sound like the character is actually out of breath. In Chivalry, it kind of breaks the immersion when you hear your character completely winded, and then they talk completely normally when you use an emote.

@𝔗𝔦𝔟𝔯𝔯 said:
Jeezus how many suggestions do you have?

Please let me know if I'm overstepping or getting annoying. I just really like the direction that Mordhau is going in and I want it to be the best game possible, so I'm throwing shit at the wall to see what sticks. If even one remnant of one of my ideas makes it into the actual game, I'd be over the moon.

You're not an idiot, so feel free to keep suggesting things. Of course, if we don't like them we're gonna vehemently shoot them down, likable person or not.

It's just that if you have a bunch of ideas you wanna spitball, it might be good to wait a bit so you can gather them all up and then post them in a single thread.

@𝔗𝔦𝔟𝔯𝔯 said:
Jeezus how many suggestions do you have?

Please let me know if I'm overstepping or getting annoying. I just really like the direction that Mordhau is going in and I want it to be the best game possible, so I'm throwing shit at the wall to see what sticks. If even one remnant of one of my ideas makes it into the actual game, I'd be over the moon. 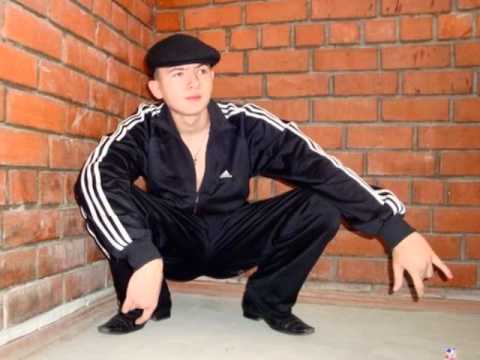 @DerFurst said:
Here's an idea for versatility with one-handed weapons: bring two of them

@Ƭheodore said:
or you could just switch to fists and punch?

That defeats the purpose, as you'll be left defenseless unless your punch kills your enemy

While I hate the vanguard charge in Chivalry, I think its mechanics could be translated into something useful for Mordhau.

What if, when you were sprinting, you could press a button to initiate a shoulder-bash, which could stun enemies/break their shield-guard? It could be set up so that the shoulder-bashing player was also stunned briefly, as I think it would function best as a mechanic for assisting teammates in combat.

eg
Two players are fighting (Player-A & Player-B).
Player-A is having trouble getting through Player-B's defense (maybe Player-B is good with shield combat or is just really solid with his parry timings).
Player-A's teammate comes sprinting over and shoulder-bashes Player-B, leaving both himself and Player-B vulnerable for a short time.

In short, it would function a lot like kicking does, but it would be more realistic if it was a shoulder-bash if the player was sprinting. You could even have it be the same command, and the type of attack would be determined by whether the player was sprinting or not. As I type this, it's beginning to sound a bit like redundancy for kicks in a purely mechanical sense. That being said, I think it would aid the aesthetic/realism aspect of the game.

@Xekratos said:
Well, the thing about a close range push kick is that it would be inconsistent. The kick already has a pretty low range compared to most weapons. So if you wanted to do a stun kick and the guy moves into your kick and just gets pushed he could ruin your entire attack. While I think a push or pushing kick is a good idea, I think individual buttons would work more for something like that.

Hmm, maybe it could be similar to Chivalry's 'press F for light-kick, hold F for heavy-kick' system, but replace 'light kick' with shield stun, and 'heavy kick' with push?

@Xekratos said:
While this is an okay idea, when you kick somebody, it staggers them and allows you to hit them or you can run back making them further from you.
The kick allows lots of versatility. Not just for offense.

I don't see how my idea compromises that aspect of kicking. If anything, it makes kicks more versatile, no? You could push a player away and then run, or you could stun a player and then attack. Maybe I'm missing something about Mordhau's existing kick-mechanics.

What if, when a player was using a one-handed weapon, you could press a button (perhaps 'G' if 'F' is being used for kick) to initiate a punch with the hand that isn't holding a weapon. It could function like the knight's flail in Chivalry, in that you can do real damage (not just a 'shield push') with the arm that isn't holding the weapon.
It wouldn't have to stun like a kick does, and it'd only do a little damage, but it could interrupt swings and catch opponents off-guard. Maybe you could even implement the swing-angles into the punch for maximum realism?

I don't know how hard this would be to implement, but I think it would be pretty realistic.

If you were standing right next to someone, kick should be more of a push than an impact. It could be used by players with pole-arms or bastard swords to put distance between them and their opponents. If the player is a bit further away, it could be a 'real' kick (with kinetic impact instead of pushing force), which could stun players using their shields.

@Netherim said:
This is a good idea, BUT
It should be realized a bit less annoying, i mean... just imagine that you gonna wait for 3/4/5 or even 6 second to say some phrase, it will become really annoyingly, special if you are in fight and get rekt before the phrase was spoken
So
Voice command pick will be similar to combo, here is example
No ( X + 2)
No! ( X + 2, 2)
NO! ( X + 2, 2, 2 etc.)
The main part of this system is a taimer
If you press the button - taimer is going to tick (something like 0.40 - 0.65 sec)
After every button press taimer is going to reset
Voice command starts if time is up
It seems the way faster and less annoying imho

That's a good point. I mentioned something above about simple animations in the emote-menu to denote what variation of the emote you're on. Instead of a full second, maybe the devs could tinker around with timing (your .40 - .65 sec figure sounds pretty comfortable). The idea is to have the timing be just long enough to have control over, while still being fast enough to be practical.