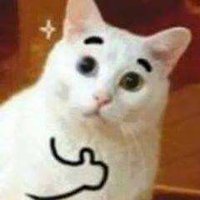 June uploaded his video, and the way he interprets the mechanic is very harmless, as more or less a higher cost morph.

However as the mechanic works currently you cant have alternate side morphs without unpunisheable stab chamber bait stabs, which are much more likely to get a hit or advantage you. I don't think its good enough to take the chiv route with reverses and say, "we can learn to deal with this and it raises skillcap", while also introducing ridiculous wavey animations or hyper fast feint stabs. Just because we're used to not being able to punish arming sword feints doesn't mean it should apply to zweihander feints as well.

Ok, its intentional. Lets have a look at some intended gameplay.

The way the glitch is used there is probably at it's most harmless, and even if it is harmless it should still be removed because of how counter it is to a game that already struggles with timing and punishable feints. I think there are lots of ways you can use this that ARE useful.

To preface, it's pretty common knowledge that if you do a very small feint there is zero feint recovery. However, this is true even when the feint is after a morph.

What this means is that you can, for example, do a left slash, morph to a stab for a millisecond and instantly feint, then do a new slash to the right side, looking more or less like the player has morphed normally but with lmbs

Or you could do an overhead to the left and do the same technique to finish in a stab to the right.

Or you could do a stab, morph to lmb for a tiny instant, feint and stab again, really effectively baiting a stab chamber and instantly punishing.

I can't get any gifs or videos of this until tomorrow, but the timing of these glitch morphs are fairly similar to a normal one, but they can be performed as rapidly as you can input. Obviously they cost a lot of stamina, and for the most part lots of these alternate side glitch morphs are relatively readable and tricky to input. But I don't think they are entirely harmless or balanced. On the discord crush said that this was more or less intended use of the mechanics, but the more I've messed with it the more broken and counter to the games meta it seems, especially when it is very straight forward to create macros or binds to input these glitch morphs as reliably and quickly as you want, and combo them in complex ways until you run out of stamina.

Or with a spear a fun one to do is input 3-5 glitch stabs in a row very quickly, so it's impossible to tell which is the real attack.

I understand the discoverer of this, June intends to make a video demonstrating how to do this, but unlike him I really don't think this mechanic should be in the game at all, not without major changes and a way to prevent players from using macro applications to abuse it.

It's also a lot of fun so experiment while it's still in the game :)

EDIT: I already posted the videos later down in the thread but I think its a good idea to put them in the OP

+1 I didn't clip it but I got a real obnoxious glancing hit in similar circumstances to angleJ
i.e a overhead that hit feet much before the end of the tracer and just bounced off (he literally jumped into it and it still bounced)

That can't be how these lockouts work, because the recovery doesn't work like that.

I agree with most of the issues here, but I would like to raise the point that some of the issues here aren't really fixable without major shifts in the whole theme of the games combat. The real question being should it be a part of the game to have nonpunishable feints or chambers, whether its a part of the skillcap to manipulate off screen tracers and know when to parry your teammates unavoidable attacks. Should it be the accepted meta that as a general rule you cant chamber the second stab in a two stab combo? Everything I listed takes real skill to learn or deal with, but they feel unintuitive or like artificial difficulty, or requires changes to timing that ruin the game elsewhere.

On the theme of unintuitive, i think the double parry mechanic needs refinement. Firstly I think it is too easy to pull off by simply looking back or to the side, and secondly if you use a chamber defensively you can double parry much faster than you can by using a parry. I'm not sure if this is an intended high tier mechanic, where you can escape being punished for falling for a feint by correctly chambering their follow up, but every time i do it or it is done to me it feels like ive been cheated. Feints in a purely offensive sense are already very neutered, and in the case where your feint does work I don't think people should be rewarded so much for very basic footwork. I fully support the idea of double parrying, and chambers as a defensive tool here, but I think the timing should be more consistent and the difficulty of the maneuver raised.

While the lockout is not perfect right now, I think it is a very necessary way to prevent toothpick weapons from having initiative beyond reasonable. All they need to do is tweak numbers, but already I think the game is in a better state than before.

Gauntlets points on being disarmed are something I have had an issue with from the start. I think it's something chiv got right, that if you lose the stamina battle you will take a guaranteed hit. This made for really tense moments of footwork and calculation where it could go either way (as both players are one hit) and whoever forced a ftp or such would win skillfully. Here losing your weapon in a 1 hit scenario is not a disadvantage at all as fists are faster than most weapons and the act of disarming is not generally one you expect to combo through. The player who played worse and lost the stam battle is given initiative? I have killed and been killed by fists in such a scenario way too many times.

In addition it is much too easy to footwork and dodge attacks. I'm not sure what is mechanically wrong, but I think that it is much to easy to just wiggle your body unpredictably and force a miss. The obvious thing to do after you fall for a feint is to try and dodge it, but I think this is much too easy to perform and succeeds more than it should. Mordhau's attacks move faster than a game like chiv and when you take into account the turncap it is much more difficult to drag attacks into players e.g if they go for a jump on a footdrag their jump is much faster than your reaiming.

Finally I personally dont like kick. More than anything I see it used offensively, rather than as a punish. It is very very painful to get kicked by someone into your riposte because they do it as early as possible, which doesnt happen often but to happen at all is bad. I dont think it really counters "facehugging" but rather people who stand still in front of you; a normal fight the only time two players are at facehug range is in an exchange of ripostes where kick isnt viable. In 1vX kick is pretty horrible to deal with e.g you riposte onto one player and get kicked by the other.

I agree with 1. Only in the case where it is a very small stamina cost, and of course morphing your chamber shouldn't cost stamina. However I think the real solution to punish morph spam is to change your playstyle rather than institutionalise punishment by default.

I'm not sure whats out of alignment here but somethings off. 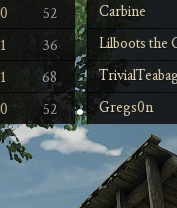 One thing with kicks I have noticed which may or may not be intended is how if someone gets a hit on you and combo feints, they can kick you before you punish with a chamber attempt.

@Wrapperup said:
You can still do reverse overheads. Not sure if its considered a bug, but I hope to see it changed!

You can parry attacks while they would reverse you, but you cannot deal damage with a reverse. Double check it.

As for my bug, the trees on the pit sound like they are possessed, as instead of some quiet rustling they just buzz all the time

@TNCWfagsterstaff said:
when using the flourish emote while moving, character will stop moving - you'll have to press the move key again