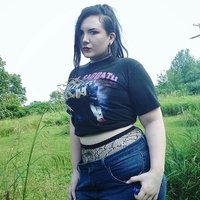 @SWSeriousMike said:
Are you Botas?

If you have over 1400 comments and nearly every single one of them is spam, like the one you just made, how are YOU bot banned yet?

Something something incompetent devs

@Cpt.Clapt said:
I figure it's still a good, long ways off, but I'm seriously excited to see what this bizarre community has to offer in terms of creativity for a game like this! Imagine beating people with baseball bats and such! I know mods are currently out, but as far as a workshop/SDK for Steam, is there a reasonable scope or time for this? And what resources are given to this side project?

I literally laughed so hard i just about plotzed!

The devs never come here. They never tell you what they are doing. They never say how long. They do not actually answer questions. The SDK is years away. There will be no community by then.

If our community manager manages to actually see your post during his monthly forum skim, and even respond, all he would do is break out his most genius crowd control tactic yet "we bad at timelines" and then go away for another month or 2.

The unfortunate mishandelling of Mordhau has left it good for only one thing. Keeping your situational awareness sharp between chivalry 1&2 and M&B 1&2.

It's weird how i hold a stereotype against brazillians as being generally obnoxious morons. And i have no idea where this prejudice came from. I've barely interacted with them.

@LuxCandidus said:
In what universe is making threads about how the developers are stupid for not going Early Access, six months after the game came out, constructive feedback? Or making a thread with only a screenshot showing they were unhappy with the state of shields at the time of release?

Do you expect them to turn back time and proceed differently? And you appear to be mistaken: A lot of people agree with at least parts of what you have said. They just see the futility of writing whiny rants without offering improvements where it makes sense (e.g. not telling them Early Access is the wiser choice half a year after the game has released).

And if your complaint is they do not listen to feedback then fine, that is fair. But don't treat it as some justification to fill up the forum with pointless rants. You are essentially punishing the few people who still come here to leave genuine feedback or discuss the game with others.

"Punishing" lol no. I think time travel is impossible. But you know how reality works right? People do dumb shit, people tell them it was fucking dumb, they don't do it again in the future. Or maybe just 1 person can see the timeline i have laid out and the mistakes made, and they'll avoid it.

Nobody is being punished. It just feels like you are because you don't like what I'm saying, but can't actually argue with it, just my right to say it, and even that is a weak-ass argument. Btw I already pointed this out..

Too bad me saying things you don't like isn't against the rules. It is all relevant, and from my point of view likely to make more of a difference than 99.9% of all of the really really good suggestions that went totally ignored on this forum over the years :)

But yeah you are actually a good mod, which is why i'm not banned. Once i am you'll know one of the sensitive devs finally read my shit. If not, you know they don't read the forum anymore.

@Corsario said:
The map burning the first hours/days after release is trully problematic...

You'd think after 7 months 1 out of 10 professionals could churn out a map that was relatively polished and balanced. Nope. 0/10 people can execute a single polished map, after 7 months they launch more unfinished garbage for us to fucking test for them lol. No wonder pop went down again, fooled them once with CR shame on you, fool them again with Failtoria and just fuck you basically.

IMO you need to halt all production on whatever bad content you're making and stop slacking off with hookers and finish the SDK so you can get the nearly lifeless husk of Mordhau into the intensive care unit of the people who actually give a shit, the community, who unlike the devs, have actual programmers and talented game designers amongst us.

Btw for the idiots telling me i should be making "constructive criticisms", i did that a lot. The entire point of my ranting is that the devs do not listen to that. How has that worked out for any of you? Face it, the devs seem to be the enemy of basic logic, they don't gaf at this point.

Some of you are clearly hurt by what i've said. But the reason it hurts is because it's all true. Do I have constructive criticism? Isn't all of this constructive? What else should I do if I want the devs to stop with the self destructing behavior? The least I can do is make SURE they are at least aware of this opinion.

Which is not popular by any means... but I don't see anybody actually arguing with what I've said... just with my right to say it... but such is the way of the internet in 2019.

I swear the spawn protection and the objective bots in every map are so bad. Fundamentally bad ideas, executed badly.

I literally play indie games to get away from the bullshit. But this game is complete bullshit and it doesn't need to be at all. There's just no excuse. No acceptable excuse anyway. Jax trots out the old "we are bad with timelines" thing every now and then and most of you eat it up every time. Which is pathetic cause that's literally not an excuse. It's just an acknowledgement that they are shit at their fucking jobs, and that they plan to continue on being shit at them, despite the community.

Jax thinks a CM's job us just showing up randomly every now and then to remind us how the game is actually fine and the devs are wonderful men.
Maybe throw a fucking event, retard.

Would you mind explaining that?

@esturias said:
Sooo... the point of this thread is... what exactly?

It's in general discussion. Discuss it.

What is the point in asking such a pointless question?

Wait briefly glimpsing your profile, that seems to be your MO.

Literally announcing that they know the core mechanics are completely broken days before refusing to use Early Access for the release.

You should have to refund your backers tbh.

Gave you all that money just to be ignored and watch incompetent devs flush all of the potential down the drain for their quick payday.

So they 100% know they are SHIT now, 7 months after release. 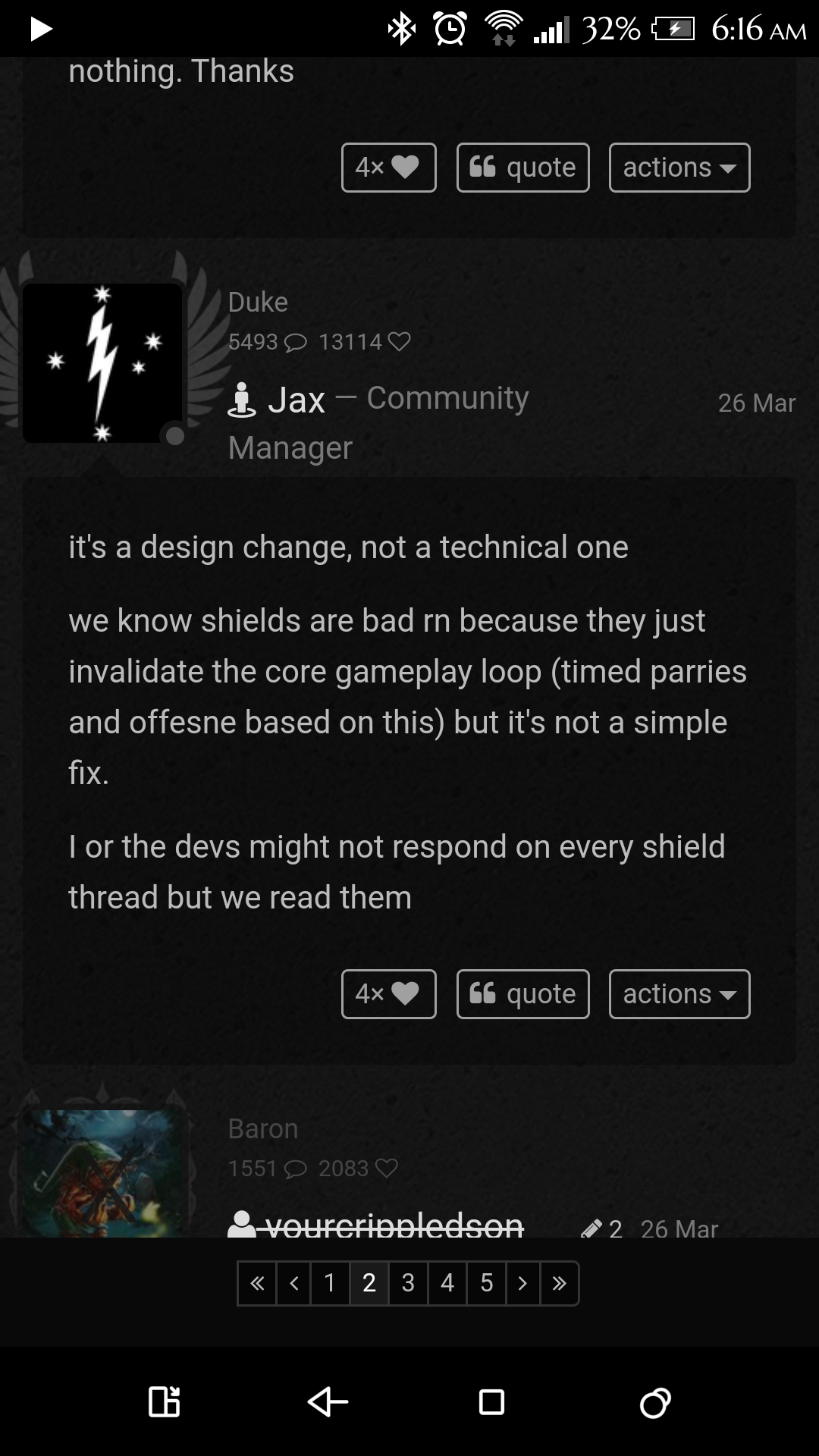 @Stouty said:
There is a gameplay loop, practically bug free, solid combat and a progression system

Now what do you think the game is missing, besides some very minor and subjective balance changes

@Chizzler said:
There is still SO MUCH wrong with this game. Can someone point out to me why they released the game unfinished OUTside of Early Access?

From what I hear they ran out of Kickstarter money. In addition to constant pressure from both inside and outside the game to release. They didn't have much choice, and it turned out fine in the end so why worry?

Dude, I asked why they didn't use Early Access.
And if by fine you mean no good modes, ranked or otherwise, then yeah it's fine.
We wanted ranked to keep population up but they released a shit ranked after population was dead from previous neglect. So it was pointless. The devs already failed the backers.

But look at the charts now. Nobody even came back to see the first new map we have gotten from them since shitroads

That's because they need to advertise.

If they released in Early Access they could literally re-release the game once they had an acceptable number of maps, stable servers, some actually good/balanced ranked and unranked modes, fix and finalize the basic mechanics (shields, bugs, balance, optimization all need a lot of work.)

They released in this state and then said nothing and did nothing for so long. If it was early access it would go without saying the game is being worked on... which would have been a good idea for Tri because apparently they think everything goes without saying. Well goes without saying that if u release a game that is basically alpha then go into hiding, people are going to stop playing the game...... but the devs already made their money right? So only the playerbase that supported them all these years has to suffer. Just get as much money as possible up front before everyone realizes these aren't even programmers. (Or game or map designers apparently. Sheesh made better maps when i was 10. Literally.)

That is why they didnt go early access. Sacrifice long term player retention and community reputation and cash out... they work on the game on weekends maybe

@Chizzler said:
These guys answered with their comment history. I doubt people with 3000 and 7000 comments on this forum have time for stupid girlfriends

Well no, i don't have the time to invest into a girlfriend, that's why i only fuck your mom once a weekend.
Also who the fuck are you

It would be obvious who i was if the devs weren't so ban-happy, wouldn't it?

These guys answered with their comment history. I doubt people with 3000 and 7000 comments on this forum have time for stupid girlfriends

Yeah hahaha i bet they never even spent years building a small boat in an old milk bottle, or learn how to tie their own shoes.

We will be lucky to get our second fucking map by next year you absolute nublet.

I'd fix those things before anything else...

Oh... and let's not forget the masses of smaller things, like a working and more informative scoreboard.

There is still SO MUCH wrong with this game. Can someone point out to me why they released the game unfinished OUTside of Early Access?

Players would immediately be able to relate all of these issues to the fact that the game is in Early Access and so when they see the game is released, they would come back.

But look at the charts now. Nobody even came back to see the first new map we have gotten from them since shitroads... wait a second.. that makes sense actually.