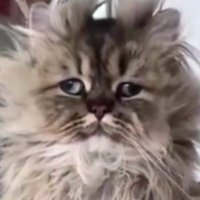 Have to agree with AMug, cant say it happens a lot to me personally but I see it happen way more often than it should and it is really annoying especially when you spend 20+ minutes in a game only to get kicked at the end and get no gold, no xp and all because of someone that is obviously trolling.

In the last few days I've played about 15 hours and been troll kicked 3 times, once because someone was salty I beat him to a horse, another because of a revenge kick after I tried to kick someone who was placing bear traps and blocking off our spawn on Grad invasion blue side and today I get kicked as the king on Grad invasion, the warden is already dead so the game would have ended as soon as I got kicked, very obviously a troll as I had 10% team damage which when fighting in close spaces as the king really is not very much.

Now these are just the times it has happened to me, being honest I would say that in about 20-30% of the games I play I see someone get kicked with no reason as far as I can tell, I see people with under 10% TD get kicked with no reasoning in chat, I see people get kicked purely because they are top of the leader board, see bards get kicked (Which I don't mind to be fair, bards are useless) and I see archers get kicked just for being archers, the problem is people just page up without thinking.
My suggestion would be that an actual vote kick does not get started until a single player gets x amount of vote kick attempts from different people so for a vote kick to appear like it does currently a player would need say 3 "reports" before a vote kick is initiated, this would not completely fix the problem but would help a hell of a lot.