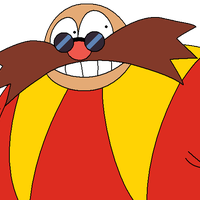 Yeah, when is For Honor mode lmao 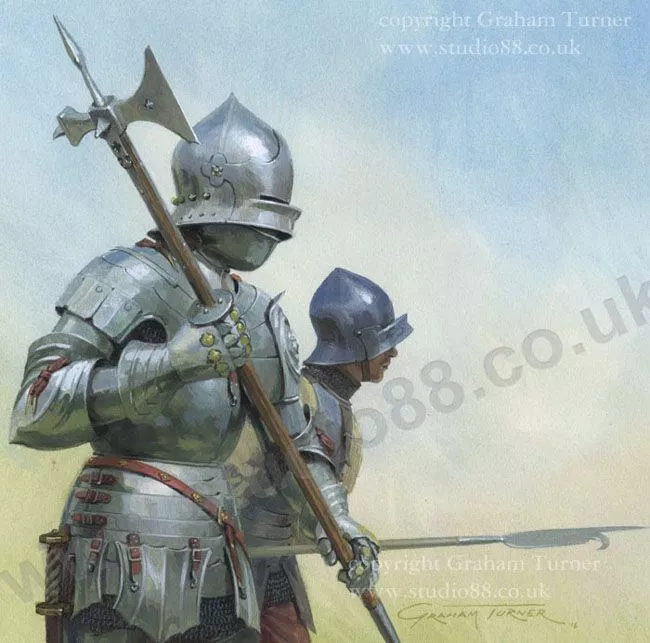 Pointed coventry sallet with real shaping to it. Arm harness with large couters. 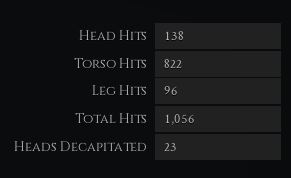 If I get them from enough players, then I will average them out based on the percentage of hits per body-region and thus determine the value of the armor pieces compared to one another so that we can use it as a springboard to suggest more armor reworks.

I dealt and received many insta-hits in duels after the horde mode. Not that the combat hasn't improved, but I don't know how they fucked the instas up and we'll never know because they're too lazy to write a changelog. 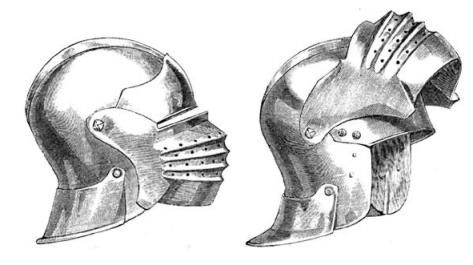 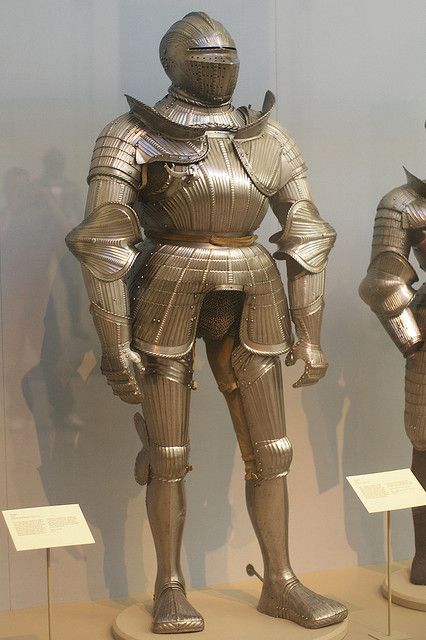 Maximilian helmet, arms, and legs with bearpaw sabatons to complete the set. The helmet could probably use the same armet base model.

I would totally fuck stouty's anus

@Lord Commander Guts said:
Capturing players would be an interesting new mechanic and add a little more depth than trying to kill the enemy. Would take superior melee skills to not kill an opponent and perhaps gain some bonus for you team capturing players.\

How would that even play out?

@renaissance said:
i would prefer having bouche shields be a reskin of the heater shield so i can actually use it in my offhand 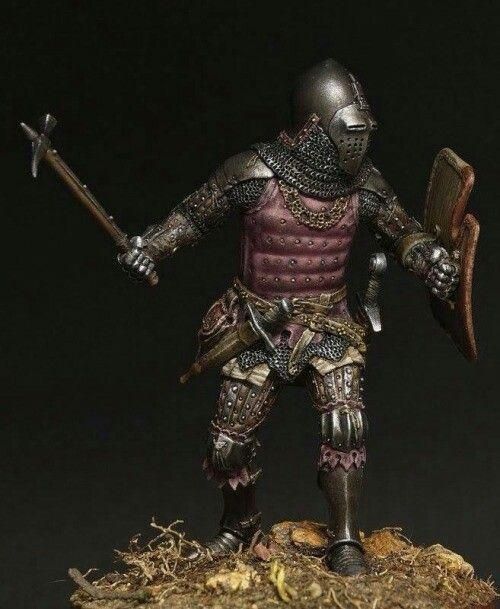 Shield variety and skins are pointless as long as shields remain in the crutchy state they're in. 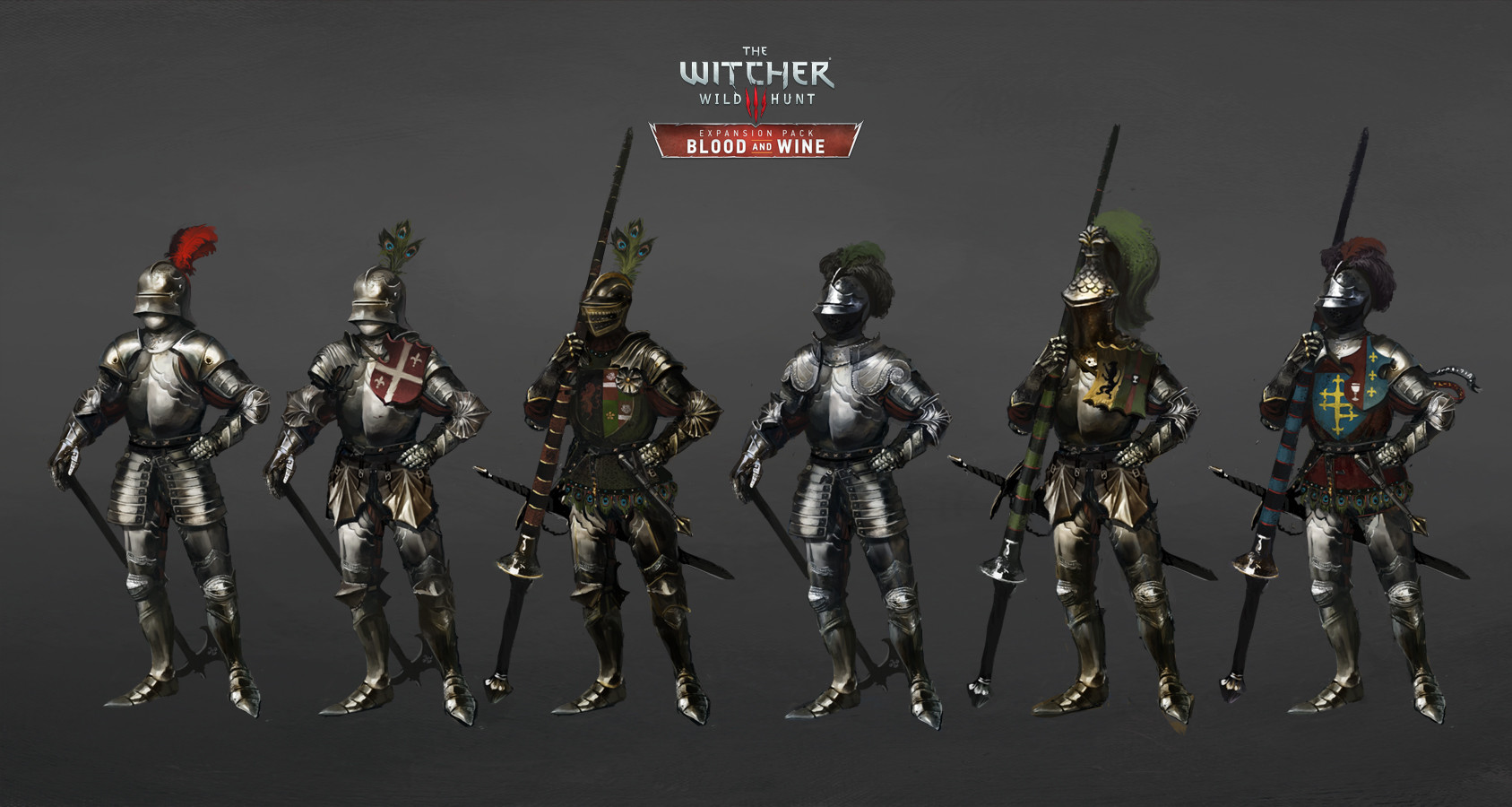 If I could have anything from this picture it would be the jousting shield as decorative shoulder armor.

I talked to the developers, and it seems that things will be more-or-less the same, but they're willing to experiment with push/pull intermediate objectives. My hope is that there will be creators in the community eager to replicate Chivalry's maps as soon as the tools are made available to them, and we'll see which format works better.

As for your suggestion Lobster, I really don't like the shooter influences i'm seeing.

I was originally all-for the two-sided nature of Frontline, but after playing it all day I understand the advantages of TO's linear system, because it's hard to realistically "undo" certain things after they've been accomplished, requiring the events leading up to the final objective to have little to no impact. You can't unkill the peasants.

What I think they should experiment with is having a variety of vehicles at the team's disposal that they can use to get through their enemy's defenses, like pushable seige-tower spawnpoints, cannons/trebs (could vary from map to map) to break down certain sections of the curtain wall, creating rubble that you can climb over into the castle, battering rams or bombs to destroy gates, ladders you can prop up, pushable cover for the attackers. It would be a true test of teamwork where a good team would be able to use all of these options to their greatest effect. Defenders would be able to repair any destroyed gates should the attack let up for too long and destroy the battering ram, forcing the enemy team to wait for another one. The seige tower could have a limited number of spawns before it stops working. Horsemen could sally out and kill the people operating the seige equipment or carrying bombs, requiring their teammates to protect them if they want to win the match.

Although this is ambitious for the stage of development they're in and I can't garuntee how successful this idea would be. The safest choice for Trit is to convert their frontline maps into a linear thing like Chivalry's TO. It's a tried and true formula that has kept us playing chiv for years, even when a player had no interest in mastering the game's combat. 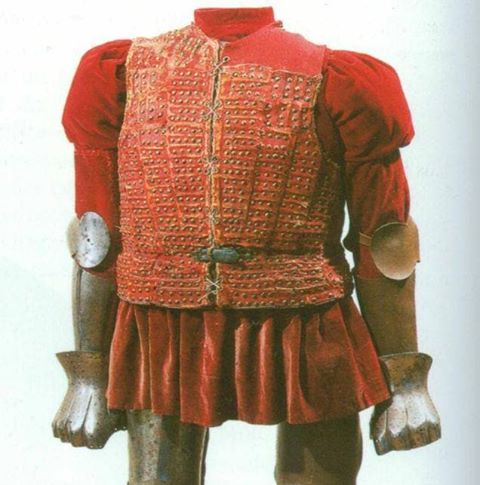 @Huggles said:
Only thing that can get annoying is full plate bois wearing long skirts to disguise the fact they have naked legs.

I sort of like mixing shoulder pieces and such on my lightly armored guys to make them more aesthetic. I think the upper body is very easy to tell in the game overall.

Hoods over helmets is also annoying, especialy since this game likes to reward headshots more than in Chiv. But this is mainly an aesthetic complaint, Huggles. I'd only restrict the big pauldrons, spaulders are fair game.

@Humble Staff said:
Imho, it's fine if not every helmet is perfectly designed for peak performance. It's also historically accurate the fact that not everyone in an army could afford the peak exemplar of a helmet model.
I'm fascinated by the odd designs that maybe the poor people that went to war had to improvise, sadly, there aren't a lot of finds and accounts of peasant armor.
Ian Lespina has this awesome video sbout the topic:

I suggested it before and i will suggest it again, maybe devs could introduce ugly peasant armor.

You misunderstand. I wasn't talking about the quality of the helmet design from a historical standpoint, I was talking about how two of the examples Bodkin posted are mass-manufactured for LARP/costume use and are bad examples because they lack the signs of something made by hand.

These are decent examples. The jack chains you posted were popular because they were extremely affordable, and mitten gauntlets would be worth investing your money into if you wielded a polearm because there was no guard to protect your hands should a weapon slide down the shaft; however, it was more likely that you could afford a coat of plates to protect your torso before you could get a full, articulated steel harness for your arms and legs.

The only historical picture you posted, Jean Froissart's Battle of Crecy, you don't see anybody with full plate arms without adequate torso protection. You can also see that many of the archers that are wearing lots of armor wear nothing but tights or polyns for their knees.

My statement about the customization was extremely vague, and I guess making a more helpful statement would require drawing the line at specific armor pieces. But I guess it's not enough of a pressing issue for the devs or anyone to care about. I'm just sick of players fudging their loadouts like this to give a disproportionate amount of splendor to their lightly armored characters, it's just shitty for the overall theme and asthetic continuity.

Try to steer away from cheap reproduction helmets, the first and last helmet examples are not good examples of the type. It's crap like that which got us the "templar helms" and the "coat of plates."