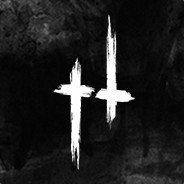 Apologies if this has been suggested before, but possessing the King the other night was such a blast, it gave me an idea. (While I was hiding in a corner at the insistence of my team.)

Warlord Mode: Every player has the chance to possess his/her own pre-customized Warlord (King). Specific tasks to each map will be made available to both teams. Warlords would have 30 points to spend on juiced up, unlockable items available only to them.

The players that have not completed the tasks will be transformed into squires and can do their best to help their Warlords . Each squire will be presented with a list of available Warlords on their team and can click on their name to become their squire. (Warlords may have more than one squire, to avoid any imbalances if there are more squires than Warlords available) When the Warlord dies, the squire has a chance to take over his Warlord.)

From my perspective, being able to possess a secondary, stronger mercenary is semi-groundbreaking, considering the complexity of Mordhau. This mechanic should be capitalized upon, rather than reserved for rare circumstances on one team in only one map.