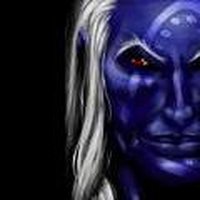 Yes, that is a very nice patch! thanks!

Thanks foir the patch! :)

Could someone please explain this one to me:
"Attack lunge now decreases gradually after 105cm weapon range (Longsword) - this means that the longest weapons now have the least amount lunge"
I totally don't understand what is this about.
tbh I just don't know what the "lunge" mean, and the translators are not helpful in this case...

I'm glad that you always provide a detailed list of changes made in each patch - thanks for that.

I don't remember all the exact numbers, so in some cases reading the news I can't tell whether given weapon was nerfed or buffed.
I hope that's not a problem and next patch notes will be a bit improved :)

You know there are like 4 tunnels allowing you to enter the Feitoria castle without using any ladder?

@Humble Staff said:
(...) ranged weapons are a special case, if you pick any bow from a dead body you get only a few shots (3 to 5 depending on the bow) and going to an ammo box only replenishes those, you can't go above it.

Also, when you pick up a toolbox, you can use it to place stuff, but in this case the stuff disappears as soon as you die&respawn.

@Mittsies said:
Everytime I use bear traps, teammates jump into them on purpose and die.

Why would anyone want to do that?
Do they also do it with fire?
The only reason I can think about is they want to detonate badly placed traps while it is safe and harmless for the team, in order to eliminate the threat of falling into those traps later when the enemies will be approaching and when it will matter...

@Cracksmith said:
You get a fixed number of equipment points to spend on perks and weapons. If you use them on heavy armor, you wont be able to use some of the bigger and better weapons in the game.

... unless you pick someone's weapon in a match.

the fact that for some reason I'm not able to use weapon alternative mode while being on ladder is something I can accept easily (even though I can see no reason for that), but

it's a bit annoying that when I leave a ladder my weapon mode is always the primary one. I have to always remember to switch it back to alternative mode. It takes precious time when there are foes waiting for me up there on feitoria walls...

Could we please have that fixed? :)

@Cryptic said:
The real issue is that they need to add markers for friendly bear traps.

I disagree. But that's off-topic.

Here in this topic we're considering changing the team damage points in current situation, that is assuming there are no markers. Whether beartrap should be marked is another thing, hence my link above.

@Cryptic said:
They should do a free weekend soon, especially since Christmas is near.

What would be the point of that when the game is still so unfinished and unbalanced that it won't hold any of those players?

The point of that would be to get more players for some time. For example, for few hundreds of hours per player, statistically.

@Cryptic said:
The real issue is that they need to add markers for friendly bear traps.

I disagree. But that's off-topic.

Maybe go to discord or some other community and find some guild/clan or just people who would like to help and play with low experienced players.

Make sure to know some basics like described for example here https://steamcommunity.com/sharedfiles/filedetails/?id=1757318692

I think most of us learned "the hard way", that is playing against better players. This is typical to online pvp games.

Make sure not to use the default control settings - I mean: determining the direction of attack by placing mouse cursor. Instead you want separate mouse button for each type of attack (swing from up, swing horizontal, swing from bottom, stab) and additional key that inverts the side (so that when you are holding it, the attack goes from left instead from right). Not sure if you already figured that out :) (personally I wasted too many hours playing "the wrong way")

@weaphon said:
how can i increase the number of equipment points

Not possible in Mordhau. This limitation applies for all players/loadouts and always, no exceptions.

(Although, maybe it's possible on some community modded servers..?)

EDIT:
now when I see this topic address: https://mordhau.com/forum/topic/20343/i-saw-players-who-used-both-armor-and-halberds/#c7
You can pick up any weapon from the ground when killed player drops it. Regardless the limitation.

Rent a server (dedicated machine or VPN) - look for the ones in your country, or near, to get the lowest possible ping.
Then, simply use mordhau docker (it's relatively easy): https://hub.docker.com/r/cm2network/mordhau

@Goof said:
No, people need to learn not to step in muh traps after seeing me place them in the exact same spot a dozen times before that same match.

That is 99% of the Mordhau population.

(I was sure Goof's post was just a trolling, but since you answered...)

If teammates steps into someone's trap dozen of times in a match it only means the trap is badly placed.
Therefore, someone who placed it that way, should be vote-kicked due to high team damage.

It's like saying that "it is enemy's fault to fall into your trap, so you should not get kill/points for damaging foes". Whole point of bear trap is that it only makes sense because people are busy fighting/looking for enemies so they don't pay attention to the ground. That is natural and hard to blame.
If someone places a trap at a spot that is likely to be entered by teammate as well as enemy - this is stupid decision, and it is trap owner who is to blame. This is often the case.

Having said all that, I believe there should be negative points for teammates falling into trap, similar as with fire (IIRC). Kill counter should not be affected, let the votekick system and the percentage damage do its job. (Yes, I know votekick is not very handy at the time being, but the beartrap-trolling isn't that common either...)

I'm glad I have not read the forum prior to buying the game. If I did, seeing all the complaints, I probably wouldn't buy. Now with ~550h gameplay behind me I still enjoy it and consider it one of the best deal I made. It's like 0.04 EUR per hour of fun.

But what am I looking now at this topic? Some complaints again, about the people who didn't buy. I wonder why didn't they...

@esturias said:
Just think about it: Why should the normal people have to mute the toxic ones while the toxic people can keep spreading the toxicity?

Because toxic is the new normal. Adapt.
Also, because there is a cost to introducing a police that would watch all servers chats and react. And as someone said: trolls would be very happy to fight the police every possible way, it's what they like to do, and we would all have to witness that shit. I'm afraid ignoring them is the best way to fight them.

Mute button isn't perfect, but I'm not sure if there is anything better?

btw. playing without chat is quite fun (you can turn it off in settings)

Some of the servers seem not to display the last map in the voting screen. I guess that is configurable. Would be ok to have this on all servers perhaps?