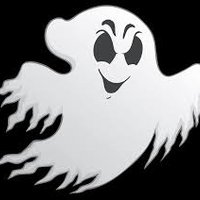 I think it's some sort of bug, I've had it happen to me about 3 or 4 times over the past few months, I just put it down to lag or maybe my weapons hitting someone throwing an attack behind/near me and I'm somehow getting a clash off it (probably unlikely) and didn't think much of it.

It's like he's getting a clash, off the opponent's parry. The same thing happened to me.

The best map so far.

It's the kind of map I think everyone expected to play in a 'main game mode' on Mordhau on release.

Can't really comment on balance in regards to what team has the advantage, but the map is awesome. Played it last night and just had a really good vibe, fights were going on all over the place, people flanking around all the different access routes etc.

Only thing it could really use is some more sound effects, make it more atmospheric instead of just the normal parry/hit sound effects and all the foppish laughs.

lmfao that should be an emote

@Lincs said:
Proud of you guys, you stayed calm and handled both of your big launch hurdles professionally. I'll be finally logging on to farm some peasants this weekend now that my finals are done. Can't wait to see what the next few months hold!

@•҉Ɓaron voŋ Moorland said:
Sure we don't get that rewarding feeling at the end, though we've been told it'll all be gravy and we might even get a little treat for being so understanding. Thanks for the great game!

God you can produce some inspiring lines of text Baron

oi can u two sotp being so respetful and understanding

@crushed said:
way more people playing than we expected so we're a little short on server space and we're working with our partners to expand with the demand.

Thanks for all your patience so far!

PEOPLE CAN BUY IT

I hope after release, if things go smoothly you guys can take a well deserved break or something.

Seeing this game evolve and change into what it is now is amazing, I was always skeptical about how much humor would be in the game, as it was a big part of what kept me playing Chiv.

Just utterly sold it with the voice actors, the lines, the emotes, cosmetics. Slap that on top of great gameplay and it's something that's gonna endure.

I finished it a few weeks back, had same problem

@owen said:
did u try rmb

Ya anything over 60 sucks ass

Maybe it's the servers location? I play on Australian servers and I know I get like 40 ping on servers hosted in Melbourne and 60 on Sydney, this is going off privately hosted servers and bad memory

What can you do about it though I don't know.

Are you playing on a wired connection?

I don't know fuck all about fibre, but I upgraded to my service providers fasted fibre, and it reduced my ping by about 10 in most games mainly Chiv & Mord. So theres that I guess

Liked your video and what you discussed, fat vape hit gave me a good giggle thanks for that.

This is a topic I personally haven't even really thought about but I see your point, back in Chivalry though, atleast for most people I know choosing Mason or Agatha was either

But yeah, so far, it's kinda blurry, in Mordhaus Frontline it's just the red team or the blue team. There didn't seem to be any incentive to join one or another, besides balancing teams. I know the developers try to convey the fact YOU are a mercenary, you pick who to fight for etc

I couldn't care what team I joined because there is no real difference to me, it's just a color scheme and a different spawn/approach to the map.

Think it's fine, in my opinion, I don't think this game needs too much lore. Was hoping there would actually be more than two factions you could join, 3-4 factions on a map etc, anywho, yeah lore and a bit of history in a game is always appealing and I hope the developers throw a bit of time at that at some point. But the way it is now, I honestly don't think 95% people will care about what team they join tbh.

but when can bot read drag

Agree with most of what you've said.

Yeah ranged weapons are too common, think everyone gets frustrated getting killed by a projectile in a gamemode where you have one life.

The map border/zone thing needs to move a bit quicker, too many people seem to just fart around on the outskirts bonking heaps of boxes.

In general it just doesn't feel very unique besides the fact the gamemode is in Mordhau, there isn't too much to force or add incentive for players to congregate in a certain place, or be in any real hurry.

Some chests containing good items, or some sort of bonus would be good.
Bunch of bots that spawn around a chest or something

backers should just get what the rewards stated

cant fart around with rewards too much

still heaps to do to improve the actual gameplay tbh

all the aesthetic shit can come afterwards, customization is already great

Have you tried reinstalling the game?

Are your graphic card drivers up to date?

What anti-virus do you use?

What are your PC specs?

I'm not very tech savvy, but answers to those questions might aid someone who is.

Your guys thread about current information is great Sir Zombie, but it's a perfect example of how the community itself has to somehow hoard information. Instead of the developers posting a thread in the ANNOUNCEMENT forum, about what's going on at the moment.

Don't get me wrong, that thread was interesting but the developers need to take a few minutes, hell that's all it takes, just post a candid bit of info about how they are doing in the ANNOUNCEMENTS forum, to let us know things are happening and what we can potentially lookm forward to.

Absolutely not an advocate of developers hiding/containing information about future updates due to hype etc, we just want communication and a bit of a young update guys.

Not about keeping the hype going, just letting members of the community/people who support your game know how it's going so they actually visit your forums, instead of cases like mine where it's just like "why should I bother?"

Sure you're busy but a bit more of a shit yarn in the announcement forums would be good guys. Can't take that damn long to write up some sort of update/info about what the current story is.

Keep us interested. This sort of gap between solid info is what keeps people uninterested.

Up to you lot.