Skijavoneska is Serbian (Slav) sword from 13. century. One-and-a-half hand swords emerged in the later 13. century as a new form of long swords, adapted from heavy steel armor battles that rarely used shields, requiring modified swords and new, more sophisticated sword techniques. Single-handed swords (blade length 75-110 cm, usually about 105 cm) were longer than single-handed swords (40-80 cm, sometimes a meter), but shorter and lighter than heavy double-edged swords (120-150 cm, some two meters each) The Skijavoneska swords could be guided by one or both hands, but sources say that the techniques were usually performed with both hands, which is why they are often classified as double-edged swords, and better techniques were practicable with both hands than previously single-handed or heavy-handed swords.
This sword is used in Kosovo battle 15. or 28.6.1389. Kosovo battle is battle of Serbs against Ottomans,where Serbia wins and stops the Ottoman invasion of Europe...
A very important sword if you ask me. Glory to the fallen heroes and the Serbs!!! 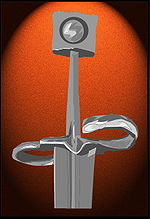 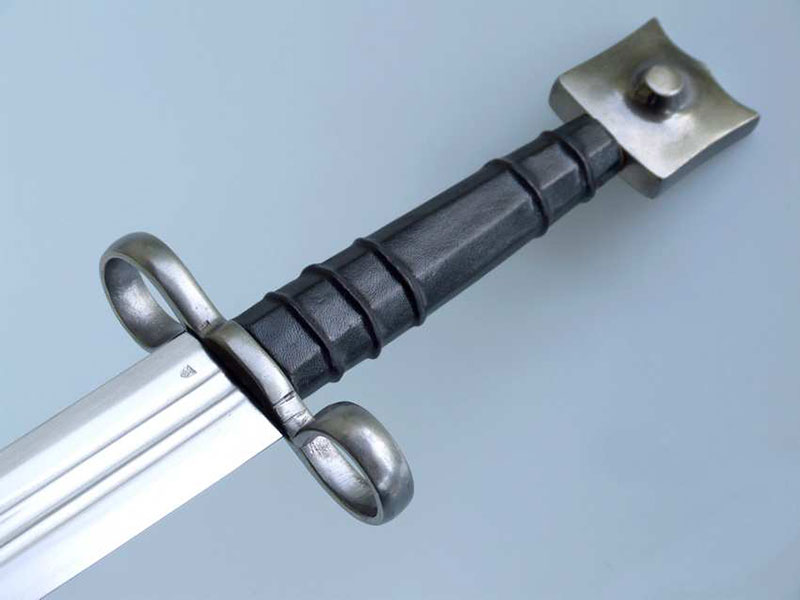 That shape in S, up above handle, is used to turn the opponent's weapon aside for a moment or to trap enemy sword.
I that case you will have chance to strike and kill your opponent