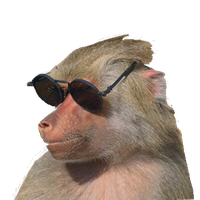 Another steampunk movie/book was Mortal Engines.

Watched the movie and its an actual disaster, it was such a cool setting too. These massive fucking cities on wheels with this amazing world to learn about. Never read the books but I can tell you the movie was actual dogass.
The story was all over the place with random plot lines, unexplained events, trying to make you feel emotional for characters dying even though they were introduced minutes before, the only good part being the first scene, and overall just a lack of explanation. I know that its based off a book and the argument is: "you should've read the book, dumbass" but I never needed to read the harry potter books to understand the movie.

It seems like the people who defended the game now are starting to lose hope for this game, its really depressing but theres nothing we could really do about it.

I love this game but you guys know that unless the devs get things together its not going to survive to 2020.

Honestly, one of my favorite settings in anything is 100% 1920s Fictional Exaggerations, or SteamPunk for short. Theres this weird sensation of seeing 1920s versions of modern stuff.

I've always followed any game that has a Steampunk feel to it, but just recently it has rose up again because I just got done reading Airborn by Kenneth Oppel.
To sum up its settings it's essentially the idea of what if planes where never fully devolved and airships reign ruled over the skies, this of course never happened and is impossible to today's modern findings and physics. There is no element good enough to carry TONS of weight and actually be used.

This book is quite fantasy more than Historical Fiction, The oceans all have been renamed. All ending with -itcus to make it sound Latin (Pacficus, Alanticus and so on). The author has made a new element to explain the rise of blimps (Literally and Figuratively) Its called Hydrium. (Hydrogen + Helium).
This element has a weird Mango scent to it and has extreme lifting potential, so Airships were fully developed for Cargo, Transport and even Piracy. Also as a fun fact it references Leonardo Da Vinci's Ornithopter, which is more of a propelled flapping plane in the book.

The story of it is phenomenal, goes in depth on visuals and overall is OUTSTANDING
I totally recommend you give it a look

Alright book aside, I truly wish there was more Steampunk and 1920s Airship era games and movies.
A lot of you probably heard of Guns Of Icarus. It was a good game but never really satisfy everyone thirst for a Airship game.
Game did well and it died out not too long.

This same treatment goes on with alot of games like this, Worlds Adrift, "AIR" by the makers of PUBG, Airmen (wow theres alot of AIR in titles huh?) and a few more.
Its really sad but its also a very Niche setting like Mordhau.

So how do you guys think of Steampunk?

@Goatie said:
I've personally moved onto pubg with a few others and will only open Mordhau every week for one small session to see how things are changing. I just got too bored and frustrated even as a passionate backer. The game still needs a full year or two years of changing and overhauling to reach its proper potential in the genre and I just don't know if it will get that treatment.

they released this waaaaayyy too early

Thankfully were getting another one maybe this week or 3 so lets just hope for the best :)

@AngelEyes said:
Just out of curiosity why are you so obsessed with the player numbers?

Nothing is going to bring back a substantial amount of players, not even new maps. I would be surprised if Mordhau ever sees 15k+ players ever again with exception of major sale/ free weekend.

Ranked is just for retaining the sweaties. I feel bad for everyone who thought ranked comp would bring "everyone" back (Heard a streamer say it) .

It's a real shame the SDK wasn't at least partially finished before launch because I feel that was essential and sounds like we have a year at the very least to wait for that. Mods could be the very life blood of the game

I get people believe that the devs made the game with the idea of for chiv vets by chiv vets, but like theres so much more this game can do.

If they just appeal to hardcore sweats who are delusional enough to think they're good because they abuse the broken shit in this game then its just going to die out like chiv again.

I really really really want to see this game succeed but right now its just a bunch of toxic, racist edgelords that wish for nothing more than cosmetics to make their OC even edgier. Abusing the hell out of anything requiring the least amount of skill.

Catering to the small fan base is just going to let the game die out again because not even the most hardcore of fans will have fun. 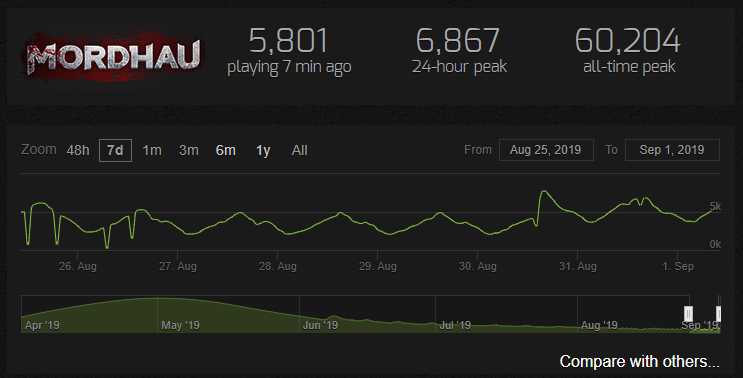 So some of the playerbase cameback, yay :)

but uhh... alot less than I expected, the full patch with all the new content either coming the next week or 3 will probably bring back more.

If not, well it was nice playing this game

Cause fuck the toxic edge lords

Using my internet psychology degree and years of experience studying specimens such as yourself, I can confidently conclude through intense psychoanalysis that you are mad. 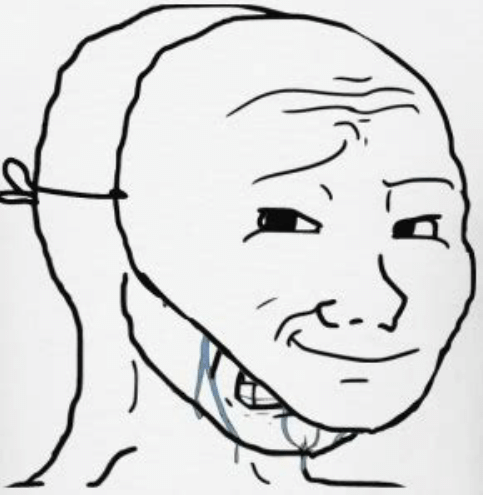 Cause fuck the toxic edge lords 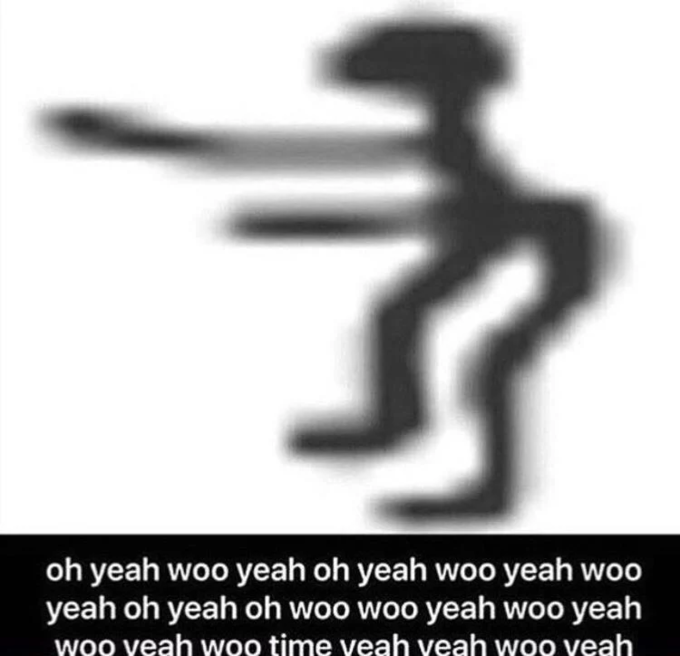 @ToLazy4Name said:
Are you ok friend? You just responded to 3 of my posts with the same image and then PM'd me that image 4 times.

@CarnifeX said:
By far, the lousiest Developers i ever seen the last yrs...
You Guys cant excuse the actual State of the Game and the endless Shit we Players have go through, just because we didnt get Hotfixes.. you f*in cant excuse that!

fuck i regret every cent...

Is this a rehearsal for a melodrama? Come on... pull yourself together and clean your eyes! This is not a triple A studio and I'm sure devs are doing their best, granted I would prefer a more fluent communication and less enigmatic 1 month silences

Yeah its bad but its not that bad

@ToLazy4Name said:
das you continue to astound me by never making a single bad post, which is saying something because you just explained business and taxes to a retard in a manner that an ancap finds acceptable

Dude you're like the Anton Ego from Ratatouille of the forums my guy.

@ToLazy4Name said:
this weirdo kept PMing me about it

or ya know he could just be asking nicely, no need to call him a weirdo

You're probably a weirdo alt as well

@CazzyVR said:
This... this shit. I'm putting it forth, Mordhau Community is more Toxic and Unfriendly then even the Undertale Community

hoes are so mad that they changed their avatar and name

"im so cool, im a complete asshole to people asking for help. This is because so I can cope with the sadness, im really edgy and think im a complete baddass."

@CocyxTheGaySkeleton said:
if u've ever played CSGO in it's early stages you'd know it was a total fuckin disaster and a lot of pros wrote it off as a failure before they patched and reworked it to hell. it's now one of the best FPS's ever made IMO. i think mordhau has the potential to go thru a similar transformation, it's just a matter on how hard the devs are willing to work and how much resources they're willing to spend. but the potentials there!

@CocyxTheGaySkeleton said:
mauls feel so powerful because 99% of maul players just try to score the cheapest hits they possibly can and are constantly playing a flanking game to hit ppl in the back of the head unexpectedly. they have no interest in actually engaging a fight, they want those 1 hits. it's basically like a tf2 spy class. lol

True, honestly even in Duels its pretty good. Many will argue that because its so slow that its horrible, those people are the people who havent gone against a actually decent maul player.

My experience using it, utter bull shit, its a two hitter quitter to any armor, one hit head shots to add and its fucking ridiculous how good it is.

Mauls pretty good, might be slow and easy to gamble but if you're good enough its a pretty stable weapon

By then id probably quit the game and playing GreedFall instead

@Jax said:
The thing is the SDK will take a lot of resources (ie manpower) to get working, it doesn't make sense to do it before having a more acceptable amount of base content - if we dropped everything to work on it now, we wouldn't have the content. Working on it post content-update, we'll have more stuff in game that will make the small official content drought more bearable than now.

Stop justifying your fucking moneygrab, grab your balls, stand tall and tell everyone that you have enough money to not to care about the game at all. Can't believe that devs still are like "we are low on resources" after getting that much money.

exactly, i thought the same about this - when devs dont care about player loss, specially this very very huge play loss, they seems dont give a fck about the game/community itself - my opinion.

I was still putting 15 hours a week into Chiv when Mordhau dropped, and it "only" had 1k peak players at the time. I'm glad Mordhau sold well enough to support long term dev goals. Ranked and SDK appeal to long term players like kick starter backers, indie devs, and the competitive community.

I don't understand the rush to save the playerbase when it clearly was not the devs' intention to cater to the swarm of casual players who tried and didn't like Mordhau. Degrading the devs of a game you enjoy is not supportive or even respectful. It's unrealistic to expect Triternion to transform their development team overnight to quell the whims of impatient gaslighters. Y'all need to stop acting so entitled and accept that the devs are only human, not money-powered patch dispensers.

Yes, but most people on the forums are the small playerbase it is now and wants this games potential to be better and actually used.