Recently i moved to live in the university capmus ( new internet access point ), And when i tried to find servers i couldn't find any ... the loading icon keeps rolling forever, the same thing with queuing for game modes.
but when i used mobile data there is no issue, everything works as intended, therefore the router/ISP is blocking some ports or services and my question is, can i be able to play the game as before, is there anyway to fix this locally ? considering i have no authority to touch/access the campus routers.

This message is dedicated to my fellow duel servers players.
As a loyal mordhau active player, i want to thank all the kniggas that i had dueled since the launch. for their competitive, hardworking mindset, and for their manly combats. i also want to thank the griefers because for me they are like tv publicity, i can't deny the fact that they are annoying as hell and sometimes ruin some good ripost combats, but they come from time to time to give your overclocked sweating brain a little pause to rest and sometimes have a laugh.
I've been playing competitive, steep learning curve games for my entire life such as dota 2, except i was tilted most of the time due to the unforgiving gameplay and match duration investements, but the thing special with mordhau is it's community, it is indeed a small one but also a homogeneous one, creative players full with humour and hilarious toxicity. mordhau is where i compete, tryhard but i'm also having fun loosing my virginity to a level 200.
I'm not ashamed to be proud of you and call you the best community i've been a part of.
THANK YOU.

PS: i'm not dying of cancer, and this is not my last confession. at least not that i know of.

Can't believe you made a topic just so you can vomit.

@FΞNIX said:
I suppose the website is hosted locally in a potato pc and mediocre bandwidth, defenitely not a dedicated hosting service.

That's quite a silly statement.

Can you please state why ? Enlighten me.

I didn't think I'd actually need to, but I suppose you need a bit of a hand.

Thanks for the explanation, but i still think badwidth/machine hardware does matter when website is on mid-high load, and of course a potato pc will just work if you're working locally or very few users access it.

millions of people use nginx and of course its gonna be a lunix based system, but why is mordhau's forum is the only slow cdn ?

@FΞNIX said:
I suppose the website is hosted locally in a potato pc and mediocre bandwidth, defenitely not a dedicated hosting service.

That's quite a silly statement.

Can you please state why ? Enlighten me.

@Antoniokontos said:
i only play wow and Mordhau now days i dont even have friends who play Mordhau so it doesent bother me

It's hard to make friends in mordhau's community, but when you do it makes the game double fun to play.
imagine i've played with a dude who seemed cool and very friendly despite the current toxicity levels, until this day we litterly don't chat on steam/mordhau, we just use mordhau's sound emotes and we manage to have a fairly complex discussions in-game, oh man this game is fun [medieval wars flashbacks appears].

If interested join my EU/NA mordhau clan's discord, you'll meet great people and enjoy the game, if not add me on steam i like meeting new people.

We're struggling here with servers ping to be playable, adding voice chat will make this worse by adding some extra load on ping, especially if you want a voice chat with an acceptable audio codec. 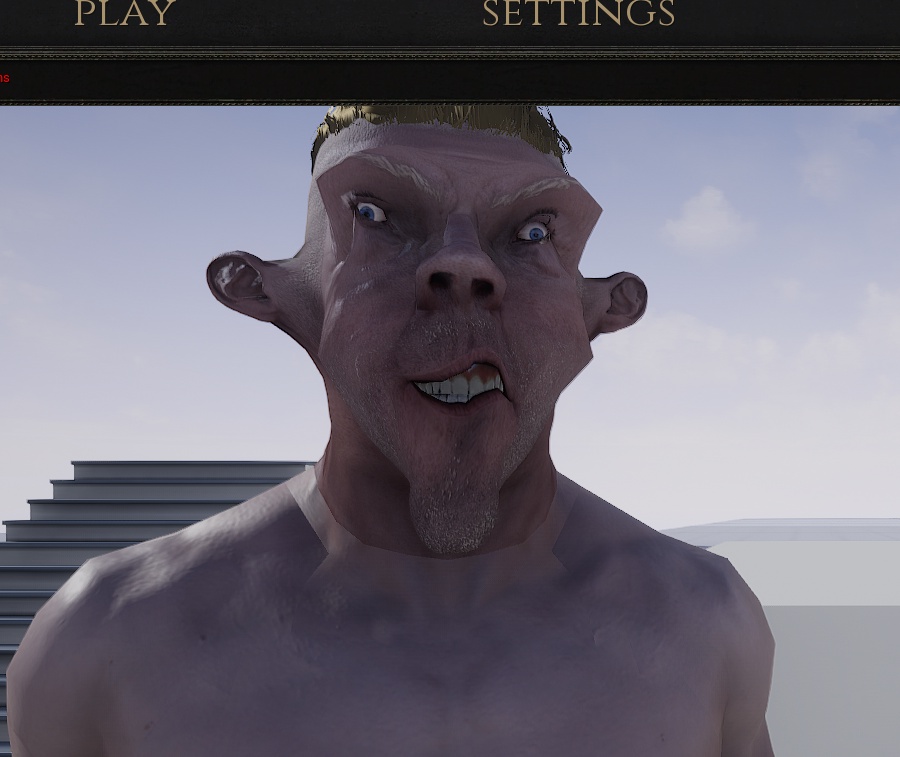 If you give me the .ini i'll worship you for one day straight.

Whenever i launch Mordhau and joins a server, the game freeze on server selection screen and i get kicked, therefore i have to reconnect a second time to be able to play, my rig specs aren't bad.

I'm i the only one who's dealing with this issue here ?

bitch stfu, sorry had to get that out of my chest.

I suppose the website is hosted locally in a potato pc and mediocre bandwidth, defenitely not a dedicated hosting service.

why are you gay ?

That's litterally the least important in-game fix i've encountered so far, I'm not saying your request is bad ... it's just not the right time.

@Layla said:
that is how bad is the state of the game.

And I think it’s fun to ridicule people who post grammatically incorrect statements. So please, stick around.

The title itself is wrong, "KEEPS DYING" ... Death is a property that happens once in a life time of an object.

Alright if we go by your logic which says :

@Layla said:
It is more fun to make fun of the game and the playerbase than to play the game that is how bad is the state of the game.

And considering the current playerbase is at around 6k, bring me at least 6k or more people who enjoy making fun if the game and it's playerbase, if not .... then by mere logic we can clearly conclude that playing the game is more fun, because most people who make fun of a game in general tend to suck at playing it, to avoid feeling the guilt of been bad they tend blame the game instead and this is due to the lake of self awareness, i don't blame you Layla for thinking this way but this doesn't mean your argument is valid.

Imagine if Captain America didn't go for a shield.

Sadly my english vocabulary doesn't allow me to compete in this thread. [speaks while closing google translate tabs]