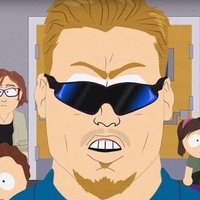 Or just don't run a Windows server. Who would do sucha thing?

Won't matter now that the game is dead.

I see what u did there. Mixing the Yoda quote with legolas picture.

Do you always read the whole wiki before buying a game or are 5-10 minute videos of people pretending to have fun enough to convince you?

I guess it's intentional. Look at the game.

Pretty sure that every weapon is a main counter to heavy armor.

Most bladed weapons don't have Issues with 3htk. If we can make 10 weapons stronger and the maul weaker, I'm all in for it.

This guy might be new and I'm sure someone already said: "hey, ur new, stfu!"
But he has a good understanding of balance unlike most the people on these forums, admin team, and he'd just do fine as lead designer, you should attempt to hire him.
Pretty sure most of you live in denial and the guy is 100% right.
Spiked gloves next patch?

@Eldainss said:
Increase stack size on: Smoke bomb, Fire bomb, Trap, medic bag etc... 3 of each.Remove all the "refill crates" on maps, and instead give that as tool option for engineers.

This is pretty much the only thing I disagree with you on. Fire bombs are already a problem. Traps are fine. Take 2 traps or 2 bombs in loadout. Also Engineers shouldn't be necessary for ammo refill.

*Remove the "huntsman talent"...archers are fragile as they are.

*Reduce effect on Blood lust by 50%...(it is not a vampire vs vampire game)...(possibly even removed completely).

I'll sign that. Bloodlust has been stupid, since I first read the description. You don't need a PhD in game design to figure out this perk is broken. One of the first things I compained about in these forums and one of the topic I like getting back to.
To me it would have been a good perk for horde or any PVE hack n slay game.
In PvP however, it just increases the skill gap unneccessarily and ruins the game for new players.
I'm pretty sure new players could get way more kills, if there was no such thing as bloodlust.
People, whose sole strategy is to get as close to the enemy spawn as they can and keep as many of them busy as possible, will have a harder time without bloolust and would really need to play smarter.
Right now this game in FL is just about who can lock down the spawns more efficiently wtihout giving the enemy room to breathe.

Instead of fixing the game, they are throwing crotches and plasters at it, for example they removed the hitstop just to reintroduce it, they completely ruined (2 of the) shields, and ignoring any advice that comes out of the forums.

I think some of the developers have a rather short attention span and prefer to scroll through the meme feed on reddit, rather than searching the forums for ways to improve the game.

To me the Game felt like a very linear COD campaign that pooped out a multiplayer mode without much effort put into balancing actual things.

Can't wait for the day I get banned and the millions of threads of people who miss me.

@Turrican said:
On the other side it should be impossible to block any attack from heavy weapon like mauls, war axes and so on with any types of knifes and cleaver. Thats bullshit and annoying.

Bruh are you for real? Delete pls before marox sees this.

Other games, especially "battle royale" genre, have mechanics, that force you back into the fight. In Mordhau, it's when you're really far out of the map, but what if that zone changed dynamically depending on the time of the player being alive? It should have a visual indicator, like a battle royale bubble. Also, it shouldn't decrease too quickly in size, so that it only hits the guys that don't really move from the spawn for quite some time. Lutes would have to play for the opponent aswell and risk getting killed.

In the current state of the game, I don't think such a bubble is a good Idea, mainly because it's too easy keeping a team busy in their spawn in glorious and totally honorable 1vX bloodlust fights, abusing the hitstop mechanic again. If we didn't have spawnkilling vampires, the bubble would be a great mechanic to force people to the checkpoint that's contested or the current objective area.

If there was a mechanic that prevented people from pushing the spawns too hard, the bubble could also have a place around the current checkpoint.

People said they were too hard to use, but I, a true chad and shield user, thought they were just right and fairly intuitive. That's the beauty of differing playstyles and skill sets, right? But Mordhau isn't about encouraging different playstyles and tactics, it's about forcing you to play the meta. So gay kick stun got added and shields became stamina whores that had a magically massive parrybox. Gay.

I'd rather the devs give up AND NEVER TOUCH SHIELDS AGAIN than take shield advice from anyone else here or worse, the comp players. I'd rather shields stay as useless as they are now, than be reverted into even more useless noob crutches.

Bring back Alpha Patch 14/15 shields or you're gay. Or just leave them alone, you've done enough damage to my babies.

I'm intrigued. I'd like to see any footage if there is some and you're willing to dig it out for me.

I think we should have more info like for example

(# means NUMBER or AMOUNT for all the noobs)

Connection time is important because a guy playing on the same server for 1-2 hours is probably not provoking teamkill battles.
It also helps with people that join a server and start random kickvote. If they're connected less than 5 minutes ago maybe people vote no.

Team damage % can be very misleading. Cata players get kicked occasionally and basically anyone that kills a teammate by accident, if the % number is above 15 or 20.

I'd take the castle over that ammo house any time. Agree with everything you said lion.