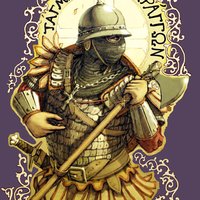 Parry this you filthy casual

In a fantasy-ish mood. Alot of fun to play with them. 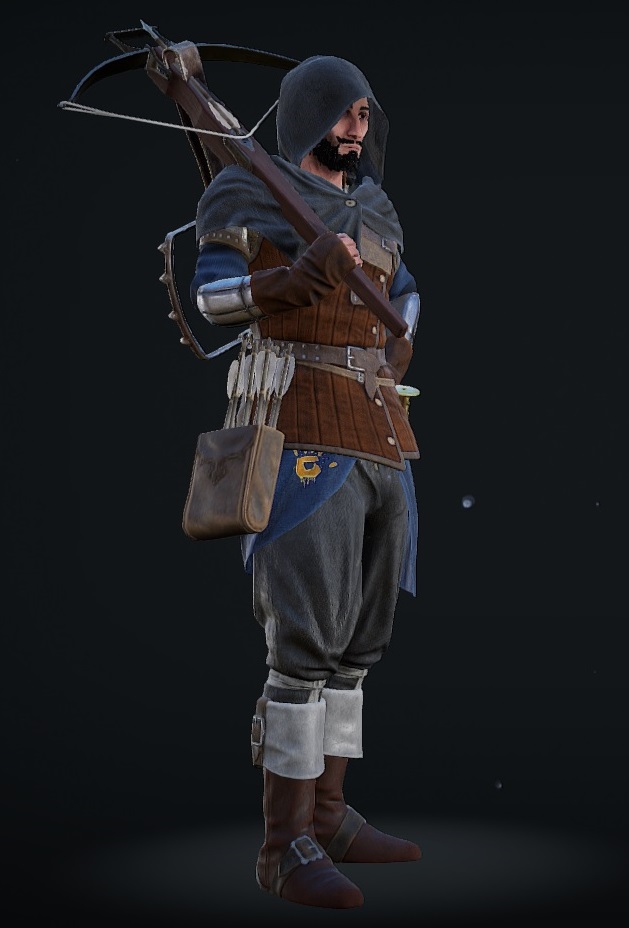 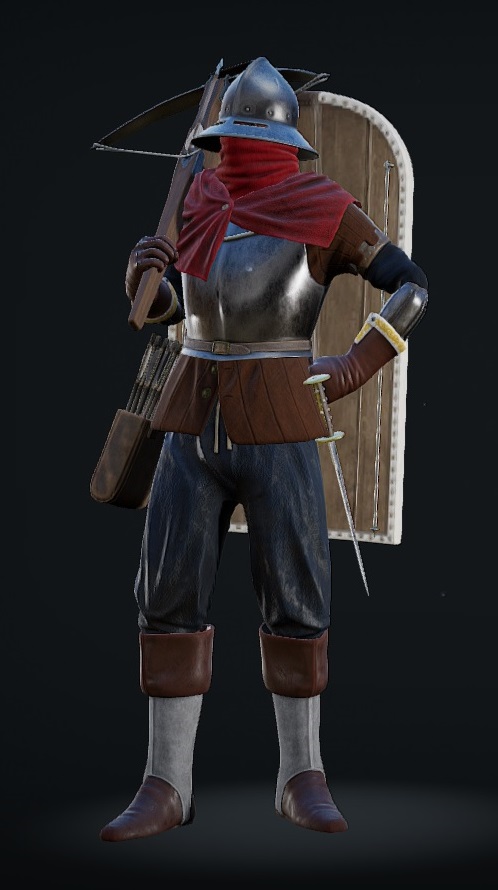 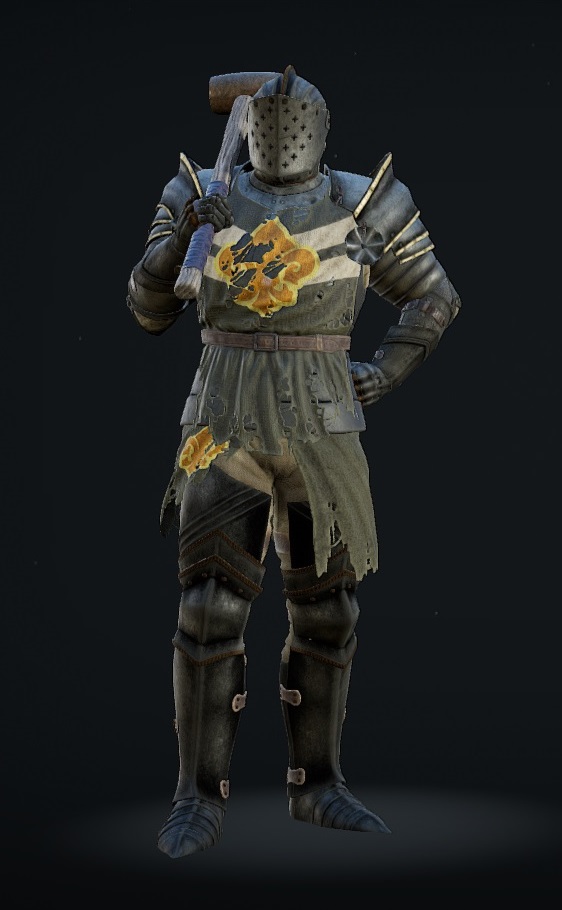 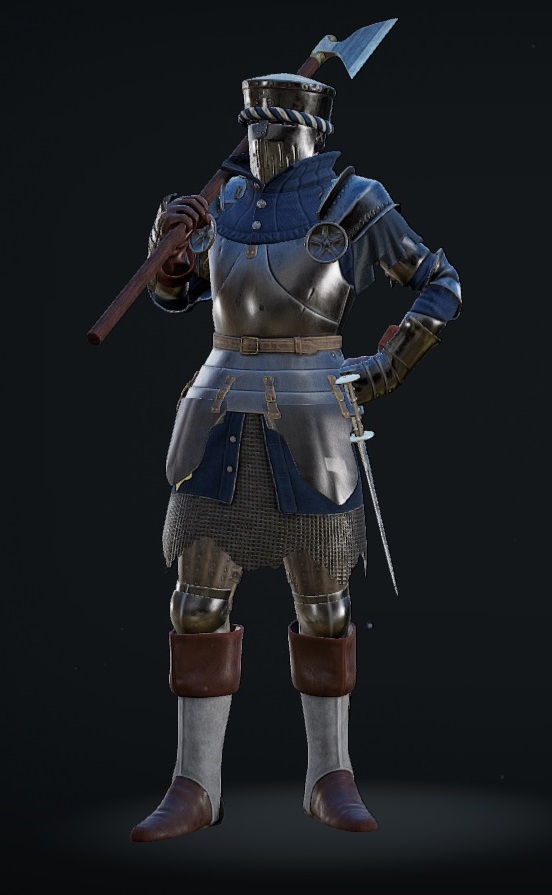 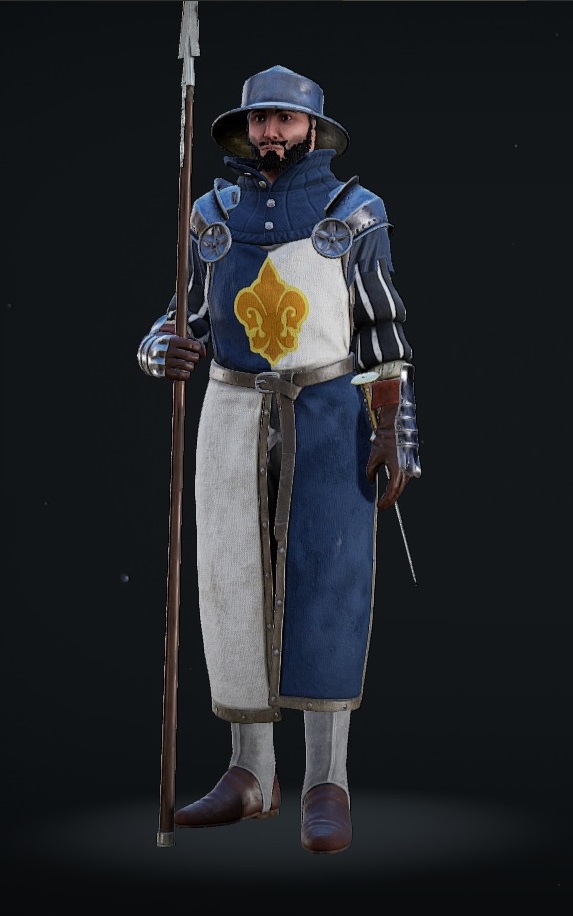 I despise how much damage it now puts out and how helpless I feel despite full T3 when dealing with multiple accurate archers. Shields are NOT AT ALL an archer counter, other wise I wouldn't complain.

I was writing about the feel, animations are better now. I do agree, to an extent, with you. 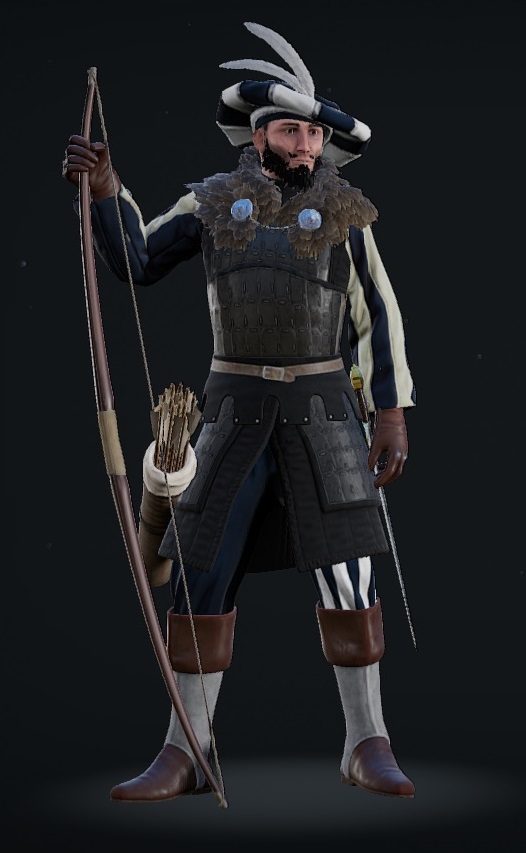 Matchlocks are not going to be a thing because 2h elitists will cry. However, with modding I am sure that on community servers we are going to see them.

The only viable option would be to make the matchlock a skin for the crossbow.

After the media making a fuss about toggable female player models, how about making a toggable musket skin for the crossbow? 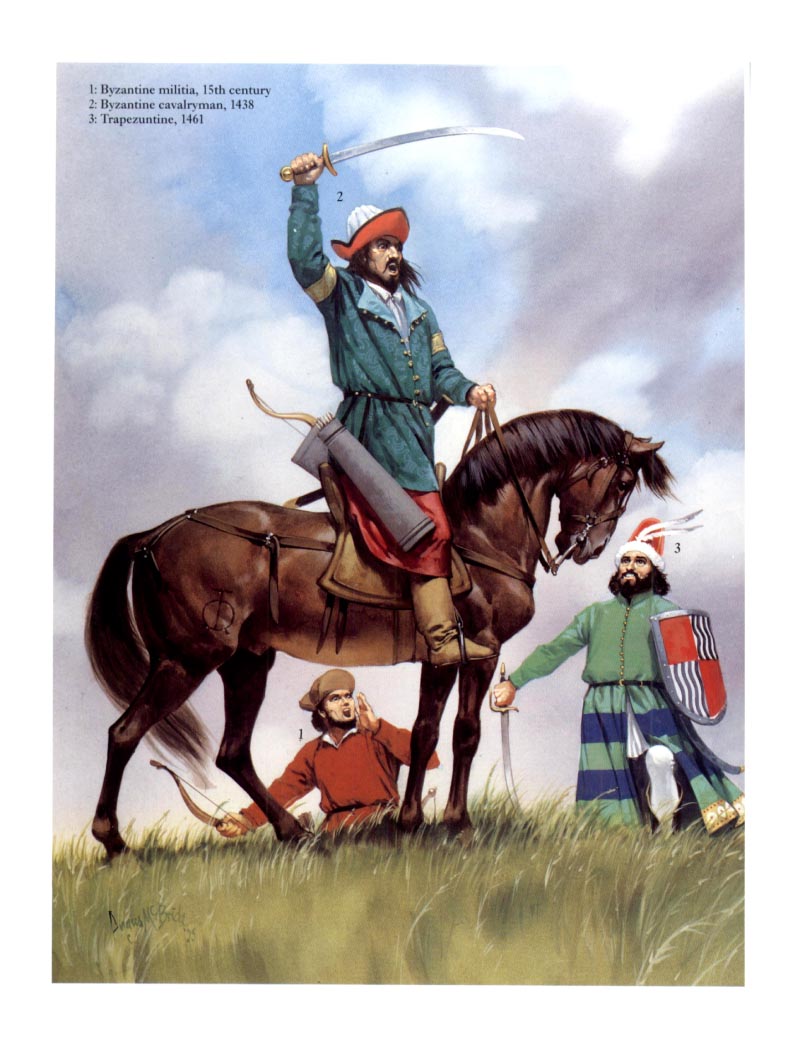 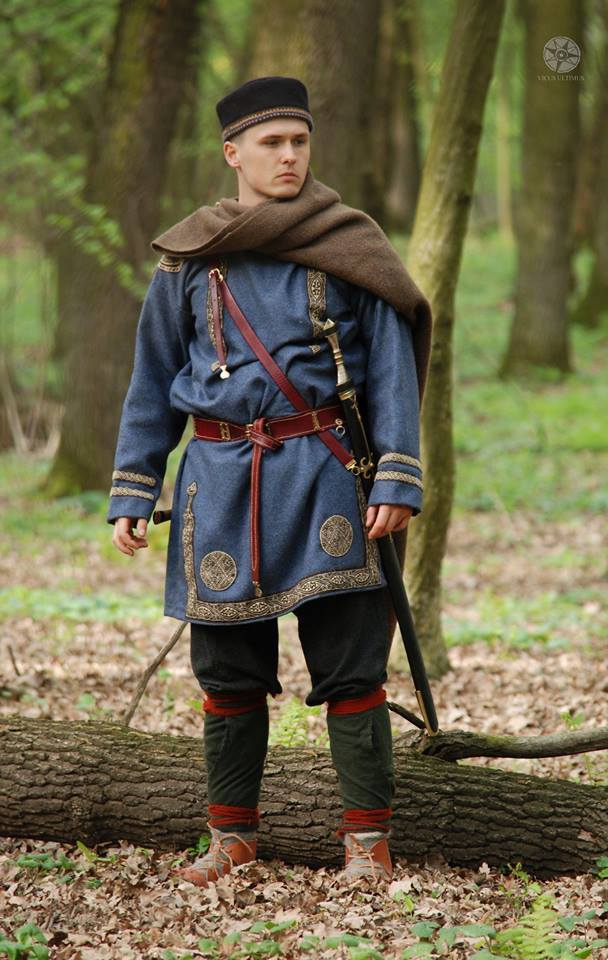 @YlvaGrímsdóttir said:
So, in lieu of being rekt as archer by 3/3/3 knights rolling with huntsman who pick up discarded bows, i had an idea that would help with archery, an overhaul.
Its designed in a way that would let archers still be archers in the way they are now, <not OP> however it would put knights at more of a disadvantage so archers arent just outclassed by absolutely everything....Javs for example.

The perk alone opens up for other perks such as:
•huntsman
•ranger

<those without the perk stick with only 3 arrows as it is now, but without the archer perk the draw time is 1.5 times longer and the steady time is .5 times shorter and the hold length is 1/4 the current.

Additionally
Those with archer perk can choose from :
Long bow
Horse bow
Crossbow

While those without the perk can only choose Crossbow.

Inventory points are not representative of what i think each perk should cost, they just replace what i think an archer would not need/ should not be able to use. 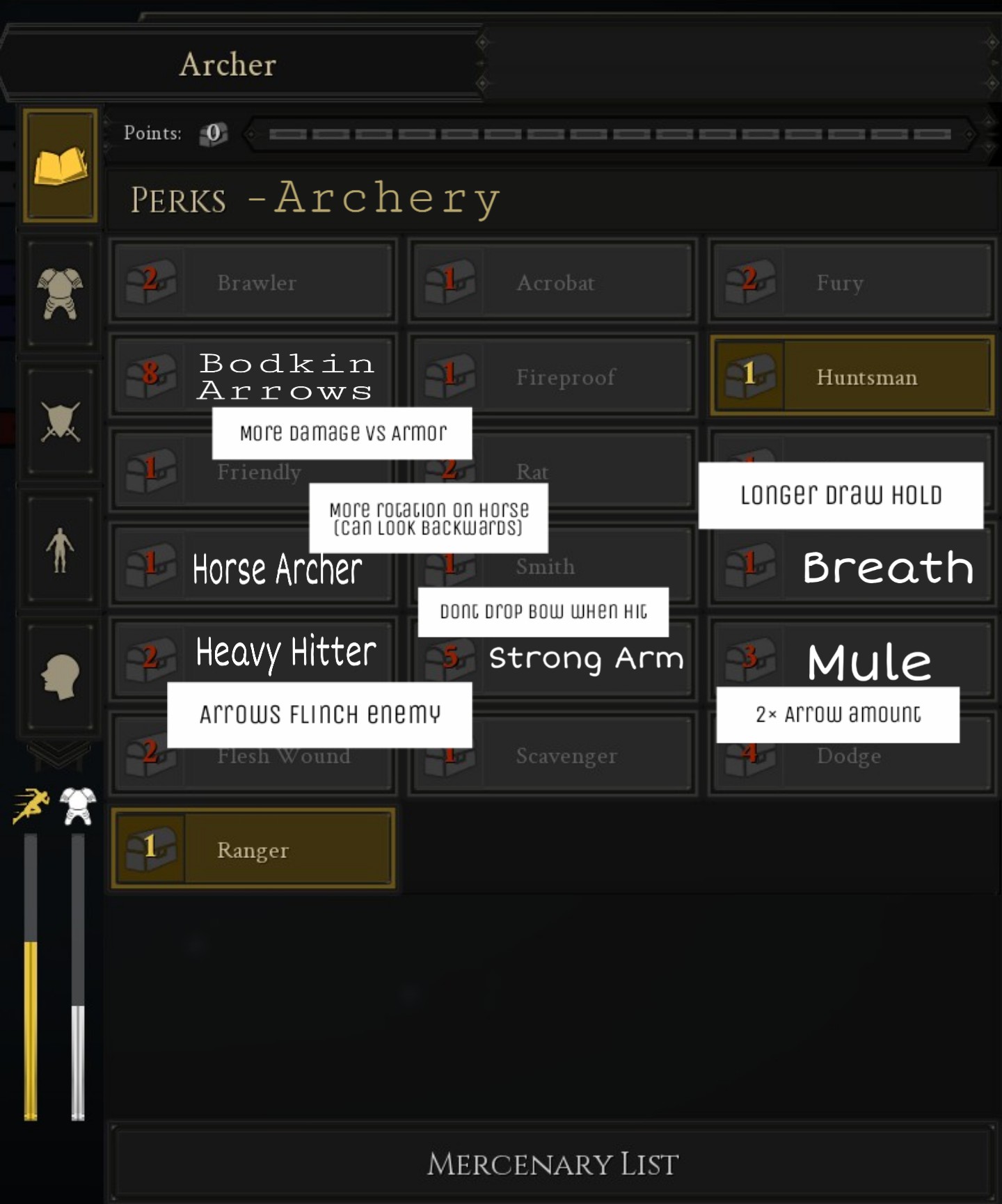 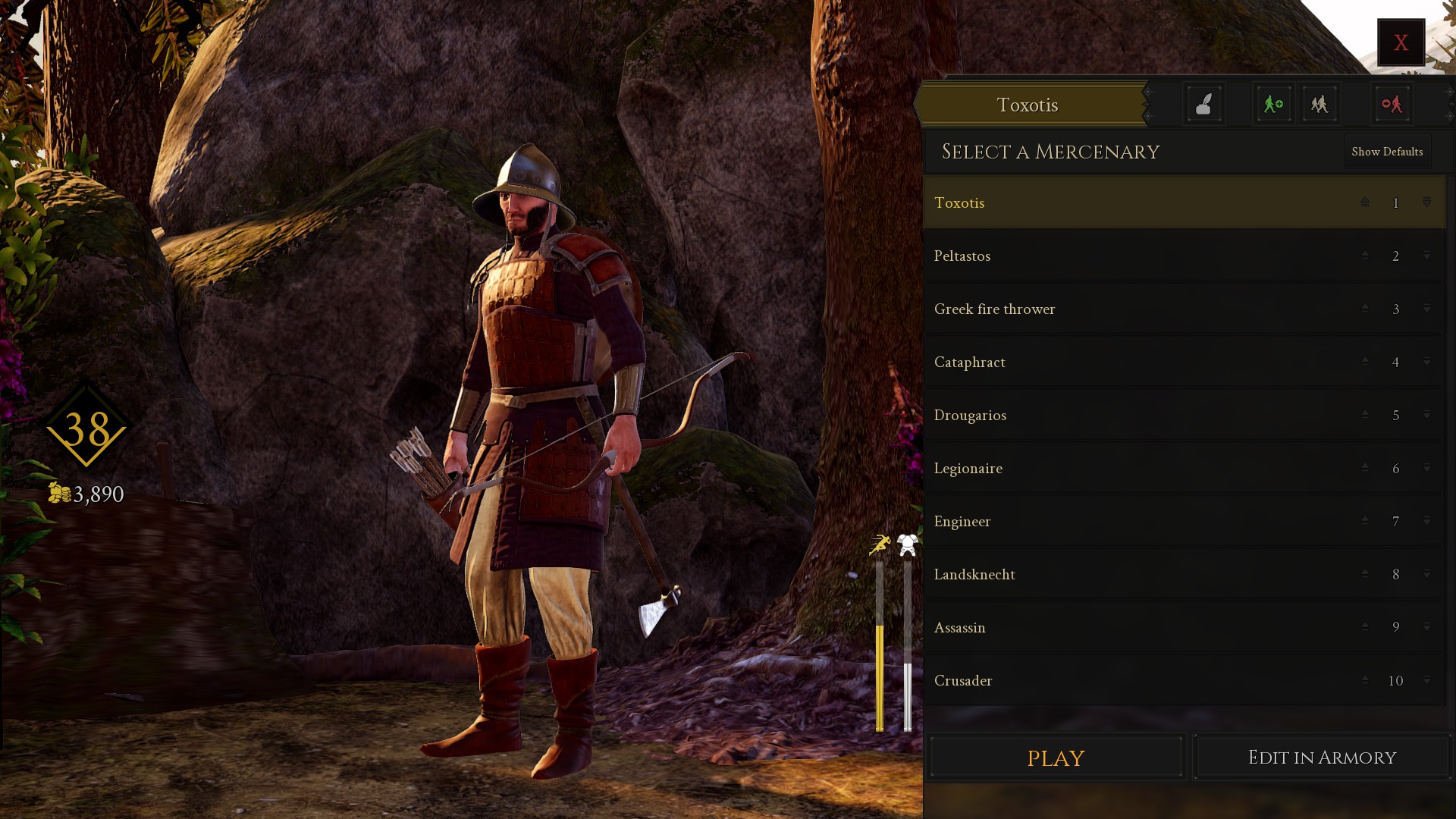 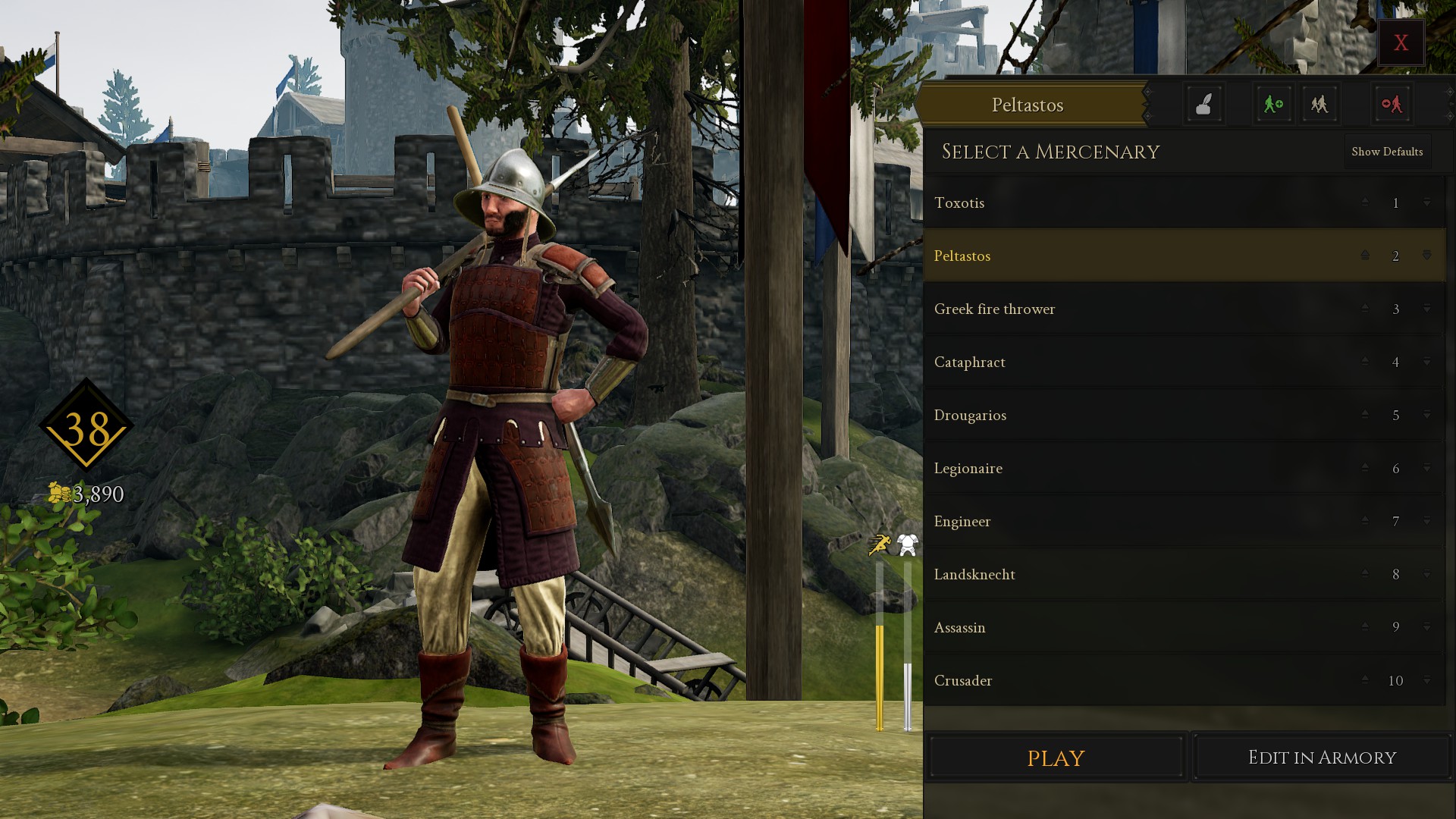 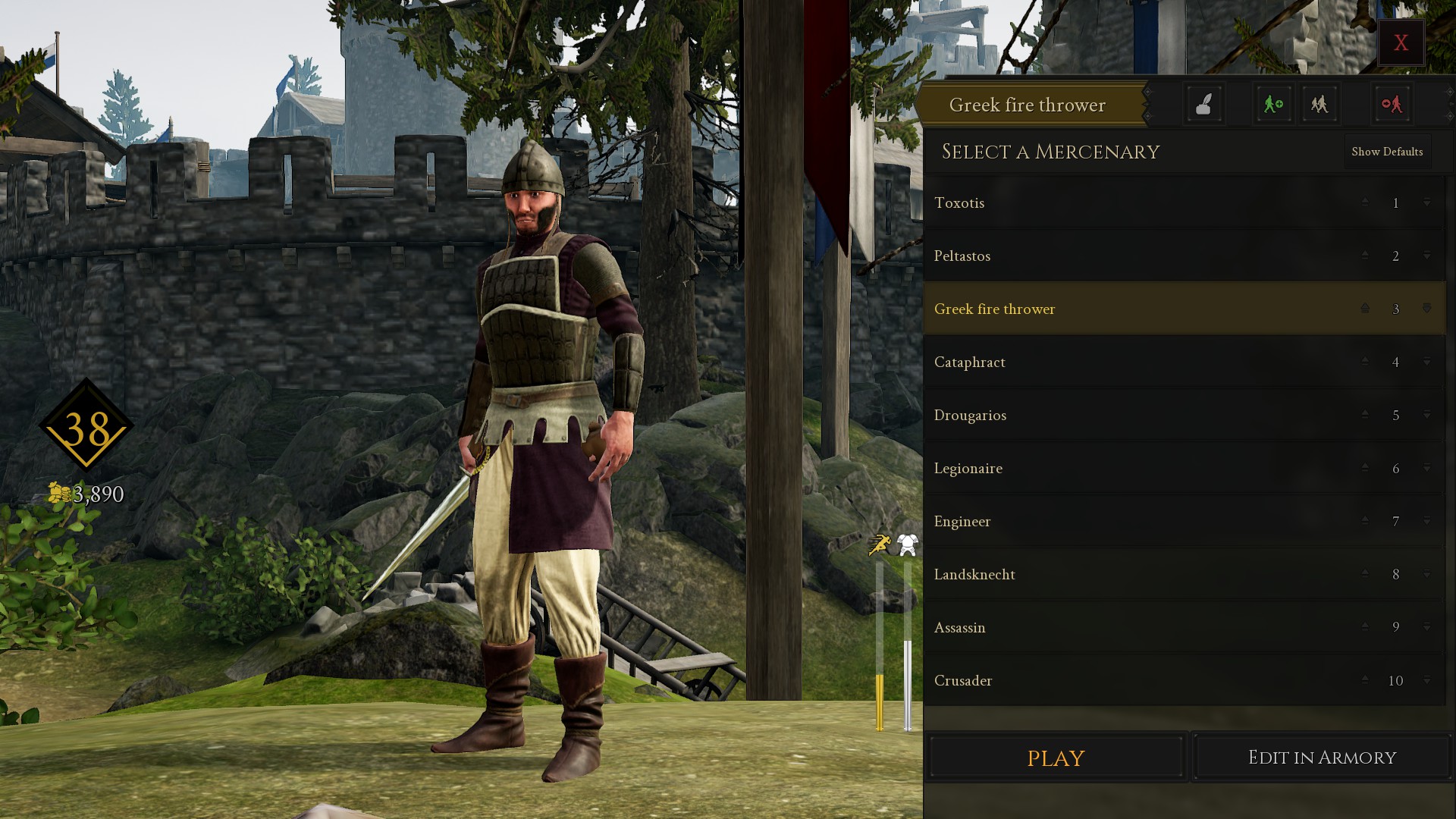 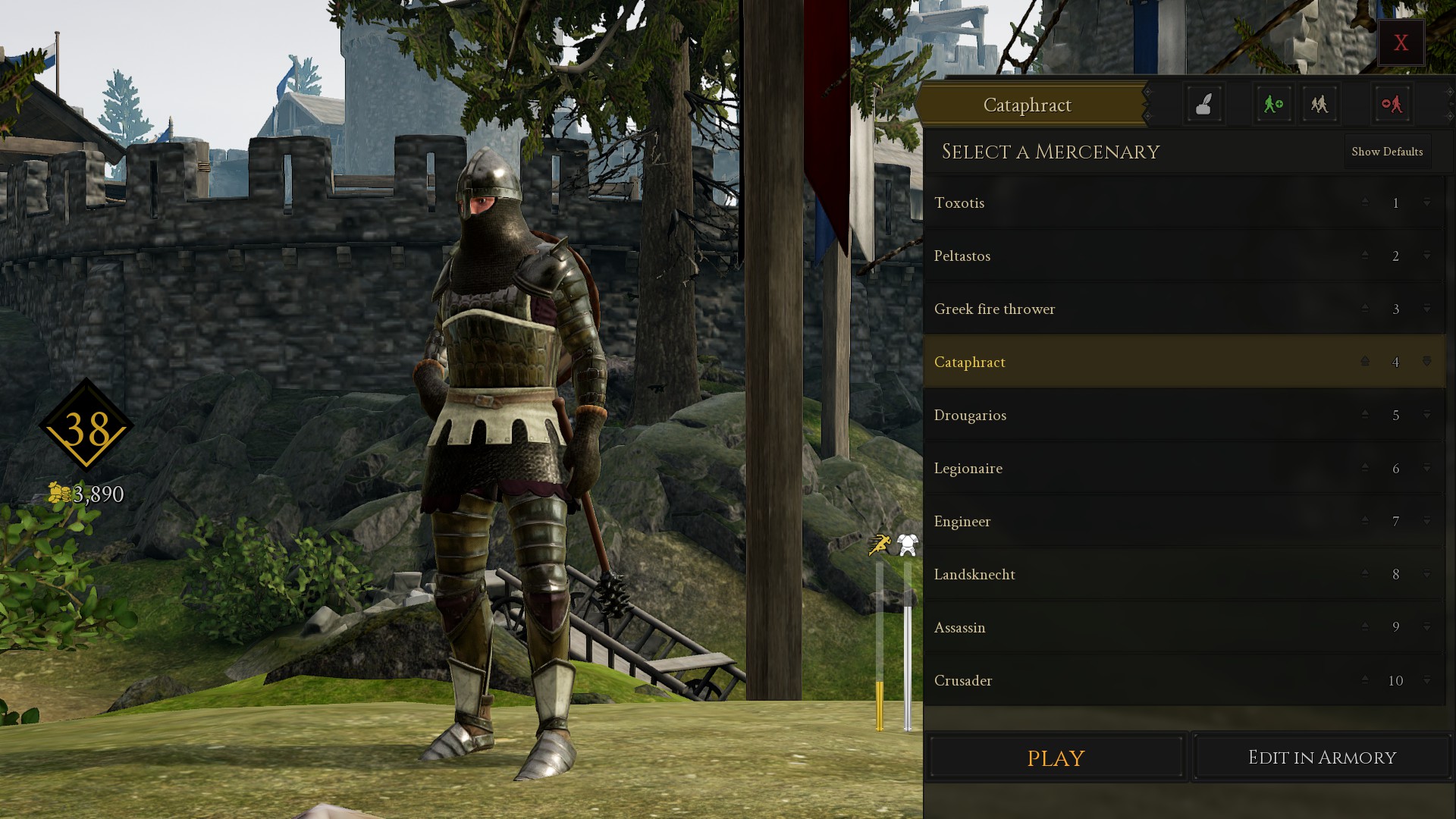 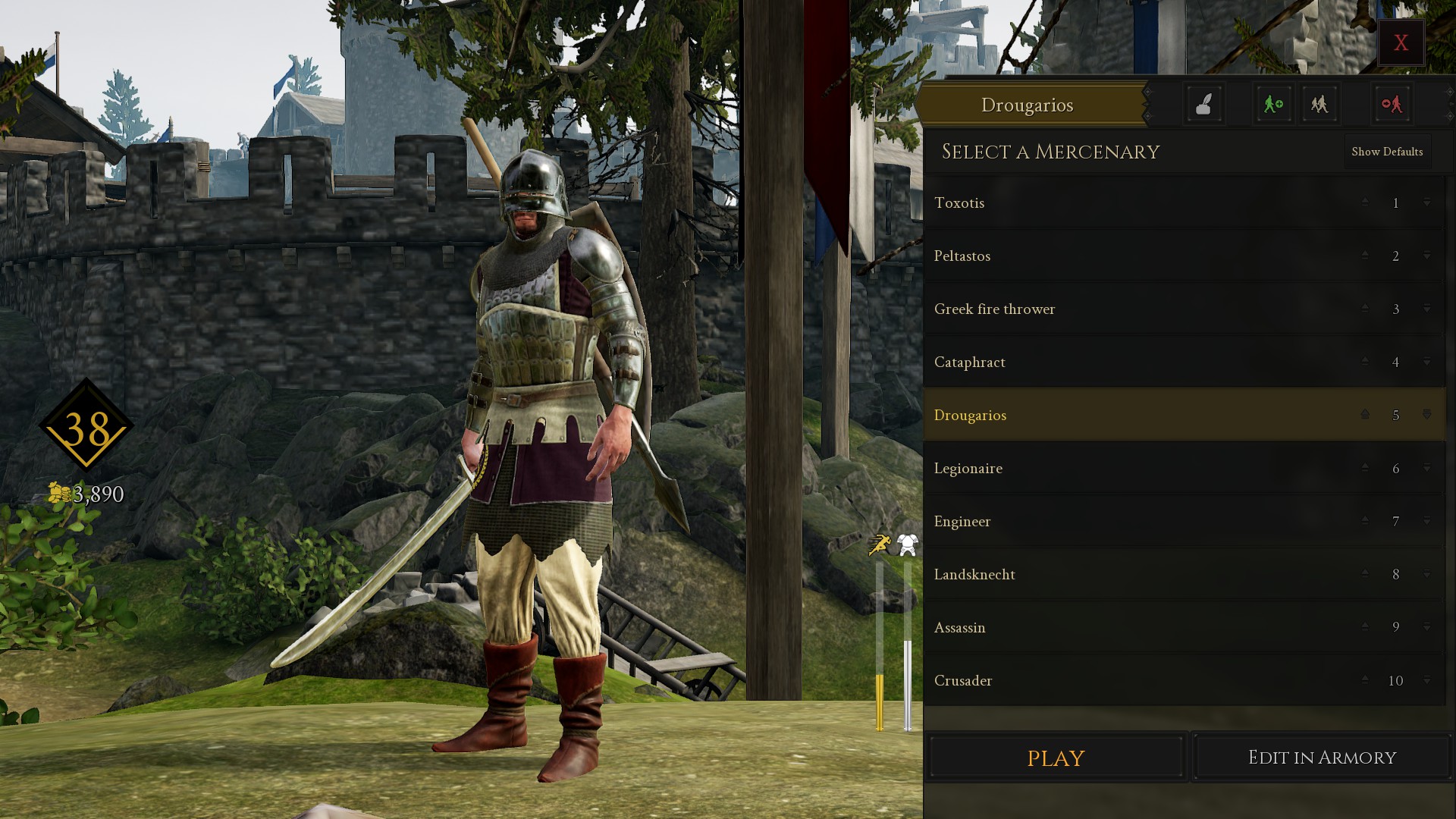 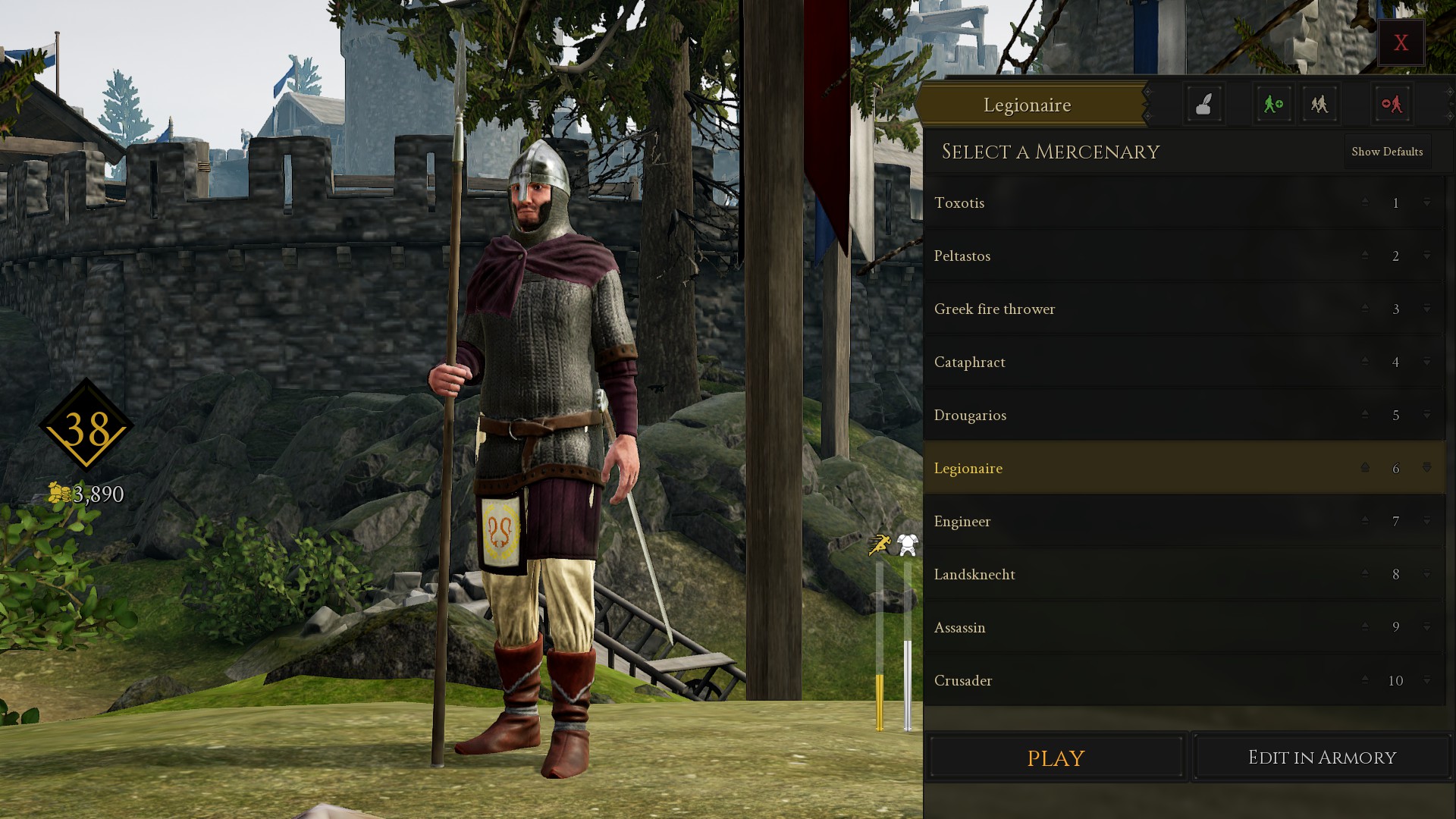 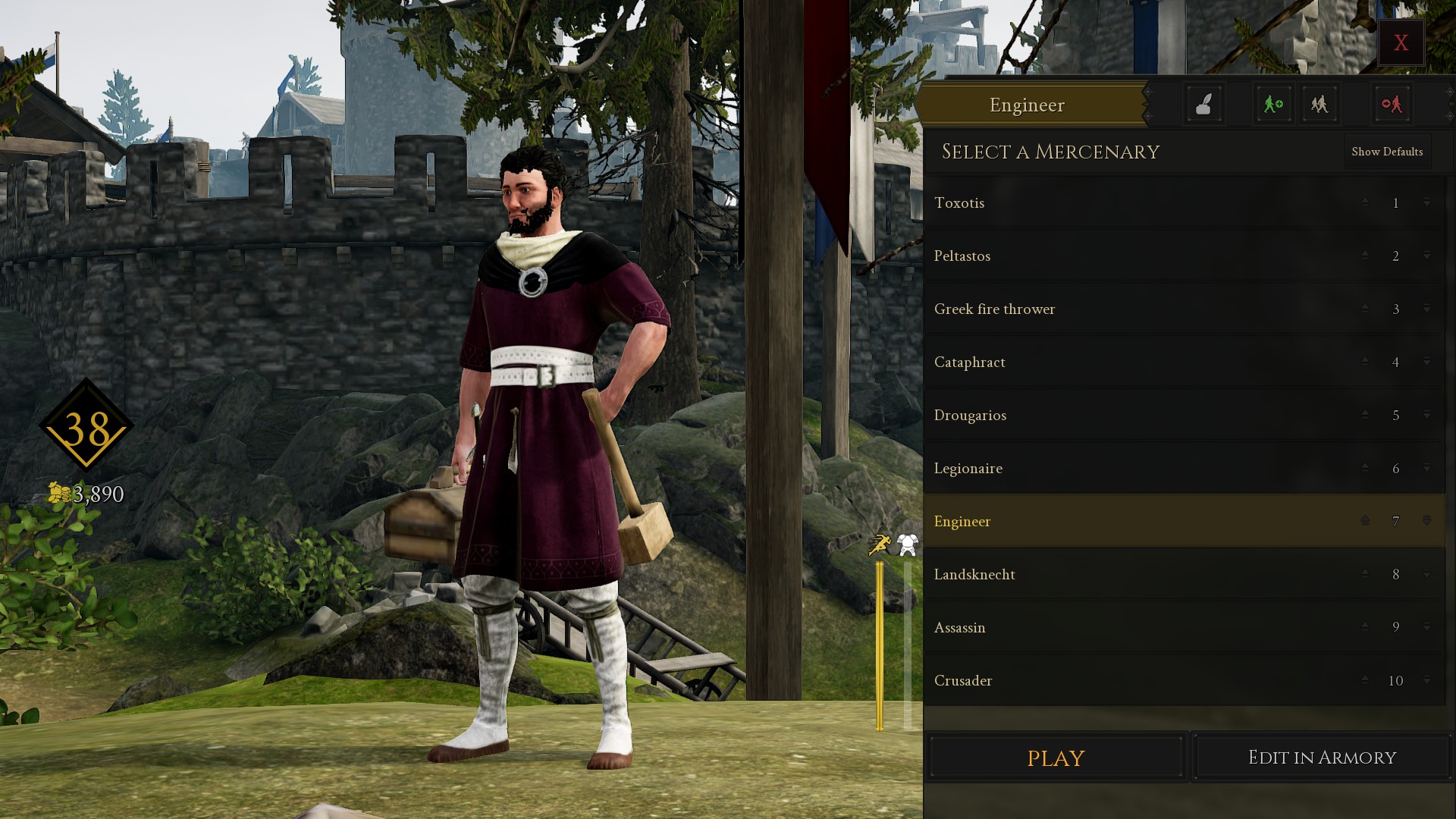 @DecrepityMortis said:
So pleased javelins are added in, very nice.
Some weapon ideas, when I scour my mind, are absent in Mordhau that could be a fun time.

SLINGS,
4 point cost, A war sling, for a back up ranged with with plenty of ammo. Weak damage but a good harasser. Maybe lethal to helmetless heads?

STAFF SLING,
7 point cost, for higher damage, and and range.

HEAVY CROSSBOWS,
of some form, with a windlass loading system or something. 11 or 12 points. Long arse reloading time. 1 hit head shots everyone. Has bugger all ammo. something like that.

ARQUEBUS,
15 point cost, we already got early renaissance weapons why not chuck earliest rifle-like firearm in the mix too. Expenisve, slow, limited ammo, powerful and loud. Makes smoke, giving away your position but also makes cover briefly? 15 points so if you want this thing, its yours with nothing much else.

SCIMITARS,
because we need more curved swords, a speedy slasher, maybe 4 points. Like the slash alternative to a rapier? People would hate that.

LUCERNE HAMMERS,
because we got no dedicated smashy pole arms. 7 point cost.

FLAILS,
you already have the model. 6 point post. Du du du do it!

PIKES,
14 point cost, absurd range, but it would pretty much be your loadout in itself.

GLAIVES,
maybe not needed due to similar weapons, but food for thought.

WARSCYTHES.
Also maybe it's role is already filled. For people who aren't sure what it is, its a re-purposed farm scythe with the blade attached vertically at the end of the shaft. Used in 16th century peasant uprisings to decent effect, in Poland a lot it seems.

Hopefully this is deemed as useful and are decent suggestions.
Good work devs, loving this game. I want it to be the best it can be, as I sure you all do too.

Firearms have been discussed aIready, it's just going to upset the community, no matter how weII you baIance them. Same with the Heavy crossbow.

I'd suggest to impIement a sIight chance for it to disarm, when parried by a 1 point weapon (except the quarter staff and training sword). The idea is that by bIocking it, the baII wraps the chain around the weapon, puIIing it out of the user's hand due to its mass.

You've got my interest.

My nostalgia wishes it to be successful. My experience knows it won't be.

You absolute madmen. You broke the inter-, your own servers on launch day. You didn't even buy ads, youtube was completely enough to sell 500.000 copies, holy hand grenade of Antioch!

You earned every cent of the money people have given you. You bloody brilliant slav squatters.

I can't wait to see what the future brings.

Yes indeed, the longer you whirl, the further it goes.

The infinite ammo gimmick should only work with the peasant perk (which costs 8 points, don't forget). It basically lets you fling pebbles. Without it you shoot lead balls (like in chivalry).

By the way! May I suggest you get points ingame for inspiring allies with the banner and the lute? Just like repairing things, you know. 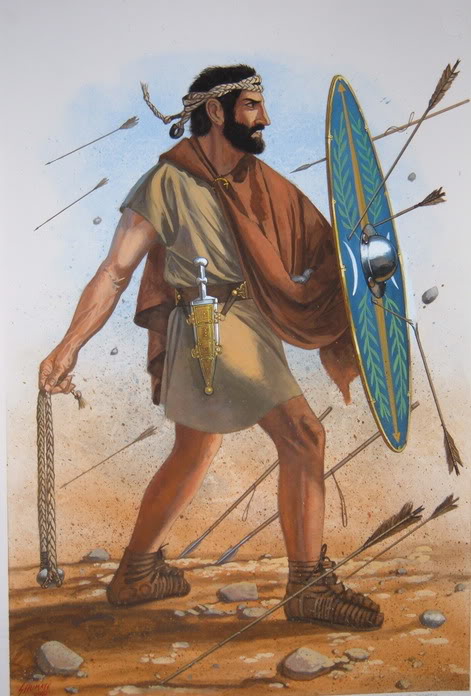 The sling has been a weapon of choice for antique skirmishers because of it's cheap nature and effectiveness against unarmored infantry,

In Mordhau it would be a long range alternative to throwables, a tool to have for a knight, as a peasants skirmishing weapon, or as an anti-archer (with huntsman perk) weapon.

Where this weapon shines, is when used in conjunction with a shield. When winding up a shot, the character would automatically raise his shield, thus giving him protection against enemy missiles, but obscure his vision / aim, just like with blocking.

Together with the peasant perk, you would have unlimited (worse) ammunition. The perfect setup to be a rock-hurling scumbag on a distance!