@Josh said:
Another possible solution would be to move the ammo replenishment of ballistas from the ballista itself to the toolbox holder, so ballistas would no longer regenerate ammo unless the person using it had a toolbox (or maybe if a toolbox user was adjacent to it). The person who steals the ballista would still get a few shots, but then they'd voluntarily move in most cases (and if they don't move, they'll get very bored).

Yes, another great way to solve the issue.

Playing as engineer I am very pleased with the work of devs adding ability to build firepits. However anyone who ever tried engineer can tell, after you go to ammo box to get ammo for walls and firepits, there is already someone sitting on your ballista. It depends on player, but mostly standing infront of the ballista asking player to leave will get you killed. Kicking the player off the ballista will get you killed aswell.

The idea
The owner of ballista should have ability to enter it causing the player that stole it to be kicked off with no damage. Having this wouldn't require you to attack your teammate. Furthermore this would show the player, that you are rightful owner of the ballista.

My current solution to the problem is to carry a beartrap. If anyone steals the ballista, place it under the teammate, and then it's easy to kill him... yeah..

More ideas for engineer
As engineer I like to help out my comrades. I feel like there should be some way to gain XP building walls that are useful, perhaps a wall, that has teammates constantly in the radius using it for protection could generate small amount of passive XP. Same should apply to archers using your firepit. It would be nice to have +1 xp every time they set their arrow on fire.

Thanks and keep up the great work! 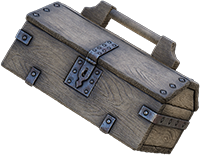 Well, by now I am level 102, and I have seen everything in Mordhau,.. not guns. After death I got extremely confused, even TK I was still cheerful about it.

Its not very frequent, perhaps I see one again before 200 :).

If I do see one sorry for the TK in advance... I'm going for rampage.

How did the player acquire such piece of technology? Developer? Hacker? Madpro?