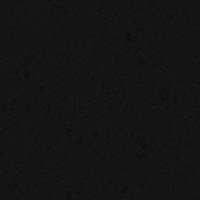 I am Chuck Jones

I mostly fond of medieval, antiquity/classical era and the Era of Discovery (1650s)

I dislike Game of Thrones. :)

One word for this. ModSupportSoon

Any possible suggestions, fantasies are best suited for community to make. Which is what Mod tools will be for. Use it to make your Mordhau dream fantasies come alive!

When it comes next year that is

@Largid said:
I'm not saying anything, but...

How long have you been working on Chivalry 2?

From the said above. i found this in the NoFrag interview with Torn Banner 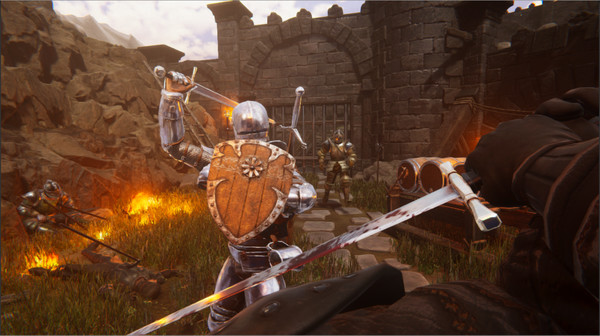 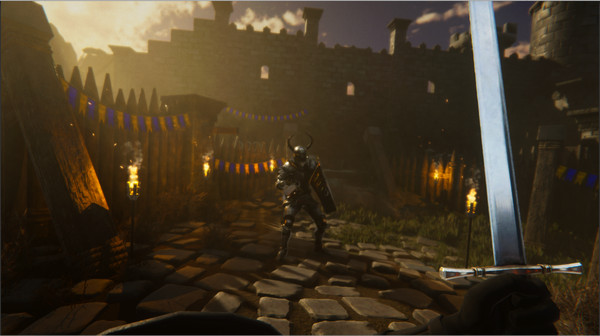 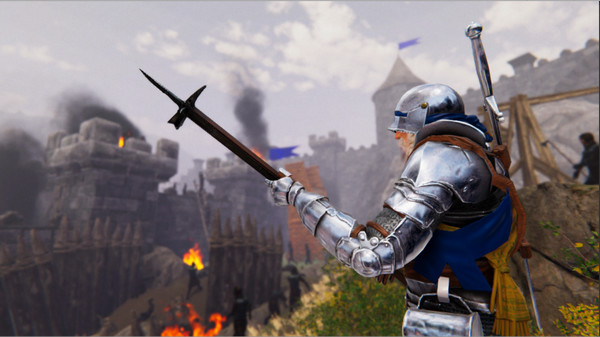 @Donald Trump said:
What the fuck do you think happens when a city fell to an invading army? The standing garrison would be put to the sword and the populace would be enslaved. You bringing up the past and asking for reparations, censorship and apologies means your ancestors were fucking losers. It doesn't matter if it happened 200 or 2000 years ago it's a complete inversion of reality for the LOSERS to ask for anything. Every time I hear someone demand reparations it sounds me like "Hey my ancestors were losers so reward me!". Literally, if the roles were reversed and your LOSER ancestors were competent enough they would do the exact same thing. Go cry for the Samnites, the Estrucans, the Aztecs, the Sasanians, the Parthians, the Achaemenids, the Seleucids, the Gauls, the Carthaginians, the Huns, the Lombards, the Iceni, etc.

The Romans didn't fucking give reparations to the people they conquered and they sure as hell didn't expect their successors to do so either. After a successful campaign, they would publicly humiliate their barbarian enemies by parading them around Rome followed by their loot train. They were PROUD, not ASHAMED. If you imagine a Roman triumph and empathize with the barbarians instead of the Romans than you're a loser. You have a loser mentality.

We all know you're too cowardly to go Mongolia and tell people to knock down statues of Genghis Khan or go to Saudi Arabia to tell people there they should pay reparations for Khalid ibn al-Walid's destruction of the Sassanians. It's only in your nice, sheltered, high living standard countries where the LOSER, SELF-ASHAMED mentality exists among natives can you criticize your nation's WINNING STREAKS. Which if you think your nation built its prosperity off the corpses of foreigners you should be glad they did so. If your ancestors had the same mentality as you did they'd be mere footnotes in history just like the aforementioned loser groups and you wouldn't exist.

Do you consider yourself as a loser or a winner? Just wondering.

Moors were there but more options are okay even if skin option color was blue or green.

Moors were there but more options are okay e

Im butting in. To read this shit. Its fucking entertaining.

On topic. Just deal with whatever. The fucking game has 20+ servers even if there are servers from 2002. And make your game janky.

Just remember to have fun. Kick ass, kill pepple and whoever. If you see trash talk in game chat. Kill the guy ofc

@ToLazy4Name said:
this doesn't seem accurate in the slightest

@dpmagician said:
you have the iq of a Pakistani

@Thorun said:
Hey all - Actually? I'd like to apologize. I still stand by the majority of the statements, but the tone WAS wrong. Unfortunately, I had soaked up what the community was putting down - I came here looking for information on whether women were going to be included in the game, and was basically greeted with a tirade a toxic hatred. Relatively unpunished, at that.

Thing is, I didn't want to replicate it, it just got under my skin. Kind of hard to feel good about the community after that, you know? And with that said, I'm also not going to pretend like this is just me. I've seen some of these posters in other threads, and the hypocrisy of being indignant over my approach is palpable.

Either way, I've realized neither me nor any of you are going to be able to enjoy talking to each other right now. And those of you that are fine don't really need to see me be frustrated with the broader community, or have that frustration vented on you, instead of me simply stating preferences. To that subsection, no addendum, just sorry.

Likewise, I also realized I don't care to argue with folks who haven't actually experienced steel combat, who insist that if a game played the same way, it wouldn't be fun. That it would have to be radically different. There's a level of arrogance there that precludes having a constructive conversation.

Do whatever with this thread - I fucked it up from the get-go.

Holy hell. Just stop embarrassing yourself you damn nerd. Everyone here has their own likings and dislikes to the game. But what you're pretty much doing now is backtracking on what you said earlier. You stand by for what you said earlier is fine because it's your opinion. But the tone of what you said it at is not going to change now. Just suck it up. Play the goddamn game for fun and stop complaining how the game doesn't suit to your needs. Either play it or dont. No one cares.

Because Mordhau has been designed and made specifically for fun no matter what naysayers say about it. And if you want to change the game up wait for Mod support. Till then have a nice day

13 hours ago you decided to wake up, eat your breakfast, come by to the Mordhau forums to express your overall impressions of the game.
To each their own, everyone has their own opinion of the game the game and that is okay.

However. You discuss your opinion and then say if you disagree, we leave and then you end off with the one line says that you're better than everyone of us?

This is where most of us will say that you're just a child who cannot comprehend the game, you get beat so hard you decide to rage out here and then falsely proclaim as a better person and player than the rest of us here. You ain't fooling anyone with that outbreak of an opinion kiddo.