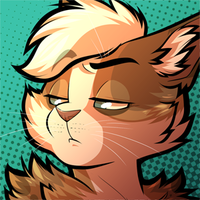 I see problems like this, and I truly worry for the success and longevity of Mordhau. This won’t be fun for the average player, and believe it or not, we want them to stick around. For those that argue that it’s fine the way it is – I ask you, why does it have to be this way? Some serious Stockholm syndrome going on here.

Rest assured - the last one will be submitted. c:

@Stouty said:
the microstutters are my biggest gripe with the game currently, everything else feels so smooth

Are you playing in borderless full screen?

I think the progression system could use some tweaks, but overall, I really like how they've locked the lavish armor and weapon cosmetics behind level / gold requirements. You should have to earn the right to wear the better looking gear.

I think the amount of content in this update was more than adequate. Sure, having frontlines too would have been nice, but for now, a populated server of TDM is quite fun.

Awesome! Thanks to all those who took the time to put this blog together. I consider myself fairly active in the community and I didn't even know about half the information above.

@AngelEyes said:
the problem is that in most cases at least in my gaming experience auto sprint automatically disables when you release W at any time. It feels very weird and not natural in Mordhau.

Still having some issues with phantom attacks. Here's an example:

Bumping this one instead of creating a new thread.

I still think changes need to be made to toggle sprint. I much prefer to use toggle sprint over holding the shift key, but I think it could be improved. At the very least, I think there needs to be an indicator as to when the toggle sprint is active. Though I do think Chivalry did it better: sprint should remain active as long as W is held, once it's released the toggle sprint should deactivate. As it is now, it's easy to forget whether or not your next movement will be sprinting or walking.

Overall, I've been having a lot of fun with this patch and I think that most of what was changed/implemented benefits the game, but I do think there are issues that need to be addressed.

First, thank you so much for adding a queue to join full servers, not that it was an issue with the low player count, but it'll be nice to have when the game releases.

I'm enjoying the changes to blunt weapons, I applaud the developers for going against the majority and experimenting with new mechanics. This is one of those instances where something in idea may sound terrible, but once implemented is surprisingly good for the game. It helps to differentiate the weapons and make blunt weapons feel unique.

That said, I'm not entirely a fan of the changes to HTK with a lot of the weapons. It makes them all feel more alike and often I find it difficult to justify the more expensive weapons when I could go LS and deal nearly just as much damage. Sure, if we compare the GS to the LS, it does have better reach, but it's negligible.

I do not like how extreme some of the accels are right now. They were bad before and now I think they're worse. I feel like I'm playing a reaction simulator rather than a game about skill. I feel like I cheated my opponent when I accel my attacks, sometimes there's just no time for them to react.

Probably one of the most infuriating mechanics of the game right now though is the ability to disengage and run to avoid attacks. I know you all have a hard-on for dodging attacks, but if you make a mistake and throw out a mistimed parry, you absolutely should not be able to just run away to avoid the mistake. Yes, allow us to bend, twist, or duck our bodies to avoid attacks, but it looks ridiculous when you can just run away from your mistakes.

One more thing: when vision is obscured by smoke, remove the nametags from appearing at the bottom of the screen. Otherwise, you’ll have players that just spin around in the smoke until an enemy nametag appears, track it, and be able to attack out of the smoke. It’s more effective than you’d think.

@TheKingInTheNorth said:
Been playing all day, here's my thoughts.

I was worried about this game since it's one of the few games I backed the kickstarter for (mordhau being another obviously), and the beta was buggy and unoptimised as fuck, but so far I'm very pleasantly surprised.

P.S. if you wanted to play this for the combat system, you're doing it wrong. It's just a tiny part of the game. Game is more of a true RPG, where combat isn't supposed to be the focus, but rather the story and player progression. You can't 1v5 ez in this game like in some others. Combat is a last resort. But that's not to say the combat is bad, I quite like it.

And honestly, if you watch a mordhau duel and tell me that looks better/more realistic than this, you're fucking delusional tbh.

Thanks for your thoughts! I’ll definitely be keeping an eye on the game, might wait until it goes on sale though.

Now that this title has released, has anyone purchased it? I'm curious to know what you think. From what I've heard, it's a mess of bugs and is poorly optimized. I haven't played it, but the combat looks dull. I'd love to be proven wrong though.

@Rattsknecht said:
not submitting yet, gotta fix some shit 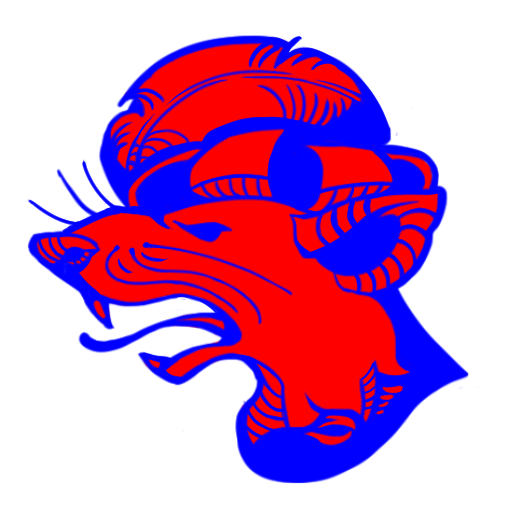 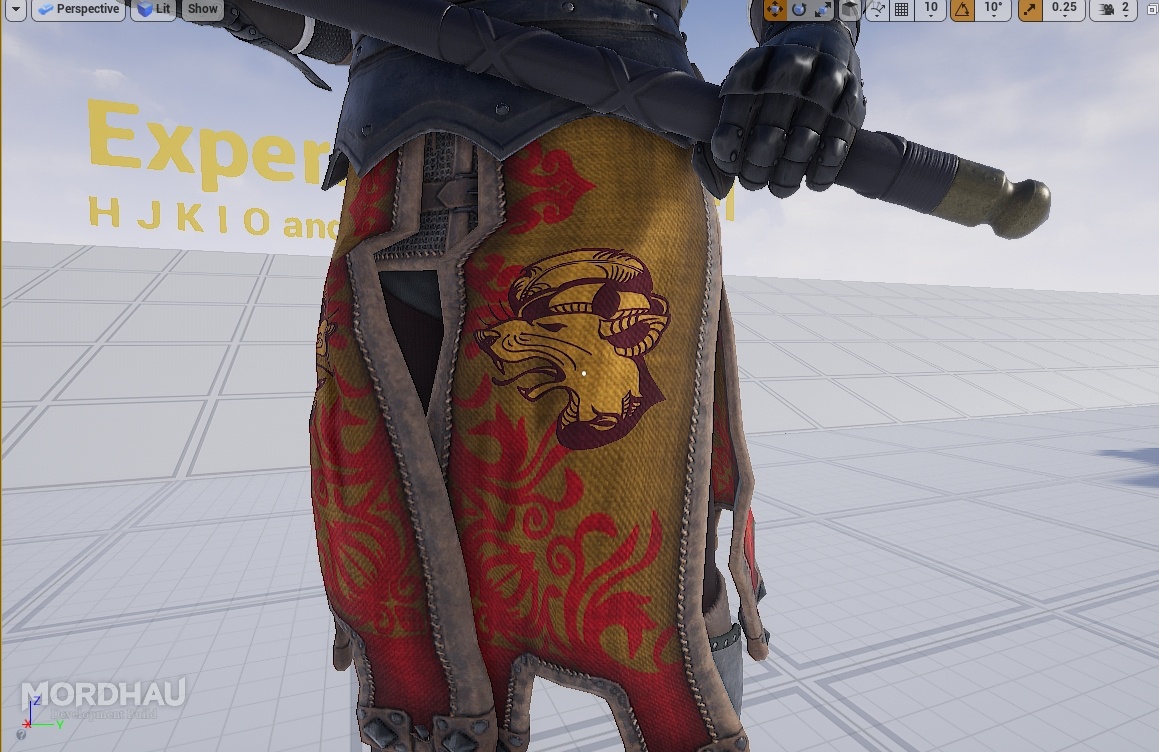 Woah! Love it. I have no idea what I want my emblem to look like, but once I figure it out, would you create mine for $$$?

@AFluffyKnight said:
I have an issue with some of the recovery animations of certain actions, but making everything perfectly readable is a surefire way to make this game boring as fuck.

Competition kinda thrives on the fact that no one is perfect.

I couldn't disagree more. Implementing readable animations won't create a boring game. Sure, losing a fight is often the result of making a mistake, but that shouldn't be due to inconsistent, and frankly, poorly designed animations. If the animations are perfected, there will still be the need to read your opponent's moves. Just because you think you've adapted to the current state of the game, doesn't mean there shouldn't be an attempt to make it better.

Great post and welcome to the forums! Others will state that this topic has been brought up several times before, but it needs to be said again and again until this is corrected. I believe that this is a core issue with Mordhau currently; though I do think it can be fixed. Whether that be changes to the animations, an increased turn cap, or another solution we haven't thought of, this needs to be addressed.

Keybinds are more than likely superior, yes; but I'd argue that it doesn't make that significant of a difference. Not enough of a difference to warrant removing one or the other, at least.

I do think that the 240 system needs work however. For the most part, my strikes come from the direction I intended, but there are instances where it doesn't read my inputs accurately. I would love to see a HUD element added that displays the direction my next attack will come from.

Ultimately, if you believe that keybinds are superior, then use those. That said, I think you're then missing out on how satisfying and fluid the 240 system feels. To me, that's more important than having a slight advantage.

@Stumpy said:
Btw i have some statistics.

100 Royal helmets in Circulation, That is 2% of population has a Royal Helmet.

People will literally, never fucking see this helmet. And when they do see it, we will all be hailed as gods and kings by the filthy peasants.
btw anyone seen our emperor play yet? i havent, and neither have i seen him on forums.

The rarity of these cosmetics is a large reason why I went for the Duke tier; and they look incredible, of course. 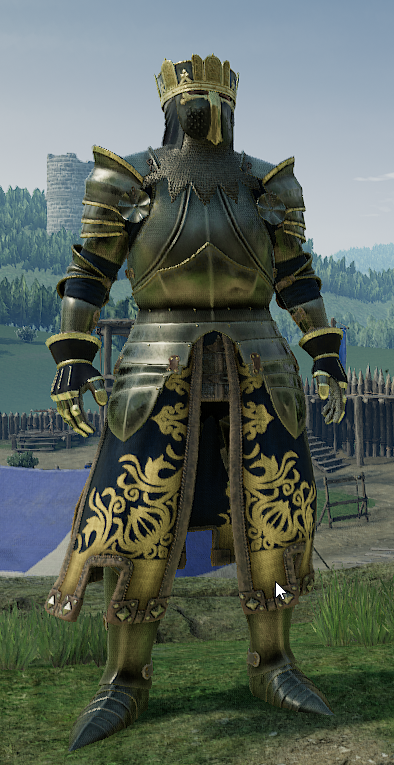 Thank you for releasing the backer cosmetics! They look incredible - money well spent. I'm glad you all let in the beta backers too, they've been waiting awhile and it's great to have new blood in the game.