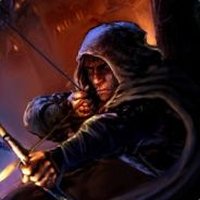 @SWSeriousMike said:
I think many of you don't understand it. They are not making the game for YOU. They are making a game for themselves and their friends. You just can play the game as is if you are willing to pay for it.

It's their game and they can do what they want with it, but you should really, really stop buying into the small indie dev studio excuse. It's all deliberate.

Hitting the nail on the head as always Mike.

Here is something to add btw:
https://www.reddit.com/r/Mordhau/comments/44rokm/join_us_on_steam_facebook/d0kun35/?st=k0mo6m61&sh=43a0d05c

@Shitscrubber64 said:
It's no longer a perk you slap on any good build. It's actually situational now as all perks should be.

Except, of course, in ranked. In ranked its a must have for any build.

@FavkisNexerade said:
this game is about clowns doing acrobatic moves in circus, what did you expect? normal looknig fights are low level playstyles, if you want to be good - be best clown

This^ Even worse is that nothing will ever be done because the devs are chiv competitive vets. They enjoy this kind of spastic gameplay and specifically made a game around that - they only wanted to fix the most extreme cases. The only reason why they even bothered with team modes, is to get people to play the game so they can have a normal duel population. This of course doesn't work because their "casual" game modes are trash. And regarding combat, Devs will never listen to "casuals" if that contradicts what their "hardcore" players are saying. This will result in other players slowly leaving until the only ones left are the "Hardcore" group. But even they will eventually get bored of playing the same people over and over again and leave.

The "60000 players" number only exists for two reasons:

That's great and all Mittsies, but why haven't you released Patchie Rodeo yet? Huh?

@Corsario said:
I'm sorry, but someone has to say this...That visor looks way too fictional.

The rest of the armour and the bascinet itself (without the visor & the plumes) looks great though.

Yeah Devs! What are you doing!? Immersion ruined! 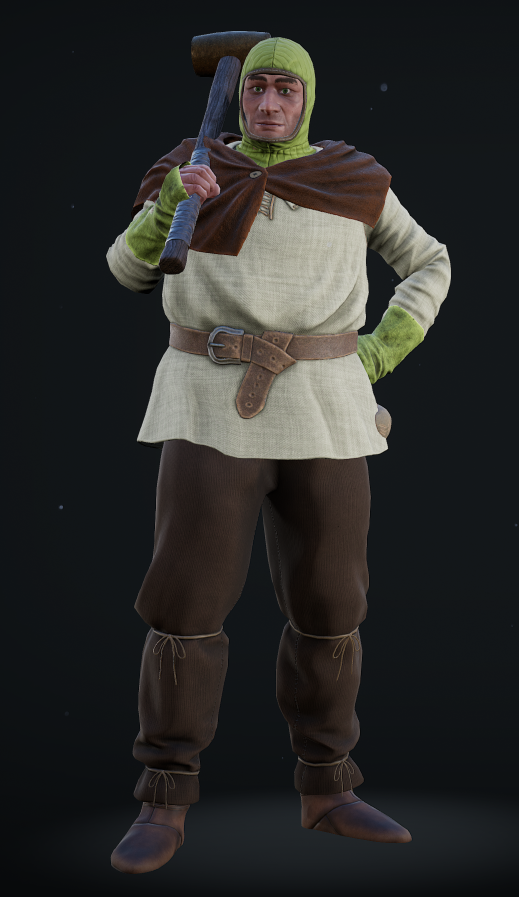 @EatAtRedLobster said:
According to the few small segments of corrupted jpg data I've been able to recover over the last year the current state of the game is following the exact same operation parameters as Mordhau 2099. It's so close that it's even spacing updates in identical intervals to the original project. This all leads into something the Project Langosta document reffered to as the "second stage event trigger initiated by the Castello Protocol."

@Six_Blasters said:
The second worst thing to happen to Mordhau is the combat completely based on timing.

If you don't like that, why are you playing the game? It's the entire point.

Good question. I quite liked the idea of a medieval combat game. The combat seemed fun the first 200 hours. However, after that I realized that once people get gud the only way to win is to manipulate the swing timings and animations which I don't find fun or engaging. And with the lack of good team mode I don't see any reason to play duels only to get better at these mechanics. I haven't played for about 2 weeks now and I'm just checking the forums from time to time to see if a there ever going to be a change.

I agree that unreadable attacks should be toned down. However, to compensate for that, defense should become harder. I propose bi-directional parry system. We already can choose the parry direction and it even has its own animation so why not differentiate between the right side and left side attacks? Then shield can have an advantage of having all-direction parry.

@sharknice said:
Fucking POS Steam. Should have sold it on EGS 😈

Im all for it. Anything is better then frontline.

Sounds good. Perhaps the shield hold could be activated by the alt mode button when using a shield.

The weird thing about this is that you can't throw your 1h, swap sides on warhammer, etc.

Ah you're correct. I completely forgot that you can turn the warhammer. Overwise not being able to through weapons could have been another drawback of shields xp.

Sounds good. Perhaps the shield hold could be activated by the alt mode button when using a shield.

@ToLazy4Name said:
You have 2 days to do so or i'm contacting babaji and we are having a hostile takeover

You did it Lazy! You saved the community!

Most people only play one multiplayer videogame at a time. Time is not infinite and people usually have other things to do.

Look at another niche title. DayZ. When it first released as a cash grabber, it had thousands of players. Couple years later, it struggled to even get 1000. Now, it has 10,000 average again. This is nearly a decade by the way.

DayZ is not niche at all. DayZ has also established what it wants to do and it does it well. Main game mode in mordhau is deeply flawed as well as its maps. The only other game mode worth playing is maintained by the community.

The cool thing about pixels, code, digital information is that it doesn’t wear down or “get old”.

Content however does get old after you experience it for the 1000th time. In the case of Mordhau, map content lacks quality necessary to keep it from getting stale, partly due to the main game mode itself.

People like you love to make these exaggerations about how the game will “die” because you probably feel like it puts pressure on the devs. There’s no need for that. Just wait

People like you love to make assumptions about people. I worry that crossroads is the sign that devs don't know what they are doing. I fear that they will continuously miss the mark with future updates, which can absolutely kill the game. If people come back and its not worth it once, they wont come back again.

@Rergato said:
People are constantly getting updated on things, guys. Everyone has a phone, everything is in people's faces.
When the game updates, people will get notified, whether it be by steam, twitter, or a friend. What I'm saying is, as soon as there's a big update, the player base will rise up again.
80% of the playerbase didn't go "Wow this game FUCKING SUCKS. UNINSTALL", it just got stale for them, that's all.

Hell, when I was younger I use to play Chivalry all day-- I barely touch Mordhau nowadays. I suppose it got a little stale for me too. But I know once there's a big update (really want some ranked), I'll start playing again.

I disagree. If the game stays stale for too long people can commit to a different game. Even a big update may not be enough after that.

what a waste of development time.

@EruTheTeapot said:
I like how Chiv devs fucked over community so many times yet people still worship them

Sure, they fucked the community over. They also sold out to epic. And I'm not going to give them a penny. All of this doesn't change the fact that chivalry has better main game mode, atmosphere, visual design and maps.

I personally would love to get some more medieval hats.