i wait for tattoos/paints/scars etc.pp since day one of waiting for a bigger content update, but well..

i never used shield except some testing around, but i would say as long as we dont have shields that can break and could get visually damaged, every word about shields is wasted time, well atleast for me. ^^

My feeling is that Accels are way more "abused" than Drags actually.. its literally a one frame death
and with drags the victim are always able to blame themself aswell, but not with accels
because you cant do shiz sometimes

If I can smell the sweat in your next update, i'll be quiet in the forum for 1 week, not requesting fixes & not complaining!
And i will spam "You sir, are the worst soldier I have ever... smelled" in the Game for the same time, everytime i play, to honor the devs.

think it over carefully...

Ok Mad💯, we have a deal if you wear YOUR costume aswell:
https://www.artstonecostumes.com/products/29133/principal/

@^--^ Maximus ^--^ said:
yeah, boosting it would be nice since it's the least played weapon in the entire game, so it would be cool if it was reusable from the ammo chest or make it combo, or increase it's throwing speed to be faster so it's more viable in the game.

They just should force Auto-Team-Balance, this would fix half if not more of the 'Feelings' that the Maps are unbalanced.
Then and only then, they could do slight fixes to the spawns & maps itself.
I know this opinion doesnt match most of the complains about map-balance..
but i played Mordhau now for over 1200 hrs, and problably 1190 hrs i was in frontline and invasion
and i would call this a good insight of the modes

As example mpeak:
both last spawns of both teams feels unbalanced actually, not only red
the red one feels even more unbalanced as blue because of the walls in the fort which works more as a cage then anything else
but blue as example loses such often aswell if the red team once pushed them to the last spawn
because most of blues just running straight to the objective instead of tryin to flank them over the hills
or they just get involved in fights beforehand if they use the straight path to the obj.
or they just decide to stay back because they fear the sheer power of the enemy team..
this also fits to red... and in my opinion is no unbalance but lack of map-knowledge and overview
and definitely SHOULD result in a loss...
and who doesnt know the regular chat-spam for this: "20 archers cant win the round"

what i'm tryin to say is, if we ignore the red walls as reason for the unbalancing for red,
then the biggest unbalance just come from the lack of auto-teams
next is map-design as example mpeaks red fortwalls
and then the spawnpoints placements, which only needs slight adjustments in my opinion
but also if possible more divided spawnpoints which encourage more flanking & more divided fights

sometimes it seems most balance-complainers expect to slaughter the whole enemy-team alone
and if they cant achieve that, the map must be unbalanced
couldnt count all the breakthroughs of myself to the objective, where i was alone for minutes
and i did it such often in a round when i died to the respawned enemys, that i really wondered wth my team is doing
you are even able to take points alone sometimes, if you just avoid senseless fights between the spawn & the objective

and please do all non-archers a favor and stop requesting more archer-buffs,
this loadout is already cancer as fox if youre being in melee only

Is there any Guide to ALL the console commands somewhere, all i can find are only some generic ones?

@CarnifeX said:
nice one λze, my list looks almost the same,
thing is i had to translate everything from german into english and no time yet ^^
most of your "nothing" spots also didnt gave me any insights

helpful stuff! good to have a fuller list. not sure why some of my sliders were doing nothing...

ye well as i wrote earlier, if you once changed something on a special slider, other sliders dont do anything anymore
i would bet the "nothing" ones do something, if we find out the counterpart, but as long we didnt find them its just speculation ;)
Legate Lanius just brought me to this idea: maybe they are teeth sliders? dunno

@✵ Legate Lanius ✵ said:
Which options could I change to see my cool mongolito teeth? I tried random faces but not much luck there

i dont think its about one slider, but all mouth-sliders together to get rat-teeth etc.

nice one λze, my list looks almost the same,
thing is i had to translate everything from german into english and no time yet ^^
most of your "nothing" spots also didnt gave me any insights
here are some additions:

It seems you talk about a Nodachi-like Sword and not a Katana, because this would match the length even more.
I'm already very happy with the Katana-Mod as Messer-Skin, so theoretically its already in the Game for me.. ;)

i would bet the hitboxes & hitreg still arent fixed in the next patch, since how many patches then now? dunno anymore..
the exe will also not being fixed, i would bet again
stab fix ... nope
horses wont get thinner collis
teammarkers wont be ON by default
still no toggle for Team-Colors in the Char-Editor Screen
still no "always run"-function instead of just the toggle-option we have..
still not a complete steam-name support(unicode)
the cata will still getting stuck or jump around like crazy.. means also no cata fix
archer weapon-change time wont be increased, but archery will just get new stuff or buffs(because they arent disgusting enough already)
etc.pp
there will be some hotfixes after the patch(1-2), then they will change something completely unexpected as test in the last hotfix
and we'll go through fire and back(-rage) until the next patch arise in over a half year
cant wait...

btw. since when has the fire becoming that ugly again, didnt they reworked it, just lately played without fireproof for a while and was shocked how ugly it is, feels way more shit than back in the days..
and horses also still ride through us like wind through a full clothesline, wasnt there a rework to slow them down somehow?

EDIT:
whats up with the spawning while playing with controller - cant choose spawns properly when i'm in potatoe-mode on the couch

every nerf to bows is very welcome to me

it felt like half of the community was already complaing since months about that,
even after their server changes, there was literally zero change
and i dont expect this will change anytime soon if i just remember how long the hitboxes are broken (since the whole balance-shitshow started..)

I investigated them a lil bit more and i'll share the results later here, sadly its not complete or atleast i still didnt know their real purpose,
because once some changes are made to a specific spots, its possible that other values doesnt react anymore 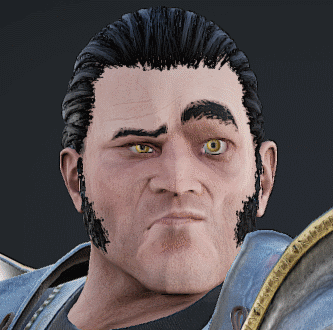 they test them and make them availlable to download in their official modhub
and they sometimes have to test way, way, way more mods in just one week than mordhau actually generally have
every mapper get 1 euro for like 100 downloads, every modder 0,50 cents for 100 downloads
shouldnt be that expensive with max. 5k players actually

So once the SDK is done, they could accept mods, test them and take them over into the game
integrate an option to turn mods off, so everybody who doesnt like mods, are able to deactivate them visually as example
or whatever, there are so many ways how this game could get more content fast
but well, first we need the o-sdk

same games where the 3m nobles came from?
..and who didnt heard about the peasons fought knights with pan's and trainingswords

I dont know how they they got into that, but it was on purpose regarding to the chat, where the commandant admit, he will also leave it at the 5 min. timer 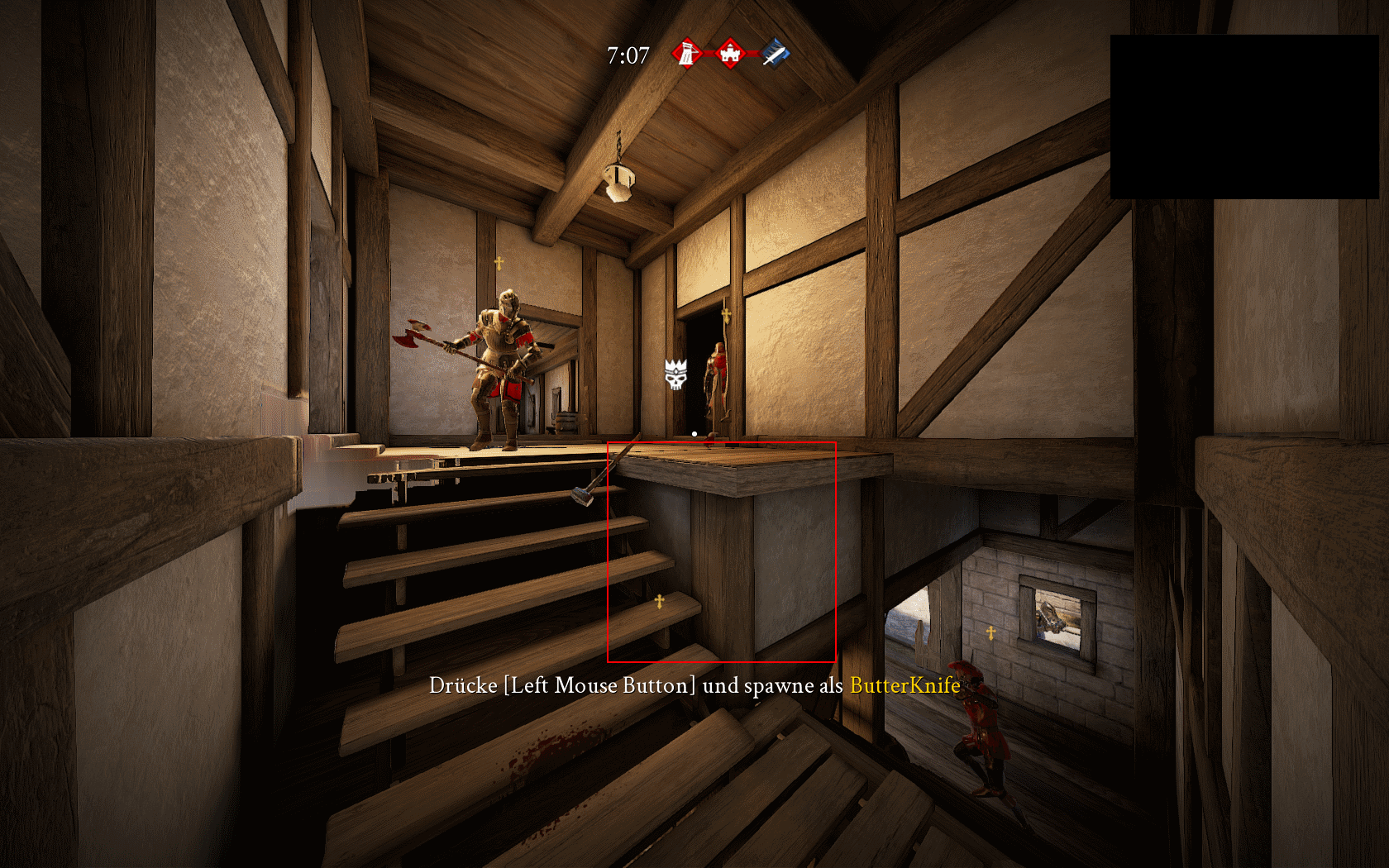 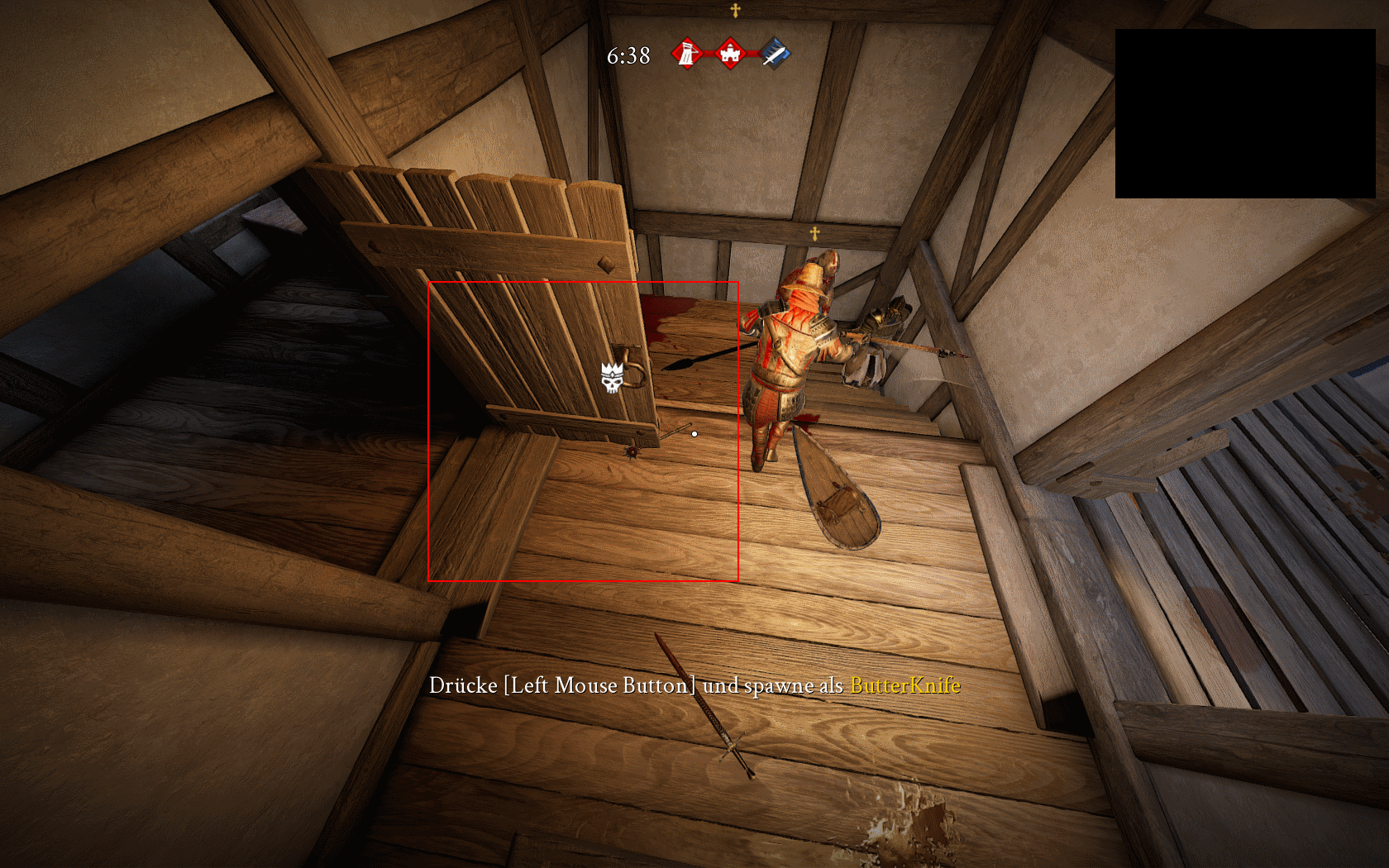