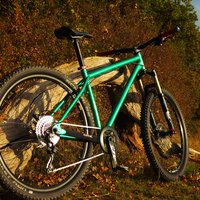 for that reason I'm out.

@Shmel101 said:
The dumbest card of all. Developers, did you even test the balance on this card? Each round wins ONLY the blue team. I hope that you morons will fix it and make it easier to storm the castle and protect the village

That is how it's always been.
They cannot balance their maps very well.
They create a map, red team always wins, they edit the map, blue team always wins.
Best to accept it or move along.

Another one here who defended the game, saw the potential but no longer plays.

Game is down in to the 2000s for daily average players.

This patch surprised me.
I expected the map to have boosted the player counter for longer but it's actually at an all time low now.
This is probably a case of too little too late.
You didn't seem to learn from the crossroads release, that releasing a map, then allowing people to vote for it constantly would just mean people bingeing on the new content, making the game fun for the people who like the new map but extremely boring for people who are not that impressed by it or just don't like playing the same thing over and over.

Really need to have 24/7 new map servers so people can go there if they wish and spam the hell out of one map, too late now though.

@esturias said:
But now I really have to assume that the full release of content in this game also counts as the first testing?

Like I have said before, with a team of this size - and decentralised as well - the largest test they could do is a 4v3 or maybe even a 4v4 if they schedules happen to align ideally.

That's not really how other multiplayer game works I think, they have test servers.
They release new content onto a limited amount of servers.
Mordhau release broken, untested, unbalanced content to every one, it becomes the main game.
In the short term you see a spike in player numbers but in the long run it's really damaging.

I played the new map a few times.

Looks beautiful but kind of plays like a bigger version of grad.
People were complaining a lot of frame drops.

You probably need 100 hours to master the basics.

If you can be bothered to put in that much time you will find it gets very repetitive due to very limited content.

@KZF50E said:
I am out of patience as of now

After the people who constantly complain are gone, it will be like Chivalry's community; a dedicated player base that appreciates the game, including its flaws, for what it is. I can't wait to be honest.

You will be able to find out if that theory is true shortly.

Personalty I prefer games with a decent amount of players because spending time just to find a server with players isn't enjoyable.

After I do 80 ping limit and invasion mode (which is probably the most played mode) I have only 5 servers that pop up, remove all the people who are "complaining" as you call it and you will spend more time looking for a match than playing.
Then you will be annoyed with all the new "complainers" asking, where's all the players? Can't find populated servers?

Maybe you are from the US and the game is doing better there but in the EU, like said above, 5 servers unless I want to go play on something laggy. My "pool" is only about 300 players.

@esturias said:
Put a bit more effort into writing and people might read it. Right now it's nothing but gibberish.

Maybe 50% will actually read it, which is about 10 people. Not really worth it I think.

@KZF50E said:
I am out of patience as of now

With these setting, I rarely complain about low fps. The only problem is 64 player camp invasion/frontline when pushing the last objective as blue. The average fps in this scenerio is like 50-60 to me.

I am on mostly medium settings and pretty much the same thing, end cap points that are loads of people in a small area.
I get sub 60fps in the castle courtyard in grad.

Is it likely that we will see performance improvements in the "future" of this game?

If frontline is to die off and invasion is to be king then my rx580 won't cut it, I reckon you will need a 1080 or equlivant to stay above 60fps in the big team fights.

I can get 120 uncapped (not that I play that way) but as soon as I get in to a team fight with a few people it's sub 60fps and starts feeling laggy which isn't enjoyable.

Is this just how UE4 is?

Use the server browser and pick frontline mode before you search.

I do not enjoy the "Hide and seek + Wall destruction simulator" aspect of invasion but frontline is dead, so you might just have to uninstall for good.

So we get 2 new maps, so then the total of Invasion specific maps will be. . . .2 Why even do this mode. They could have spend the time fixing the balance in frontline whilst adding new content.

New maps won't save this mess but it might prolong it.
Without toolbox spam fix a lot of the maps play the same way.
Need to have better spawn locations in current frontline maps that are used for invasion. Spawning in direct sight of a huge ballista for example is not good.
Better ways to deal with catapults due to them being in the kill zone for the ones trying to destroy it.

I am glad they are pointless, their abilities need minimal skill.

The spam of their structures in invasion is the worst part of that mode, the less people using them the better.

wrecking is just countered by smith so weapon damage vs structures is pretty poor and could do with tiny increase.
1 hammer with smith perk can repair the damage of 3/4 enemies hitting it once.

The other issue of Invasion is it kind of only works on full server.
If you have say 10vs10 or 15vs15 then the objectives are a push over.
It's a very badly structured mode.

Too much toolbox in this mode.

Block the locations for the barrels to be placed in camp.
Barrels make you walk at the snails pace and you drop them with any damage taken.
So you probably get about 5% of the players bothered to use them.

Same for the firepits and torches.
A few toolbox buildings and you can't get to them.

Pushing a cart seems okay, I mean more people do it because it doesn't really put the play at a disadvantage.
People enjoy the whole king and commander but it's still boring to attack them because of the time they just turtle behind a few players and toolbox spam.

Maybe the limited maps and content made the game boring for me. Frontline was more random but no one really plays it now.