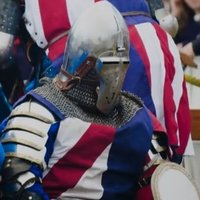 @NoYou said:
They should balance the shields we already have before adding any more

If they did that then no other weapon would be added into the game because of constant balance changes. It doesn’t make sense. Take COH2 for example, had they just focused on just balance before adding new commanders then we would be stuck with just soviets and osteer. No OKW, USF, UKF, even ost commanders for that matter. There are plenty of balance problems with weapons yet more get added to diversify the gameplay with new things to test.

@NoYou said:
They should balance the shields we already have before adding any more

If they did that then no other weapon would be added into the game because of constant balance changes. 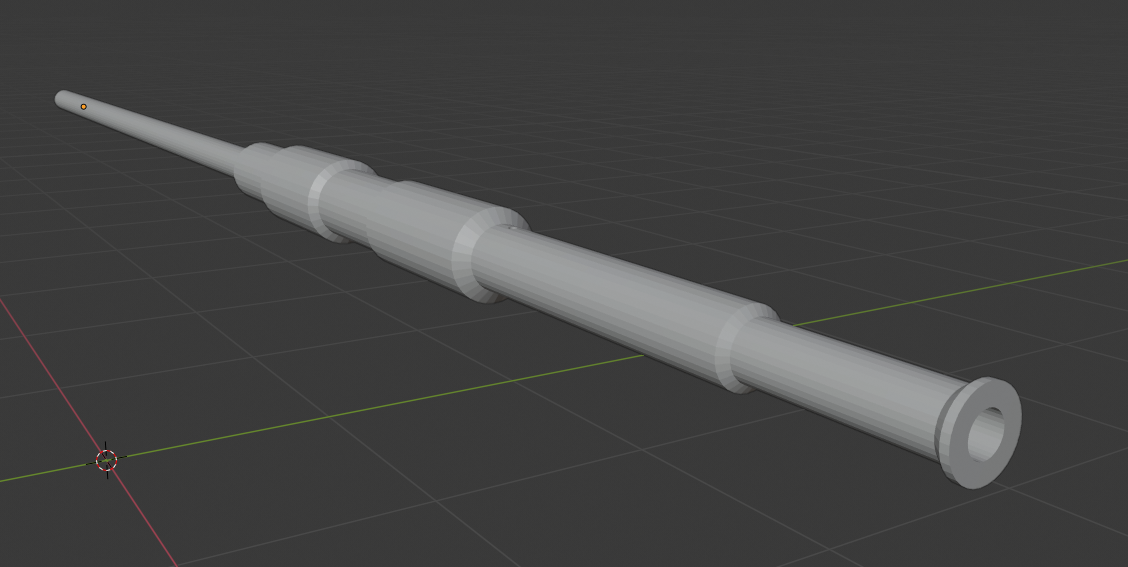 Some is actually modding it for ingame use

After the recent backend incident it got me thinking, why can't we play mordhau offline. This incident exposed a weakness with the game in the sense that players are unable to play even the most basic local play modes without the connection to the internet to ensure that your character level remains the same. After some testing during the incident, I found that even if players were able to open a map through console commands that they are in fact unable to spawn in the map even with the default classes as a result of the internet connectivity required to play the game. This seems unreasonable especially for those who ddont have the best of internet and train with offline bots. Especially the custom mod community because they are unable to access maps and access their mercenary loadout that is saved on the client local files because the internet connection isn't made to the backend servers. You can't play the game you paid for such a simple error. With the recent patch players are unable to utilize certain menu's to primarily prevent players from losing their loadouts. This is great and all but it doesn't address the problem.

After testing with the most recent patch, players are unable to access any menu in the mordhau main menus which might seem like an oversight. In addition to this waffle, players are still unable to spawn in-game without internet connectivity for Local Play. This is nonsense and shouldn't have been an issue since day one. This isn't a BR type game that needs you to have online access to play its mode. What's the point of local play if you can play locally. This oversight is a problem and I highly encourage the developers since they were willing to "amend" the backend issue with a simple patch that disables menus for players. The problem isn't even fixed all it does is disable menu's and further prevents players from doing anything because the game requires an internet connection to play locally

I would recommend the developers to obviously disable certain menu's that involve online play only as without internet connection the servers are unable to track progression. Inaddition, I would allow the player to play offline with their loadouts as normal while disabling the system that tracks players loadouts and allow the player to spawn in game. Should the player comeback online, the system would then check if the player has those items unlocked the loadout would remain the same. Should the player have added any item onto their mercenary that they haven't unlock then it would be removed replacing it with an empty slot. I love the game but it pains me to see such an oversight continue to exists at the detriment of the players that keep the game alive and have invested time and money into a game they think is great aswell

The problem with invasion is that there is no map specifically designed for that mode. All of the other maps were either designed with frontline or free for all prior to its expansion to accommodate frontline like grad or duel camp.

I don't think they would be willing to make the jump to 4.23 any time soon. They have so much still left om their plate to even consider moving up engine version let alone an actual SDK. 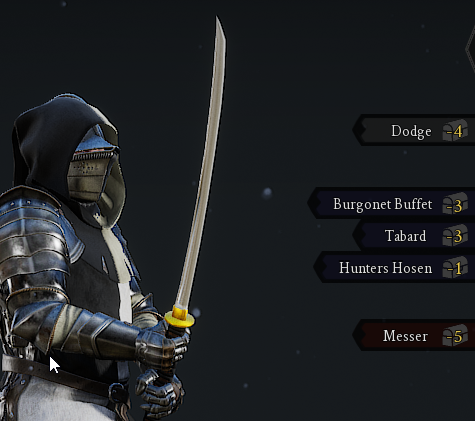 I believe we were promised a video or dev blog as to the current status of the development of the game when the patch would drop.

They should have at least made a list of what was banned in ranked ahead of time. Several of my loadouts wouldn't even work which is rather disappointing. In a game that encourages you to freely build your mercenary, it's disappointing that I cannot play how I would like narrowing down my selection of weapons available which in of self defeats the premise of the game. I would expect community duel servers to limit weapons but not an official ranked server.

From my knowledge the only mods that can get you banned are those that give you a direct advantage over players such as cheats, aimbots, and etc. Cosmetic mods, lute bots, and that sort shouldn't get you banned.

With all the content being produced by the custom content community, I feel it would be in mordhau's best intrest to elevate the sdk on it's priority list. Not only will it benefit mordhau by bringing new life to it, it shall also alleviate problems current modders face that are working on an unofficial sdk to bring content into the game.

Waist up I'll give it a pass, but, when you block arrows with your shins without even aiming to it then I feel we have a bit of a problem.

I was looking over some footage and noticed the parry box for deflecting arrows seemed a bit big. It's covering areas that the sword doesn't even reach. Is this how large it was intended to be or did someone get carried away? Perhaps it can be reduced to a more realistic size. Shields don't even protect you against arrows that low. 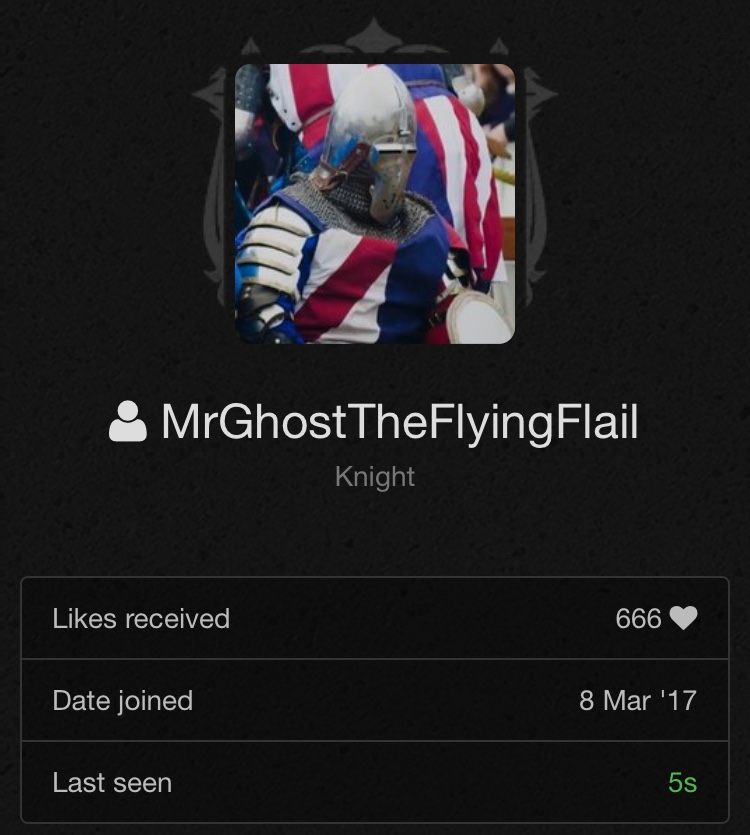 @lordlemon said:
I'd prefer they finish what they're doing before wasting time talking about unfinished ideas

The point of the developer blog is to reassure confidence not only within the community and most importantly , the future consumer of the game. Regular developer blogs are very common with indie developers. It shows that the developers are committed to the towards the longevity of the game by displaying in development content through clips of videos or pictures of what is currently available. To just do updates when they are done with long periods of silence will give the impression that the developers are not active in informing the community of future updates thus the community would not feel involved in the development of the game in a passive approach. The lack of communication currently is either caused by slow development cycles, poor communication by the community manager who is responsible of being the PR outreach of the developers, or the fact that a select group of community members are currently the only ones truly informed of the current state of development as of their (prior connection with developers, apart of the niche competitive community that existed in Chivalry, or people of interest such as prominent Mordhau streamers).

The root problem with Mordhau and retaining players is the lack of a centralized point of communication in the form of developer blogs. At the moment the only way of being truly informed of the future updates of Mordhau is either by getting information from the “private group”, scour multiple social media sites such as (reddit, Mordhau forums, discord servers, or by watching jax’s Mordhau streams in which he will wander questions regarding the development of the game which is the primary source of viewership), or through leaks such as the new gamemodes such as siege mode, future weapons, even maps such as crossroads. It’s currently daunting for the consumer or potential consumer of the game to find any relevant information regarding the development and future development of the game in a timely matter which only serves to the detriment of the game. The game could benefit greatly from a roadmap of the future even if they have yet to reach such goals internally. In the end let us all hope these developer blogs continue in regular intervals for the sake of eh longevity of the game.

Things the developers more importantly the community manager can improve upon

1.) Create a Roadmap of the game outlining goals of the development team seeks to achieve in the near future

2.) Create developer blogs in regular intervals to give the consumer reassurance in that their investment in the game is warranted

3.) Centralize all source of development progress in one place for everyone to see. There have been attempts in the past to do this however they failed due to a lack of developers / Community manager posting in those threads regarding the development in the game

4.) Do developer streams where the developers get together on let’s say twitch to answer question in addition to showing off current work in progress content. Look at the indie developers of Post Scriptum and Foxhole for examples on twitch

Let’s hope these development update stay consistent. Hopefully we shall see a roadmap for the future of Mordhau. 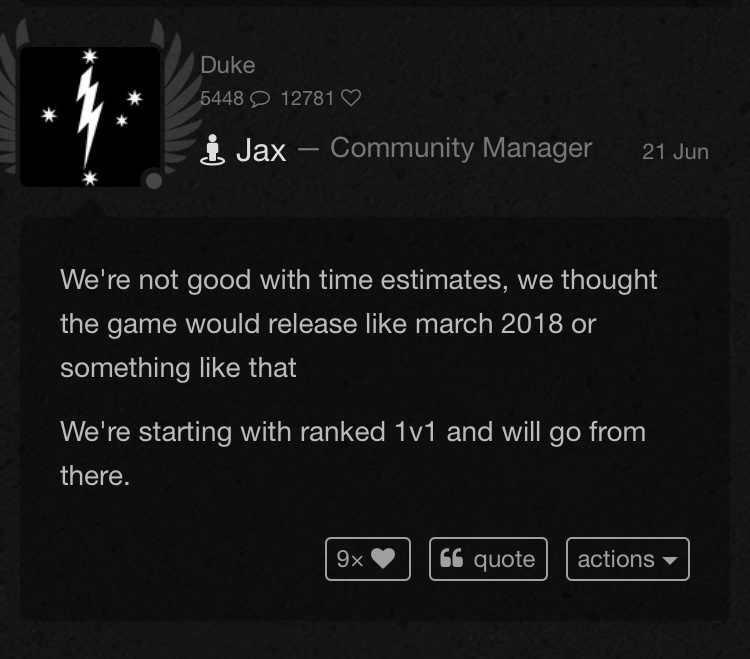