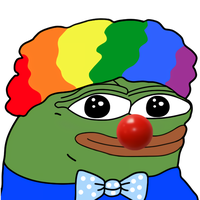 Please keep posting this is hilarious

@MRELOSEPOE said:
I'm amazed how people still feed the shit out of ToLazy4Name on this forum

@DrGert said:
The only problem would be if the enemy team jumped on your ballista. If they were pressuring your base and using it against you, you would have no way to prevent them from wrecking you with your own weapons. This happens on Grad all the time.

@enjoyurrespawnarcherscum said:
I actually cannot believe how stupid you are. Seriously, you are so stupid it's honestly fucking stunning. I mean rock-hard stupid. Dehydrated-rock-hard stupid. Stupid so stupid that it goes way beyond the stupid we know into a whole different dimension of stupid. You are trans-stupid stupid. Meta-stupid. Stupid collapsed on itself so far that even the fucking neutrons have collapsed. Stupid that has gotten so fucking dense that no intellect can escape. Singularity stupid. Blazing hot mid-day sun on mercury stupid. You emit more stupid in one second than our entire fucking galaxy emits in one year. Quasar stupid. Your post literally has to be a troll. Nothing in our universe can really be this retarded. Perhaps this is some primordial fragment from the original Big Bang of stupid. Some pure essence of a stupid so fucking refined and uncontaminated by anything else as to be beyond the laws of physics that we know. I’m sorry. I literally can’t go on. This is the epitome of stupid for me. Please, do mankind a favour and never post anything ever again, you utter fucking waste of oxygen. Fuck you.

It's a copypasta, welcome to the internet

@LuxCandidus said:
The gold and experience you receive at the end of a match mostly depend on the duration of the match. Points or K:D ratio are a very miniscule factor. Do not worry about them and play the game in the manner you like.

what if the xp/gold you get for kills depends on who you killed aswell, like for an exemple higher level players or those with better ratios worth more, this bonus could also be on dependant only on damage rather than kill, so killing a melee god by inflicting 20 damage give you 20% of his added skill value.

yeah this is a great way to get a bunch of 6-7 noobs to gangrape 1 skilled player because "muh gold".
fundamentally terrible suggestion.

I agree.
They should 1 shot t3 helmet instead.

@ScrapHeap said:
Inventory bug:
In Horde, when inventory full, money can still get spent on items (money lost, item not picked up).
The weapon is dropped onto the ground. Sometimes it stays inside the model of the purchase item, but it does appear.

Even the chivalry subreddit is mocking you

I've had more success by spamming with the recurve while lagging than actually aiming for an enemy. Of course, I'm not close to being a decent archer, but even with landing consecutive shots, it is hard to score a kill.
While the head hitbox bobs around a lot during attacks or damage animations I struggle to land my shots on those enemies.

I feel like that archery is slightly too hard to pick up in this game.

@Xanith said:
My question is why add a 1 handed weapon that's better than what the poleaxe for fewer points?
It needs to do less damage, I don't mind two-shot headshots against T3 with alt mode, but 74(or 76) damage is incredibly punishing for a weapon with tons of swing manipulation.

It's so slow I can't react to it

Nah, I like it. It gives me some actual slash damage, and the fast stab is my preference. Very easy to fool someone with those animations. People don't usually fight against mordhau grips, so I have more success in duel servers with the alt mode

@das said:
Sometimes I wish I could use Maul or Longsword for eco round in CSGO.

Unfortunately, due to historical limitations, nuclear warhead missiles are not currently available

@x_Hellic_x said:
Hi everyone! Well, after the last update (with crossroads and stuff), i can't anymore share Mordhau, using Steam Family Sharing. I was looking for a solution to this problem on the Internet, but I could not find anything. Please, help me :(

If I need to provide any screenshots or info - I'll post it.

Also, sorry for my bad English

That was intended. Cheaters were using family sharing to get extra accounts to commit nefarious acts with

I have had so many times where my billhook just passes through the rider's body or I get bumped while they are 3 meters away then get killed by couched spear
Horses are anti-skill basically, they put the onus of having to be good at the game on your opponent, not you. You hold down W for ez kills