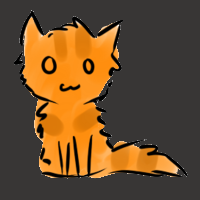 When I don't have an argument I just accuse everyone who disagrees with me to secretly be the kind of person they disagree with. That'll throw them off the scent! No I am not acting threatening in a fast food place at 2am, it is in fact surprising to learn for you perhaps, that it is everyone in this restaurant complaining about me waving a tray around menacingly who are acting threateningly!

Why do you say "Whamyn" and not "Women"?

@CatR said:
What does it matter what skin colour you have?

Nothing. All I want to do is preserve my culture. That's allowed right?

Sure, then you'd be fine with the compromise that the white skin tone is gradually bred out of the population but the culture remains?

If that would be the case, it would be great. However my culture is being erased as we speak.

That is sad to hear, I hope you get it back some day.

@CatR said:
What does it matter what skin colour you have?

Nothing. All I want to do is preserve my culture. That's allowed right?

Sure, then you'd be fine with the compromise that the white skin tone is gradually bred out of the population but the culture remains?

What does it matter what skin colour you have?

This thread is beautiful

@CatR said:
Eid Of Norway of course neglects to mention the Jewish and Romani presence in the 19th and 20th centuries, which were greatly diminished in the 1940s due to the systemic extermination of these peoples.

Jews and gypsies were never found in large numbers in Norway, and their presence in Europe has always been destructive. They certainly didn't shape European history in a meaningful and positive way. They have always been to Europe what fleas are to a dog.

The Mordhau forums ladies and gentleman.

@Dialectic said:
"May be temporarily/permanently banned from official servers"

What's your position here? There are already people that haven't been banned from official servers.

What I want is for you to stop your bullshit. Don't come up with ridiculous excuses. Just say straight away "I want to annoy people. That's just who I am." Keep it honest.

Heck, I love annoying people. In fact I only write a serious post if I think it will annoy someone. More people should get down on this idea.

Eid Of Norway of course neglects to mention the Jewish and Romani presence in the 19th and 20th centuries, which were greatly diminished in the 1940s due to the systemic extermination of these peoples. Also ignoring the fact that Norway aside from its indigenous native population which was forcibly integrated with violence all throughout the 20th century, Norway has for the past 500 years been split between rural areas and commercial harbour cities such as Oslo and Bergen where German and Danish trade ports existed; facilitating international trade. All good Norwegians are of course familiar with our traditional "Aquawhite" spirits depicting foreign exotic locales where Norwegians did business and traded, and our extremely racist chocolates and sweeties.

Other than the extensive records of foreigners settling in these places, Norway and Scandinavia as a whole also has a great tradition of sea-faring before the 1500s where sailors and robber barons from all the North settled in such places as Russia and Italy, and in fact sometimes if they bothered to return to the icy wasteland we call our home they usually brought more than just goods WINKY FACE. Of course even earlier settling of the British isles being relevant; the tradition of taking women of foreign cultures as slaves explicitly for marriage and integration into Norwegian society is also well-established.

Of course this, broadly speaking, thousand year period, made Norway bizarrely multicultural along its coasts compared to the inland, so multicultural that the language itself was not the same region to region hence why Norway today has 2 written languages. The close proximity with empire and the constant presence of international trade and a strong seafaring cultures made Scandinavia a presence almost all over Europe. Though with end of the second world war tensions between countries ran high, entering into the cold war of which Norway was no small part due to its advantageous military position for the USSR and the important NATO ally for the United States, anti-Americanism blossomed through this period and it was not uncommon growing up in the 70s or 80s to have mothers give you a proper slapping for liking too many American things because foreign things were according to them: very dangerous.

A general fear of the outside world has been a present factor in the Norwegian national identity ever since the writing of the Norwegian constitution in 1814 which notably, while unusual for its time counted women "mostly" equal to men, made a specific mention that while all men were created equal all Jews and Jesuits should keep their mouths shut. This proved controversial for the obviously anti-humanitarian foundations Norway had been built on as a fledgeling state of the enlightenment period and was changed in 1851 after almost 10 years in dispute, voted on three different times in this period prior to the successful vote in 1851.

This has been your brief history of Norway! These are the parts Eid neglected to mention when he perpetuated the myth that foreigners of different creeds and colours didn't arrive in Norway until the tail end of the 20th century, they had in fact been very prominent until a bunch of them were murdered. However it is very convenient to ignore these factors when one decides what's fact or fiction based largely on emotions and dictate statistics on a whim.

My favourite medieval game: League Of Legends! I remember at the battle of Hastings where Alan the Red picked jungle and rushed for red buff (hence his name) and laid waste to the English top lane.

When you put it like that you've really opened my eyes. Can't believe Vice lied about what the community is like when it's obviously filled with well-meaning straight white people like you who just want a game catering exclusively to straight white men.

@Atlas-D said:
Yes, it's completely reasonable to compare someone who actually had sexual activity with minors to [the Mordhau community] and [those guys who make 'Women shouldn't be equal to men' threads on the Steam forums]. Not every country has [laws], you sexy skeleton you.

You can join us next sunday when we slay some more Romans. :)

It's not really my bag, but I am glad you are enjoying yourselves.

There is 0 (zero) evidence that they condone white supremacy. None. Not one bit.

Other than this forum and the discord, and the game. To condone does not mean to 'engage in'.

@Ayyske said:
(As an aside, "Historical Accuracy" is one big can of worms, but everyone seems to treat it like "realism/immersion" as in, their experience will be ruined by the presence of women jarring them out of their connection to the game. And I just gotta say, character goofily spouting memes like "art thou mad, brother?" has killed my immersion more than an appropriately in-character female knight ever could. Not that I think it matters cuz this is a fucking multiplayer game and true immersion is kind of a joke given that.)

Aside from this entire discussion, the 'Art thou mad, brother?' line literally made me cringe the first time I heard it. I momentarily wondered if I had been transported 10 years back in time, and I have literally not had as visceral a reaction to any other part of the game or indeed other games for years. If I were ever going to start a campaign for immersion or realism in Mordhau I would fight and die on the hill of removing that line. I would genuinely have "Vote for Shrek-mode" over having that line in the game. Holy heck I am stomping on my hat in anger and throwing stuff around the room kinds of angry at that line.

@LuxCandidus said: And since people are so quick to point the finger at the developers and accuse them of being complicit with the racism, let me point the finger at that journalist and ask where all his outrage at Mordhau's setting was when he was writing his previous article on the game,

I can think of a few plausible scenarios, the chief being that this person enjoyed the game and hadn't taken a stance on it ethically yet. Sort of like how most people deal with everyday activities. I don't take an ethical stance on my jeans very often but when I do I find them lacking. Perhaps they enjoyed the game but heard that all of their grievances were solved in future patches and they should just wait a little bit because the devs are so terribly overworked, and so the person held their peace. Then when the future patches didn't even address it they wrote an article using Mordhau as a reference point for why medieval games are such a slurry of filth. Seems fairly reasonable to me not knowing them or looking into it.

Now, your turn: Why are the developers of Triterion allowing a white nationalist community to grow in their forums and associated community sites without interference? I'd ask them but they're not here. Actions speak louder than words.

@CatR said:
John, I've looked at these numbers and I ran them through the machine. The machine says there's a 13% likelihood of the community fixing itself, but 0% if we try to do something about it. The machine doesn't lie, John, the numbers clearly say that nothing we do has an impact. We should do nothing until I've run further tests. I am pouring green liquid into a vial of red bubbling liquid with dry ice on it now. It doesn't look good.

I don't know about you, but if you're not being sarcastic or joking, your 100% right doing so. Bickering and complaining about toxic players only encourages them further. In fact, it actually attracts more people because the attracted player knows people will get triggered if they do this and that in this specific game. The devs have just stated that they do not have the time and resources to track and hunt down everyone who said a word someone didn't like and ban them. Yet, people still want to ban each other for toxicity when in games like R6, it has done nothing to prevent people from acting like assholes.

John, I've looked at these numbers and I ran them through the machine. The machine says there's a 13% likelihood of the community fixing itself, but 0% if we try to do something about it. The machine doesn't lie, John, the numbers clearly say that nothing we do has an impact. We should do nothing until I've run further tests. I am pouring green liquid into a vial of red bubbling liquid with dry ice on it now. It doesn't look good.