The one thing that dueling has really taught me is that I don't enjoy the combat system is much as I thought. For me it all comes down to feinting and reading and that's just not that fun for me. Players seem to have the ability to just make their weapons "stop" and wait. You think they'd run out of stam, but they don't, and the minute you parry, you get hit. Don't even get me started on dodge users.

It's not fun, and for that reason, I've stopped playing.

The fuck did I just watch?

@lordlemon said:
i thought the Templars were the police

WE WILL TAKE JERUSALEM!

@Tr0gledyte said:
Objectives are too easy for the attackers. Matches are over quickly with lots of time to spare. It also feels dumb to be forcefully respawned along with 10 of your teammates just because the other team rescued the last hostage or something.

I haven't seen many matches where the defenders won.

I agree on most maps. Camp seems way too easy for attackers. On the flip side I've found a couple down right frustrating for the attackers. Filling the mine cart on Taiga is a nightmare experience. Depending on the players, killing the warden and king on Grad can also be frustrating.

This has just been my experience, YMMV. Either way, having frustrating gameplay for one side is never good, no matter who it is.

This is most of what frustrates me about the game. I feel like I bought into falsely advertised "early access," The game could be great... eventually. Meanwhile it's been released and a lot of people have dipped out. They had one chance to make a good impression and they kind of squandered it.

But they made millions already, so who cares, right? That's just how the game industry seems to work nowadays. I just held out hope since this isn't a AAA studio. 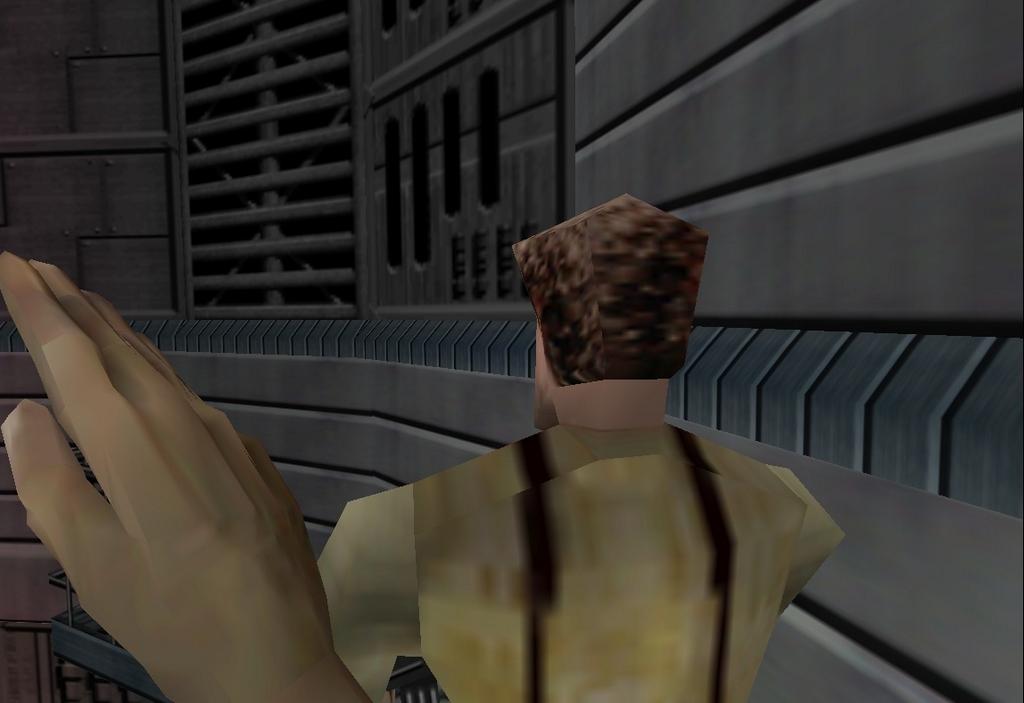 Mordhau is dying because the devs promised to remove chiv bullshit and instead created new bullshit. Archery OP: let's nerf it and add horses. Chambering is crap.

They catered to sweats, so this game deserves to die. You either broaden your appeal or be happy with 1000 players at years end.

Constantly placed in a match with 80 ping vs. 60 or under. I live in Florida and queue US East. Why the heck is my ping so high and how do others get such good ping?

For the record I also get 88 ping on official frontline servers and have to resort to using the server browser and often times play on community servers. Can't do that for ranked.

Never really messed with the faces in this game. Not that great, but I wanted to contribute. 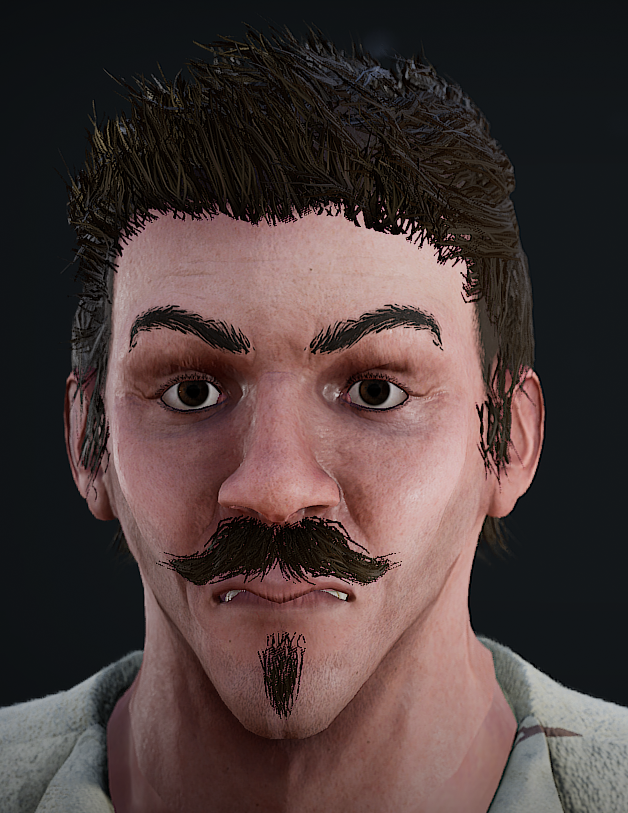 Shit posting aside its ironic that even at archery's most absurd level in Chivalry it didn't stop "muh melee" players from playing Chiv. What stopped MOST people from playing chiv were drags/accels/animation fuckery/feints which is pretty much sanctioned gameplay at this point. People were scrimming against a literal hacker (bigs) in a game where archery was broken as all fuck and still didn't quit the game.

The developers stance toward gameplay that isn't 2h duel/skirm meta and token 1h weapons is troubling. At this point we will never get systems like shields/archery/horses to be balanced because they simply just don't care. We will still have broken perks like huntsman long into 2020 ruining longbow 1v1s because "hurr it's a melee game!"

Furthermore it makes me roll around on my floor laughing because most of the things that were retarded about Chiv archery were simply offloaded into other areas. Horses being able to 1 shot you while having less of a skill ceiling than being a good projectile aim player is fucking hillarious. Catapults are hillarious. Ballistas being more overpowered that anything that chiv archery offered is hillarious. 2 hit body shot javs also 1 hitting t2 helmets is hillarious. (devs played comp chiv btw) Come on Mordhau devs.

This is what gets me. Archery is the devil but horses being able to couch me in spawn is fine? I think horses are a bigger problem honestly. Yeah, I have a billhook, but the skill it takes to fight a horse vs. the skill it takes to fight ON a horse is a huge gap. I understand horses are force multipliers, but in a game that is supposidly a "melee game" it doesn't add up. They shit on the "2H meta" as much as the other things, but I guess MLG players need a way to top scoreboards.

I'm more annoyed at getting spawnkilled by horses than archers at the moment. Just throwing that out there.

To make people mad. Was watching a stream this morning and there was literally a 30 minutes "shields are cancer" segment, it was pretty funny.

I love how mad people get over shields, and use them more because of it.

EDIT: He just ragequit a server because shields. Love it!

@HansTragarsky said:
Patch #7 and the only thing they did, is reducing the cost from 7 to 6.....thats it
The thing still sucks but costs 1 point fewer. GS and Zweihänder still have (unlogically) way more reach than the Poleaxe
The Dev's really dont give a shit about this weapon

Which is a real shame. I wanted to give it a go, but the GS is just better. Now if I take it I get one point back. Now I just ask myself "is the bandage worth it?'

No, no it isn't, the greatsword is just that great.

@Minion said:
i doubt the devs are going to do anything that would disrupt 2H weapons, outside of a few things the game for all intensive purposes is chiv, its most vocal supports are chiv players.

Yeah, it's obvious even to someone who new to this game. Archery and shields were fine in games like M&B, but here they are the devil and must be nerfed into oblivion. I don't even play with ranged weapons and I'm pissed at how they work. As a long time sword/shield player in cRPG I was very disappointed in how they worked in this game.

I am not expecting a 1 to 1 conversion here, but it didn't take me long to realize I'm better off just grabbing a 2 hander. I can run 3/3/3 and still get a 7 point weapon. Archery damage is negligible and I can also hide and regen health. There would have to be a huge change to get me to give up the range/damage on my 2 hander to get me to use a shield.

Not holding my breath. Game doesn't look like it's changing anything at all. We are getting one new map and competitive dueling. Later I heard we are getting 5v5s, but in terms of pub play this game is going to be dead I feel.

I play games for fun, not to top leaderboards. Wish I knew sooner I was not the target audience. Feels like Mechwarrior Online when they tried to push E-Sports and all of us Faction Players were left in the cold.

I don't play as much because FL seems like a terribly balanced mode that isn't really enjoyable. Could be the mode, the maps, I don't know but it's just not fun.

BR feels like it was just put in for meme potential.

Horde Mode is just terrible. This is coming from a guy that played a ton of Defend the Virgin back in the day.

Skirmish can be fun, but most of the time just results in lopsided matches, no experience with TDM. The thing that really surprised me is that there are official servers for both Skirmish and TDM, but no matchmaking. I feel like Skirmish could be made more enjoyable with MM. It seems like they just pushed their frontlines mode and called it good.

Lack of maps in FL pretty much just kills this game for me. Want to win, pick red. Want to get farmed, pick blue. Add to that that Victory/Defeat is pretty meaningless and the whole thing feels like TDM with flags and I can see why the playerbase is dropping off.

There is an expected drop off yes, but this game really needed to release with more. I'm not even talking about much, but 4 FL maps was not enough. The game seems really solid mechanically, but it only had one chance to make a first impression.

I'm getting tired of games releasing with bare bones and promising more after release. Just glad this game didn't ask for a full $60.

All I ever see is a dedicated few using pans or caveman clubs. There are tons of other peasant weapons. I feel like they need a abuff so more people will use them.

They don't do very much damage, and the perk costs 8 points. I propose that the perk cost be lowered to 0 and the club needs to be buffed to one shot heads.

@smellycathawk said:
Guys weapons are too powerful they need a nerf 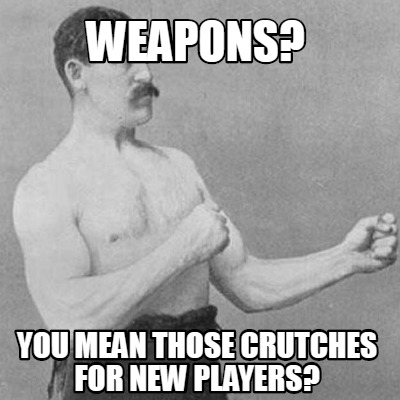 I disabled chat day one and haven't looked back. If I REALLY need to see chat I can press Y.