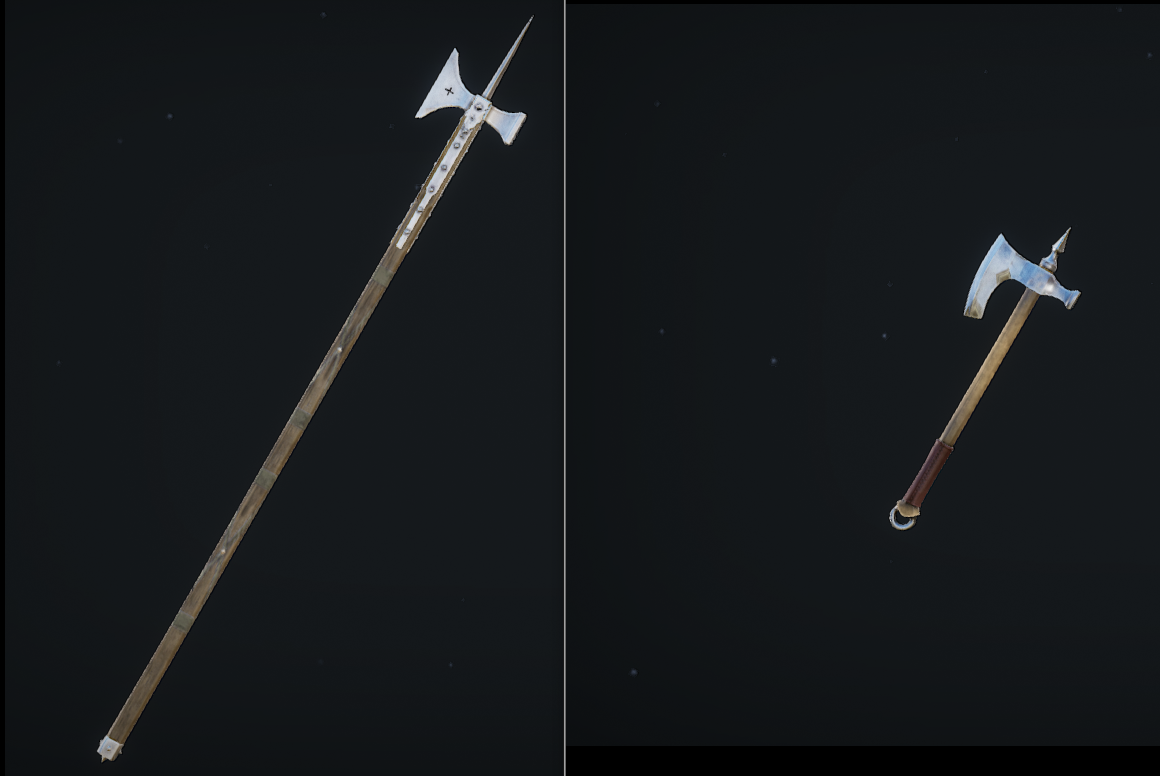 Here we have two weapons that serve a more or less similar layout, an axe side for soft targets, a hammer side for hard targets and a spike for reach. The only major difference being in length (physically). So you'd think that the pollaxe (PA) would be able to beat (or at least match) the Heavy Handaxe (HHA) in terms of damage due to the extra force from the length, but that's not the case in-game... 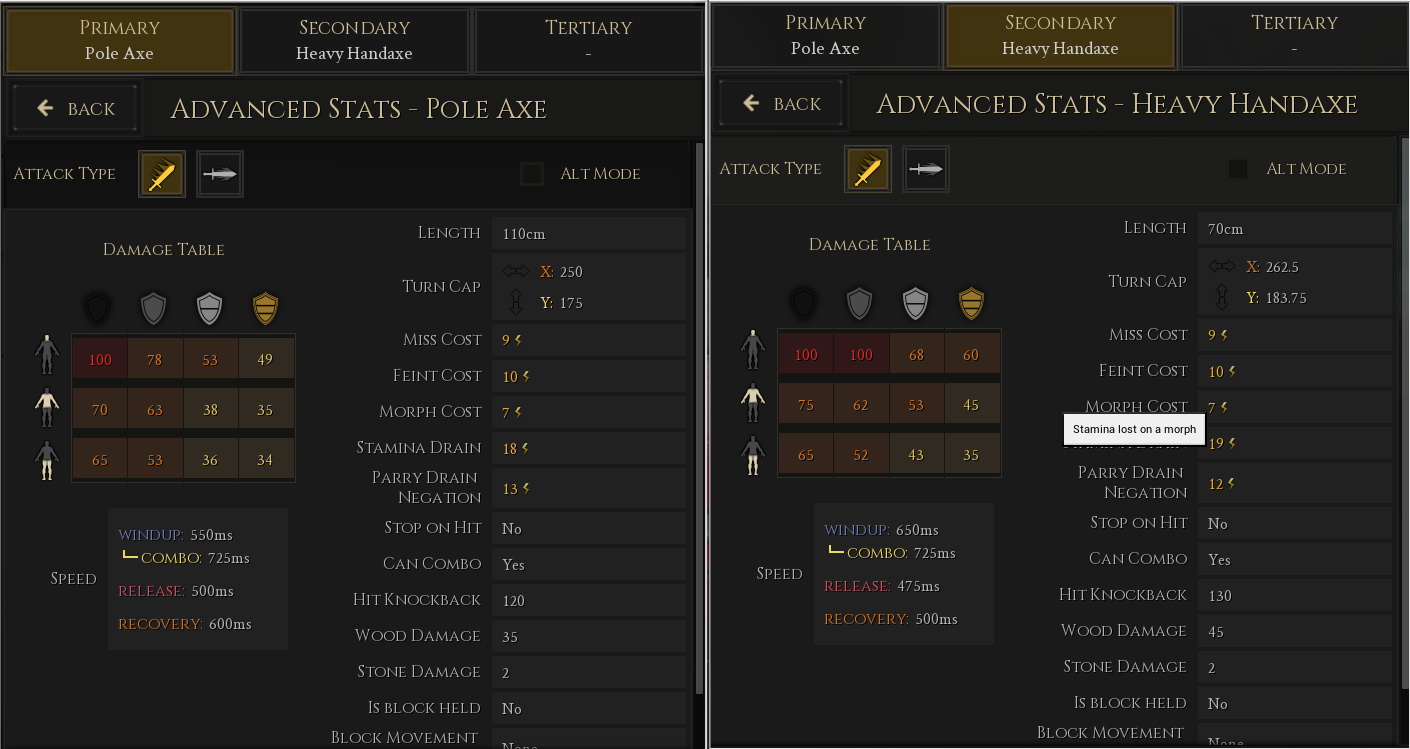 The axe side of both are slashing attacks, able to cut through multiple opponents. Here we see the shorter HHA performs either on par with the longer PA or slightly better damage-wise against the body/legs. BUT when hitting the head of the opponent the HHA provides a 1-hit kill on cosmetic and light armour whereas the PA is a 1-hit kill on only cosmetic with the damage being a fair bit below the HHA for light, medium and heavy armours. 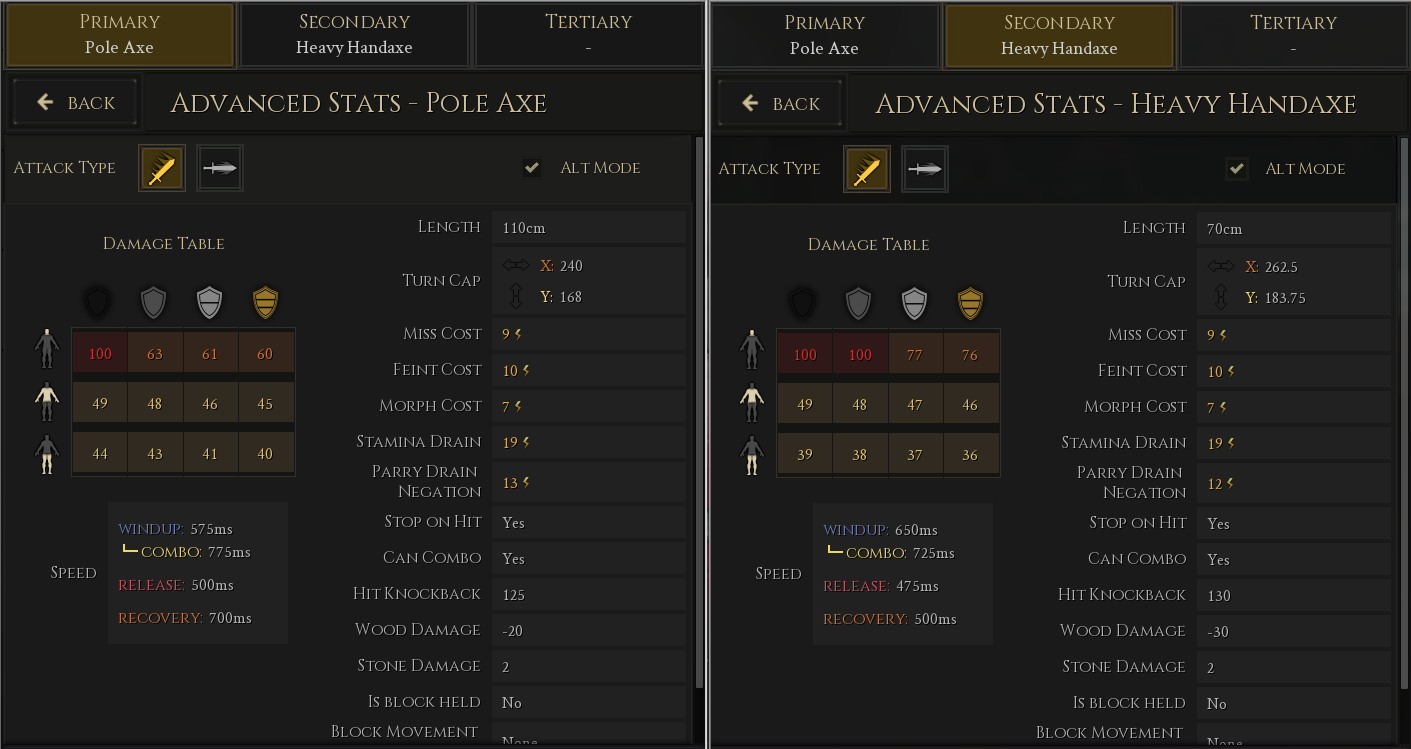 The hammer side is the alternate option when swinging and offers a hard-hitting blunt option for armoured opponents. With both hits on the opponent's torso or legs are very similar when it comes to damage output. BUT again when it comes to hits to the opponent's head the HHA provides a 1-hit kill on cosmetic and light headgear whereas the PA is only a 1-hit kill on cosmetic armour with the damage for light, medium and heavy headgear being (nearly) identical. The HHA does have this non-dropping damages for medium and heavy headgear but still remains higher than the PA's damage. 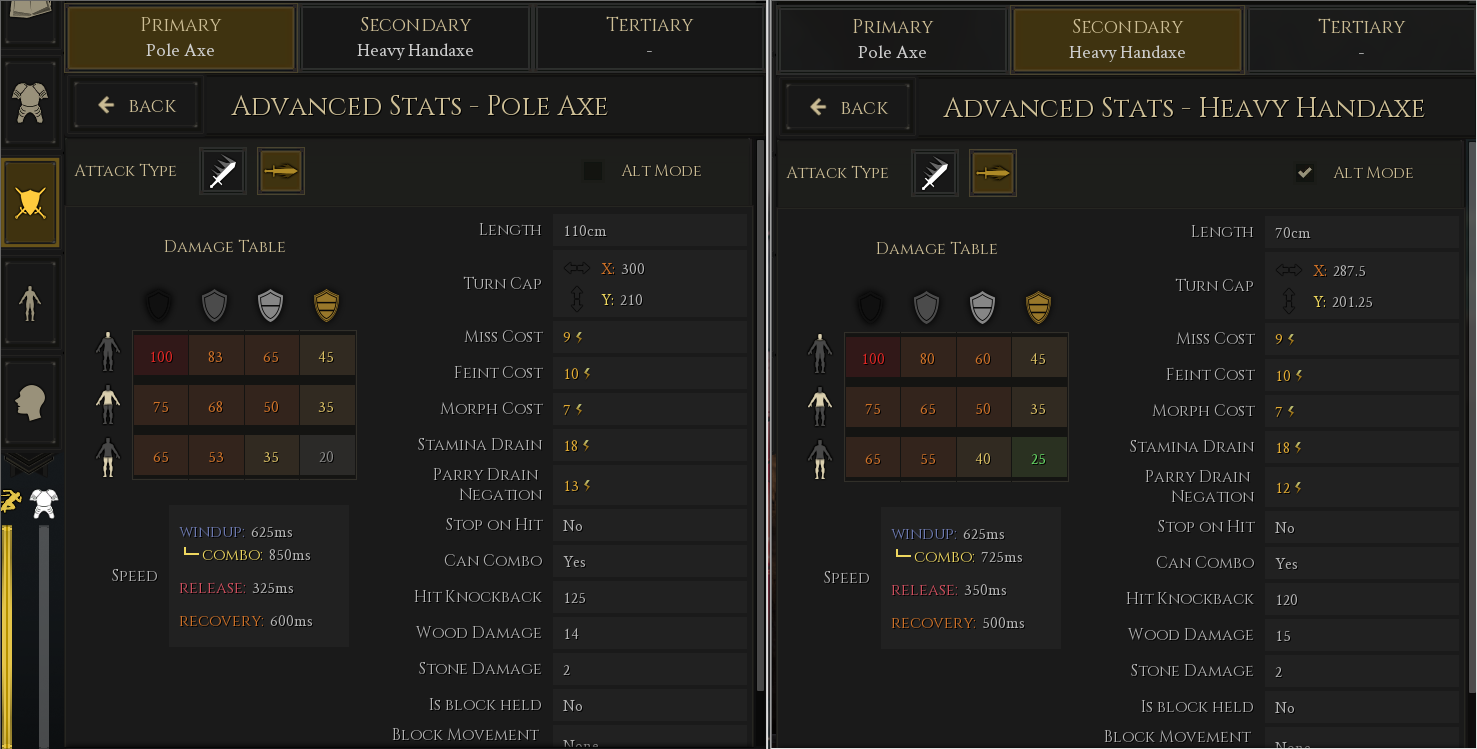 The stabbing of either weapon is more or less identical damage-wise with only slight variations in damage.

Conclusion:
For the 2 point cost increase, you get a longer weapon that does less damage that has a quicker windup but slower recovery. What I would like to see is the PA to have a more consistent damage output compared to the HHA since they are essentially variations of the same weapon head with the only major difference being length.

Feel free to comment your opinion and corrections, for this I glanced over the speed and other stats since I'm concerned about the damage discrepancy since the PA is already a sideshow compared to the damage of the battleaxe or the speed of the waraxe with only reach and utility being its bonus.

Thanks for reading
-Rada