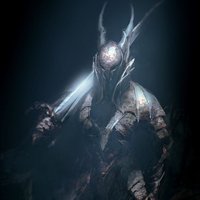 @[email protected] said:
Pricier than the Klatzberger? That weapon is 80k gold, a near impossible thing to get for anyone but the most dedicated players.

Wrong, you just have to save your gold and you will have 80k in no time.

@Si vis pacem, para bellum said:
I mostly agree. Imagine you place bets before a game and agree to 1v1 with longswords (as an example). There's nothing that stops the other player from equipping a shooting weapon like a recurve or smt and shooting you with it as your duel starts.

Tbh I think what Mordhau needs in terms of competitive mode is something like in CS GO.

Managing economy to buy weapons and armour would really fit Mordhau and allow for certain rounds where people run around in light armour using Cleaver/Short Sword to create some interesting gameplay.

On top of that, some kind of sneak mechanic and map design with 2 objective areas would be sick. The only problem is that the devs don't have the resources to make at least 3 new maps based on that idea, they will probably just re-use whatever they have now.

However, I really would like to see management of economy in a competitive mode.

Edit: If comp turns out way different than this, I will make a mod once SDK is out to give that CS GO comp gameplay.

@PC_Principal said:
you're reading a lot into my comments now and being arrogant. Play some frontline noob. 1v1 is for people who can't focus on more than 1 guy

Just keep your mouth shut if you have no idea about the game...

@PC_Principal said:
How to balance 1 shot weapons? shields. You can remove shields on your own duel server. Thanks for the conversation.

You are being an arrogant retard here, not me. Get out of your basement from time to time and talk to people. Goodbye.

@PC_Principal said:
Pretty sure I can judge anything in this game, especially shields, because I played them quite a lot. You on the other hand, sound like you rarely played shields and just wanna swing through everyone with some bigass weapon in frontline.

No you can't, because I am talking from a competitive view point (duels & skirmish), don't even play Frontline. In Frontline they are just annoying, not threatening. Kick works everytime. Come to VK server and 1v1 Stunlock Master X and you will change your opinion about shields, because kicks essentially become a gamble.

Dueling with rapiers on 1v1 server, doesn't sound like a lot of fun or challenging to me, neither does swinging a 1 hit weapon. How to balance 1 shot weapons? shields. You can remove shields on your own duel server. Thanks for the conversation.

Bruh the only one-shot weapon in the game is Maul. You are just a dude playing turtle on Frontline servers. How to counter 1 shot weapons? Parry.

@PC_Principal said:
That doesn't prove anything, I'll get rekt vs any (really) good player in 90% of cases. I'm still messing around on Frontline only, don't care much for 1v1 servers or deathmatch. My maul, mace, eveningstar, cleaver, spear and basically all efficient stabbing weapons in the game are good vs shield so I don't see the Issue there really. The fact we can kick shield users is enough. If someone has light armor and moves back to avoid kick well... feint into kick, morph into kick, hit him above or below the shield. I've had way less problems killing shield users compared to wildly swinging 2 hand guys that fake run from you and 180 swing at you with some weird accel.

Shield is only good if you can time the blocks and at that stage you don't need a shield. If you just hold the block, you can negate enemy accels and drags and sometimes feints, but that renders you more vulnerable to just getting kicked or even backstabbed because your enemy walked and dragged his weapon around you.

You can't judge shields if you are only messing around in Frontline mate... They're scuffed af

@PC_Principal said:
Wanna hear something funny? I dropped most my shields. I think the shield is more of a handicap since help block obstructs your vision and you won't be able to see everything the opponent does. Also, held block got me bored over time and I'd like to master the timed block instead, this is also a reason why I drop my heater shield.
Cleaver and heater was a good combo but still outranged and left alone in a 1v5.

That's not funny. Try fighting an actually good shield player in 1v1 and you will get rekt. Held block is boring af I agree.

@PC_Principal said:
I like the cleaver honestly but it's high damage yes. I still think it's a good sidearm only, tried to run cleaver main builds.
And it doesn't have any range, cleavers are only good close up, which limits those builds to occasional flanks and backstabs. Guess it has a high block cost like most the small weapons too.
If anything, its damage against t2 and t3 armor should be nerfed a bit.

Cleaver+Heater is extremely strong in the right hands. Probably the fault of the shield and not of Cleaver though.

@FΞNIX said:
That's litterally the least important in-game fix i've encountered so far, I'm not saying your request is bad ... it's just not the right time.

It's a 5 min fix on the dev time, literally just have to change a color value.

Peasent weapons are very underrated, a mode like this would result in the nobles getting stomped.

That's what you want out of the game, ignoring everyone else is selfish. Mordhau is one of the most competitive viable games out there, not going competition/esport/ranks route would be dumb. Also, ranked will co-exist with Frontline and Invasion, so what do you even want?

OP suggested the cosmetics being added to the gold store after the season, you don't even need to play ranked if you want the cosmetics.

@das said:
It's possible, my account has black armor but if I log onto a different account and play, I can use my loadouts with black armor (well, at least whatever pieces I have unlocked). As long as I don't swap the metal tint to anything else, the black tint remains. Third parties have confirmed that I have black armor as a sub-70.

Doesn't sound good... This stuff should be server-side or not? Weird bug...

@Goatie said:
Because not every game should hold your hand. Those no life neckbeards are dedicated players and developers are lucky to have them. Unlike people who can't immediately stomp without practicing and leave the game.

Why do people keep saying that like it's some point of pride? This game will end up with 500 neckbeards interfighting if there is no ranked matchmaking for all the major game modes. You sound like you want this to happen.

OP talks about as if ranked MM will make his attacks better, it will not if he won't try to get better. Everyone sucks at some point that is more likely about time spent in game than the matchmaking. He has 20 hours only, pls. His problem isn't with matchmaking imho.

Not everyone can put 3+ hours a day into a videogame everyday to "get better". He just wants to play, enjoy his time and not get stomped in duel servers to maybe some day become good at the game.

Ranked mode will literally fix this by allowing bronze to play with bronze.

If this guy is to be believed, please fix this bug. I can provide screenshots of people having the black tint and their level on the scoreboard.

@Finlandiaperkele said:
No. This just forces people to play ranked even if they don't care about it, ruining it for everyone who does.

Not really because the item is added to the store after the season.

Adding to my comment above, I think one cosmetic piece of armour or weapon skin per season is enough, because otherwise the rewards will end up like in World of Warcraft, where at some point in time the developers will run out of cool ideas and the playerbase will go what is this shit skin, not even worth grinding. On top of that, Mordhau is a special case where armour and weapons should look somewhat realistic and be based on history. I think the developers should start dropping the latter though, because at some point, you will have implemented most of the cool historical armour and weapons, and then what is left to add to the game?